ASU Emerge celebrates the legacy and potential of human inventiveness

Arizona State University's Emerge, a festival of futures, interweaves art, science and technology to explore the future in evocative ways.

Emerge will showcase the many twists along the road to innovation: unbridled imagination, exquisite observation, epic and mundane failure, surprise and serendipity. Emerge will take visitors on wild rides through the past and spark new thinking about the future of invention through hands-on activities, performances, workshops, exhibits, lectures, experiments and interactive environments. 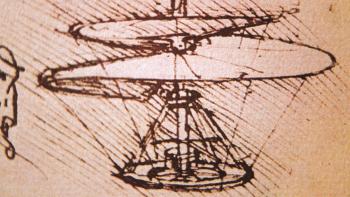 This year’s Emerge is a celebration of human inventiveness to mark the 500th anniversary of the death of Leonardo da Vinci and all those devoted to exuberant, unconventional invention. Download Full Image

This year’s Emerge is a celebration of human inventiveness to mark the 500th anniversary of the death of Leonardo da Vinci and all those devoted to exuberant, unconventional invention.

We wanted to honor Leonardo not only for his brilliant inventions but for his boundless curiosity, which led to many discoveries spanning science and art,” said Ed Finn, director of the Center for Science and the Imagination and Emerge co-director. “His life demonstrated how great ideas come from synthesizing many different kinds of information.”

Since its inception in 2012, Emerge has pushed the envelope of performance, technology and critical thinking by building, sharing and experimenting with visions the future.

The event, taking place on Saturday, March 30 from noon to 8:30 p.m. at Old Main Lawn on the ASU Tempe campus, is free and open to the public.

“We are all inventors and innovators and often just need a creative push to explore our potential. At Emerge this year, visitors will have the opportunity to play with the idea of invention and explore the myriad ways that invention changes and evolves over time,” said Emerge Director Cynthia Selin, an associate professor with the School for the Future of Innovation in Society and the School of Sustainability. 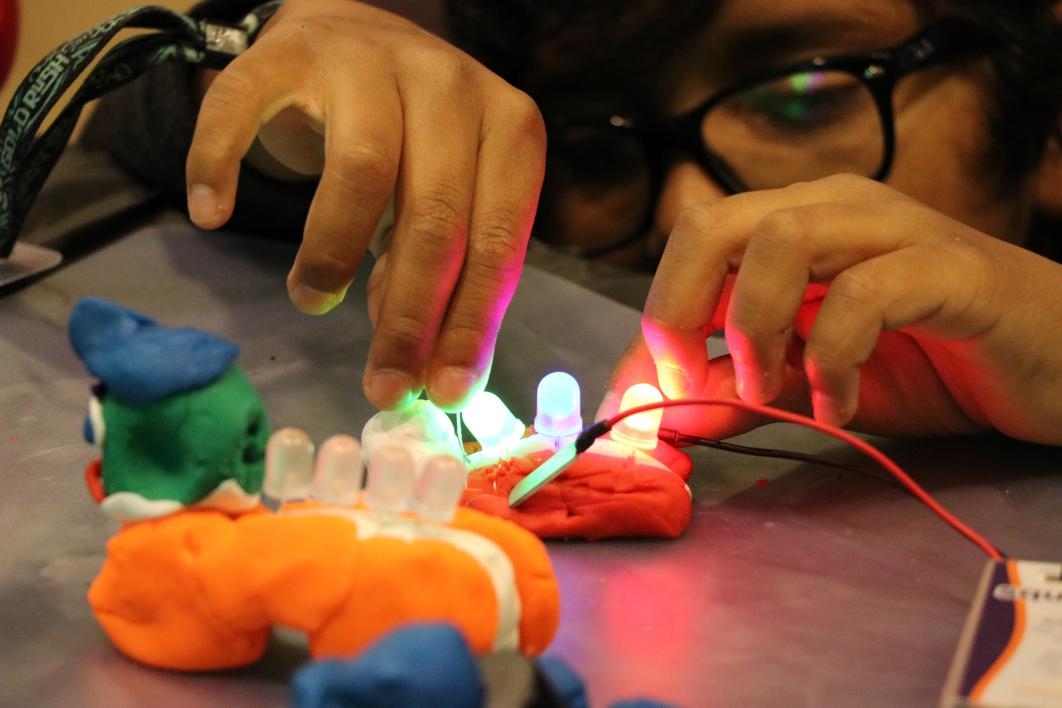 Playing with the Future: An imaginative exploration area features hands-on creative activities that the whole family can enjoy. Imagine what you can make out of a squishy material that conducts electricity, then invent a machine that will float or fly on a stream of air.

Exquisite Observation: Learning How To See and Innovate from Nature: Inspired by Leonardo, explore nature’s genius and practice your observation skills to see how the natural world can inspire design, as it did with Leonardo. Dig deeper with a team of biologists and designers to see how biomimicry can lead to sustainable design. 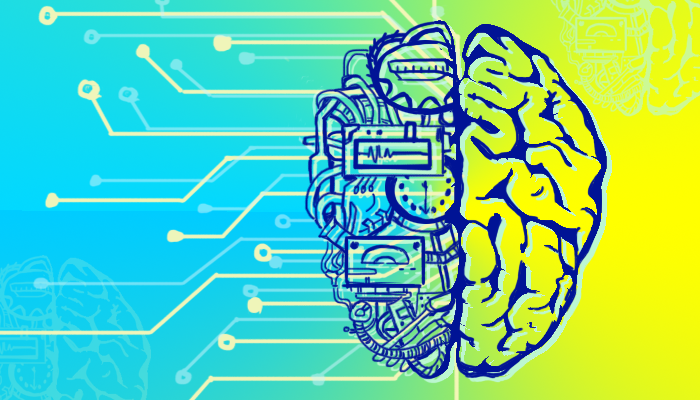 ARTificial Creativity and Invention: AI techniques have experienced a renaissance in recent years with neural networks, a type of algorithm that is modeled after the patterns of the brain. In this exhibit, experience the progression of images generated by GANs from their early stages as pixelated creatures through their turbulent adolescent before reaching mature adulthood.

Ornithopter: In 1485, inspired by the flight of birds, da Vinci designed the human-powered Ornithopter. From the Greek ornithos "bird" and pteron "wing," the flying machine mimics the flapping-wing flight of birds, insects and bats. Climb aboard a model of Leonardo’s Ornithopter and make the wings ﬂap with foot and arm pedals!

Mona Lisa: Mona Lisa’s message is to "Transcend Fear." Her creation was inspired by Leonardo’s 15th-century fighting machine, a prototype for modern tank design. Her armor can be truly frightening — but her intimate interior invites you to transcend those fears. 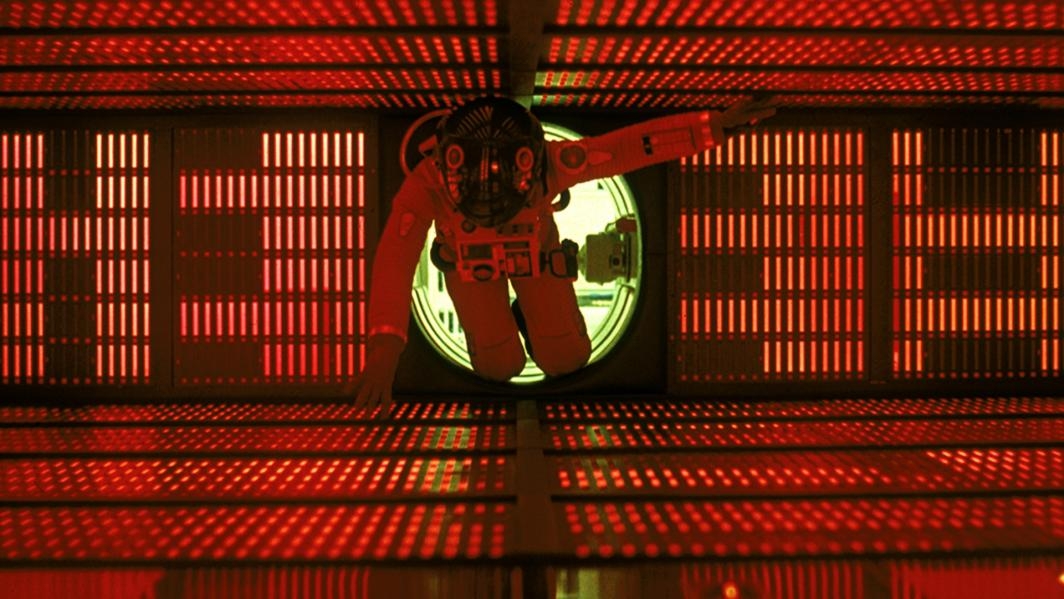 Inventions of Desire: A Moviegoer’s Guide to the Future: Drawing on his new book and featuring clips from movies that include "2001: A Space Odyssey," Andrew Maynard will take you on a journey into our “inventions of desire,” and the challenges and opportunities they present as we strive to build a better future. This show runs from 7 to 8:30 p.m..

Jake Pinholster, associate dean for enterprise design and operations in the Herberger Institute for Design and the Arts and Emerge co-director, describes the vision for the event: "We really wanted, in the spirit of invention, to create something impressive that appears to pop out of the ground overnight. The domes will create a unique environment, a cross between a moon base and a field of giant mushrooms."

ASU Emerge is sponsored by the School for the Future of Innovation in Society, the Center for Science and the Imagination, Herberger Institute for Design and the Arts, the Ira A. Fulton Schools of Engineering, with support from Intel.

For more information on the event and to register your seat for one of our workshops visit emerge.asu.edu.

Eleven cities, along a 2,400-mile stretch of the southern United States, united by Interstate 10 and water.Too much of it, too little of it, and sometimes both.The I-10 corridor faces other issues as well: globalization, land use, immigration, growth constraints, mobility, resilience and energy.“It’s uncanny how this transect reveals the big issues of our time,” said Wellington "Duke" Reiter... 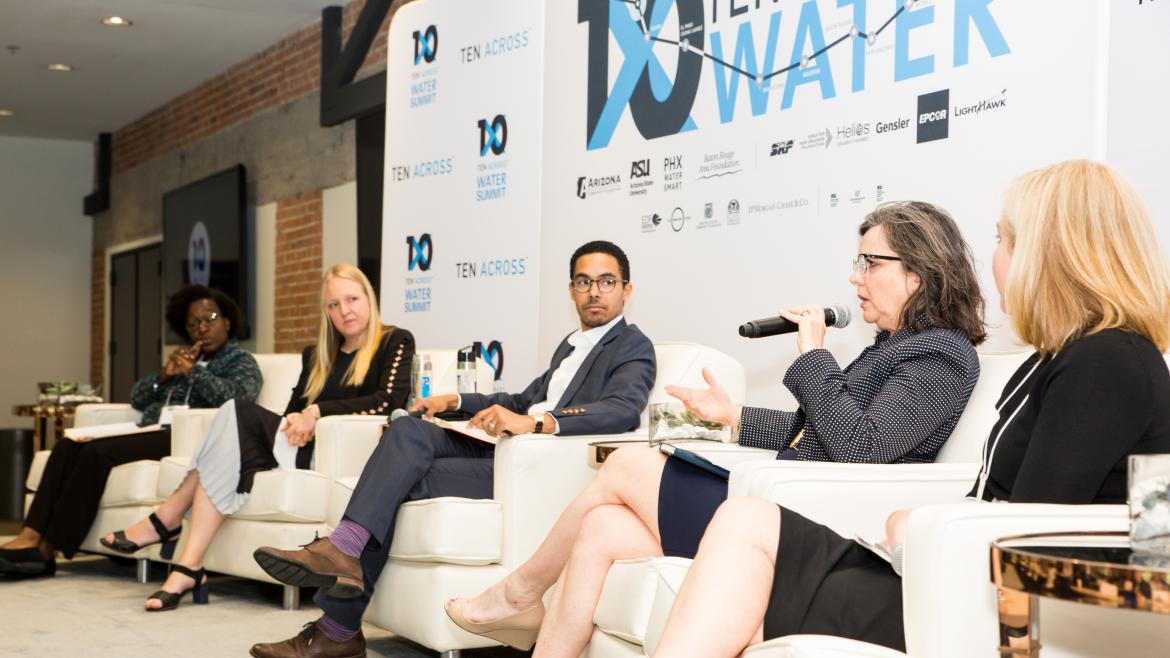 Eleven cities, along a 2,400-mile stretch of the southern United States, united by Interstate 10 and water.

Too much of it, too little of it, and sometimes both.

The I-10 corridor faces other issues as well: globalization, land use, immigration, growth constraints, mobility, resilience and energy.

“It’s uncanny how this transect reveals the big issues of our time,” said Wellington "Duke" Reiter, founder of the Ten Across Initiative, which examines the region as a living laboratory for the future of the entire country.

The initiative’s second summit, hosted which began Tuesday evening and runs through Thursday in Phoenix, brought together urban planners, water experts, resilience officers, authors, academics and climate wonks for a discussion of issues facing the region.

About 250 people attended the summit, which was spearheaded by Arizona State University.

Arizona Gov. Doug Ducey opened the summit by noting the Phoenix metro area uses less water than it did in 1957 when Dwight Eisenhower was president. “This didn’t happen by accident,” Ducey said. “Along this I-10 corridor, we all have unique challenges with water. … I’m confident if we work together, there’s no challenge we can’t overcome.”

Phoenix is dealing with a prolonged drought, climate change and a lack of shade, said Mayor Kate Gallego.

“Collaboration will help us address these challenges,” she said.

The Valley of the Sun has faced floods, drought and growth throughout its life, said Mike Hummel, chief executive officer of Salt River Project, the water and power utility that has shepherded the area’s growth since territorial days.

“I don’t know how we’ll deal with (these issues) in the future, but I do know getting groups like this to talk is the way to make that happen,” he said.

“Nobody here is just a spectator,” Reiter added.

While Arizona is in the throes of a two-decade drought, Louisiana faces the opposite problem. The Gulf state loses a football field of land every 100 minutes.

Houston also faces issues of inundation. The fourth-largest city in the nation still has thousands uprooted by Hurricane Harvey two years ago.

“We are a city controlled by water,” said Margaret Wallace Brown, interim director of Houston’s planning and development department. “We have a huge challenge with too much water.”

On the other hand, there’s Phoenix. Water use in the desert city has fallen 30 percent in the past 20 years while serving 400,000 more residents.

“Scarce resources do not tend to limit growth,” said Kathryn Sorensen, Phoenix's director of water services, in a panel discussion on the limits of growth.

The city sits atop an aquifer of 9 million acre-feet. Annual water use is about 300,000 acre-feet.

Sorensen credited Phoenix’ success in serving a growing population to Arizona’s sound water management with some of the most progressive aquifer management policies in the world, such as the requirement that developers produce evidence anything they build will have sufficient water for a century.

Transportation is Houston’s biggest limiter of growth, said Brown. Sprawl and more affordable housing on the city’s fringes are having an impact, she said.

In Southern California, 85 percent of that region’s water supply comes over the San Andreas fault.

“Integrated planning comes out of necessity,” Sorensen said. “Hot and dry is going to get worse. You can’t live through a summer in Phoenix without understanding water is matter of life and death,” she said.