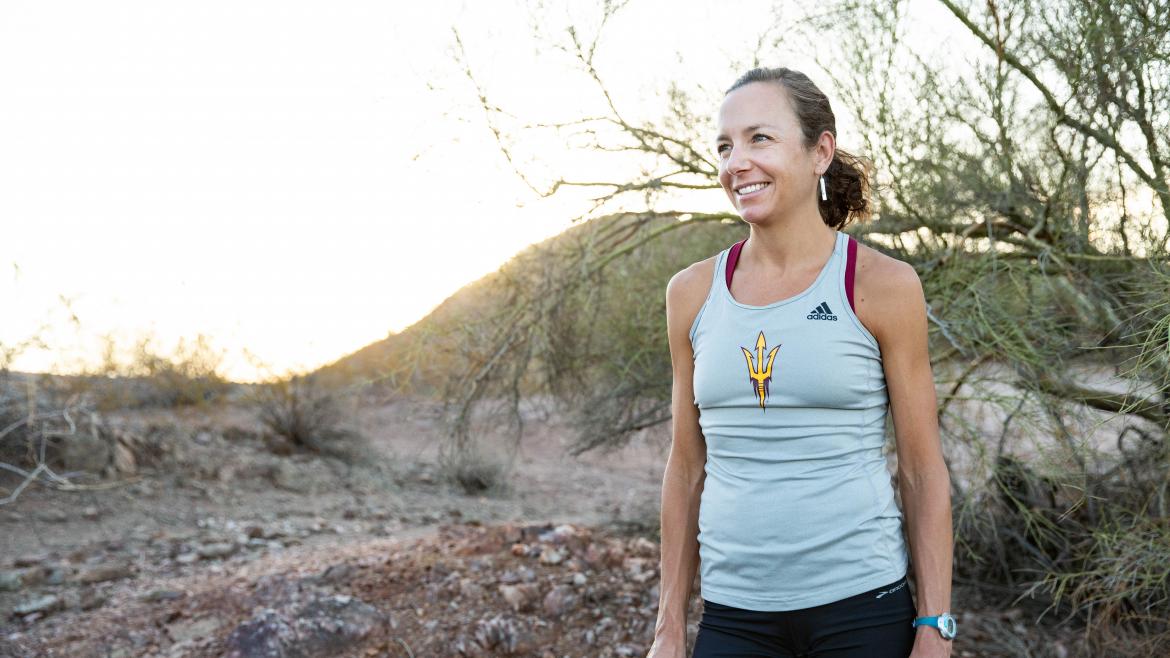 When ASU President Michael Crow signaled to the university community with the launch of the Global Sport Institute in 2017 that sport matters, faculty whose academic curricula explore the topic took heart.

“We felt emboldened that our work was indeed legitimate and intellectually sophisticated, and we began to make connections across ASU to find others like us who study and write about sport and society,” said School of Historical, Philosophical, and Religious Studies Lecturer Victoria Jackson.

Jackson, a former NCAA national champion and Nike-sponsored professional track and field athlete, and fellow faculty Terry Shoemaker and Shawn Klein banded together to continue an effort that began with former School of Historical, Philosophical, and Religious Studies Director Matt Garcia to build out the school’s sports curriculum, with courses focused on sport and society in three disciplines: religious studies, philosophy and history.

Most recently, a new certificate was introduced: Sports, Cultures and Ethics. Students can sign up at any time and simply choose from a list of courses to build the certificate, which requires a total of 15 credit hours, 12 of which must be upper division.

But Jackson points out that in addition to students in sport-related undergraduate degree programs, students in liberal arts and other majors who have an interest in the study of sport and society can benefit from it.

“The certificate's liberal arts courses, many of which are humanities courses, provide history, philosophy, social sciences and interdisciplinary liberal arts training that encourage students to think about the broader impact and implications of sport in society, in a diversity of cultural contexts and across time and space,” she said.

ASU Now talked to Jackson to learn more about the intersection of sport and society on issues like religion and gender, and what she calls “one of the most iconic moments in sports history.”

Question: What inspired the creation of this certificate?

Answer: When we take sport seriously, we see sport can serve as a great window into the social, cultural, political, economic and religious forces and issues of society, especially in modern history. Students who take courses included in the certificate are able to understand and articulate how the games we play (and watch) tell us much about the communities — local, national and global — in which we live.

Q: How is sport influenced by religion?

A: A great and growing body of scholarship explores sport as civil religion, like American football fandom as worshipping at the altar of the gridiron. I wrote a piece recently that employs a series of religious language and metaphors in the context of sports fandom.

Q: How is sport influenced by gender?

A: Modern sports, in their origins, are all about race, gender and power. All our prominent modern sports — football/soccer, American football, baseball, basketball — are born in a particular historical context: the industrialization, urbanization, bureaucratization and modernization that takes place in the late 19th century. In a United States context, it’s no coincidence that systems of power related to class, race and gender are built into modern sport. If we narrow in on gender, we easily see the inherently political nature of modern sport and how ideas from a century ago continue to influence the present moment. We also see that during moments of increased political empowerment, women often fight for and enjoy greater sporting opportunities. I recently wrote about historical (mis)perceptions of the (un)popularity of women’s sports for Global Sport Matters, the media platform of ASU’s Global Sport Institute.

Q: What is something people might not know about the history of sport that would surprise them?

A: So many things! I taught a course in the fall, “The Mexico City 1968 Olympics in Global Context,” to mark the 50th anniversary, and this was, hands down, the most fulfilling course I’ve taught so far at ASU. The course brought together students from around the world and used this sporting moment as a thematic launch pad to explore the long ’68The term “long ’68,” also the title of Richard Vinen’s book, is to acknowledge that while the calendar year 1968 is important, the “’68 moment” really spans a longer period of time depending on the time and place in the world. around the globe. But rather than go full lecture mode, I’ll suggest people read a piece I wrote for The Washington Post about the Mexico City 1968 Olympics.

Q: Do you have a favorite sport to play?

A: I’m a former NCAA national champion at 10,000 meters and a Nike-sponsored professional track and field athlete. I’m retired from competitive sport, but I run every day, averaging 60 miles per week. Running can serve so many different purposes; in recent years, its roles for me are intellectual, creative and spiritual. But I also love team sports, especially basketball and soccer, and will totally kick anyone’s butt in a game of "horse." Try me.

Q: Do you have a favorite sport to spectate?

A: I am a track and field nerd through and through. I took my 3-year-old son Carter to ASU’s Baldy Castillo Invite a couple weekends ago. But when we can’t get our track fix, our go-to’s for in-person spectating are all things Sun Devil Athletics and the Phoenix Mercury.

For the second year in a row, Cairo Leonard-Baker has been named a regular season All-American by the Women's Collegiate Gymnastics Association (WGCA) on Wednesday, representing Arizona State gymnastics with national second team honors on the uneven bars. ... For the second year in a row, Cairo Leonard-Baker has been named a regular season All-American by the Women's Collegiate Gymnastics Association (WGCA) on Wednesday, representing Arizona State gymnastics with national second team honors on the uneven bars.