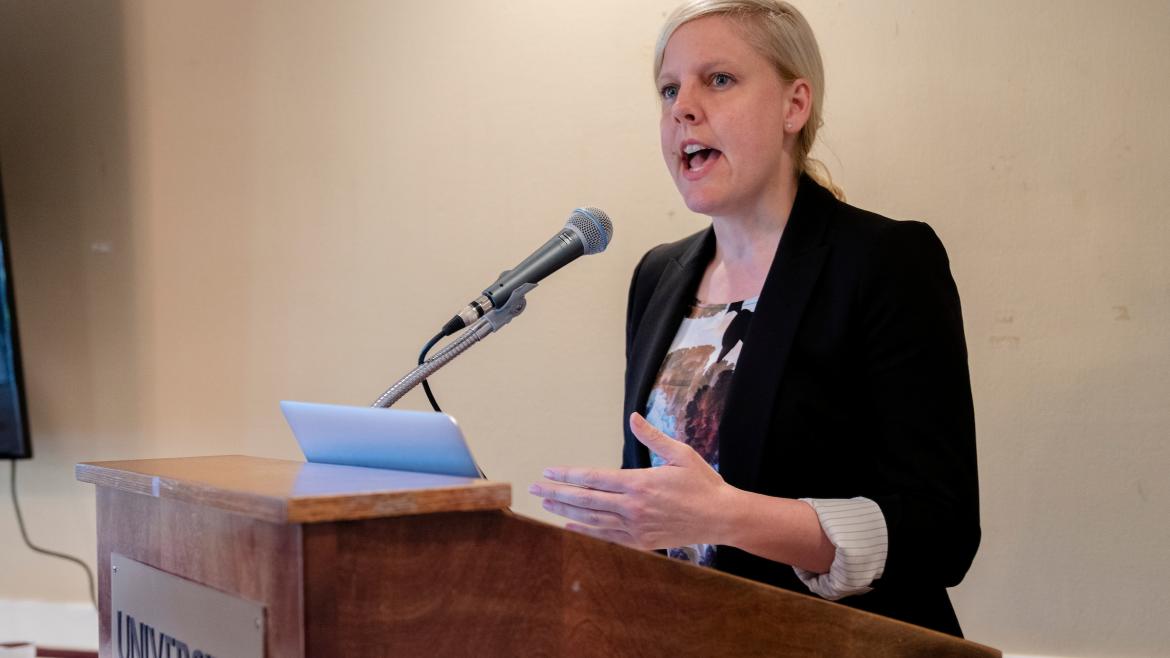 Displaced and powerless, refugees and incarcerated people both struggle with the concept of hope, according to two social work experts who have researched the resilience of these populations.

“Human beings are incredible entities if they are given the chance,” said Alex Polgar, an author and researcher of correctional services in Canada.

Hope is defined as positive expectations for the future, said Polgar, who spoke as part of the annual Roatch-Haskell Lectures, held Friday in Phoenix. The two lectures addressed how social work practitioners — and the community — can help refugees and formerly incarcerated people. The speakers were Polgar, who was the Haskell speaker, and Bree Akesson, an associate professor of social work at Wilfrid Laurier University in Canada, who was the Roatch lecturer. The event was presented by the School of Social Work at Arizona State University.

For both incarcerated people and refugees, it all comes down to environment, Polgar said.

“Why did this happen? If we create environments that are questionable in our communities and our society, if they do not produce the results we want, why can’t we create an alternative environment?” he said. 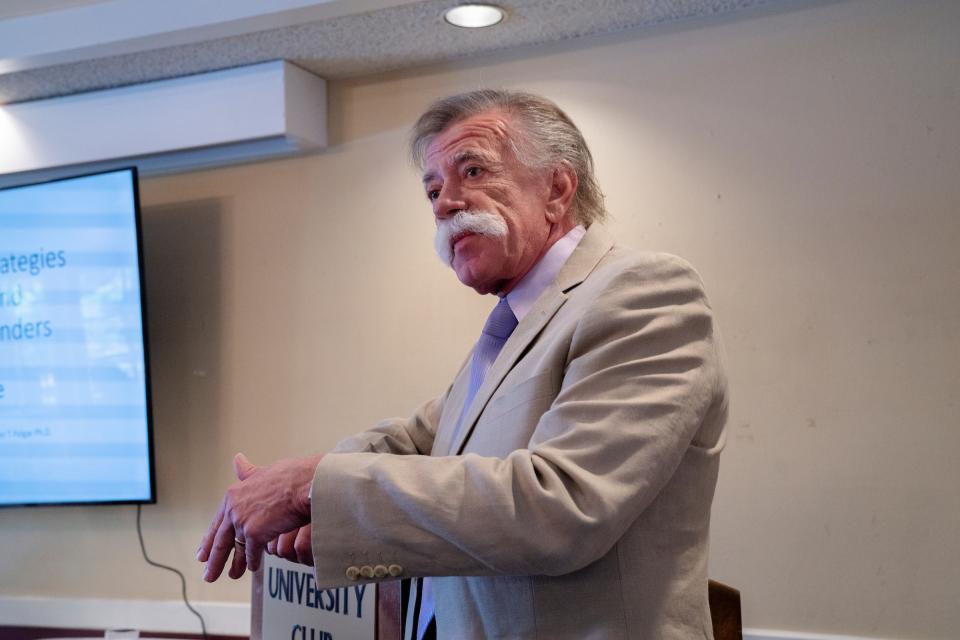 Alex Polgar, a researcher and consultant on incarceration, gave the Haskell lecture at the University Club in Phoenix on Friday. Photo by Marcus Chormicle/ASU Now

Polgar has researched cognitive development and emotional intelligence and found that almost all offenders had endured adverse environments, relationship trauma and failed attachment. He said it’s a misnomer to say that people released from prison will be “re-entered” into a community because most of them were never assimilated to begin with.

“They felt alienated. Many could only conceptualize hope as hoping to be alive tomorrow,” he said. “Their life skills, which became known as ‘emotional intelligence,’ were basic survival.”

“We changed the environment and we measured everything,” he said. “As their cognitive development perspective improved, their emotional intelligence improved and their behavior improved.

“They began to understand that there were different ways of hoping than just survival.”

But programs to develop those skills in prisoners take time and money, and are unpopular when the public attitude is to punish rather than habilitate, according to John Hepburn, a professor in the School of Criminology and Criminal Justice at ASU, who discussed the Arizona perspective after Polgar’s talk.

“Our sole technique is ‘punishment will deter.’ And if a little doesn’t work, we’ll give you more,” said Hepburn, who has researched prisoner re-entry. But that doesn’t help recidivism rates, which are more than 60 percent for male prisoners in Arizona, he said.

He also cited Arizona’s reliance on private prisons as a factor.

“Private prison services are not being held accountable for recidivism,” he said. “If you’re running a private prison, you want them coming back because it’s profit.”

Akesson discussed her extensive research in Lebanon with Syrian refugee families, who always had to balance their hopes to return home with the reality that they might not.

Civil war that started in 2011 has displaced millions of Syrians, and about a million have fled to Lebanon, where they live in informal camps on farms or in overcrowded apartments in Beirut. The Lebanese government doesn’t recognize the refugees or provide services, so the families live in constant fear of being arrested.

“The moms and children are working. Men aren’t working because they’re afraid of being arrested,” she said. “Men are targeted by security forces and asked to show IDs they don’t have, so that is changing family dynamics.”

Akesson and her research team spent time with 46 Syrian families, doing extensive interviews with every family member, having the children draw pictures, going on tours of their neighborhoods with them and asking them to wear activity-logging devices and fill out daily diaries. Then they made “mobility maps,” and went back to interview the families again.

They found that the families live in constant stress.

“It was the idea of precarity — underemployment, food insecurity. Parents feel inadequate for not being able to provide for their children,” she said.

“That leads to restricted mobility. Families don’t go outside because they’re afraid their children will ask for things, like ice cream or a trip to the beach. That was surprising and heartbreaking.”

Arizona has accepted some Syrian refugees, according to Juliana Davis, the state refugee health coordinator at the Arizona Department of Economic Security, who gave the local perspective.

The number peaked in 2016, when 800 Syrian refugees were resettled in Arizona, but after the Paris attacks that year, the vetting process was changed, and this year only five Syrians were accepted here, she said.

Akesson said that despite the hardships, the refugees she met were resilient, finding a way to earn a living and send their children to school.

“We always ended the interviews by talking about dreams for the future,” she said. One 10-year-old boy said: “I dream of going back to Syria and going back to school.”

Top photo: Bree Akesson, an associate professor of social work at Wilfrid Laurier University in Canada, describes her research with Syrian refugees in Lebanon during the Roatch-Haskell Lectures at the University Club in Phoenix on Friday. Photo by Marcus Chormicle/ASU Now

The 18th-ranked Sun Devil softball squad picked up a series opening victory with a 13-0 run-rule victory over the Utah Utes Friday night in front of a sold-out crowd at Farrington Softball Stadium. ... The 18th-ranked Sun Devil softball squad picked up a series opening victory with a 13-0 run-rule victory over the Utah Utes Friday night in front of a sold-out crowd at Farrington Softball Stadium.