Solar and other renewable forms of energy are quickly gaining momentum — in many places, building entirely new renewable energy projects is cheaper than running existing fossil-fuel plants, and last year, the mayors of more than 200 U.S. cities signed an open letter supporting a solar-powered future.

The advent of the Green New Deal and other ambitious policy ideas in the U.S. and worldwide suggest that we may be moving into an era of rapid energy transition. And just in time: This transition is urgent, with dangerous tipping points for atmospheric carbon and global temperature increases looming in the very near future. 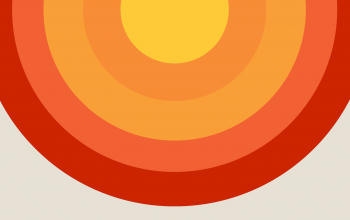 In the face of this colossal transition, we need to be thinking beyond if and when we’ll move to an energy system dominated by solar, wind and other renewable sources. We need to think carefully about how to design the energy transition, focusing on a number of questions: Where will energy infrastructure be built — in urban centers or sparsely populated rural areas? How centralized or dispersed will it be — in huge power plants or on numerous rooftops? Who will own solar panels (and other generators) and benefit financially? Could this infrastructure be beautiful, or is it doomed to be an eyesore?

To answer these questions, and begin to imagine the difficulties, joys and adventures of human life these in solar futures, last week Arizona State University published “The Weight of Light,” a free digital book featuring science fiction stories, essays and art exploring a variety of possible solar futures.

The book features four original science fiction stories — three of which take place in possible future versions of Arizona, with a fourth unfolding in a revitalized and transformed Detroit — each illustrated by an artist from the Phoenix community. The stories are accompanied by essays written by ASU faculty and graduate students in a wide range of fields, from electrical and systems engineering to public policy and futures studies. 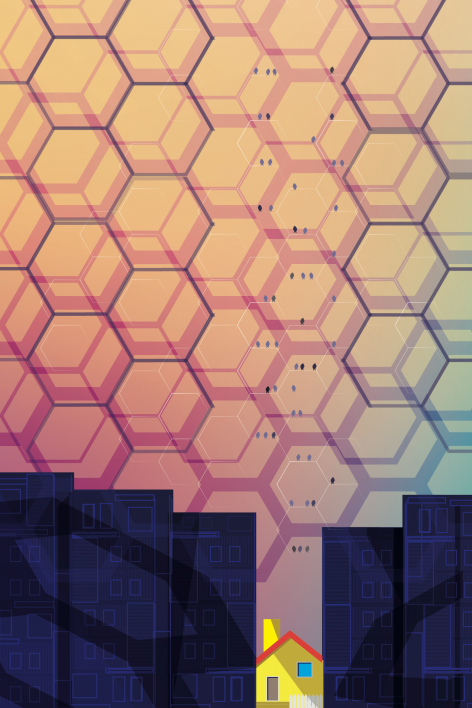 Illustration for the story "Under the Grid." 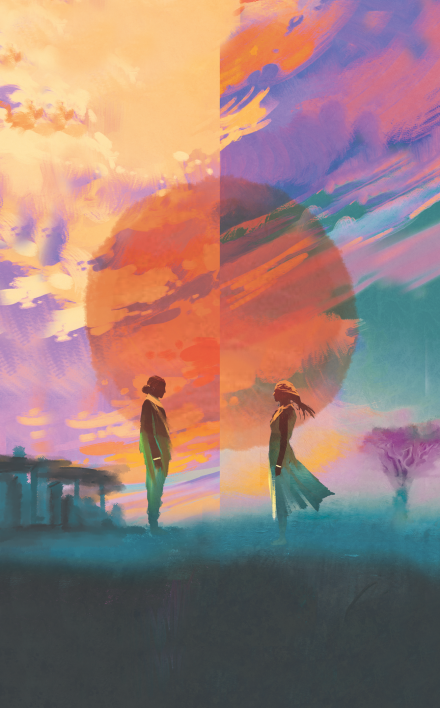 Illustration for the story "Divided Light." 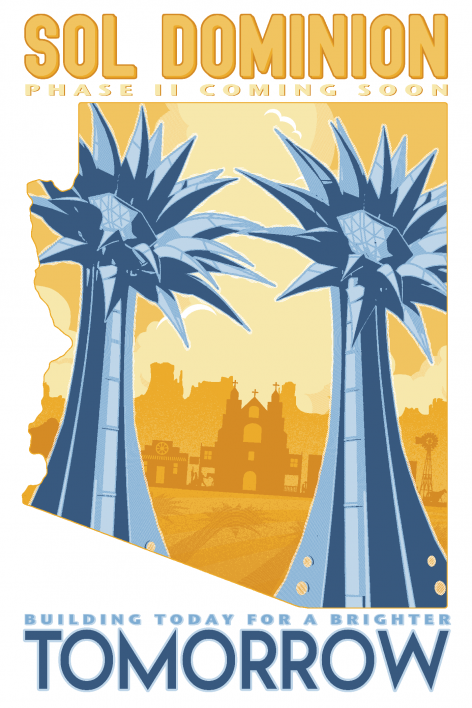 Illustration for the story "Big Rural." 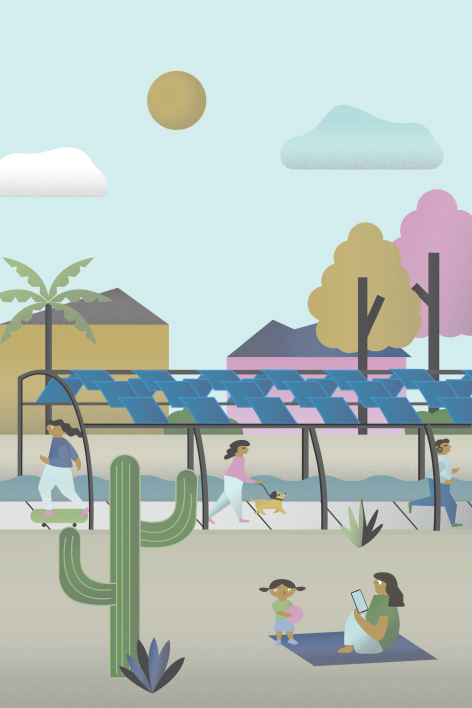 Illustration for the story "For the Snake of Power."

“The Weight of Light” was published by the Center for Science and the Imagination, in collaboration with the Quantum Energy and Sustainable Solar Technologies Research Center and the School for the Future of Innovation in Society.

In the book’s introduction, editors Clark A. Miller and Joey Eschrich write, “Our goal is not to predict the future but to open it up as a design space. Our hope is that these stories, essays and artwork will stimulate and expand our imagination about what kinds of choices are possible in designing the future of solar-powered societies, and why those choices matter.”

"The Weight of Light" is designed to situate issues of equality, justice, political struggle, democratic process and urban form into the conversation about energy policy — along with a host of other considerations that don’t immediately spring to mind when we think about energy.

'Spider-Man: Into the Spider-Verse' directors give exclusive interview for ASU film screening

The directors of Oscar-winning film “Spider-Man: Into the Spider-Verse” recorded a video interview exclusively for ASU 365 Community Union’s free screening of the movie at Sun Devil Stadium on Friday, March 29.At the screening, Arizona State University students and the surrounding community will have a chance to watch the interview with directors Peter Ramsey, Bob Persichetti and Rodney Roth...

In the face of climate chaos, writers find grief and hope

Center for Science and the Imagination , Virginia G. Piper Center for Creative Writing , Department of English , The College of Liberal Arts and Sciences

'Two nerds' on the future of Earth

School for the Future of Innovation in Society , Sustainability , Technology , Innovation

'Spider-Man: Into the Spider-Verse' directors give exclusive interview for ASU film screening

The directors of Oscar-winning film “Spider-Man: Into the Spider-Verse” recorded a video interview exclusively for ASU 365 Community Union’s free screening of the movie at Sun Devil Stadium on Friday, March 29.

At the screening, Arizona State University students and the surrounding community will have a chance to watch the interview with directors Peter Ramsey, Bob Persichetti and Rodney Rothman, who have been praised for their fresh vision of a different Spider-Man universe. In the video interview, they discuss their visual style and making a movie with a complex narrative. 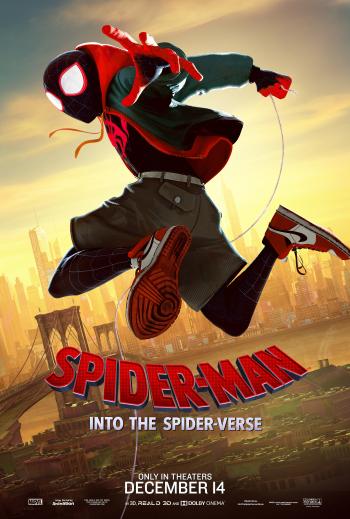 They also talk about inclusivity and the importance it had on the film, which inspired the #AnyoneCanWearTheMask hashtag. Attendees at the ASU screening will be given Spider-Man masks to put on when prompted by the directors at the end of the video. The interview was made possible by ASU Film Spark, part of the School of Film, Dance and Theatre in the Herberger Institute for Design and the Arts, and was inspired by the Herberger Institute’s Projecting All Voices initiative.

Film Spark partnered with Marvel Studios, Sony Pictures Animation and ASU alumnus Michael Helfant to secure the interview, which was conducted by Rashaud Williams and Mickey Molina, both students in the School of Film, Dance and Theater.

The main event will be the screening of “Spider-Man: Into the Spider-Verse” and is hosted by ASU 365 Community Union as part of its Movies on the Field series. Visit asu365communityunion.com/movies to RSVP to the screening. Gates open at 5:30 p.m., and the event begins at 6:30 p.m. at Sun Devil Stadium.