The combination of “data” and “statistics” might not sound exciting, but careers relying on data and statistics are projected to grow by 30 percent through 2024. Moreover, the National Association of Colleges and Employers identifies oral and written skills as core competencies for college graduates and as pivotal for future employment.

To equip students with the skills they will need to handle data and communicate effectively, the Arizona State University Department of Psychology launched the new Student Success Center (SSC). The center provides students enrolled in the foundational courses (PSY 101, 230, 290) and upper-division psychology courses with individualized coaching to improve both their data analysis/interpretation skills and their writing. 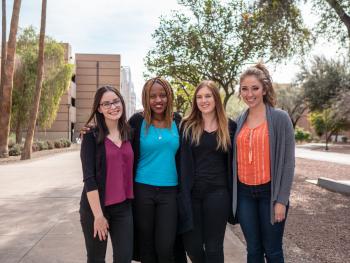 “Being able to collect and analyze data and being able to communicate ideas effectively are critical not only for success in psychological science, but also for success in most careers. If we are to be invested in our students — which we are — we need to invest in helping them develop these skills,” said Steven Neuberg, Foundation Professor of Psychology and chair of the department.

The SSC is supported by the Robert B. Cialdini Leap Forward Fund. The fund allows the psychology department to take innovative risks, like the SSC, that would not otherwise be possible.

"The Student Success Center is unlike other options at ASU because our coaches are advanced psychology students. They have taken the classes, have mastered the content and understand how statistical and writing techniques should be applied in psychology courses," said Whitney Hansen, senior lecturer in the Department of Psychology and supervisor of the SSC.

Appointments are available 40 hours per week, in the psychology advising office or in virtual classrooms during the evenings and weekends.

“We aim to provide the resources that students need in this changing educational environment, outside of the classroom and discussion sections,” said Dawn Phelps, assistant director of academic services for the psychology department.

ASU research finds that even with a windfall, buyers act in surprising ways

New research from a team at Arizona State University shows how, even when receiving a big rebate from the government, consumers won’t always behave in expected ways.The study found that people would have been more likely to upgrade their cars if rebates had been less and if they had been offered as straight discounts — not trade-in refunds.Three professors in the W. P. Carey School of Business... 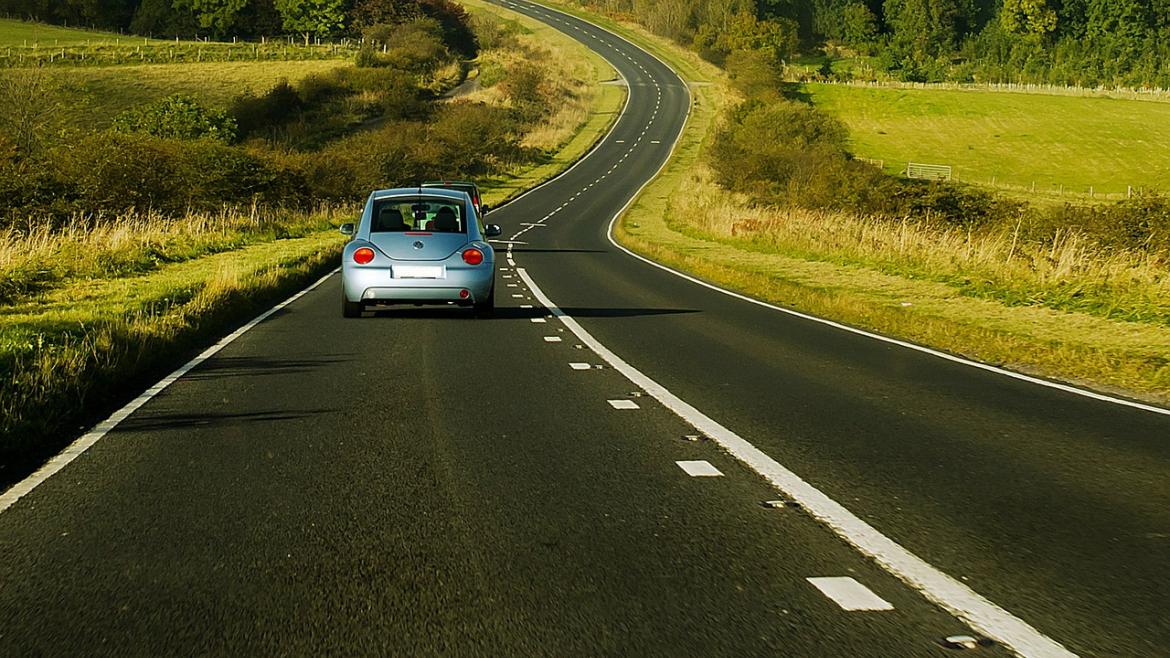 ASU research finds that even with a windfall, buyers act in surprising ways

Tempe campus
ASU study finds that even with free government cash, consumers might not bite.
March 18, 2019

'Cash for Clunkers' rebates were too high to prompt car upgrades, study discovers

New research from a team at Arizona State University shows how, even when receiving a big rebate from the government, consumers won’t always behave in expected ways.

The study found that people would have been more likely to upgrade their cars if rebates had been less and if they had been offered as straight discounts — not trade-in refunds.

Three professors in the W. P. Carey School of Business started their new study by analyzing a unique data set. In 2009, the Obama administration launched the Car Allowance Rebate System, a program that was intended to not only stimulate spending, but also to improve energy efficiency and safety by encouraging people to upgrade to new cars. The Car Allowance Rebate System, which cost the government $3 billion and was dubbed “Cash for Clunkers,” was so popular that it ran for only a few weeks in the summer before running out of money.

“It was a great opportunity to get some insights from this natural experiment about trade-in promotions and the effect of trade-in rebates that nobody had looked at before,” said Michael Wiles, an associate professor of marketing. The co-authors were Sungho Park, also an associate professor of marketing in the W. P. Carey School of Business, and Chadwick Miller, who had been at ASU and is now an assistant professor at Washington State University. Their paper is published in the Journal of Marketing.

Under the federal program, buyers could get a $3,500 or $4,500 rebate, depending on how much more efficient their new car was. The data included more than 320,000 real vehicle transactions completed under Cash for Clunkers. Overall, the average miles-per-gallon of the traded-in vehicles was 15.8, and of the new vehicles, 24.9.

“Most people would say that from the environmental perspective, it had benefits. I think the economists have said it’s sort of a wash because it mainly just took future purchases and accelerated them,” Wiles said. 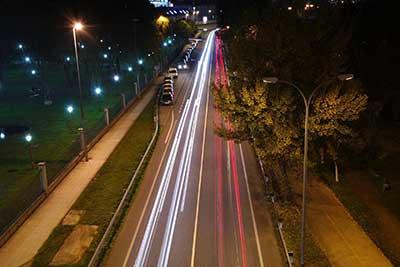 The ASU research found that the government rebates would have been more effective if they had been less money and given as discounts. Photo by Pixabay

The ASU team found that modeling the program as a rebate rather than a straight discount resulted in people spending less on an upgrade because they thought of the newfound money as “savings” and were less likely to spend it.

“Ours would be one of the first studies to point out the downsides of the program,” Wiles said. “Yes, it moved purchases forward, but because the government provided it as a purchase incentive rather than applying as a discount, the government got less of a return on its dollars because people mentally saved a lot of that money and did not purchase the nicer car they would have if it had been more of a discount.”

One key to understanding consumer behavior is “mental accounting,” a concept first explained by Richard Thaler, an expert in behavioral economics, to describe the subjective way people perceive economic outcomes and how that drives behavior in surprising ways. Thaler, a professor at the University of Chicago, won the Nobel Prize for economics in 2017.

With cars — and other large “durable goods” — people create a “mental account” in which the expensive item slowly depreciates in value over time, eventually reaching zero, after which people think about replacing it. The ASU team took it a step farther, hypothesizing that if consumers keep their car longer, the mental account goes into a “surplus,” making people more likely to “spend” the imaginary extra money on a more upgraded new car (but, interestingly, not any other type of item, like electronics).

But the government rebates messed with peoples’ mental accounts. Because the windfall enticed them to trade in their cars earlier than they would have, consumers were less likely to have developed a mental “surplus” that they were willing to blow on a fancier vehicle.

And not only that, but because the $3,500 and $4,500 rebates sometimes exceeded the actual trade-in value of peoples’ cars, they were more likely to view the money as “savings” and were less willing to spend it. When people build up an imaginary surplus over time, they view it as “income,” which they’re more likely to spend.

“It’s a little counterintuitive,” Wiles said. “You think, ‘If I get this windfall I’m going to go out and spend it,’ because we think about windfalls like gambling in Vegas. You win a couple thousand dollars and you spend it.

“But what’s different about the trade-in windfalls is that they’re announced ahead of time, and when you anticipate a windfall, you think of it more as savings and because you think of it as savings, you’re less likely to spend it.”

The Cash for Clunkers data is important because it showed how much people upgraded when they bought the new car — defined as the difference between the cost of the new car and the inflation-adjusted value of the old car. But the team also ran other experiments to verify the results, one of which showed that if the money had been given as a discount on a new car rather than a trade-in rebate, it would have been more effective.

“One of the goals of the program was that people would spend more on cars,” Wiles said. “If it was just given as a discount off the model, it would have had a very positive impact on getting people to spend more.”

The other experiment looked at the size of the rebates and found that people would be willing to spend more on a car upgrade with a $500 rebate than with a $4,500 one.

“We have that explanation — if it’s a bigger trade-in rebate, people think of it as savings,” Wiles said.

While the Cash for Clunkers program happened during the nation’s economic recession, which might have affected consumer behavior differently, the team’s verifying experiments were within the past two years.

“We were able to get transaction data from a local dealership from 2017, and we found the same effects — when a dealer gave more money than what the trade-in was worth, it had a negative impact on whether people upgraded between the trade-in and the new purchase,” Wiles said.

And even though the government’s Cash for Clunkers program is long gone, many local car dealers still offer those types of rebates, so the research has real-world implications.

“We defined brand-loyal consumers, and if you have a Ford and are buying another Ford, then you’re more likely to upgrade,” Wiles said.

“Nobody has shown that before, but all of these car firms have vertical branding strategies and this provides support for that.”

Park said the team was very careful in designing the experiments.

“We went out into the field to look at the average amount of windfall that average customers can get,” he said. “So it has external validity, and it’s applicable.”