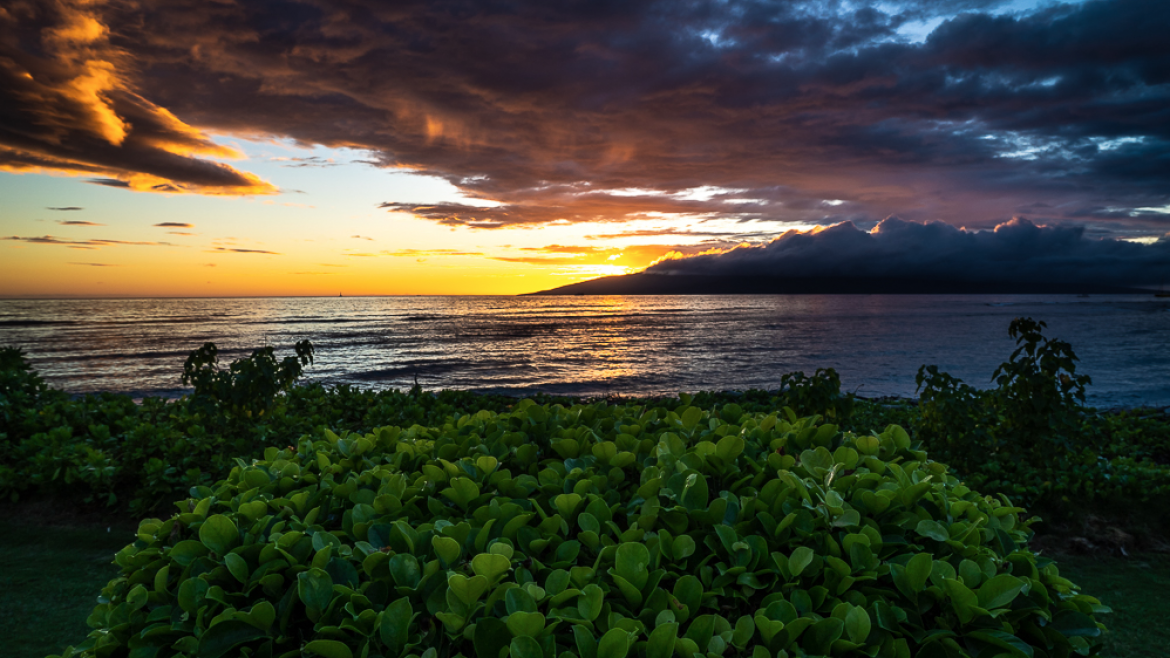 But underneath that idyllic image is something darker: sex trafficking. According to one Arizona State University researcher, pretty much anything goes in the land of aloha.

Dominique Roe-Sepowitz, an associate professor in ASU’s School of Social WorkASU's School of Social Work and the Office of Sex Trafficking Intervention Research are units within the Watts College of Public Service and Community Solutions. and the director of the ASU Office of Sex Trafficking Intervention Research, said the 50th state is late to the game when it comes to combatting sex trafficking.

Her two recent studies, “Sex Trafficking in Hawaii: Exploring Online Buyers” and “Sex Trafficking in Hawaii: The Stories of Survivors,” were funded by the Kaimas Foundation. The findings lay out the case that Hawaii does not have an organized effort to combat sex buying, fosters a culture of turning a blind eye and demonstrates a crisis of priorities in the general lack of response by law enforcement.

“It is genuinely troubling that more people are penalized for homelessness and jaywalking in Honolulu than for buying sex,” said Roe-Sepowitz, who worked with the Hawai’i State Commission on the Status of Women to explore the issue.

ASU Now spoke to Roe-Sepowitz about her studies and the world of sexual exploitation.

Editor's note: Responses have been edited for clarity.

Question: Why do you think Hawaii is lacking in combatting sex trafficking?

Answer: There are a number of factors that have slowed the progress of building awareness and providing services for victims of sex trafficking in Hawaii. These include widespread disinterest, collusion or corruption within law enforcement who are the front line of access to victims, a pro-sex work community that encourages the idea that sex trafficking in Hawaii is a myth, a culture of misogyny and the cultural silencing of victims of all types of abuse.

Multilayered issues such as the easy availability of drugs, high rates of homelessness and residents being limited in their movement to escape trafficking situations due to Hawaii being an island add to the complexity of providing services to sex trafficking victims.

In Hawaii, we have been told this work is much needed, and we have also been told that our research isn’t going to change anything. We hope that this research will help to infuse new information to support the good work that has begun and help to design future anti-sex trafficking activities.

Some services specific to sex-trafficked children are being provided, and new programs are being developed on some islands including crisis shelters, mentoring programs, residential sites and family therapy, but there continues to be a lack of resources for adult victims. 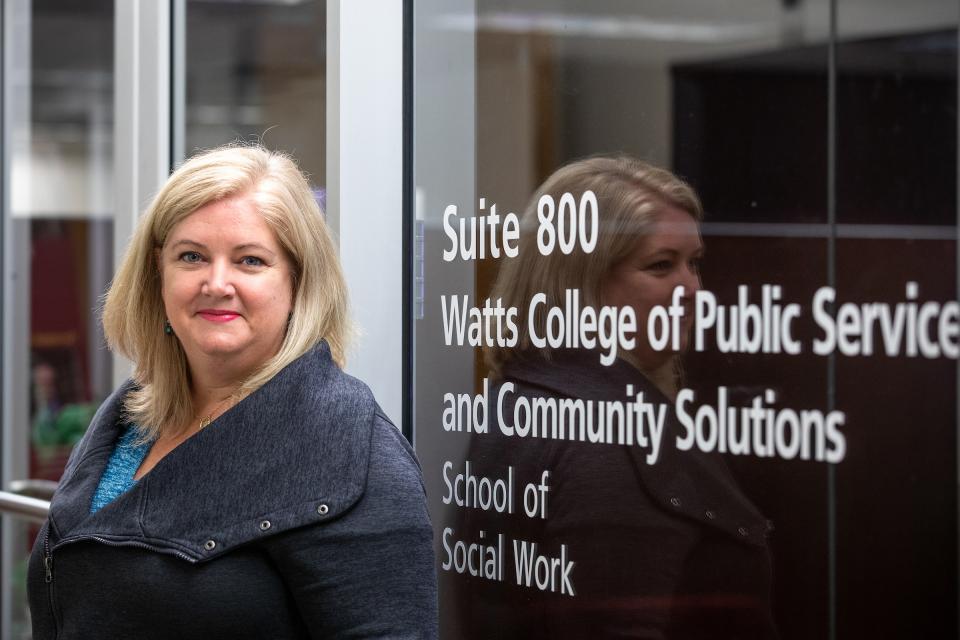 Q: Your study shows that 1 in 11 men in Hawaii search online to pay for sex. Is this higher or lower than the average state?

A: This was a surprise. We were under the assumption — (as is) common lore in Hawaii — that sex buyers were mostly outsiders. Nearly three-quarters of the sex buyers responding to our decoy sex advertisements called from the 808 Hawaii area code. On average, the volume of unique sex buyers in Hawaii was nine times higher than an average call volume for a similar decoy advertisement in Phoenix, Arizona (407 unique callers compared to 45 unique callers). This indicates that not only is the online sex-buyer population in Hawaii large, but the majority of the customers are locals. In our most recent study exploring the experiences of sex trafficking victims, sex buyers were described as visitors, military and locals. They were politicians, law enforcement, doctors, judges, businessmen and travelers. Sex buyers self-identified in the sex-buyer study as surfers, locals, tourists and military personnel.

The estimate of sex buyers in Arizona in an identical study that we conducted was 1 in 20 men in Arizona is searching online to buy sex.

A well-known and well-researched element of deterring sex trafficking in a community is to address the demand for prostitution (the primary component of sex trafficking). The lack of attention by law enforcement in Hawaii has created a situation where people can be bought and sold online with no detection and no deterrence. That is a formula for disaster for sex trafficking victims as human traffickers can recruit and victimize them online without any interference.

Q: Sex buying is illegal under Hawaii law. What do you think is the attitude of Hawaii law enforcement toward sex trafficking? What could they change?

A: Within the context of culture and social pressure by pro-prostitution groups, there has been a general lack of response by law enforcement and the state. This demonstrates a crisis of priorities and a fundamental misunderstanding of the issue. That there are more citations for being homeless (sit-lie violations) and jaywalking in Honolulu than for buying sex is troubling, and our study definitely highlighted that finding online sex buyers was not difficult.

Stopping sex buyers from buying is the greatest method to change the sex market. To do this, Hawaii must say that buying and selling another for sex is unacceptable, is based on the privilege of dominance and power and is an act of violence. If there was a significant drop in sex buyers, sex traffickers would be deterred from recruiting victims.

A: Sex buying opportunities can be found on almost every island in Hawaii in some form. There are streets of massage parlors and hostess bars on Maui and Oahu; there are game rooms and drug houses in other towns and cities. These are known fronts for prostitution, and many of the sex trafficking victims I interviewed identified those as places they were sold.

Expectations for business visitors in Hawaii continue to include the provision of "entertainment," including prostitutes or being taken to sex-selling establishments by their hosts.

The lack of a strategy to address sex buying is not unusual to Hawaii — many states and large cities struggle with how to balance what is often seen as a low-level crime with higher levels of more violent crime.

A: I was told by a number of the sex trafficking victims that I interviewed in Hawaii, if they told anyone what was happening, it would bring bad things to their family.

This included all types of abuse. The tacit acceptance about men in the community buying sex and the silence within families are strong factors that perpetuate the sex trafficking victimization of children and adults in Hawaii.

Q: What is being done to address sex buyer demand?

A: Sex buyers create the sex trade business: Without their demand, there would be no business.

In Hawaii, there is limited action to deter sex buying with few arrests. In other cities, like Phoenix and Cincinnati, a clear message has been sent that buying sex is unacceptable and the punishments are significant. In Phoenix, if you are a city employee and are caught buying sex you will be fired, along with your car being impounded for 30 days and a $1,000 fine. In Cincinnati, the sex buyer’s photo is posted on a billboard.

Around the U.S. there are dynamic interventions being used that have been found to have significantly disrupted the sex buyer market. Seattle arrested and prosecuted a group of sex buyers who used a private chat board to rank and promote prostituted persons around the country. Many of them worked for tech companies and had families.

Other techniques being used include using bots to lure and respond to sex buyers with deterrent messages. Other states are using marketing campaigns like “Arizona isn’t buying it” to explain the belief that buying sex is a crime.

Somehow we have to find a way to get people to care about the victims of sex trafficking. The first place to start, I believe, is to change the hearts and minds of men who believe that buying sex from another person isn’t harmful to that victim.

"A fitting end to everything," said Hurley. "Everyone that was in the building tonight had great energy, great effort, and we gave them something to cheer about." ... "A fitting end to everything," said Hurley. "Everyone that was in the building tonight had great energy, great effort, and we gave them something to cheer about."