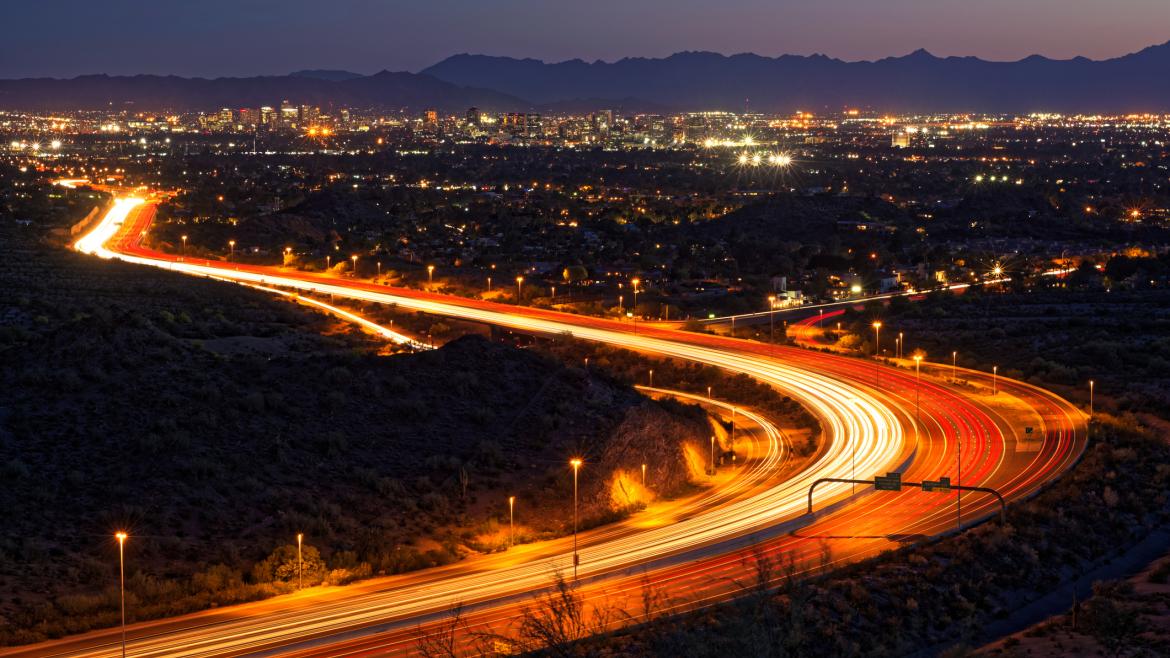 David King, assistant professor in Arizona State University’s School of Geographical Sciences and Urban Planning, examines the connection between car ownership and income opportunities in a new research paper titled “The Poverty of the Carless: Toward Universal Auto Access,” published Feb. 1 in the Journal of Planning Education and Research with co-authors Michael Smart of Rutgers University and Michael Manville of the University of California, Los Angeles.

ASU Now spoke with King about their findings.

Question: How is car ownership tied to an individual or family’s economic opportunities?

Answer: We commonly talk about American cities as being automobile dependent, and a consequence of that is that people without cars are not able to access the economy as well as people with cars. In our paper, we looked at how incomes of carless households in the U.S. have declined relative to the income of households with cars — with the exception of New York City, which has done the least of all U.S. cities to adapt to automobiles. In New York City, you are not punished for not having a car, whereas in just about any other city, you will be economically harmed by not having a car.

A: The biggest differences are density and proximity. One of the big problems with cars is that it takes a lot of space to accommodate them. As we’ve built our cities around automobiles, our roads have become wider, the lots where buildings are built become dedicated to parking, and buildings are set back. If you are walking on a sidewalk in Tempe or Phoenix, you’ll get the sense that even though you’re on the sidewalk, you still have to walk through parking lots or cross streets with speeding traffic to get where you need to be. All of these car-oriented design decisions have added up parcel by parcel to make our cities more accommodating to cars and hostile to people who don’t own cars.

Q: How could newer urban-development projects affect this connection?

A: There’s no question that U.S. cities have been seeing an increase in growth in their downtown areas. And a lot of developers and planners tally this up to a preference for downtown living or denser urban living. There’s something to that, but what a lot of cities did is they started relaxing their zoning in downtown areas to allow residential construction. As a result, developers started building and prices and rent went up. When rents inevitably decline, developers aren’t going to build as much. Over time, rent will go down and become more affordable, but that will take a long time to happen. Newer downtown living is aimed at a fairly affluent market. If you have enough money to live without a car, you can rent a car or take Uber or Lyft. But there is a difference between being carless by choice and carless by circumstance.

In our paper we argue that better land use is important, and it is imperative that we start building cities in ways that are not mainly car-oriented. That is a long-term solution. And that’s the crux of our argument: There are people we can identify who are harmed by our auto-oriented economy, and we need to help those people now, not in 20 or 30 years.

Q: What are some ways the U.S. could improve car ownership in the short and long term?

A: The best short-term solution is to come up with a program that gets people access to reliable automobiles. There are some nonprofit organizations that have done this around the U.S., and they have proven to be very effective at helping people gain employment, gain better employment and maintain employment. It’s very expensive to be poor. And not having reliable transportation could mean that you lose your job.

Q: What is the role of public transportation in this problem?

A: Public transportation works well where we have density. You need both population and employment density. Downtown Phoenix or Tempe work well for public transit because of the employment and population density. But, if you think about the larger Phoenix region, most employment is spread out. That is fairly typical of Sunbelt cities, and it makes providing regional transit options difficult. In contrast, in Manhattan the central business districts have local and commuter rail that can get thousands of people in and out of the city at a time. We don’t have that kind of infrastructure anywhere in the Valley.

Another related issue we’re seeing is the suburbanization of poverty. Jobs are suburbanizing, and poverty is suburbanizing. As suburbs are aging, they are becoming cheaper places to live, whether you’re buying a house or renting. So, people are moving to where they can afford to live, even though that will add additional costs. If you can’t afford a car, then you might be stuck on hours-long commutes waiting for multiple buses and so forth. That’s assuming public transportation is being maintained in any given suburb.

Arizona State University’s Herberger Institute for Design and the Arts is seeking seven individuals with field experience exploring arts, culture and design-based collaborations in the work of equitable community development practices. These individuals will be funded to work in tandem with ASU as the inaugural cohort for the Practices for Change Fellowship, funded in part by the National Endowm...

Arizona State University’s Herberger Institute for Design and the Arts is seeking seven individuals with field experience exploring arts, culture and design-based collaborations in the work of equitable community development practices. These individuals will be funded to work in tandem with ASU as the inaugural cohort for the Practices for Change Fellowship, funded in part by the National Endowment for the Arts.

“In our work to support transformative creative thinkers in non-arts sectors, we’re proud to share ASU resources with individuals who are examining systems and ideas of creative placemaking,” said Herberger Institute Dean Steven J. Tepper. “As we strive to be better community partners in Arizona and beyond, the National Accelerator for Cultural Innovation is our place for bringing disruptive cultural innovators together to propel design- and arts-led social transformation for public good.” In partnership with the Center for Performance and Civic Practice, the Herberger Institute’s National Accelerator for Cultural Innovation will support fellows whose main work experience is in non-arts systems, such as health, justice, sustainability, housing or community development, and who seek to expand their own practical field work via a partnership with resources at ASU that will work to codify and advance learning in creative placemaking through student engagement, community inquiry and knowledge/content creation for the field.

Funding for the fellowships are provided via an NEA Our Town Grant and the National Accelerator. The fellowship includes an annual stipend as well as travel and housing funds.

The deadline to apply for the fellowship is March 15, 2019. Up to seven fellows will be selected from applicants across the United States who have successfully collaborated with artists/designers/culture workers within interdisciplinary non-arts sectors. The fellowship will take place between July 1, 2019 and June 30, 2020.

The National Accelerator for Cultural Innovation at ASU’s Herberger Institute for Design and the Arts brings together disruptive cultural innovators to prototype, incubate and scale use-inspired practice, policy and peer networks that propel artists and designers as leaders for social transformation and public good.

The mission of ASU’s Herberger Institute for Design and the Arts is to position designers, artists, scholars and educators at the center of public life and prepare them to use their creative capacities to advance culture, build community and imaginatively address today’s most pressing challenges.

Learn more about ASU’s National Accelerator for Cultural Innovation and about the Practices for Change Fellowship.