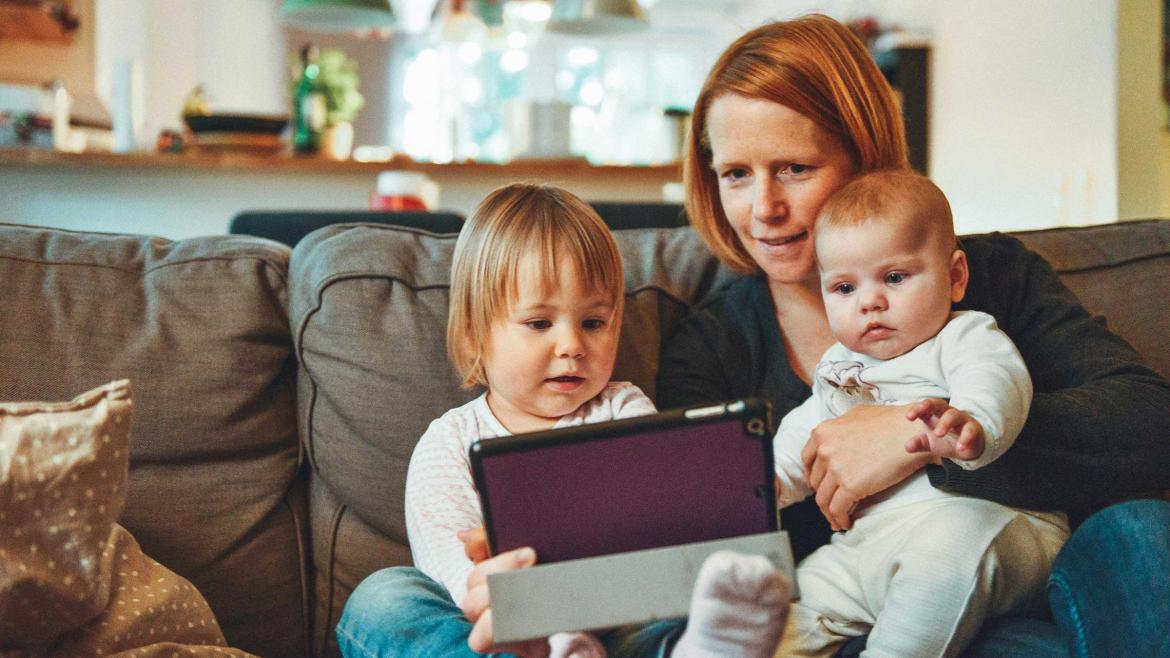 Knowing who needs to be where, on what day and at what time. Buying a bigger pair of pants before a child outgrows what is currently hanging in the closet. Always having a jar of unopened peanut butter on hand.

These caregiving tasks require mental and emotional effort and are examples of the invisible labor women contribute in caring for their families. Researchers from Arizona State University and Oklahoma State University examined how invisible labor impacted the well-being of a sample of American women. The work will be published Tuesday in Sex Roles.

“Until recently, no one stopped to think about Mom herself,” said Suniya Luthar, Foundation Professor of psychology at ASU and senior author on the study. “We need to attend to the well-being of moms if we want children to do well, and also for their own sakes.”

Though men participate in housework and childcare more today than in the past, women still manage the household, even when they are employed. Because this unequal burden can affect the mental health of women, the researchers decided to study how the management of a household was divided among partners and how the division of labor affected women’s well-being.

“Even though women may be physically doing fewer loads of laundry, they continue to hold the responsibility for making sure the detergent does not run out, all the dirty clothes make it into the wash and that there are always clean towels available,” said first author Lucia Ciciolla, who earned her doctorate from the ASU Department of Psychology with Keith Crnic and Stephen West. Ciciolla now works as an assistant professor of psychology at Oklahoma State University. “Women are beginning to recognize they still hold the mental burden of the household even if others share in the physical work, and that this mental burden can take a toll.”

The researchers surveyed 393 American women with children under age 18 who were married or in a committed partnership. The sample included women mostly from middle-upper-class homes who were highly educated, with more than 70 percent having at least a college education.

The team measured the division of household labor by asking questions about who was in charge of three sets of tasks: organizing the family’s schedules, fostering children’s well-being and making major financial decisions. The researchers looked at how these tasks affected the women’s satisfaction with spouses or partners and their satisfaction with life overall. The team also looked at how invisible labor was linked to feelings of being overwhelmed and feelings of emptiness in the women’s everyday lives.

A mother’s work is never done

In the category of family routines, almost nine in 10 women answered they felt solely responsible for organizing the schedules of the family, which Luthar said is an extremely large percentage, given 65 percent of the women were employed. At least seven in 10 women answered they were also responsible for other areas of family routines like maintaining standards for routines and assigning household chores.

The women who indicated they were in charge of the household reported they felt overwhelmed with their role as parents, had little time for themselves and felt exhausted.

“Sole responsibility for household management showed links with moms’ distress levels, but with the almost 90 percent of women feeling solely responsible, there was not enough variability in the data to detect whether this association was statistically significant,” Luthar said. “At the same time, there’s no question that constant juggling and multitasking at home negatively affects mental health.”

A large percentage of the women also felt that it was mostly they who were responsible for being vigilant of their children’s well-being and emotional states. Almost eight in 10 answered they were the one who knew the children’s schoolteachers and administrators, and two-thirds indicated it was they who were attentive to the children’s emotional needs. Yet, instilling values in children was a shared responsibility. Only a quarter of women said they were solely responsible, and 72 percent said that this was generally shared equally with partners.

The invisible labor of ensuring the well-being of children did, in fact, show strong, unique links with women’s distress. This category clearly predicted feelings of emptiness in the women. It was also associated with low satisfaction levels about life overall and with the marriage or partnership.

“Research in developmental science indicates that mothers are first responders to kids’ distress,” Luthar said. “That is a very weighty job; it can be terrifying that you’re making decisions, flying solo, that might actually worsen rather than improve things for your children’s happiness.”

Financial decisions were also listed as shared responsibilities, with just over 50 percent of the women answering they made decisions about investments, vacations, major home improvements and car purchases together with their partner. Because other studies have found participating in financial decisions to be empowering, the researchers predicted it would be positively associated with women’s well-being. But financial decision-making was unexpectedly associated with low partner satisfaction, which the research team attributed to the addition of this job on top of the already high demands of managing the household and ensuring the children’s well-being.

Experts on resilience in children agree that the most important protection for kids under stress is the well-being of the primary caregiver in the family, which is most commonly the mother. Mothers must also feel nurtured and cared for if they are to have good mental health and positive parenting behaviors. When women feel overly responsible for the invisible labor of running a household and raising children, it can negatively impact their overall well-being.

“When mothers feel supported, they can have the emotional resources to cope well with the demands they face,” Ciciolla said. “Being able to address inequalities in invisible labor can allow women and families to create households that are more functional and less burdensome, and can also spare women mental gymnastics to find the space and time to care for themselves.”

In addition to talking about invisible labor, Luthar emphasized that mothers must maintain dependable, authentic connections with others who are supportive. Randomized clinical trials have shown that regular support groups with mothers in the workplace led to reductions in distress, burnout at work and the stress hormone cortisol.

“Resilience rests, fundamentally, on relationships,” Luthar said. “As this is true for children, it is true for mothers who tend them.”

This work was supported by the National Institutes of Health (R01 DA014385 and R13 MH082592) and by Authentic Connections and the Rodel Foundation. The content is solely the responsibility of the authors and does not necessarily reflect the official views of the funding agencies.

Augusta National, home to the Masters Tournament, is one of the most famous and exclusive golf clubs in the world. ... Augusta National, home to the Masters Tournament, is one of the most famous and exclusive golf clubs in the world.