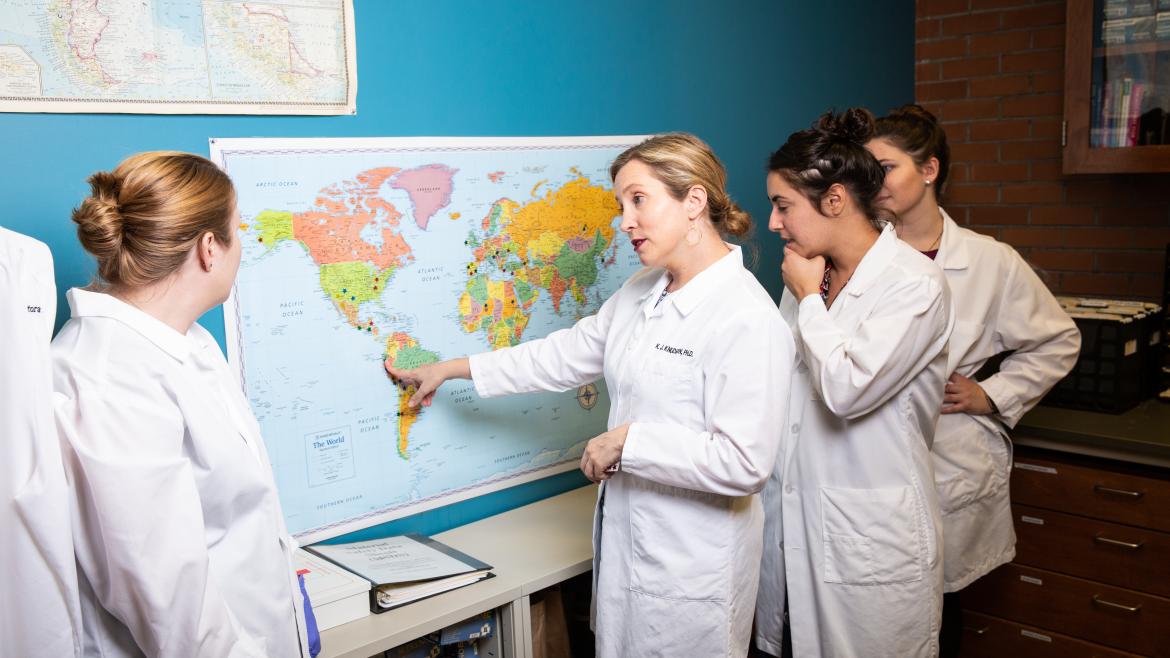 Tucked away in a quiet corner of Arizona State University's Tempe campus, the Archaeological Chemistry Laboratory analyzes samples from across the globe — such as plants, bones, dirt, textiles and hair — to reveal the secret lives and environments of ancient people. After 12 years, it has reached an impressive milestone by processing its 10,000th sample.

The chemicals it analyzes, called isotopes, are like fingerprints that the land leaves on organic matter. Each is a slight variation of an element, such as oxygen, that is unique to a specific area. So if you grew up in New Hampshire and then lived in Arizona as an adult, the isotopic signature in your teeth and bones would show that you spent your adulthood in the Southwest but originally came from the Northeast.

Some samples arrive with unusual stories, like the bone of a roseate spoonbill bird collected from an archaeological site in Illinois.

“This bird was found thousands of miles away from the Gulf Coast where it was from, indicating it was part of trade and exchange that happened more than 1,000 years ago,” said Kelly Knudson, a professor in the School of Human Evolution and Social Change and the director of the lab.

Founded in 2006, the lab has given nearly 90 graduate and undergraduate ASU students the chance to investigate the past using scientific and conceptual skill sets that serve them in all sorts of future careers, said Knudson, who also directs the Center for Bioarchaeological Research.

The celebrated 10,000th sample, ACL-10000, is a humble water sample from southern Peru. However, as part of the Andean Paleomobility Unification Project, it’s destined to have a lasting impact on the archaeological study of the Andes. Kelly Knudson directs the laboratory, while Beth Scaffidi (right) was the one to process the lab's 10,000th sample. 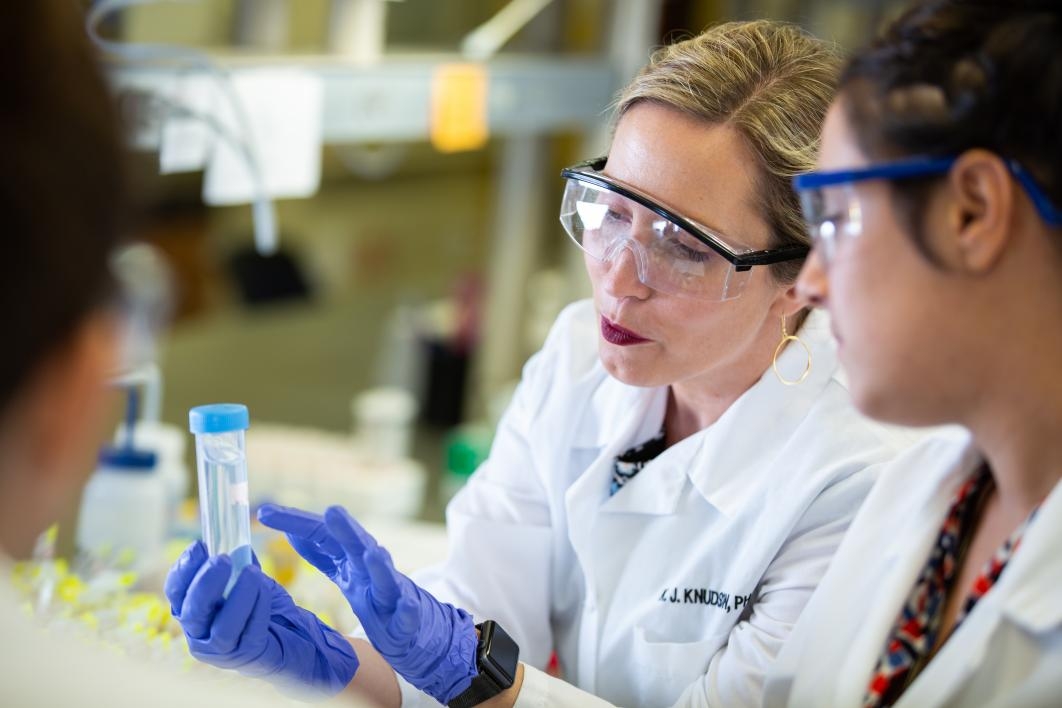 Knudson shows students a water sample. The lab has allowed almost 90 students to investigate the past. 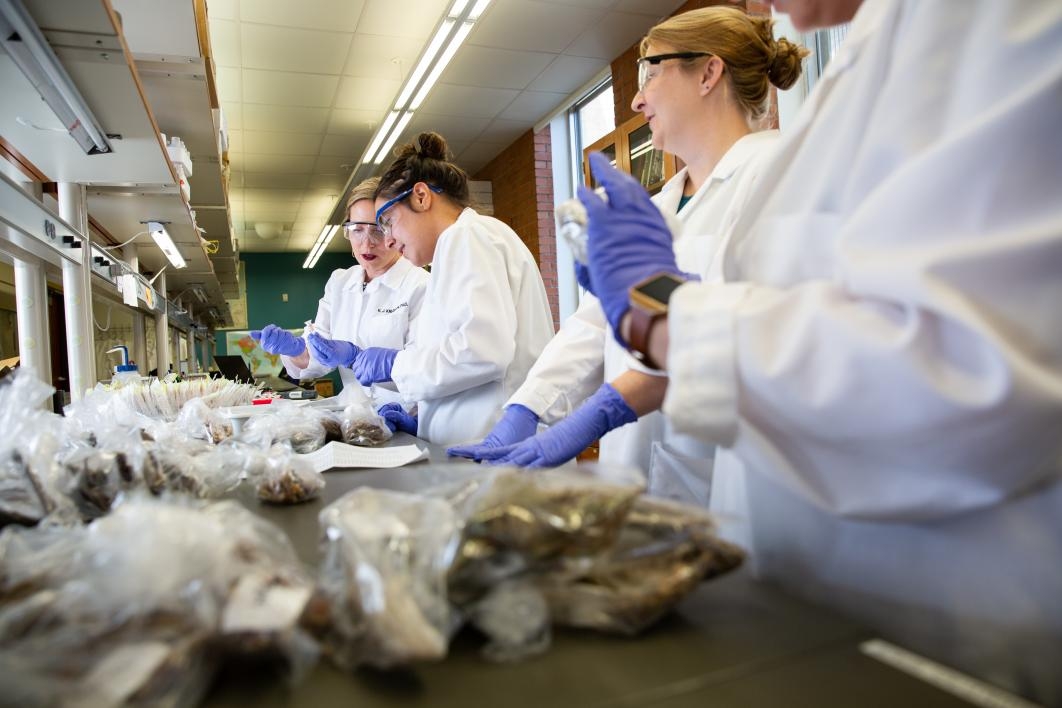 Knudson and researchers look through piles of samples. Each sample is analyzed multiple times, so 10,000 samples actually represent tens of thousands of data points.

“The project is an effort to collect environmental baseline samples from 10 different river valleys in the Andes and create models for isotope expectations for each, so that researchers can quickly match archaeological samples to their likely point of origin,” said postdoctoral researcher Beth Scaffidi, who works on the project and analyzed the sample.

Because the lab usually does multiple analyses on each sample it gets, this and other projects represent the collection of tens of thousands of data points.

Data scientists today have all kinds of methods and technology to track modern human behavior, but that information represents just a blip in a much longer story, Knudson explains. It’s up to archaeologists and laboratories like hers to better connect these dots in our prehistory.

“We have been able to use these samples to understand all kinds of questions about the past, from what people ate and where they lived to how the environment changed, in places where few or no other records of these were available,” she said.

Top photo: Kelly Knudson and researchers look at a map in the lab. Each star represents the location of a sample they've processed. Photo by Deanna Dent/ASU Now

Reili Richardson's buzzer beater capped an 8-0 run by the No. 22 Arizona State women's basketball team in the final 80 seconds to help lead the Sun Devils to a come-from-behind, 65-63 win over Utah on Friday night. ... Reili Richardson's buzzer beater capped an 8-0 run by the No. 22 Arizona State women's basketball team in the final 80 seconds to help lead the Sun Devils to a come-from-behind, 65-63 win over Utah on Friday night.