ASU’s ‘starbirth’ research a top 10 ‘Breakthrough of the Year’

A key discovery on the birth of stars and unexpected conditions in the early universe by Arizona State University cosmologist Judd Bowman and his research team has been chosen by the U.K.-based publication Physics World as one of its top 10 "Breakthroughs of the Year."

“It has been amazing to see the response to our paper over the last nine months and now to have the potential of this research acknowledged by Physics World," said Bowman, an associate professor in the School of Earth and Space Exploration. "This is an extremely challenging measurement and we are eager for another team to reproduce it so that we can fully explore its implications.” 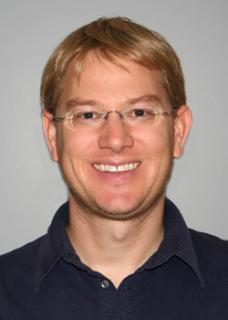 Bowman is an experimental cosmologist interested in the formation of structure in the early universe, the great Cosmic Dawn that includes the very first stars, galaxies and black holes.

The discovery provided the first evidence for the oldest ancestors in our cosmic family tree. But a bigger surprise was the temperature of the gas around those early stars. One possible explanation is that the primordial gas was cooled through extremely weak interactions with dark matter.

There is five times more dark matter in the universe than normal matter, but it has never been directly seen; instead it is inferred to exist due its gravitational influence on other objects. If confirmed by additional investigations, the discovery by Bowman and his team will have provided the first clues in the decades-long search for the nature of dark matter.

Finding such signals is a painstaking process that took the research team more than a decade to develop technology to accurately separate signal from noise. By necessity, much of Bowman's data collection takes place in the desert outback of Western Australia and in other remote sites around the world where interference from human-generated radio sources like FM radio and TV stations is greatly reduced.

Through their Experiment to Detect the Global EoR Signature (EDGES) project, the team measured the average radio spectrum of all the astronomical signals received across most of the Southern Hemisphere sky.

The signals detected by the radio spectrometer for the study came from primordial hydrogen gas that filled the young universe and existed between all the stars and galaxies. These signals hold a wealth of information on the conditions in the early universe that opens a new window on how early stars — and later, black holes and galaxies — formed and evolved.

“It is unlikely that we’ll be able to see any earlier into the history of stars in our lifetimes,” Bowman said. “This project shows that a promising new technique can work and has paved the way for decades of new astrophysical discoveries.”

And while further observations are needed to back up this hypothesis, noted Physics World, the research could help resolve one of the most important unsolved mysteries of physics: What is the nature of dark matter?

The 2019 Roebling Medal, the highest award of the Mineralogical Society of America for outstanding original research in mineralogy, is being awarded to Arizona State University Regents’ Professor Peter Buseck, who holds joint faculty appointments in the School of Molecular Sciences and the School of Earth and Space Exploration.“Peter Buseck and his group are widely known for their research in...

The 2019 Roebling Medal, the highest award of the Mineralogical Society of America for outstanding original research in mineralogy, is being awarded to Arizona State University Regents’ Professor Peter Buseck, who holds joint faculty appointments in the School of Molecular Sciences and the School of Earth and Space Exploration.

“Peter Buseck and his group are widely known for their research in solid state geochemistry and mineralogy, geochemistry and cosmochemistry, as well as atmospheric geochemistry,” said Professor Neal Woodbury, director of the School of Molecular Sciences. “They pioneered the use of transmission electron microscopy to study minerals, meteorites and aerosol particles at close to the atomic scale. Peter’s award is great news and highly appropriate. He is an inspiring colleague whose wide range of original and sometimes provocative findings has given our school high stature in the geochemical and mineralogical fields. I am very happy to see him recognized with this prestigious award.” 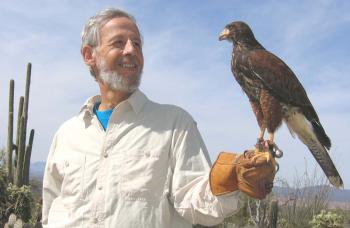 Buseck received several nominations for this award, including from Michael Hochella, who is a University Distinguished Professor and the director of the Virginia Tech National Center of Earth and Environmental Nanotechnology Infrastructure. Hochella stated in his nomination letter that, "Peter is one of the most influential electron microscopists in the world — atmospheric, continental and meteorite communities — with the broadest applications and scientific reach.”

Another nominator is former postdoctoral student and colleague Mihály Pósfai, who is a member of the Hungarian Academy of Sciences and currently a professor at the University of Pannonia in Hungary.

“Peter has been active for more than 46 years in mineralogy, and his contributions to our science are tremendous,” Pósfai said. “He pioneered the use of transmission electron microscopy techniques for solving problems in Earth sciences. Throughout his career he managed a large group of talented researchers at ASU who produced many groundbreaking results.” 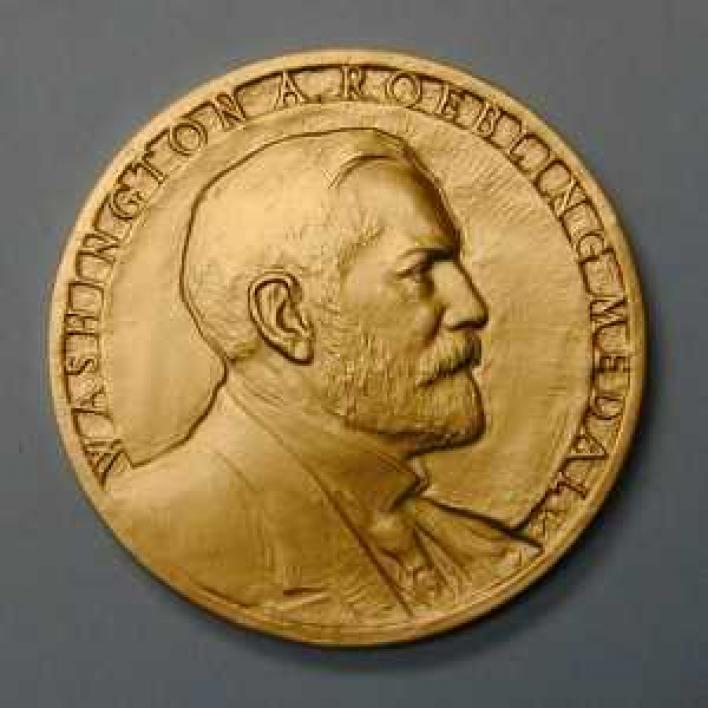 The recipient of the Roebling medal receives an engraved medal and is made a Life Fellow of the Society. 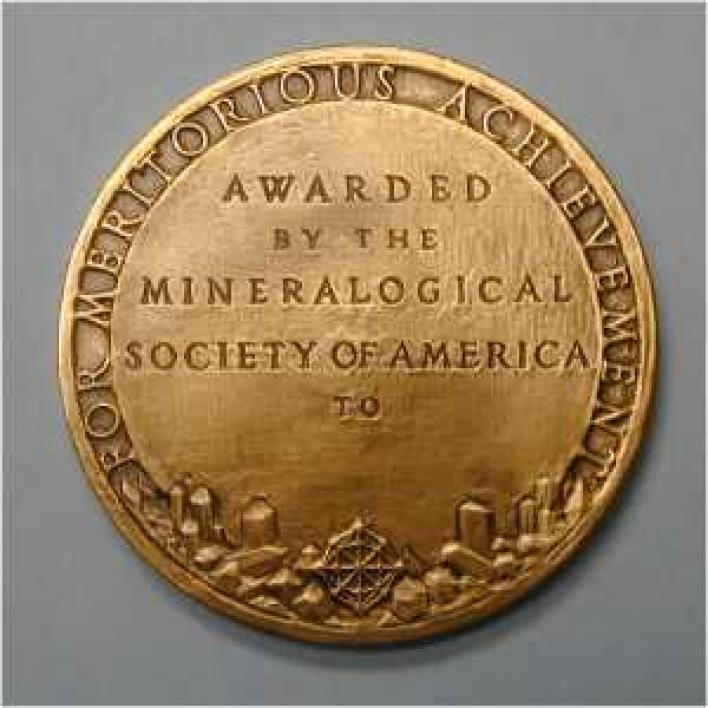 The medal was designed by Dr. Avard T. Fairbanks, then at the Institute of Fine Arts, University of Michigan, and has been struck by the Medallic Art Co. since 1937.

In addition to the Roebling Medal, Buseck has won the ASU Graduate College Outstanding Graduate Mentor Award and has been named a Graduate College Distinguished Research Fellow. He has had visiting appointments at Oxford and Stanford Universities, the University of Paris (VI, VII), and Harvard University. He was assistant to the director of the U.S. National Science Foundation in 1994–95. He is a fellow of the American Association for the Advancement of Science, the Geological Society of America, the Meteoritical Society and the Mineralogical Society of America. He is a Regents’ Professor and a sustainability scientist.

“Regents' Professor Peter Buseck has a wonderful and sustained history of scientific achievement in mineralogy,” said Ramon Arrowsmith, School of Earth and Space Exploration deputy director. “He and his research group have produced many highly cited papers and led influential investigations. This award is highly deserved.”

The medal is named in honor of Colonel Washington A. Roebling (1837–1926), an engineer, bridge builder, mineral collector and significant friend of the society. A fund was established and annual additions were made to it from the treasury until the amount was sufficient to make the first award, in 1937.

“I am honored to be recognized by my colleagues and to have made a significant impact on the science in my field,” Buseck said. “Much of the credit is shared with my former students, postdoctoral associates and visiting scientists.”

The Roebling Medal is the highest award of the Mineralogical Society of America for scientific eminence as represented primarily by scientific publication of outstanding original research in mineralogy. The science of mineralogy is defined broadly for purposes of the Roebling Medal, and a candidate need not qualify as a mineralogist; rather his or her published research should be related to the mineralogical sciences and should make some outstanding contribution to them. Service to mineralogy, teaching and administrative accomplishment are not to be considered primary merit for the award. The nomination needs to be supported by the nominee’s published work. The award is not restricted to U.S. citizens. Nationality, personality, age of candidate or place of employment shall not be considered for the award; however, current members of MSA Council are not eligible to be considered for the award.