Philip Thomas has always enjoyed solving problems, and engineering allows him to have a hands-on problem-solving experience. 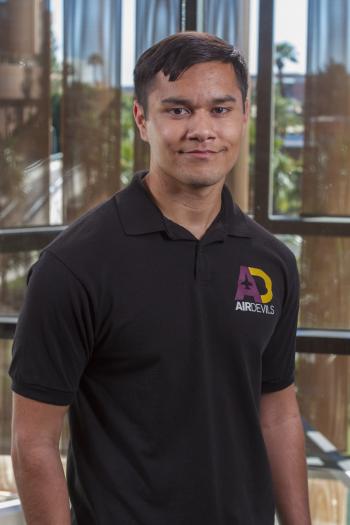 “Engineering provides many unique challenges that can be approached in a variety of fascinating ways,” Thomas said. “In high school, I found I loved working on basic robots and finding ways to control them both autonomously and through human direction. This fueled my interest in programming and mechanical design and inspired me to seek a mechanical engineering degree.”

Once he arrived at Arizona State University, Thomas decided to look into working with drones and airplanes.

“I had never worked with them before, but I discovered I loved working on airplanes,” Thomas said. “This drove me to switch to aerospace engineering.”

As a student in the Ira A. Fulton Schools of Engineering, Thomas took his newly discovered love of airplanes and ran with it. He was heavily involved with the American Institute of Aeronautics and Astronautics student branch and Air Devils, an aerospace engineering student organization.

“I quickly pushed myself into leadership with the Air Devils and was voted in as treasurer my sophomore year and president my junior year,” Thomas said. “As president, I oversaw the first international collaboration of Air Devils with a team from the University of Southampton in the United Kingdom.”

Under Thomas’ leadership, the teams designed and flew a competitive radio-controlled aircraft for the AIAA Design-Build-Fly competition.

Thomas led the AIAA student branch during his junior year and helped secure two mini-grants from the ASU Kern Entrepreneurial Engineering Network to fund two engineering workshops based on the entrepreneurial mindset.

For Thomas, there was no single “aha!” moment in his path through engineering. Instead, it has been a constant series of small steps, successes and mistakes that have helped him navigate life so far.

“I don’t really think there’s a set path for success at all,” Thomas said. “Instead, I try new things, learn about what piques my curiosity and maneuver myself as best as possible to move down the paths that most excite me. Along the way I’ve discovered that life constantly throws curveballs, and I never really know what’s around the corner.”

Today what’s around the next corner for Thomas is obtaining a master’s degree through the 4+1 program where he hopes to study more about weather-based aircraft performance. Beyond that, the sky's the limit.

“I honestly have no idea where I’ll end up or what I’ll end up doing,” he said. “Considering how much my plans have deviated from just four years ago, I’m hesitant to put up a long-term plan of any sort as it’ll almost certainly be pushed into uncharted territory.”

Fulfilling a dream and shaping the automotive industry's future

Editor’s note: This is part of a series of profiles for fall 2018 commencement. Read about more graduates. Richard Mortensen is proud to be accomplishing his goal of earning a degree in engineering, but returning to college and managing his time with a family of four children was challenging.After working in the industry as an automotive technician, Mortensen wanted to attend his hometown uni...

Fulfilling a dream and shaping the automotive industry's future

Richard Mortensen is proud to be accomplishing his goal of earning a degree in engineering, but returning to college and managing his time with a family of four children was challenging. 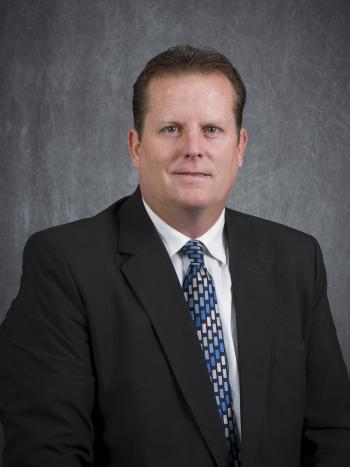 After working in the industry as an automotive technician, Mortensen wanted to attend his hometown university to earn an engineering degree.

“To me, engineering is about making things better for those around us in our community, our nation, our world,” he said. “By being an engineer, I get to be a part of a team that makes these goals a reality.”

Team projects also taught him to keep an open mind while working with a group.

“There are many ways to accomplish a task or goal, and you might find one that works better than the option you chose,” he said.

Senior Lecturer James Contes was instrumental in Mortensen’s educational journey. Contes showed him there’s always something new to learn even if you know the profession well.

That advice will be important as Mortensen moves into the next phase of his career. He has noticed the automotive and energy industries are rapidly changing and wants to be part of new developments as he moves to search for his next job.

“I want to have the opportunity to be a source of the change we are seeing and be able to provide for my family,” Mortensen said.

Despite the past four years of busy school and family schedules, Mortensen enjoyed getting the chance to spend time with his kids at ASU football games. After graduation, he’s looking forward to having more time and resources to give his children experiences that will help them grow.