Arizona State University researchers Joshua LaBaer and Nathan Newman have been named Fellows of the National Academy of Inventors, the organization announced today.

Election to NAI Fellow status is the highest professional accolade bestowed solely to academic inventors who have demonstrated a prolific spirit of innovation in creating or facilitating outstanding inventions that have made a tangible impact on the quality of life, economic development and welfare of society.

“With this honor, Josh LaBaer and Nate Newman join the prestigious ranks of nearly 1,000 academic inventors worldwide who are recognized for scientific contributions that are having a significant impact on the world around us,” said Sethuraman Panchanathan, executive vice president of ASU Knowledge Enterprise Development and chief research and innovation officer at ASU.

“Josh’s work in helping us understand biomarkers – the “fingerprints” of disease – will lead to more effective medical diagnostics and treatments. And Nate’s work in nanoscience and the discovery of new materials is improving the effectiveness of microwave electronic systems,” said Panchanathan. “Both are leaders in their respective fields, creating jobs and inspiring scientists all over the world to pursue new ideas and solutions to some of the world’s most pressing problems.”

LaBaer is the executive director of ASU’s Biodesign Institute and director of the Biodesign Virginia G. Piper Center for Personalized Diagnostics, where nearly 180 biologists, chemists, statisticians, toxicologists, engineers and others are working to identify new ways to diagnose disease earlier and more precisely to save and improve lives. In addition to his work as a biomedical researcher, LaBaer is a medical oncologist. At ASU he holds the Virginia G. Piper Chair of Personalized Medicine and the Dalton Endowed Chair of Cancer Research and is a professor in the School of Molecular Sciences. LaBaer is also an adjunct professor at Mayo Clinic's College of Medicine.

“We scientists and researchers have a privileged position in society — the opportunity to stand at the edge of knowledge and look forward to the future,” said LaBaer. “The greatest reward comes when we can use that knowledge to improve the state of humanity. I hope this recognition from NAI inspires others to do the same.”

LaBaer is considered one of the nation’s foremost investigators in the advancement of personalized medicine. He is a pioneer in the field of using blood-based autoantibodies as potential indicators of disease status both in cancers and autoimmune diseases. His discoveries of novel biomarkers provide early warning diagnostics for those at risk of major illnesses, including cancer and diabetes. He holds eight U.S. patents that have been licensed to five companies. A new blood-based diagnostic for breast cancer (Videssa Breast) is one example of the impact of his work. 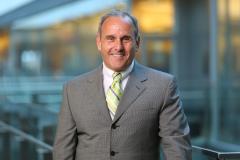 NAI Fellows are noted for making an impact on society. With LaBaer’s discoveries, women with unclear mammography results now can get a blood test rather than an invasive biopsy to accurately identify early-stage breast cancer. Each year, approximately 182,000 American women are diagnosed with breast cancer and 40,000 patients die from the disease. Current screening methods miss about 25 percent of cases, and four of five findings are false positives.

To accelerate discoveries the world over, LaBaer created DNASU, an open-source plasmid repository to accelerate the discovery of biomarkers and drug targets. DNASU distributes about 300,000 plasmids that encode thousands of human and pathogen genes to researchers all over the world.

Newman serves as the Lamonte H. Lawrence Professor of Solid State Science in ASU’s Ira A. Fulton Schools of Engineering. His research focuses on the growth, characterization and modeling of novel solid state materials for microwave, photonic and high-speed applications.

“I’m honored to be recognized as an NAI Fellow for the diversity of my inventions and their impact on individuals’ lives outside of the academic world,” said Newman. “It’s truly a privilege to make ASU proud with this substantial distinction.”

During the course of a prolific career, Newman has been granted 13 U.S. patents for a wide range of applications, from high-powered electronics and ultra-low-power computing to direct energy generation from a nuclear source.

Most recently, Newman and his former graduate student received a patent for a method to switch microwave dielectric devices on and off. Dielectrics serve as a filter to selectively pick up specific signals while disregarding others.

Once optimized, the invention has the potential to revolutionize communication and Doppler technology, improving designs of just about all microwave electronic systems such as cell phones, radar, satellite, wireless radio and more.

Newman leads a team of about 25 researchers who are working to further solid state electronics and push the performance limits of materials and devices, which are of prime importance to funding agencies such as the Department of Defense and the National Security Agency. In 2018 alone, he has presented plenary, keynote and invited speeches on his recent research in Japan, Scotland, Serbia and China, among others.

Additionally, Newman has exhibited a highly prolific spirit of innovation through his collaboration with Nobel Laureate Frank Wilczek on an initiative called the Science Hub, or “SciHub.” The team enhances people’s limited scope of perception with modern technology to improve lives. In one project, Newman and his team are developing lighting solutions to help overcome color blindness. 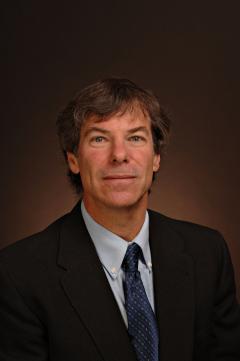 Newman credits much of his success to his phenomenal research group, which has included more than a dozen senior research and visiting professors, several staff and dozens of graduate, undergraduate and high school students. In particular, he recognizes the hard work and determination of an extremely talented engineering associate Richard Hanley, who constructed the inventions and made all this possible.

“My team works coherently together to make our dreams a reality,” said Newman. “I really owe it to them.”

LaBaer and Newman join several other ASU faculty, including Charles Arntzen, Bruce Rittmann, Stuart Lindsay, Michael Kozicki, Sethuraman Panchanathan, Stephen Johnston and Deirdre Meldrum who have also been honored as NAI Fellows in recent years, helping to further raise ASU’s reputation as a leader in innovation. Additionally, in a strategic effort to foster ASU innovation throughout its entrepreneurial ecosystem, ASU formed a NAI Chapter in March 2017 to recognize inventors and promote innovation across all disciplines of the institution.

Panchanathan was named an NAI fellow in 2013. In 2018, he was appointed vice president of the National Academy of Inventors

Those elected to the ranks of NAI Fellow were nominated by their peers for outstanding contributions to innovation in areas such as patents and licensing, innovative discovery and technology, significant impact on society, and support and enhancement of innovation.

On April 11, 2019, the 2018 NAI Fellows will be inducted as part of the Eighth Annual NAI Conference at Space Center Houston.

The 2018 NAI Fellows will also be highlighted with a full-page announcement in The Chronicle of Higher Education Jan. 29, 2019 issue, and in an upcoming issue of Science and Technology and Innovation, the journal of the NAI.

With the election of the 2018 class, there are now over 1,000 NAI Fellows representing over 250 research universities and governmental and nonprofit research institutes. The 2018 Fellows are named inventors on nearly 4,000 issued U.S. patents.

Included among this year's NAI Fellows are more than 25 presidents and senior leaders of research universities and non-profit research institutes; 59 members of the National Academies of Sciences, Engineering, and Medicine; two inductees of the National Inventors Hall of Fame; five recipients of the U.S. National Medal of Technology & Innovation and U.S. National Medal of Science; three Nobel Laureates; 43 AAAS Fellows; 32 IEEE Fellows; and 22 Fellows of the American Academy of Arts & Sciences, among other awards and distinctions.

The National Academy of Inventors is a member organization comprising U.S. and international universities, and governmental and non-profit research institutes, with over 4,000 individual inventor members and Fellows spanning more than 250 institutions worldwide. It was founded in 2010 at the University of South Florida to recognize and encourage inventors with patents issued from the U.S. Patent and Trademark Office, enhance the visibility of academic technology and innovation, encourage the disclosure of intellectual property, educate and mentor innovative students, and translate the inventions of its members to benefit society. The NAI publishes the multidisciplinary journal, Technology and Innovation.

No. 8 @ASUWrestling to Face No. 1 Penn State Friday on ESPN2

The Sun Devils and Nittany Lions will compete Friday night in the first part of a home-and-home agreement. ...

No. 8 @ASUWrestling to Face No. 1 Penn State Friday on ESPN2 The Sun Devils and Nittany Lions will compete Friday night in the first part of a home-and-home agreement.