Hysterectomy linked to memory deficit in an animal model

By age 60, one in three American women have had a hysterectomy. Though hysterectomy is a prevalent and routine surgery, the removal of the uterus before natural menopause might actually be problematic for cognitive processes like memory.

Researchers in the Arizona State University Department of Psychology have found rats that underwent the surgical removal of the uterus with ovaries left intact had a memory deficit, suggesting the uterus might have functions beyond reproduction. The study was published Dec. 6 in Endocrinology. 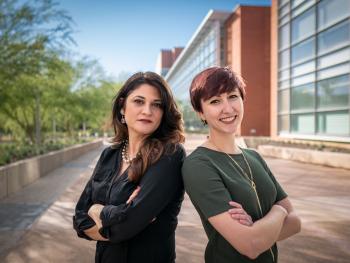 A dormant and useless organ?

Endocrinology textbooks used in medical and graduate schools describe the uterus as having the sole function of accommodating and supporting a fetus or as a useless organ outside of reproduction. But, there is mounting evidence from research in animals and people suggesting otherwise.

The uterus and ovaries communicate for reproductive functions, but there are also direct connections between the uterus and the brain through the body’s autonomic nervous system. The autonomic nervous system coordinates unconscious functions like breathing and digestion. The lesser understood uterine-brain connections could affect cognitive functions and impact how females age.

“There is some research showing that women who underwent hysterectomy but maintained their ovaries had an increased risk for dementia if the surgery occurred before natural menopause. This finding is striking,” said Heather Bimonte-Nelson, professor of psychology and senior author on the paper. “We wanted to investigate and understand whether the uterus itself could impact brain function.”

Six weeks after surgery, the researchers taught the four groups of rats how to navigate a maze. Once all the rats had learned this task, the researchers tested the memory capacity of the rats. The team also looked at the reproductive organs and hormones.

“This experiment tests the role of the uterus in cognitive changes that accompany menopause. The researchers use several surgical approaches that are actually used for women who undergo oophorectomy, hysterectomy, or both. This alone is laudable,” said Donna Korol, an associate professor of biology at Syracuse University who was not part of the study. “One of the beauties of this experimental design was the sampling of different measures from the same subject, allowing for within-subject comparisons across multiple systems.”

A rodent version of the card game “concentration”

During the memory testing, the rats navigated a water maze that looked like a sunburst, with eight arms radiating out from a circular center. There were submerged platforms at the end of some of the arms, and the rats had to swim to locate a hidden platform. In the beginning of the experiment, the researchers placed four platforms for the rats to find. After a rat found a platform, the researcher removed it for the rest of the day. The rat then restarted the maze, searching for the remaining platforms while having to remember both where previous platforms had been and which arms had always been empty.

With two platforms down and two to go, the research team found the rats that had only the uterus removed could not handle the increased memory load. These rats kept returning to places where there had never been a platform, indicating they were unable to remember which arms of the maze led to platforms.

The other kinds of menopausal-related surgery did not affect how many mistakes the rats made in the maze; only hysterectomy resulted in memory impairment.

“The surgical removal of just the uterus had a unique and negative effect on working memory, or how much information the rats were able to manage simultaneously, an effect we saw after the rats learned the rules of the maze” said Stephanie Koebele, ASU psychology graduate student and first author on the paper.

The research team also measured the amounts of different hormones in the blood, like progesterone, follicle-stimulating hormone and luteinizing hormone. Hormones are chemicals made by the body that regulate organs and body systems and send information. The hormone levels in the hysterectomy-only group were different from the group that had no reproductive tract alterations, even though both of these groups still had ovaries.

“Even though the ovaries were structurally similar across all the groups, the hormones that were produced in the group that received hysterectomy alone resulted in a different hormone profile,” said Koebele, who has a fellowship from the National Institute on Aging for her doctoral research. “Hormones affect both brain and other body systems, and having an altered hormonal profile could impact the trajectory of cognitive aging and could create different health risks.”

Exactly how the altered hormone profile affects cognitive aging or creates health risks is complicated but is nonetheless very important to study and understand.

“Complicated does not mean impossible,” said Bimonte-Nelson, who directs ASU’s Behavioral Neuroscience of Memory and Aging lab. Her lab is currently testing whether the memory deficit after hysterectomy is reversible with time or is the beginning of a more global memory impairment.

Department of Psychology The College of Liberal Arts and Sciences

Editor’s note: This is part of a series of profiles for fall 2018 commencement. Read about more graduates.Patrick Murphy was able to pursue his master’s degree at Arizona State University while also helping his hometown to be more sustainable.Murphy is the first person to earn the ASU Online Master of Science in Engineering degree in sustainability engineering, a program that started in 2016... Patrick Murphy was able to pursue his master’s degree at Arizona State University while also helping his hometown to be more sustainable.

Murphy is the first person to earn the ASU Online Master of Science in Engineering degree in sustainability engineering, a program that started in 2016.

The degree requires a six-credit capstone project, and Murphy performed a sustainability analysis for the village of Mokena, Illinois, where he’s from, to determine whether it should convert its street lighting system from conventional bulbs to LED bulbs. 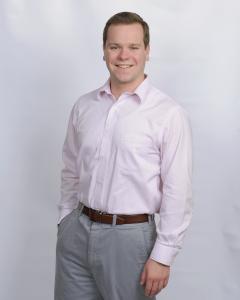 “By talking with the village, I gauged what aspects mattered more to them in consideration of this change in comparison with others,” he said.

Murphy worked with the officials on the following aspects: cost of transition, energy savings, environmental impact, life-cycle analysis of the lighting system, road safety impact, crime rate impact, auxiliary technology to be incorporated, the methodology of transition and the impact of change on a large scale.

“According to my research, the village would end up saving money and reducing emissions without impacting the safety of its citizens by making the change to LED bulbs,” said Murphy, who received his bachelor’s degree in civil engineering from Purdue University. He was working in the field of utility infrastructure and land development for a company in Dallas when he started his degree program.

Question: What was your “aha” moment, when you realized you wanted to study sustainability?

Answer: I was in the final semester of my undergraduate degree, and I took an "environmental sustainability" class. The class provided the basic overview and concepts of sustainability, and I fell in love with the subject matter. Sustainability requires a different way of viewing a problem, and this introductory course introduced this problem-solving methodology to me. It considers a problem from an overall impact perspective rather than the immediate technical solution that engineers are accustomed to.

Q: Why did you decide to pursue the ASU Online master’s program?

A: After I finished my undergraduate degree I knew that I wanted to pursue a sustainability master's degree. ASU was my first choice due to their innovation in education and their commitment to sustainability. The online program allowed me to be flexible with my career choices while still pursuing the world-class education that I wanted. ASU gave me the opportunity to pursue my passion for sustainability while advancing in my career. This combination made choosing ASU a no-brainer.

Q: What was your favorite part of the program?

A: The best part of the program was learning from the ASU staff. The professors that I worked under have all contributed to the emerging field of sustainability, and it was important for me to learn directly from some of the "pioneers" of the field, especially as the first graduate from the online program. The staff was very helpful, and they allowed me to customize my degree so I could pursue of my interests within sustainability.

Q: What’s something you learned in your master’s program that changed your perspective?

A: Too often people tend to think in absolutes, and in sustainability it is important to stay away from these preconceived notions. As an example, it is way too easy to assume that a renewable electricity generation source is better than a nonrenewable source because it is "green." No electricity generation source is without its negative environmental impacts, and there is more to consider than just environmental impact when choosing a source for electricity. In developing countries, a nonrenewable source may be a temporary solution since it could provide a more affordable option to provide energy and to lift the local people out of poverty. This mindset can be and should be applied with any decision.

Q: What advice would you give to those still in school?

A: Learning doesn't end when school ends. Keep learning and improving yourself. Just because school may be ending soon, doesn't mean you should stop investing in yourself and your education.

A: I recently started a job with a renewable energy company in Chicago as a civil engineer and construction estimator. I plan to use my education to implement sustainability decision making to my engineering solutions for the wind farms and photovoltaic plants I help design.

A: With $40 million, I would invest in sustainability education. It is not enough money to physically change or eradicate any problems in the world, but it is enough to educate mass amounts of people on sustainability issues. Education has a lasting impact on a population, and widespread sustainability education could have lasting improvements on our society and its relationship with the planet. Educating the masses would hopefully encourage people to make the changes and solve the problems in our world on their own.