Randall, who is director of training in the Counseling and Counseling Psychology program and does innovative research into couples’ regulation of emotion in interpersonal relationships, will travel throughout Israel from Dec. 26 to Jan. 8, meeting Israeli professors who have similar research interests, with the goal of developing collaborations, research projects and co-authored articles, and establishing exchange programs between faculty and students. The fellowship, which more than 250 have already taken part in, is a fully paid intensive program for full-time U.S.-based academics. 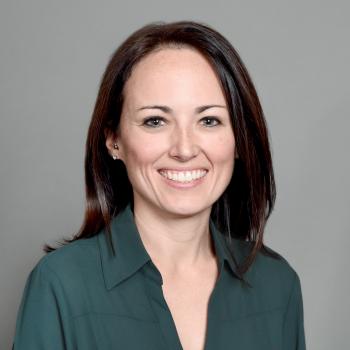 Randall said she received a call confirming her acceptance in the program while attending a conference in early November.

“The organizers told me they had 100 applicants, conducted more than 40 interviews, and selected 24 faculty to attend this winter’s program,” she said. “Needless to say, I was very honored and humbled to be selected for this prestigious program.”

During the trip, the participants will meet Israelis from all walks of life and will hear from a variety of speakers. They will also be exposed to contemporary Israeli society, culture and historical sites.

“I have heard from many past participants that this trip is a ‘life-changing’ experience,” said Randall, who is one of five faculty from ASU selected for this year’s program. “I’m hoping to not only have the opportunity to discuss with like-minded colleagues both the current state of the field and important future directions, I’m also looking forward to being exposed to the many faces of Israel, including its history and current society.”

Randall said that program participants were asked to list six faculty across the various program’s partners with whom they would like to meet. She said she feels honored to get to meet with faculty and postdoctoral students from institutions that include Tel Aviv University, Bar-Ilan University, University of Haifa and Hebrew University.

The academics will also meet with professionals and experts involved in government, industry, education, media and other sectors to understand the many facets of Israel's evolving national and international policies. Those who take part will gain a deeper awareness of Israel as a “startup nation,” its success in water innovation, and how the country addresses regional and global challenges.

What’s the difference between a refugee and a migrant? Plenty

There’s a big difference between a migrant, who’s primarily angling to enter the United States to make more money, and a refugee, who is fleeing political or religious persecution or violence.That’s the view of Leah Sarat, an associate professor in Arizona State University's School of Historical, Philosophical and Religious Studies, whose work explores the intersection of religion and migrat... 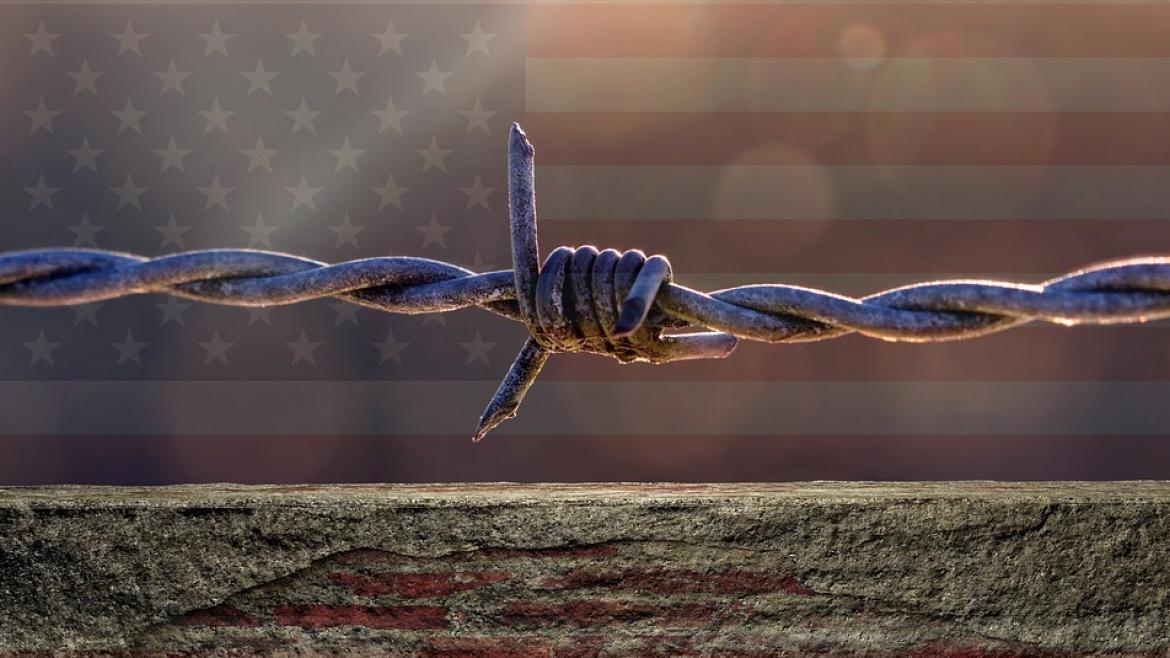 What’s the difference between a refugee and a migrant? Plenty

There’s a big difference between a migrant, who’s primarily angling to enter the United States to make more money, and a refugee, who is fleeing political or religious persecution or violence.

That’s the view of Leah Sarat, an associate professor in Arizona State University's School of Historical, Philosophical and Religious Studies, whose work explores the intersection of religion and migration into the U.S.-Mexico borderlands.

While the distinction should be obvious, Sarat says many people tracking the caravan that started in Honduras and has now reached the American border may still fail to recognize the difference between an economic migrant and an asylum seeker. That may lead them to miss the humanitarian dimension.

Sarat spoke to ASU Now about the nuances in terminology when referring to immigrants.

Question: There seems to be a general disconnect by members of the public in how they tend to classify immigrants. Why is that, and what can be done to educate the public?

Answer: Members of the public often view immigrants in black-and-white terms: as legal or illegal. But when discussing issues such as the migrant caravan, the reality is much more nuanced. The majority of those in the caravan plan to use legal channels to seek asylum at the U.S. border. Under this process, after entry to the United States, they are not yet documented yet not technically illegal, as they will have been processed and have pending court dates. The process may eventually result in deportation or the success of their asylum cases, but in the meantime, to call them “illegal” or undocumented is simply not accurate.

A simple way to educate the public would be to use the proper terms when referring to migrant populations. Those who cross or intend to cross the U.S.-Mexico border without documents and seek to avoid apprehension by U.S. Customs and Border Protection are indeed undocumented. Those who present at U.S. ports of entry to request asylum are neither “illegal immigrants” nor “undocumented immigrants”; they are asylum seekers.

A: Refugees and asylum seekers alike are those fleeing life-threatening danger in their home countries. The difference lies in where they are processed. Refugees seek admission to the United States from a third countryThe refugee is not yet in the U.S. but has left their original home country.. Asylum seekers request admission to the United States after they arrive within the U.S. or at a U.S. port of entry. The distinction is tricky, because in common usage, the term “refugee” is often used more broadly to refer to all of those fleeing danger in their home country.

A person cannot simply decide to apply to become a refugee. Instead, one must receive a referral to the U.S. Refugee Admissions Program (USRAP) while residing in a third country. The United States has strict caps for refugee admissions — for fiscal year 2019, that cap has been set at 30,000. Within this cap, the regional ceiling for those admitted from Latin America and the Caribbean is set at a mere 3,000. The process is highly selective, and the nations from which members of the “migrant caravan” are arriving have not traditionally been priorities for the United States.

When asylum seekers present at a U.S. port of entry, the U.S. is bound by its own law and international agreements to consider the cases. The process may take months or even years, which gives people the opportunity to remain in the United States while their cases are pending. In recent years, the detention of asylum seekers has grown, although many traveling in with small children are released with an ankle monitor as they await their court dates.

A migrant is a nonspecific term that can refer to those who move within a country’s borders or those who do cross international borders. It is not specific with regard to immigration status. The situation has become complicated at the U.S.-Mexico border because many of the migrants arriving are asylum seekers, which means they plan to seek admission to the United States based on persecution in their home countries when they present themselves at the U.S. border. While their circumstances may fit the popular understanding of “refugee,” the United States does not legally categorize them as such.

Q: How does the faith community approach refugees and asylum seekers, and why do they approach them differently?

A: I believe that a more guarded approach toward asylum seekers correlates with a greater concern for order within conservative-leaning churches. Just as these churches have tended to take a more conservative line on issues such as homosexuality and transgender rights, they have tended to be less trusting of individuals — such as asylum seekers — whose status is more ambiguous, as they blur the lines between legality and illegality. Progressive churches, on the other hand, tend to be more open toward theological ambiguity, which translates to social policy. Consider the core slogan of the immigrant-welcoming United Church of Christ, “God is still speaking” — which implies that divine truths are subject to ongoing questioning and discovery.

Not all faith communities with active refugee-ministry programs are necessarily immigrant-welcoming in a broader sense. At a 2014 conference of churches involved in refugee assistance, I recall an encounter with one woman who was deeply committed to refugee ministry through her conservative evangelical Protestant denomination. She had accompanied and worked with women fleeing unspeakable violence across the world, and spoke with profound compassion and dedication about that work. When it came to the issue of Central American families seeking asylum at the border, however, she was more guarded. The fact that these migrants’ legal status was still in limbo was a major obstacle. Reflecting on the Christian mandate to love one’s neighbor, she stated, “I can love someone from across the border.”

Q: Your book, "Fire in the Canyon: Religion, Migration, and the Mexican Dream," states that if we wish to understand people's migration decisions, we must take religion seriously. Why is that so important to understand?

A: For many of us who have no direct, personal connection to the cross-border migration journey, migration is merely an economic matter or a political matter. If we pay attention to people’s accounts of why they migrate and how they make sense of the journey, however, we find that the experience often touches upon the deepest questions about what it means to a be a human being, and what one is willing to risk one’s life for. Those contemplating the journey from Central America — whether they intend to request asylum or cross the border undetected — face limited options. Often they must choose between life-threatening danger in their countries of origin and danger due to environmental factors or violence during the migration journey.

Bringing religion into the conversation provides a counterweight to common claims that asylum seekers are merely opportunistic. A person does not engage in weeks of fasting and prayer before a journey unless they know that there is a high likelihood that they will face life-threatening danger en route, and that the risk is worth taking.

Q: Is there anything unique about Central America that we should take into consideration when thinking about the migrant caravan?

A: The situation cannot be understood without attention to the ways in which an extensive history of U.S. military and economic involvement in the region have shaped the social and economic crises people are now fleeing. During the 1980s, for example, Salvadorans and Guatemalans sought entry to the United States as they fled authoritarian regimes backed by U.S. funding and military support. This history has contributed to the general reluctance to the U.S. government to classify Central Americans as refugees, as the U.S. government at that time would not contradict its own policies by recognizing these individuals as legitimately fleeing political violence.