“The Journal of Public Administration Research and Theory is the signature journal for the Public Management Research Association,” said Feeney. “Being selected as the editor is an honor and a privilege.” 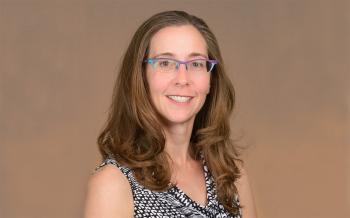 Feeney is an associate professor and Lincoln Professor of Ethics in Public Affairs. She is also associate director of the ASU Center for Science, Technology and Environmental Policy Studies. Her research focuses on public and nonprofit management, sector comparisons, and science and technology policy. She has been a member of the Public Management Research Association for more than 10 years. Feeney is currently the book review editor of the Journal of Public Administration Research and Theory (2015-January 2019) and has published seven papers in the journal. She currently serves on the PMRA leadership board and the JPART Board of Editors.

“My own experiences publishing and reviewing for the Journal of Public Administration Research and Theory and my active role at Public Management Research Association have prepared to me take on this important role in our research community,” said Feeney.

The Journal of Public Administration Research and Theory describes its purpose as serving “as a bridge between public administration and public management scholarship on the one hand and public policy studies on the other.  Its multidisciplinary aim is to advance the organizational, administrative and policy sciences as they apply to government and governance.”

“Mary Feeney is emerging as one of the top scholars in the field of public administration bar none,” said Jonathan Koppell, dean of the Watts College of Public Service and Community Solutions. “Being selected as editor of the premier journal in the field is evidence of her recognition as a leader and one who is entrusted to shape the future of the discipline.” 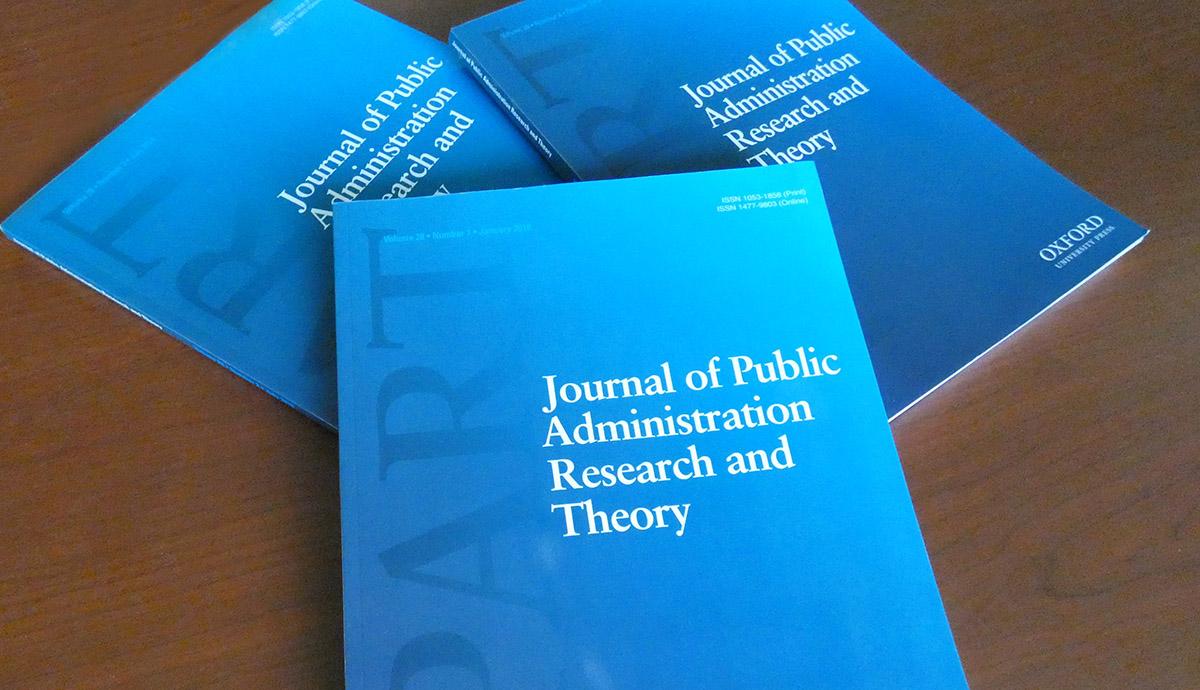 The Journal of Public Administration Research and Theory is published quarterly by Oxford University Press.

Stuart Bretschneider, a Foundation Professor of Organization Design and Public Administration at the School of Public Affairs, was one of the first editors of JPART, as the journal is called by its audience.

“I was editor of JPART from 1992-2000, starting just two years after the journal was launched,” said Bretschneider. “At that time the field had no strong 'academic'-oriented outlets.”

Submissions were significantly fewer than what they are today, Bretschneider said.

“In many ways the role of helping authors to do better research complimented my and all faculty's role as teacher,” Bretschneider said. “ By the time I ended my term I felt proud that we had built a strong 'academic' journal focused on theory and testing of theory.”

Feeney sees her primary task as keeping the journal on the track it has been on, while pushing the journal and the field forward. She says that means publishing outstanding empirical work that contributes to public administration research and theory.

“I’ll be working with a talented group of associate editors to continue JPART’s success while addressing some of the growing challenges that affect academic journals,” said Feeney.

Feeney says those challenges include:

“The fact that Professor Feeney was selected after a highly competitive process to serve as the editor-in-chief signifies that she is a leading public management scholar of her generation,” said Don Siegel, director of the ASU School of Public Affairs. “As editor, she will be in a position to shape the field of public administration.”

“In preparation for taking on this role I have been researching editorial best practices in other fields and spending a lot of time listening to suggestions from people in our research community,” Feeney said. “I’m excited to be presented with new ideas and a great deal of support from my colleagues at ASU, PMRA and in the broader research community.

Feeney is appreciative of the strong support from her school and the Watts College of Public Service and Community Service, the highest-rated college at Arizona State University.

Bretschneider points to the significance of Feeney being selected as editor in another way. The former editor of JPART says it reflects well on the ASU School of Public Affairs, which ranked ninth in the last U.S. News & World Report rankings.

"The selection of an editor is also a selection of an institution since the proposal for an editor typically requires institutional support," noted Bretschneider.  "The previous institutions to support editors included Syracuse, American, Wisconsin, University of Washington and Georgia, for example. All are top programs. Now ASU."

Conferences are the place to network and learn and — for a team of first-year Ira A. Fulton Schools of Engineering students — conferences are also a place to win.The five-member team placed first at Domes Day, the Geodesic Dome Design Competition at the Materials Science and Technology Conference. The win marked the first time an Arizona State University team took the No. 1 spot and the fifth ...

Conferences are the place to network and learn and — for a team of first-year Ira A. Fulton Schools of Engineering students — conferences are also a place to win.

The five-member team placed first at Domes Day, the Geodesic Dome Design Competition at the Materials Science and Technology Conference. The win marked the first time an Arizona State University team took the No. 1 spot and the fifth straight year a Fulton Schools team has ranked in the top three. The freshman team competed against upperclassmen from eight other universities. 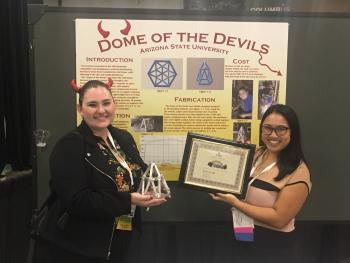 Beilee Kagen and Katrina Santos show off their winning dome at the Geodesic Dome Design Competition at the Materials Science and Technology Conference. Download Full Image

The team formed in an Introduction to Engineering course taught by research specialist Shahriar Anwar for a class project similar to a challenge presented by ASM International. The challenge was to build a cost-effective but strong dome inspired by the ASM Geodesic Dome in Ohio. Domes submitted to the competition could be made of any material, but not cost more than $300 to build.

Dome of the Devils — made up of team members Beilee Kagen, Katrina Santos, Blake Povilus, Ryan Dell’Olio and Alicia Vozza — went to work by first deciding on designs and a material. The next step was to create the structure, the costliest portion of the process.

“When reporting our costs of the actual dome, we have to include services as well as materials,” said Santos, who studies materials science and engineering in the Fulton Schools. “Since our dome was student-welded, we only had to report the cost of materials for our dome. We chose to use aluminum 6061-T6.”

The team’s structure was the only design in the competition welded entirely by a student. Most other teams had had their domes professionally fabricated.

Kagen, a materials science and engineering major, had never welded before, but she had seen it done. Using her teammate’s findings for the optimal material and their hand-sketched and computerized designs, Kagen worked for 17 hours over the span of two weeks to fabricate the dome.

The structure, which cost only $12.72 to create, went on to withstand 11,000 pounds of pressure at the MS&T conference in Columbus, Ohio.

In addition to showcasing the dome at the October conference, the students gave a three-minute presentation focusing on the judges’ main criteria: the design, the cost and the structure’s mechanical properties and strength via compression testing.

The Dome of Devils won the $1,000 first-place award and the attention of the materials science community.

“The best part of the entire experience was networking with professionals and other materials students,” Santos said. “I also met with different companies to inquire about internships and what they look for in students. That’s really helpful for a first-year student like me.”