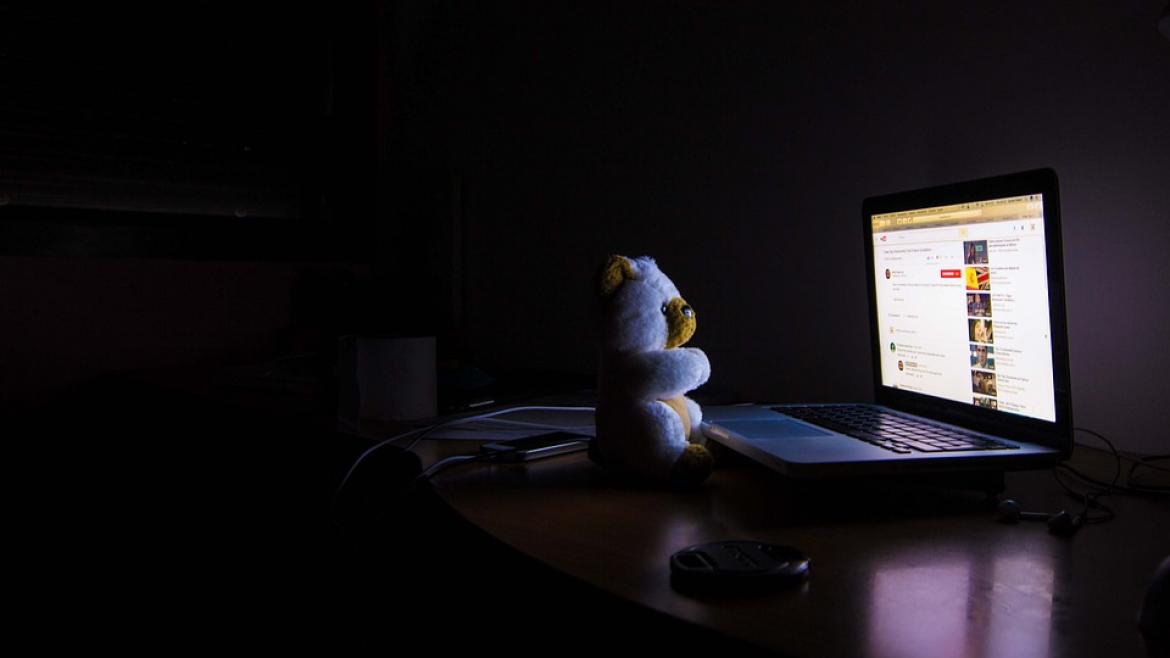 Lack of quality sleep is a problem for health, but it could also worsen social inequality

If you’ve been tempted lately to pull a Jughead and draw pupils on your closed eyelids to catch a few extra Z’s in your morning meetings, you’re not alone.

Not only could that spell trouble for health, it could exacerbate social inequality.

“I’m really interested in how sleep is kind of a mechanism that links inequality in the social environment to health outcomes,” Sheehan said. “It’s a way social inequality leads to people living shorter or healthier, longer lives."

He and his team used data collected by the National Health Interview Survey from 2004 to 2017, for which just under 400,000 noninstitutionalized adults ages 18-84 reported how much they slept on average in a 24-hour period.

They found that the number of people reporting “short sleep” increased by 4 percent between 2012 and 2017.

“That might not sound like a lot, but that’s a huge number of adults,” Sheehan said. “That’s like the population of New York City, or two Phoenixes, who are sleeping worse over four years.”

To find out why that might be — and what we can do about it — ASU Now had a few questions for Sheehan. 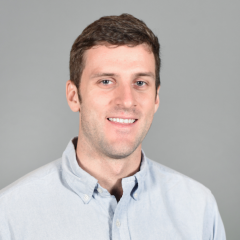 Question: Why are Americans sleeping less?

Answer: We couldn’t say for sure why that is, but we have some ideas. Americans are really, really stressed out right now. The American Psychological Association found in 2017 that Americans were as stressed as they’ve ever been. That’s kind of remarkable. The sleep decline also corresponds with other basic measures of health in the U.S., such as the fact that people are living shorter lives than they were a decade ago. I think a huge thing is the increase in smartphone use, which we talk about in the paper. In 2011, 30 percent of Americans had a smartphone. By 2017, it was up to 70 percent. A lot of people use their smartphones before bed, so they’re looking at a bright light right before trying to fall asleep, which is really bad. Your body sleeps best in dark circumstances. If you have a bright light on, like a TV or a phone, your body thinks it’s still daytime and that it should still be awake.

Q: Your paper found that Black and Hispanic people, especially, are getting less sleep. Why is that significant?

A: Black and Hispanic people are already generally less healthy than white Americans, and with poor sleep generally comes poor health, so going forward, this could exacerbate the situation. Sleep isn’t only important for physical health, it’s important for socializing, job performance, driving, etc. We know that Black and Hispanic people were hit particularly hard by the recession. And — this part is only speculation; our study still controlled for income and education — but it’s possible that an increase in race-related discrimination, police violence and focus on deportation from 2013 to 2017 had an effect.

Q: What are the consequences of not enough sleep?

A: Right away, your immune system functions less well. But as someone who’s really interested in population health, it puts you at a higher risk for chronic diseases such as heart disease and diabetes. In addition, more and more research is showing that sleep is really important for brain function; it pretty much cleans your brain while you’re sleeping. Not sleeping well is very strongly linked to Alzheimer’s and dementia.

Q: Do you have any tips for better sleep?

A: Sleep in a dark room and try to not use your phone or watch TV right before bed. Don’t eat too much right before bed and stop drinking caffeine early in the day. Keep your room at a comfortable temperature. You shouldn’t be doing many other things aside from sleeping in bed. You shouldn’t be working or eating in bed, for example, because it’s best if your brain only associates your bed as a place to sleep.

Each year, over 4 million dogs enter animal shelters in the United States. Less than 20 percent of these dogs are reclaimed by their owners, which leaves millions of shelter dogs in search of a forever home. This is where Arizona State University’s Canine Science Collaboratory believes science can make a difference.Scientists in the Canine Science Collaboratory study factors that impact shelter-...

Each year, over 4 million dogs enter animal shelters in the United States. Less than 20 percent of these dogs are reclaimed by their owners, which leaves millions of shelter dogs in search of a forever home. This is where Arizona State University’s Canine Science Collaboratory believes science can make a difference.

Scientists in the Canine Science Collaboratory study factors that impact shelter-dog adoption, such as the effect and accuracy of breed labels. With a new grant from Maddie’s Fund, a national family foundation established by Dave and Cheryl Duffield to revolutionize the status and well-being of companion animals, the Canine Science Collaboratory will study how foster care affects dogs in shelters as well as their staff and volunteers. The study will include sheltering organizations from across the United States. 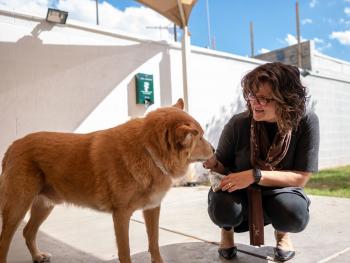 “Like all our work, the goal of this study is to improve the lives of shelter dogs by helping them find loving homes. This study uses two-legged and four-legged evaluations to understand the impact of different types of fostering on shelter dogs and the volunteers who care for them,” Wynne said.

This new study will enroll 100 shelters across the United States and look at three types of fostering: field trips, sleepovers and longer-term fostering. To participate in the study, shelters need to have a physical shelter that houses dogs and a willingness to implement a new foster program.

Shelters that join the study will receive foster program training and implementation support from Maddie’s Fund. The researchers from ASU and Virginia Tech will collect data about the impact of fostering on outcomes like adoption and length of stay and how these programs affect staff and volunteers who work in the shelters.

“It’s exciting to have the opportunity to learn more about how fostering. Intuitively, it seems like leaving the shelter would benefit dogs, but we actually don’t know as much as we think,” said Gunter.

The previous studies from the Canine Science Collaboratory have focused on improving shelter dog welfare and also on identifying the effects of shelter breed misidentification. 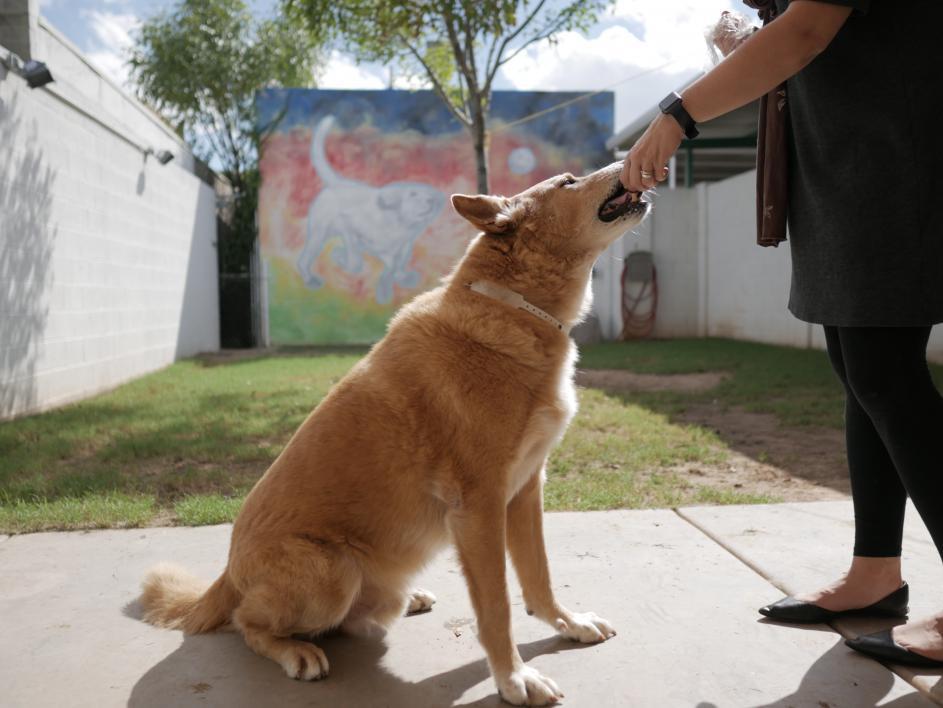 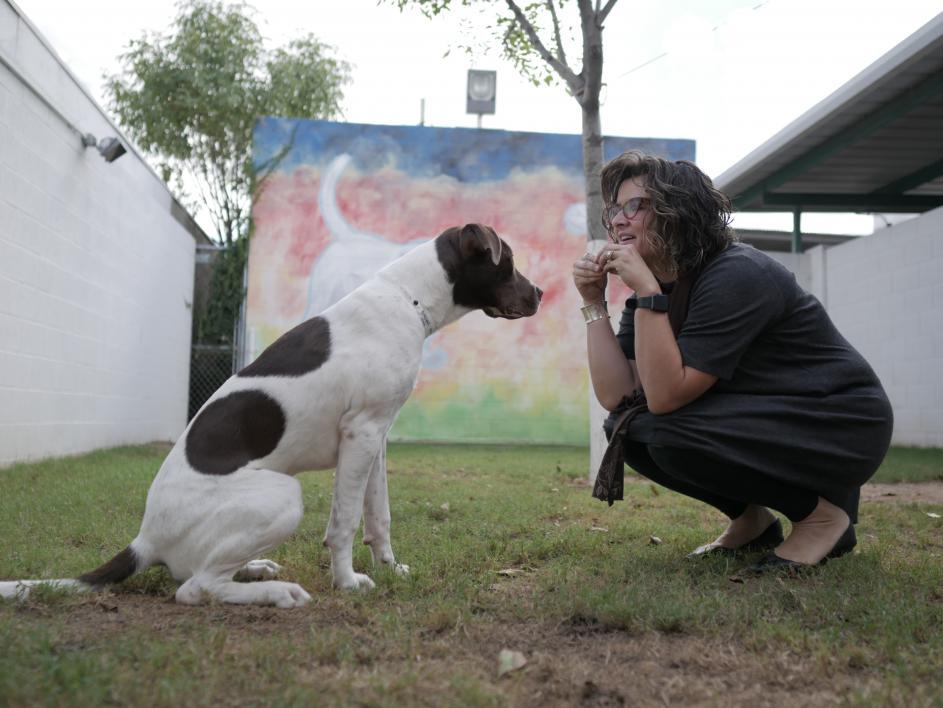 This new study will enroll 100 shelters across the United States and look at three types of fostering: field trips, sleepovers and longer-term fostering. 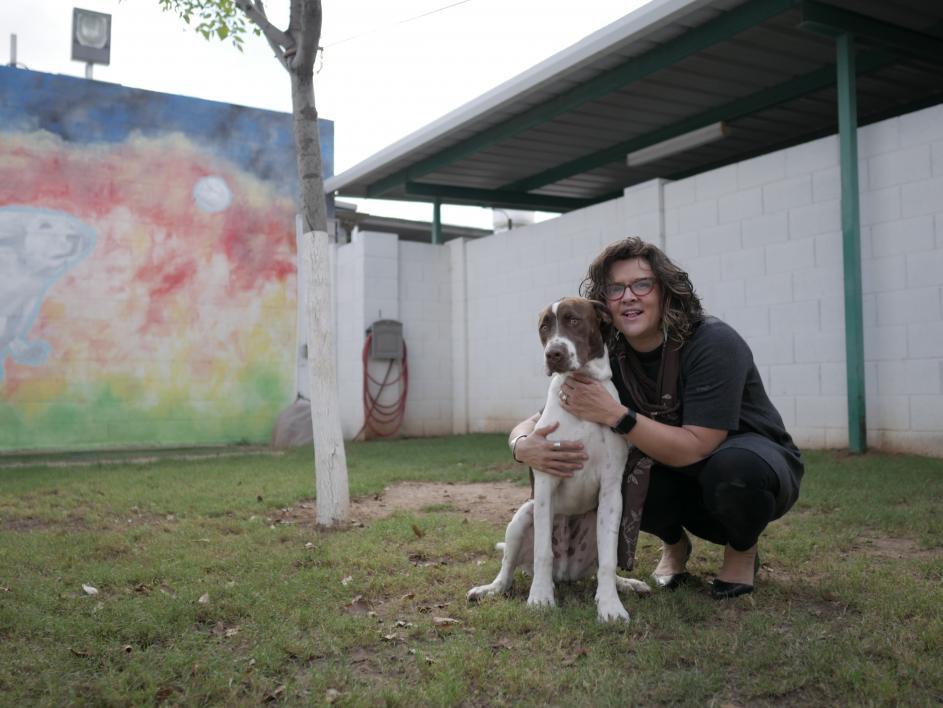 Shelters that join the study will receive foster program training and implementation support from Maddie’s Fund. The researchers from ASU and Virginia Tech will collect data about the impact of fostering on outcomes like adoption and length of stay and how these programs affect staff and volunteers who work in the shelters.

Maddie’s Fund is a family foundation created in 1994 by Workday co-founder Dave Duffield and his wife, Cheryl, who endowed the foundation with more than $300 million. Since then, the foundation has awarded more than $208.9 million in grants toward increased community lifesaving, shelter medicine education and pet adoptions and foster care across the U.S. The Duffields named Maddie’s Fund after their miniature schnauzer, Maddie, who made them laugh and gave them great joy. Maddie was with Dave and Cheryl for 10 years and continues to inspire them today. Maddie’s Fund is the fulfillment of a promise to an inspirational dog, investing its resources to create a no-kill nation where every dog and cat is guaranteed a healthy home or habitat.