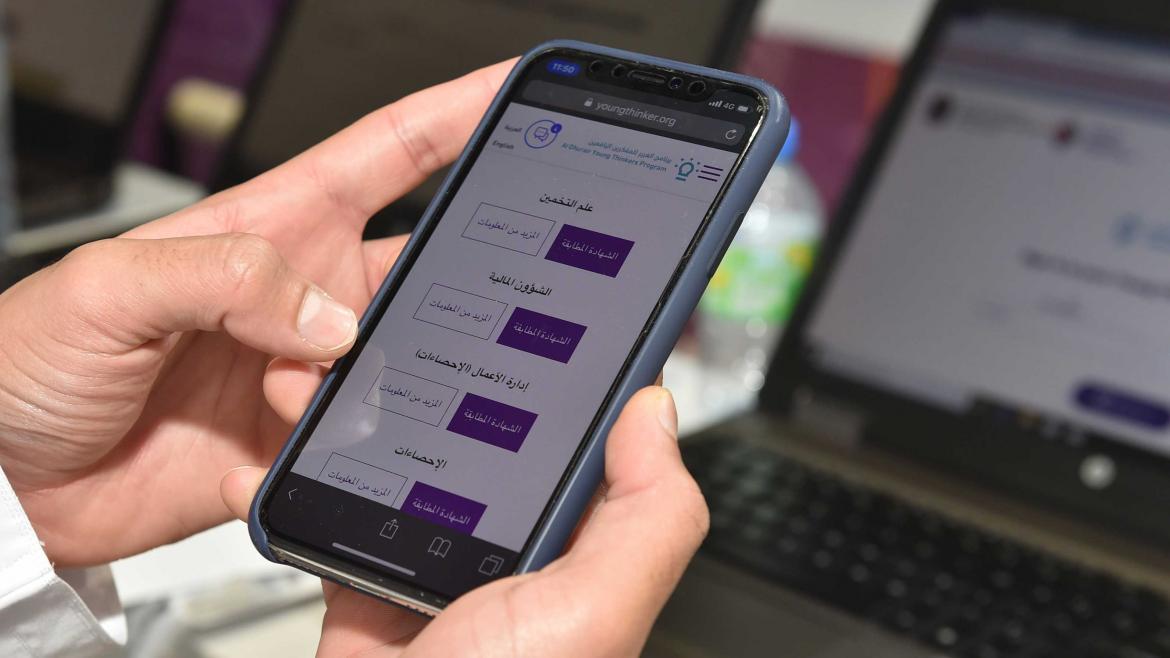 Arizona State University is expanding its global reach to the United Arab Emirates with a new college- and career-readiness platform for young Emirati people.

The Al Ghurair Young Thinkers Program, developed jointly with the Abdulla Al Ghurair Foundation for Education (AGFE), launched last week to help Emiratis ages 15 to 25 prepare for university life and professional careers in fields critical to the future of the UAE.

So far, 2,000 young people in Abu Dhabi have already registered for the program, according to Bethany Weigele, senior director of lifelong learning initiatives at EdPlus at ASU, the unit that houses ASU Online and other programs.

“We’re excited that these students have been motivated to already start engaging with the coursework and success advisers,” she said. The pace of registrations “really demonstrates the need for a college- and career-readiness platform that is available at the touch of a finger.”

EdPlus created the online platform for the Young Thinkers Program, which includes college-readiness modules in English and Arabic, the interactive me3 career-pathway game and a live-chat application to talk to trained coaches. The platform is available as a website and is optimized for smartphones.

The team did extensive testing and “learned about the specific nuances we needed for our audience,” Weigele said.

The content is customized for the young Emiratis. For example, the interactive modules in English and Arabic help develop professional skills in areas such as networking, writing resumes, public speaking, time management and digital literacy. Weigele said that by the end of the year, there will be about 25 courses, with most about 90 minutes long.

The platform also includes live-chat capability with ASU success advisers, who support students in setting goals and overcoming obstacles and are available during convenient times for students. The coaches are fluent in Arabic and English in both writing and speaking.

“We required that they have lived extensively in the Arab world, so they’re knowledgeable not only in the language but about which careers are popular there, what the universities are like and what high school looks like,” Weigele said. 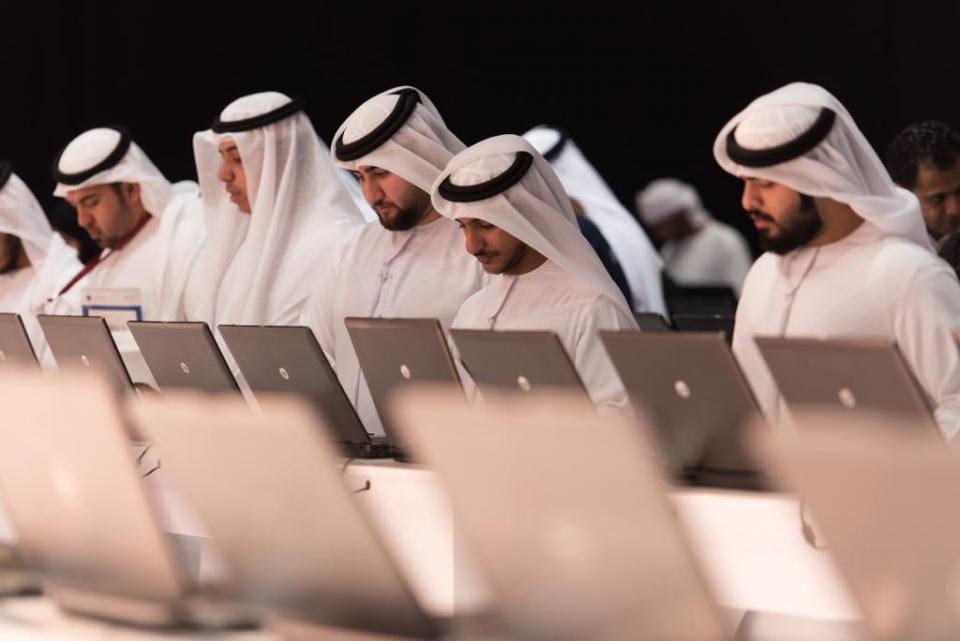 The Al Ghurair Young Thinkers Program aims to reach 5,000 Emiratis ages 15 to 25 over the next five years. Some 2,000 have signed up since last week's launch, and more launch events are scheduled. Photo courtesy of AGFE

The goal is to reach 5,000 young people who are in high school, university or early career in the next five years. More launch events are scheduled, including one in Al-Ain on Tuesday, as part of Tawteen360, organized by the UAE’s Ministry of Human Resources and Emiratisation.

The Abdulla Al Ghurair Foundation for Education is the largest private foundation focused on education in the UAE and the Arab region. In the UAE, the foundation has forged a series of strategic partnerships to provide young Emiratis with the latest tools and information to support their career aspirations through skill-building, empowering them to contribute to their nation’s competitiveness.

“We are excited to bring the Al Ghurair Young Thinkers Program to the UAE with Arizona State University,” said Maysa Jalbout, CEO of the Abdulla Al Ghurair Foundation for Education. “Capitalizing on ASU’s extensive experience in innovation, we look forward to using the program’s technology-based mechanisms to prepare Emirati youth for university and work.

“The program offers bespoke technology-based solutions designed especially for young Emiratis to prepare them for higher education and the job market. With education as one of the main priorities in the UAE’s national agenda, we are confident that the Al Ghurair Young Thinkers Program will support efforts to build national human capital that is capable of coping with change across different economic sectors.”

The foundation first partnered with ASU in 2017, a partnership that includes Open Learning Scholars, a scholarship program for students to acquire master’s degrees from ASU Online.

Businessman and philanthropist Abdulla Al Ghurair, the founder, pledged one-third of his wealth to the foundation and set out a target of reaching 15,000 youth over the next 10 years via secondary and higher education programs and scholarships valued at over $1 billion.

The U.S. Department of Energy has announced 36 projects that together have been awarded $80 million to support early-stage bioenergy research and development. Two ASU research teams are among the grantees, with the grants to ASU totaling about $4.5 million.The two teams are headed by Wim Vermaas, Foundation Professor in the School of Life Sciences and a member of the Center for Bioenergy and Photo... 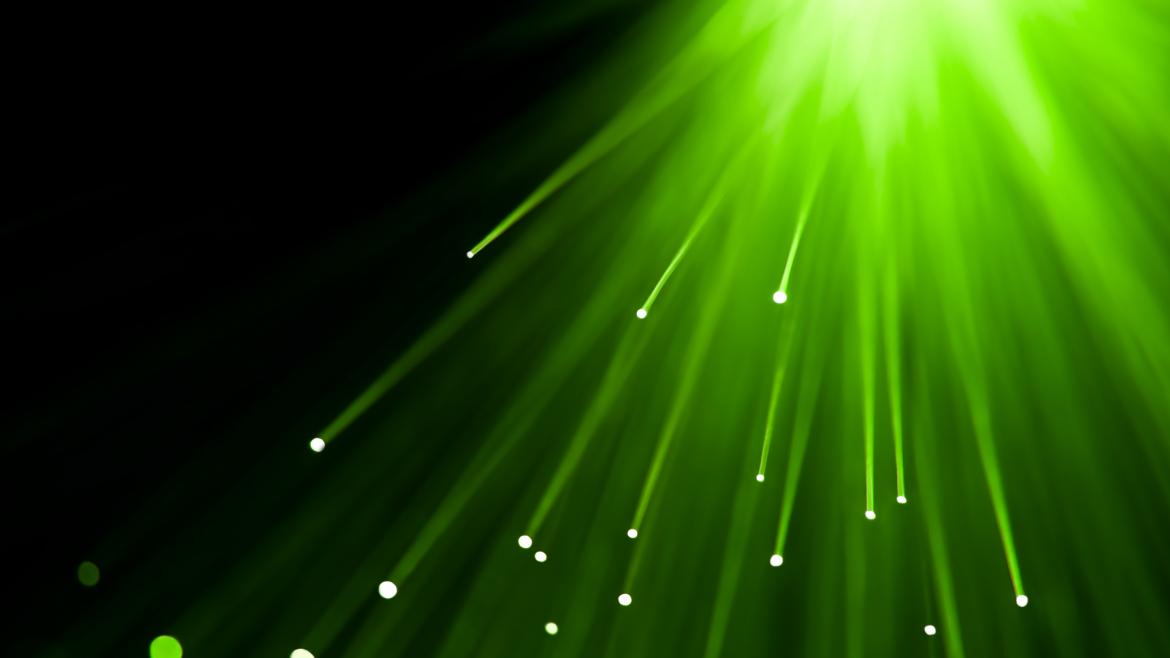 The U.S. Department of Energy has announced 36 projects that together have been awarded $80 million to support early-stage bioenergy research and development. Two ASU research teams are among the grantees, with the grants to ASU totaling about $4.5 million.

The DOE is investing $80 million to reduce the cost of algae-based, drop-in fuels to $3 per gallon by 2022, providing consumers with affordable, reliable transportation energy choices.

“The selections announced today highlight some of the most innovative and advanced bioenergy technologies that have the potential to produce new sources of reliable and affordable energy for American families and businesses,” U.S. Secretary of Energy Rick Perry said. “Developing all of our domestic energy resources is critical to keeping our nation prosperous and secure.” 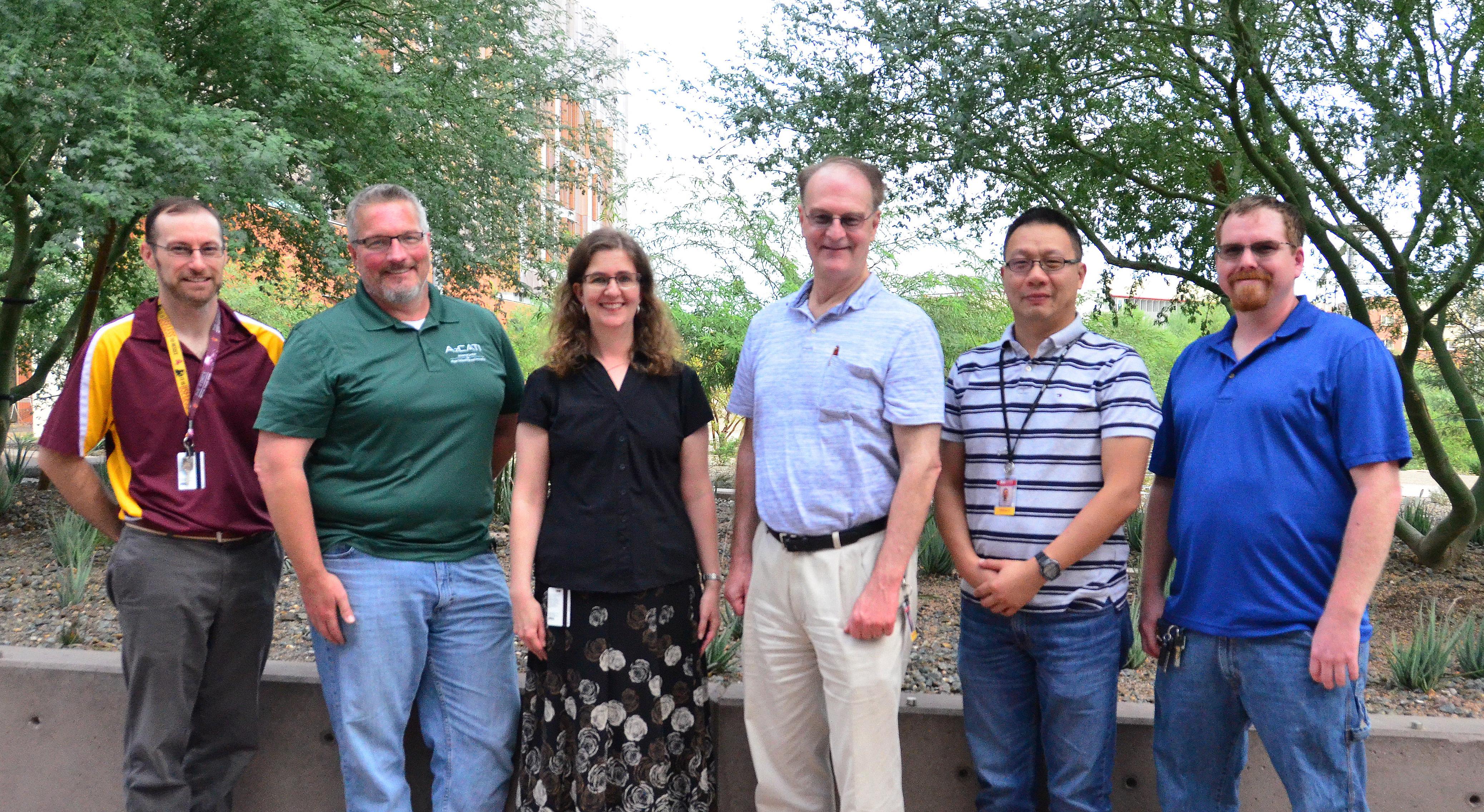 Bruce Rittmann (center right, pictured with his research team) is the director of Biodesign Swette Center for Environmental Biotechnology and Regents’ Professor in the School of Sustainable Engineering and Built Environment.

Both ASU projects are developing innovative approaches for improving the efficiency of microalgae to capture waste carbon dioxide and convert it into transportation fuels like biodiesel. Sustainable products like healthy animal feeds, nutritional supplements and green chemicals can also be produced in this manner.

“Carbon dioxide is the costliest feedstock for cultivating microalgae, so it is imperative that we deliver it at a high efficiency to help bring down overall production costs,” Rittmann said.

Rittmann was awarded about $2 million to explore ways to make carbon dioxide delivery to algae more efficient. Traditional methods involve sparging (bubbling) carbon dioxide within the liquid used to grow the algae, which releases about 60-80 percent of the carbon dioxide back into the atmosphere. This wasteful process defeats a major goal of using microalgae to remove this greenhouse gas from the atmosphere and decreases cost efficiency.

Rittmann and his team developed a process called membrane carbonation, which uses inexpensive plastic fibers to deliver the carbon dioxide directly to the microalgae.

The team has demonstrated that this process can deliver pure carbon dioxide with nearly 100 percent efficiency, but pure carbon dioxide sources are costly. An alternative involves adapting these fibers to deliver carbon dioxide from abundant industrial waste streams, such as emissions from power plants, cement plants and wastewater treatment plants. These sources have much lower amounts of carbon dioxide mixed with other gases, but the technique would ensure that about 90 percent will be used by the microalgae. The team estimates that the technology will capture fourfold more carbon dioxide than traditional sparging methods.

“The city of Mesa is very excited to partner with ASU for developing innovative solutions for managing the city’s waste in a sustainable manner and (to) generate new sources of revenue for the city,” said Scott Bouchie, director of the Environmental Management and Sustainability Department with the city of Mesa. 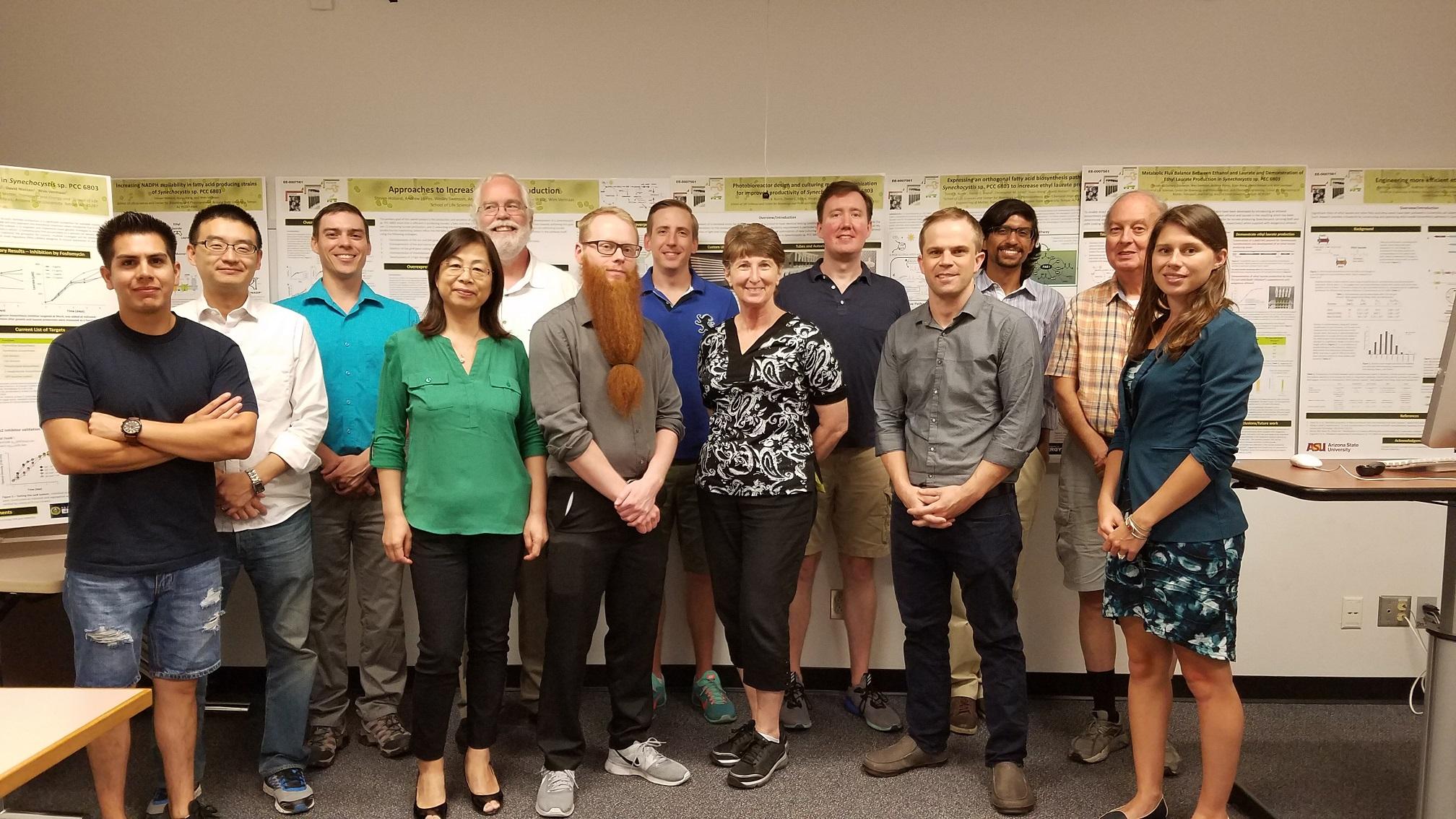 Wim Vermaas (fifth from left, pictured with his research team) is a Foundation Professor in the School of Life Sciences and a member of the Center for Bioenergy and Photosynthesis.

Vermaas and his team were awarded $2.5 million to pursue an innovative multipronged approach toward improved carbon dioxide utilization.

One approach is to increase the solubility of carbon dioxide in growth medium by developing a nanobubble gas delivery system, a project in partnership with Nano Gas Technologies, which is located in the Chicago area. Unlike the large bubbles created by sparging, which wastes most of the carbon dioxide, nanobubbles are very stable, delivering more carbon dioxide to the liquid before reaching the surface.

A second approach is to utilize amines in the medium, which greatly enhance the solubility of carbon dioxide, allowing the gas to be taken up by photosynthetic microbes for producing biofuel.

The Vermaas team is also adapting the inner workings of the photosynthetic microbe, the cyanobacterium Synechocystis, by means of metabolic engineering. Specifically, the team is engineering the bicarbonate transport proteins to improve the cellular uptake of dissolved inorganic carbon.

Through a combination of these approaches, the researchers anticipate at least a 50 percent increase in the efficiency of carbon dioxide use with advanced biofuel production under industrially relevant conditions.

The advantages of Synechocystis are (1) that it naturally has a very efficient carbon-concentrating mechanism, taking up carbon dioxide and bicarbonate, (2) that it is easily engineered to make useful products, and (3) that it readily excretes products that it generated, thus eliminating the need to break open cells to extract the product.

Vermaas’s cyanobacteria are “mini factories” that use solar energy and carbon dioxide to produce and export compounds like the fatty acid laurate (biofuel precursor), which is useful for the soap and cosmetics industries and can also be chemically changed to fuels such as diesel, jet fuel and gasoline.

With improved carbon uptake and utilization, the cyanobacteria will be even more efficient in producing biofuels and green chemicals.

Co-principal investigators on the Vermaas team include David Nielsen, an associate professor in the School for Engineering of Matter, Transport and Energy; Xuan Wang, an assistant professor in SOLS; John McGowen, the director of operations and program management for the Arizona Center for Algae Technology and Innovation at ASU’s Polytechnic campus; Taylor Weiss, an assistant professor in the Environmental and Resource Management program at the Polytechnic campus; Al Darzins, an independent representative with Nano Gas Technologies; and Jason Quinn, an associate professor in mechanical engineering at Colorado State University, specializing in sustainability modeling and techno-economic assessment.

Rittmann is joined by McGowen; Rosa Krajmalnik-Brown, a professor of SSEBE and faculty in BCEB; Yen-Jun (Sean) Lai, a research scientist in BCEB; Everett Eustance, a postdoc in BCEB; Robert Stirling, a technoeconomic analyst with BCEB and LightWorks; and Justin Flory, a project manager with the Biodesign Center for Applied Structural Discovery.

Both Vermaas and Rittmann are affiliated with ASU’s LightWorks, an organization that seeks to revolutionize how energy is conceptualized, produced and used. The researchers focus on discovery and design of energy systems that convert sunlight into useful and sustainable products.