Pursuing a graduate degree can be daunting to many in today’s world. Between finding the funds, time and energy, the dream of continued education can seem far out of reach. That’s why people like Marcus Steiner take advantage of the degree programs available through ASU Online.

“I had a 6-month-old, a full-time job and a wife in school as well,” said Steiner, who graduated with a MA degree in history from the School of Historical, Philosophical and Religious Studies in May. “I wanted the flexibility that came along with an online program to make sure I could keep up with work, family and school.”

The stigma surrounding online classes and course work stems from people perceiving the classes to be less challenging and engaging compared to their in-person counterparts. A survey in 2013 found 42 percent of employers thought students learned less in online classes and 39 percent thought they were easier to pass. In the same survey, 56 percent of employers also said they prefer employees to have a degree from an average-rated traditional school over an online degree from a top-rated school.

However, institutions like ASU are changing the way we look at online schooling.

“My time with (the school) was some of the most challenging for me academically,” said Steiner. “There was never a time when I did not feel challenged by the content and by the discussions with my professors and peers. I found the experience as a whole to be a fantastic opportunity to push my academic limits and to expand what I knew about history as a discipline.

In fact, Steiner’s very first class as a master’s student changed his career trajectory. He signed up for the “Using Geographic Information Systems in Historical Contexts” class, where he learned valuable research skills and discipline.

“This subset of digital history has flourished in recent decades and its enhancement of historical geography, environmental history, public history, political history and a range of other fields has been called ‘the spatial turn’ in the humanities,” said Joshua MacFadyen, the former professor of the course. “We discuss material from multiple disciplines and regions and we work with several large geospatial datasets produced recently by Canadian and U.S. agencies.” 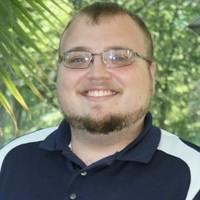 Steiner now works for the Center for Genocide Research and Education as the development director. He was connected with the center during a residency program for his doctoral studies when the executive director became interested in his work with geographic information systems and wanted to discuss how it could be incorporated into genocide studies.

In his position, he is responsible for fundraising, working with the education director to develop a comprehensive curriculum for teaching genocide in public schools and conducting research into specific genocides, among other duties.

“The most rewarding part of my career with (the center) is giving a voice to the victims of genocide,” Steiner said. “Those who are victimized often come from groups that are consistently oppressed and ignored. While we are still new, we are beginning the process of bringing out the stories of genocide victims and getting them in front of the public.”

Christi Yoder, executive director of the Center for Genocide Research and Education, thinks Steiner’s schooling has helped him to actively and skillfully evaluate risk factors for genocide using geographic information systems. His knowledge reaches from the ancient world to the present and gives him unique insight into the problems the CGRE is working on.

“I believe it is important to study humanities so that we realize we are part of a global society,” Yoder said. “We need to learn to think critically about human rights and learn to have respect for those that are different from us. History shows what can happen when we start down the road to ‘othering’ those different from us. In addition, I believe studying the humanities enables us to learn to think critically about the information we hear and see every day. This ultimately makes for better citizens.”

Although the center is an education and research-focused nonprofit, the ultimate goal of the organization is to prevent genocide around the world.

“We are very focused on genocide education as a means to prevent genocide,” Steiner said. “As such, we are developing curriculums and conducting nonpartisan, independent research focused on bringing the field of genocide studies out from the relatively arcane world of academia and to the public.”

Steiner had never considered studying geographic information systems or any other type of quantitative analysis before he came to study at ASU. He encourages current students to step out of their comfort zones as well and to try their hands at something new.

“Some of my best experiences at ASU came from taking classes outside of my research specialties,” Steiner said. “I took Dr. MacFadyen's class because I knew I was going to learn something I had never learned before. Never be satisfied with what you know.”

“Oh, I’d be interested in a course like that!”That’s the kind of reaction that Arizona State University Lecturer Stephen Davis said he invariably gets when he talks with students — or practically anyone — about the senior seminar he co-teaches on the cultural and chemical history of beer (BIS 402) in the College of Integrative Sciences and Arts.“In the course, I use beer as a lens to... 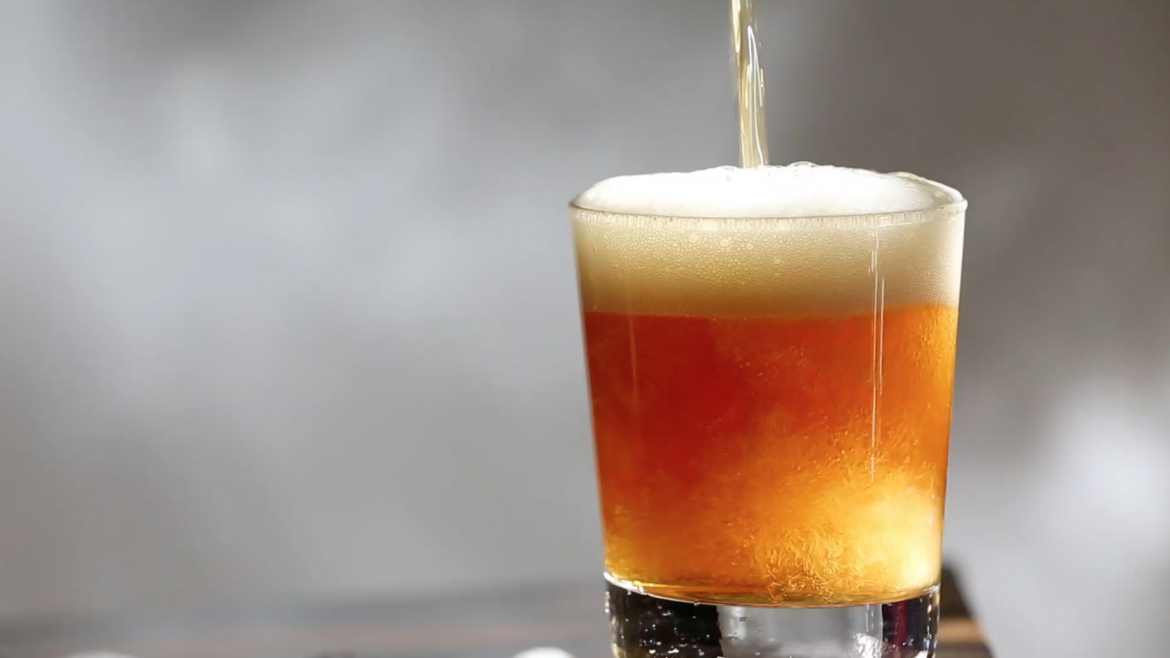 ASU lecturer to address the transdisciplinary significance of the malted beverage in ‘Goddesses, Beer and the Bible’ event

That’s the kind of reaction that Arizona State University Lecturer Stephen Davis said he invariably gets when he talks with students — or practically anyone — about the senior seminar he co-teaches on the cultural and chemical history of beer (BIS 402) in the College of Integrative Sciences and Arts.

“In the course, I use beer as a lens to integrate anthropology, history, cultural geography and mythology,” explained Davis, a member of the faculty of Leadership and Interdisciplinary Studies. “If you look at beer and all its different facets and trace it through the ages, it touches on almost every aspect of human life.”

On Nov. 8, he’ll be giving the public a glimpse into that course as he shares his encyclopedic knowledge of and perspectives on ancient beer-making, traditional beer-making and the links between beer and religion, gods, goddesses and the spirit world in the final session of the fall 2018 Humanities Lecture Series at ASU’s Downtown Phoenix campus.

In advance of his lecture, ASU Now met up with Davis to get a preview of his talk — and a bit of a history lesson.

Answers? They're all true.

The connections between women, religion and beer

Beer, according to a recent Gallup poll, is the most popular alcoholic beverage in the U.S. and is preferred more by men than women.

In some cultures men make the beer, but in many more cultures it is women, Davis observed, and in many traditions Earth goddesses and fertility goddesses are connected to beer.

“Women and beer making," he said, “are among the oldest traditions documented in societies, and I’ll be sharing some examples from history and from the present.

“It’s possible that women making the first gruel, perhaps the first bread, stumbled across the making of the first beer,” said Davis. “If you accidently leave your bread in water and walk away for a week or two, you might have beer as a result.”

“But beer is mentioned at various points in the Hebrew Bible and in the Quran — before the Quran mentions that no alcohol is permitted whatsoever,” Davis noted. “During the expansion of Christianity across Europe, various kings claimed to have visions that beer should be, or could be, used for Christian rites instead of wine. And beer-making was linked strongly with monks and nuns throughout the Middle Ages,” he added. “Trappist monasteries today are renowned for their beer.”

St. Hildegard of Bingen in 1079 first wrote about the preservative qualities of hops. Hops, Davis said, were not in the earliest beer recipes; rather, plants like rosemary, pepper, pine, yarrow, bog myrtle, tobacco and honey were used to flavor beers.

“The women who were involved in growing these spices were often also involved in making traditional medicines," Davis said. "And, as we know, in some societies (they were) vilified for being involved in witchcraft.”

The mysteries of fermentation, he said, were partly to blame.

“It’s only in recent history that we’ve had an understanding of the microscopic world and have seen yeast under microscopes," he said. "For the vast majority of the ancient world, they knew about the process, they knew what they had to do to process the grains to make beer, but when it came to actually fermenting those grains and achieving the kind of spiritual or magic result, it was the spirit world they relied on. Today we see remnants of that history in our use of the word spirits to describe hard liquor.” 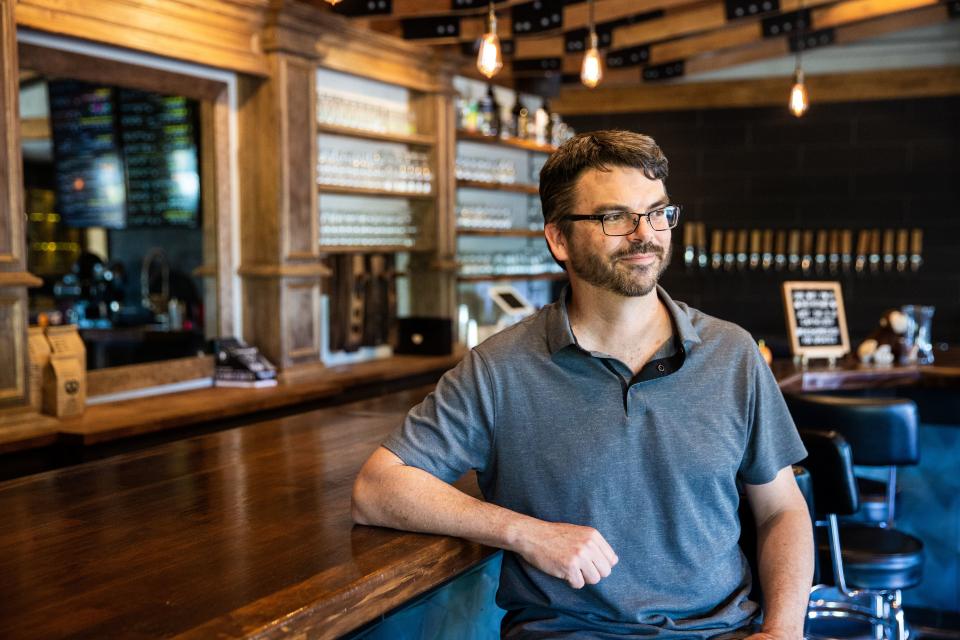 Lecturer Stephen Davis poses for a portrait Oct. 30 in local Tempe brewery Shop Beer Co. as he talks about his upcoming lecture focusing on beer and the spirit world. Photo by Deanna Dent/ASU Now

A scholar with wide-ranging interests, expertise

Davis, in addition to his role as lecturer in ASU’s College of Integrative Sciences and Arts, is a faculty affiliate in Barrett, The Honors College and in the Center for the Study of Race and Democracy. His scholarship has focused on organizational leadership, faith-based leadership, immigration, social movements and the history of cartography.

Before joining ASU, Davis served in the editorial division of Encyclopaedia Britannica, first as a researcher and writer, then as associate editor of world geography as well as Latin American history and culture. He has brought this range of knowledge and experiences to bear as volunteer Academic Bowl coach for the College of Integrative Sciences and Arts student teams since 2015, and he has recently led ASU Study Abroad experiences in Ireland and Peru.

Davis earned a doctorate in anthropology at the University of Illinois-Chicago, as well as two master’s degrees — in urban and environmental geography and in anthropology. He completed a bachelor’s degree in English and Latin American Studies at Augustana College.

‘Goddesses, Beer and the Bible’

What: Final session of the fall 2018 Humanities Lecture Series of the College of Integrative Sciences and Arts.

Details: Free and open to the public. Davis may or may not sing a few lines of the Mesopotamian hymn to Ninkasi.