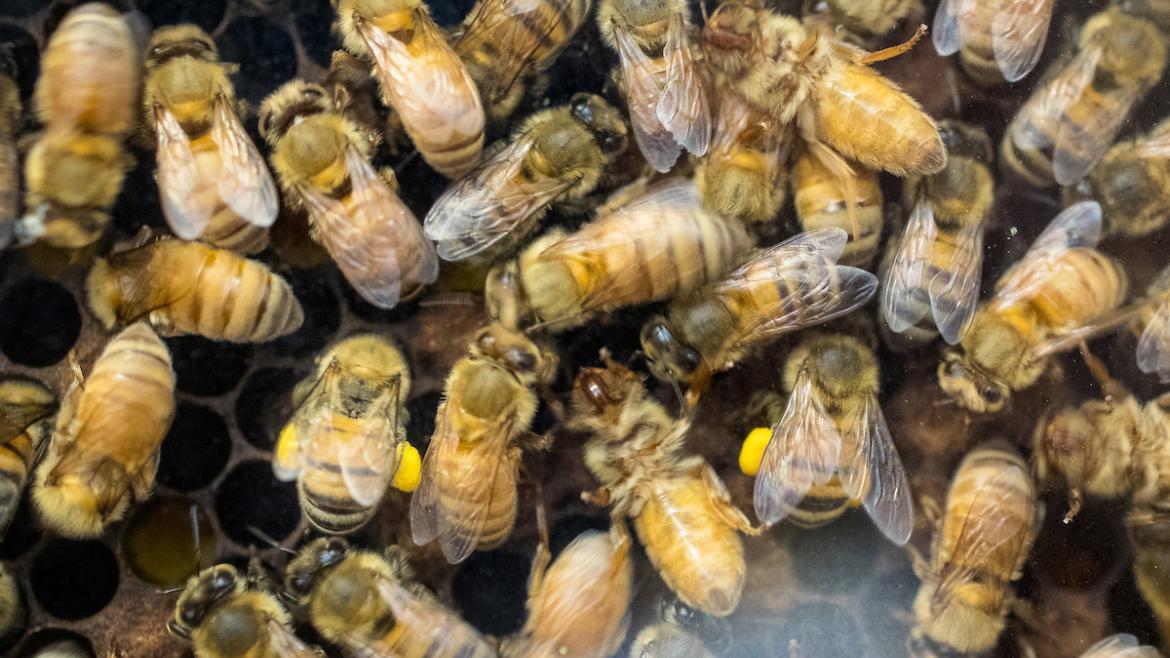 You’re making spaghetti for a dinner party, but you’ve forgotten mushrooms, onions and Parmesan. You need one of your friends to hit the store on their way over.

You know which one not to ask — the one who will happily stop for you but come over with candy corn, Vienna sausages, maple syrup and a bunch of other junk you don’t need.

That friend has low latent inhibition, a learning behavior that teaches how to ignore unimportant or familiar information, so they're not the right person for the job of picking up only specific items.

Having the right bees "pick up the food" is how honeybees successfully exploit their environments so colonies thrive, according to a paper published this week by Arizona State University researchers.

Animals have to effectively balance the time they spend finding new resources versus going back for a sure thing. One way that social animals pull this off is by dividing these two tasks between different individuals. In honeybees, foraging is divided between scouts that search for new food sources and recruits that harvest known resources. This may be because of the way they learn the landscape. 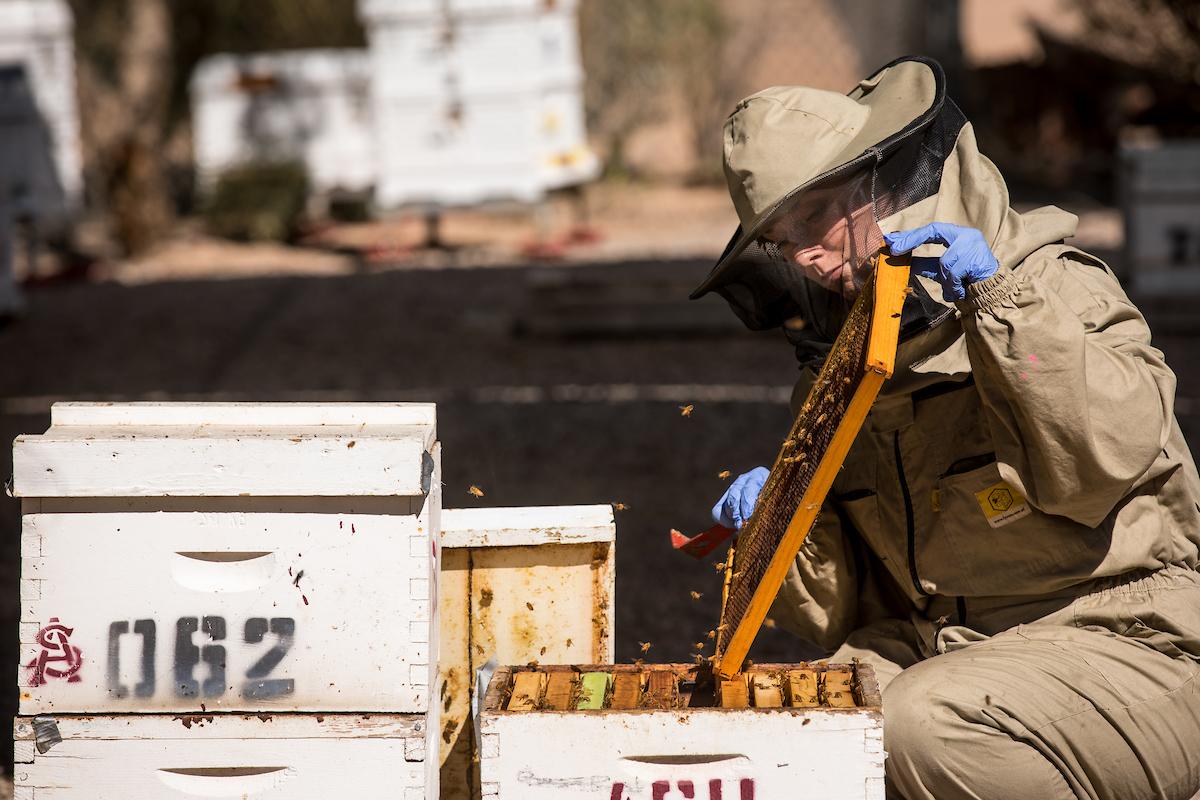 Postdoctoral researcher Chelsea Cook studies honeybees at the SOLS Bee Lab on the Polytechnic campus on Oct. 24. Cook analyzes how the bees organize themselves by character traits to more efficiently exploit their environment. Photo by Charlie Leight/ASU Now

In both bees and humans, latent inhibition is stronger in some than others. People with extreme ADHD have low latent inhibition. They can’t ignore things when their brains have replaced familiar stimuli with novel stimuli. Bee scouts show stronger latent inhibition than recruits, possibly reflecting their need to discriminate forage quality. 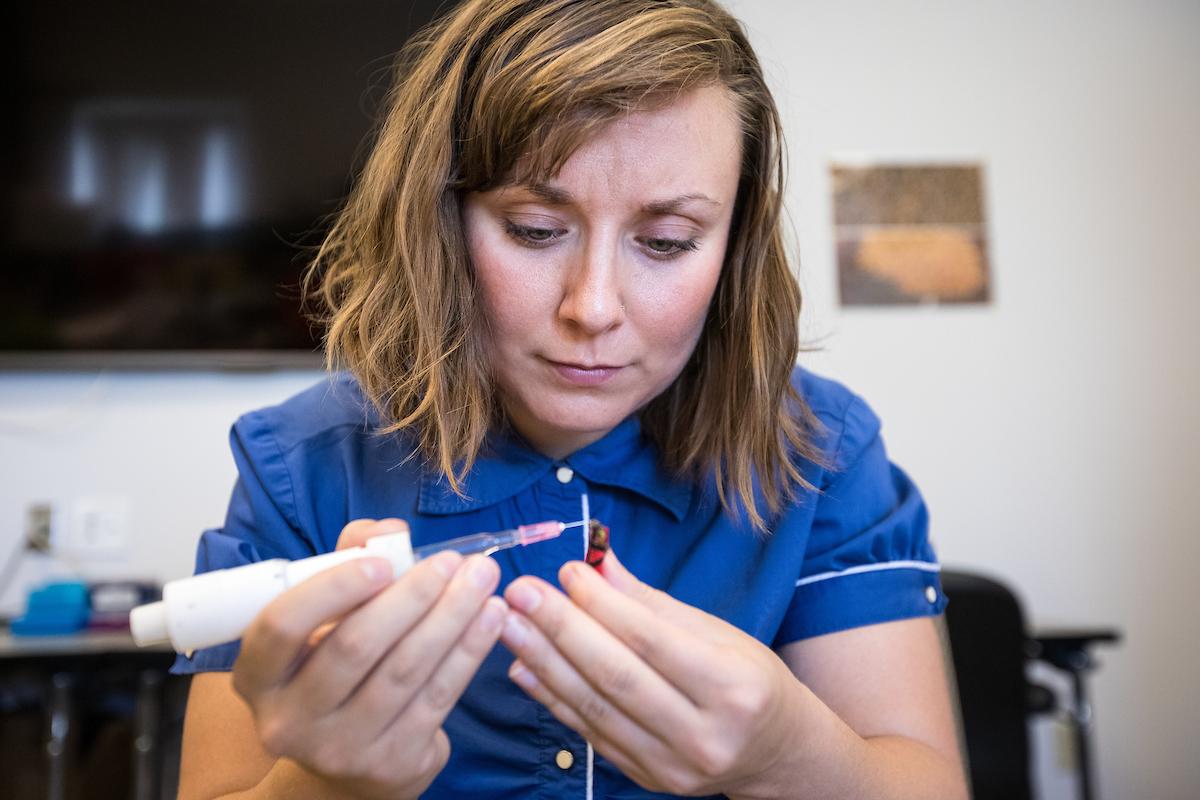 Bee scouts search and encounter new odors while locating novel resources, while recruits continuously forage from the same resource, even as its quality degrades. Cook and her co-authors found that scouts show stronger latent inhibition than recruits, which may reflect their need to find good sources of food, not just any food.

Imagine grocery stores in your neighborhood closing down and popping up all the time. That’s essentially what’s happening in the environment, Cook said. Flowers bloom for only a couple of days or weeks, then they die away.

“There’s this constant different timing of what’s going on,” Cook said. “The bees have to be able to balance who goes and looks for new food, but then who goes and actually exploits what they’ve already found. If they’re too busy looking for new food, it takes a lot of time. Exploring new areas might be dangerous, so there’s a risk to doing too much exploring. If you exploit for too long, or have too many of them exploiting, then that resource can run out and they don’t know where else to go. It’s this delicate balance that the whole colony has to be able to figure out to effectively feed the entire society.”

The research shows that how an individual learns can play a major role in how they interact with their environment to perform critical tasks like eating.

“Honeybees are incredibly important for pollination and food production,” Cook said. “With this work, it allows us to understand more about how they are learning their environment to effectively collect enough food.”

Scientists still don’t understand how honeybees forage and pollinate for human food productions. This study gives one more clue into how bees view and learn their landscape and make decisions.

“Understanding how individuals interact with their landscape allows us to understand what cues they are using in their environment to choose what food to collect,” Cook said. “This is especially important in social groups, as the society’s survival depends on the collective work of many individuals.”

The study was published Friday in the Journal of Animal Ecology.

Top photo: The yellow bags are pollen sacks on the bees' legs that collect pollen. Photo by Charlie Leight/ASU Now