What causes some adolescents to thrive while other teenagers struggle with substance abuse and mental health? Through years of research, the scientists who study development and the clinicians who treat troubled teenagers have developed a list of risk factors that predict the problems faced by adolescents.

The Robert Wood Johnson Foundation, an influential philanthropic organization that focuses on health, recently published a report on adolescent wellness that prioritized risk factors for adolescents. The top three — poverty, racism and discrimination — have been on the list for many years, but the 2018 report included a new factor: ongoing pressures to excel that occur in high-achieving schools in mostly affluent communities. 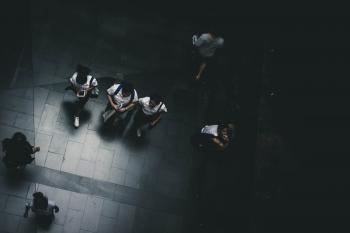 Researchers in the Arizona State University Department of Psychology have found the quality of the parent-child relationship steadily declined starting in sixth grade, and levels of alienation, trust and communication in middle school predicted depressive symptoms and anxiety in 12th grade. Photo by Fancycrave/Unsplash Download Full Image

Although attending a high-achieving school might not seem as risky as living in poverty or facing racism or discrimination, decades' worth of research has shown that in fact it is.

Ebbert has worked with Frank Infurna and Suniya Luthar in the ASU Department of Psychology to examine how the quality of the parent-child relationship influenced the mental health of adolescents who attend high-achieving schools. She is first author on a paper in Development and Psychopathology that was published on Oct. 25.

A long-term predictive study of adolescence

The researchers used data from the New England Study of Suburban Youth (NESSY), a long-term study of adolescents led by Luthar, Foundation Professor of Psychology at ASU and co-author on the paper. Participating students came mostly from two-parent families where the parents were white-collar professionals and well-educated. Each school year the NESSY participants completed questionnaires that included measures of their mental health and assessed the quality of their relationships with others. The ASU researchers used assessments of the mental health and quality of parent relationships from 262 children.

“Parent-child relationships continue to serve as instrumental sources of support throughout adolescence,” Ebbert said. “The quality of these connections can have ripple effects on adjustment and mental health outcomes.” 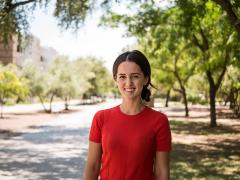 The researchers used data from seven years — sixth grade through senior year of high school — to look at how the children’s feelings about the parent-child relationship affected their mental health as seniors in high school. The yearly assessments evaluated feelings of alienation from each parent, how much trust the child felt with each parent and how well the child and parents communicated.

“We wanted the child’s perspective on the relationship with their parents because ultimately it doesn’t matter much how parents think they are doing,” Luthar said. “It’s what the children experience that is far more important in terms of effects on their mental health.”

During the senior year of high school, the participants’ mental health was assessed with surveys that measured depressive symptoms and anxiety levels.

The interplay of alienation, trust and communication

Starting in the sixth grade, the children reported growing disconnect with their parents. During the middle school years, the participants indicated increases in feelings of alienation from both parents as the levels of trust and quality of communication decreased.

“Kids pulling away from parents is a well-known phenomenon of adolescence, but we found that it really begins in early middle school,” Luthar said.

The pulling away from parents associated with adolescence happens as the teenagers, or even pre-teenagers, begin to explore self-sufficiency and independence. Ebbert said a natural inclination of parents is to give their child space to navigate independence, but she added that if this response is seen as disengagement by kids, it can lead to problems like the ones the researchers found in the NESSY participants.

“We wanted to understand how the changes in the children’s feelings of alienation, trust and communication with both parents affected their development, so we examined whether the reported changes could predict depressive symptoms or anxiety by the end of high school,” said Infurna, associate professor of psychology and co-author on the paper.

The researchers found gender differences, in both the student participants and in the effect of parents. Middle-school girls reported experiencing greater increases in alienation from both parents and greater decreases in trust with their mothers. Symptom levels at age 18 also differed, with girls experiencing higher levels of anxiety than boys during the senior year.

There were differences in the average quality of the relationship with mothers and fathers. Overall, the participants reported feeling closer to their mothers, which the researchers suggested might explain why the changes in alienation, trust and communication were greater between children and their mothers.

“Our findings emphasize the importance of parents constantly working on close and supportive relationships with their children, even if the teenager or pre-teen is pulling away,” Ebbert said. “The teen might be pulling away as part of the natural process of developing into an individual separate from their parents, but parents remain a primary influence and the primary source of support for the teen.”

The NESSY study was funded by the National Institute on Drug Abuse (R01DA014385).

The ASU Alumni Association will honor Sun Devil leadership during the upcoming Nov. 3 Homecoming game, which will pit Arizona State University against the University of Utah.The Alumni Association will recognize George Dean, president and CEO of the Greater Phoenix Urban League, with its Alumni Service Award, and Ray Schey, publisher of the Phoenix Business Journal, with its Alumni Appreciation Aw...

The ASU Alumni Association will honor Sun Devil leadership during the upcoming Nov. 3 Homecoming game, which will pit Arizona State University against the University of Utah.

The Alumni Association will recognize George Dean, president and CEO of the Greater Phoenix Urban League, with its Alumni Service Award, and Ray Schey, publisher of the Phoenix Business Journal, with its Alumni Appreciation Award. 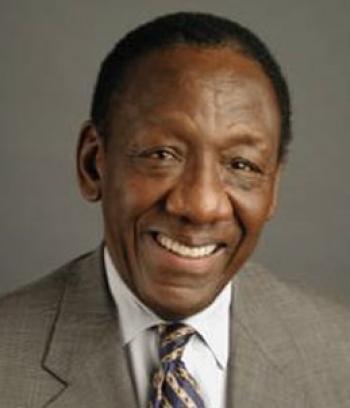 Dean, ’70 BS, is president and CEO of Greater Phoenix Urban League, an organization where he has served in various capacities for more than 26 years. Under his leadership, GPUL has focused on advocacy for issues affecting the African-American and minority community related to education, training, job placement and economic development.

In addition to his work at GPUL, he serves as chair of the board of directors of ASU Preparatory Academy, is a member of ASU President Michael M. Crow’s Community Council and serves on the board of the Center for the Future of Arizona.

He previously has served on the Dean’s Councils for three ASU colleges: the Watts College of Public Service and Community Solutions; Barrett, The Honors College and the Mary Lou Fulton Teachers College. 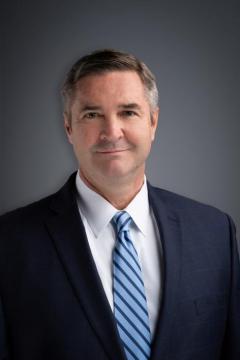 Schey is the publisher of the Phoenix Business Journal, a weekly business publication serving the Phoenix metro area, and is responsible for managing all aspects of the operation.

Schey is being recognized for his support of ASU through his service on the Cronkite Endowment Board of Trustees; support for ASU’s Founders’ Day awards program; continued partnership on Sun Devil 100, which honors ASU alumni entrepreneurs and innovators; support for the W. P. Carey School of Business’ Economic Club of Phoenix series and the Master of Real Estate Development Monopoly event; support for the Ira A. Fulton Schools of Engineering’s innovation event; partnerships with the ASU Foundation and internships for ASU students.

Prior to his role in Phoenix, he served as director of advertising at the Milwaukee Business Journal and the Rochester (New York) Business Journal. Schey has been involved in numerous community and charitable organizations in his career and is currently a member of Greater Phoenix Leadership and serves on the boards of the Arizona Tech Council, Visit Phoenix, the Downtown Phoenix Partnership, Arizona Lodging and Tourism Association, Maricopa Community Colleges Foundation Board and Arizona Food Marketing Alliance. 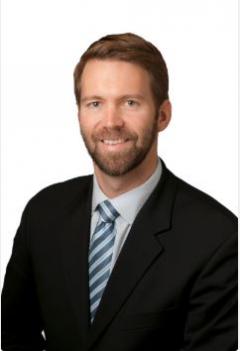 He began his career at Sundt more than 17 years ago as a field engineer, working his way through every level of project management. Abbott earned his bachelor’s degree from the Del E. Webb School of Construction in the Ira A. Fulton Schools of Engineering and his MBA from the W. P. Carey School of Business.

Prior to serving on the ASU Alumni Association board, Abbott was a member of the organization’s National Alumni Council and Arizona State Young Alumni Council. He also has served as chair of the Founders’ Day Committee responsible for all aspects of this university signature event.  He also serves on the boards of the Valley of the Sun YMCA and the Children’s Museum of Phoenix.