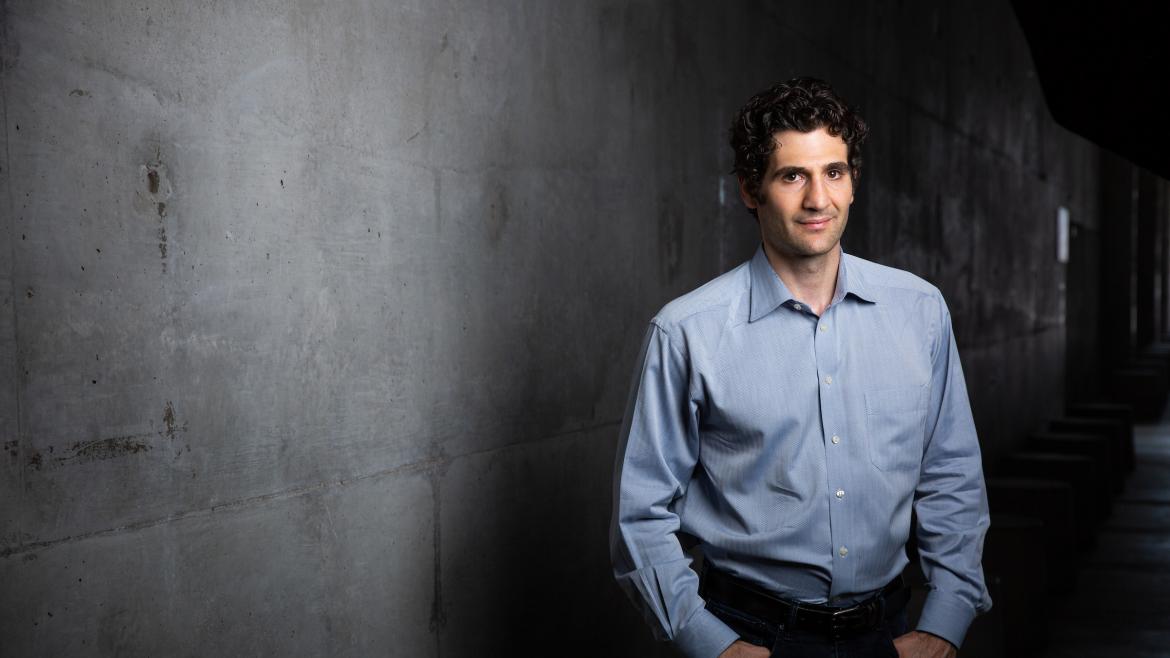 Staying ahead of cyberattacks

October is National Cybersecurity Awareness Month. Are you on alert?
October 15, 2018

During National Cybersecurity Awareness Month, ASU's Paulo Shakarian shares how he and other researchers are using cybercriminals' weaknesses against them

Cyberattacks make the headlines seemingly every week, with few untouched by the breaches. But there is positive news as researchers take aim at malicious hackers.

In the newest ASU KEDtalk, Paulo Shakarian tells us how mining the dark web can throw light on these cybercriminals and thwart their impending attacks. He likens his research strategy to that of a soldier running reconnaissance on the enemy.

Shakarian, an Arizona State University assistant professor in the Ira A. Fulton Schools of Engineering, explains that like all of us, malicious hackers have their limitations and weaknesses. He and his collaborators are taking advantage of both to head off cybercriminals at the pass.

Shakarian's talk is part of the ASU KEDtalks series. Short for Knowledge Enterprise Development talks, KEDtalks aim to spark ideas, indulge curiosity and inspire action by highlighting ASU scientists, humanists, social scientists and artists who are driven to find solutions to the universe’s grandest challenges. Tune in to research.asu.edu/kedtalks to discover how researchers are attacking locust plagues, why baby steps are not the best way to achieve change and more.

For Alec Guthrie, a graduate student pursuing an MA in global security at Arizona State University, the past couple of years could not have been more different than what he envisioned when he came to campus as a freshman.Like many students, it took Guthrie time to discover his academic calling, first exploring majors in biology and physical science before settling on a discipline that was much mo...

For Alec Guthrie, a graduate student pursuing an MA in global security at Arizona State University, the past couple of years could not have been more different than what he envisioned when he came to campus as a freshman.

Like many students, it took Guthrie time to discover his academic calling, first exploring majors in biology and physical science before settling on a discipline that was much more compelling to him: political science. Although he had initially written it off, all it took was a few classes for Guthrie to realize he had found something he wanted to do with the rest of his life. 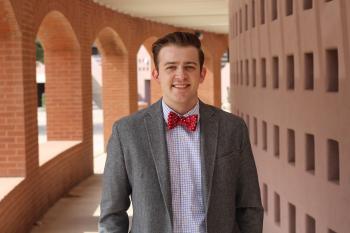 Alec Guthrie, who is participating in the MA in global security. Download Full Image

“Political science is about understanding why a country runs efficiently and how to make it better, something I am truly passionate about,” Guthrie said.

However, like any student, there came a point where he wanted to apply all he had learned as a political science major to the real world, to participate in the very civic service that he had been studying. After spotting a flyer for the McCain Policy Design Studio on his way to class one day, Guthrie knew he had found his opportunity.

“I have been long interested in public service and thought that this would be an experience to get me some real-world experience within the federal government.”

After his acceptance into the design studio, Guthrie headed to Washington, D.C., to spend a semester studying and working in our nation’s capital. As part of the program, Guthrie would attend a weekly class set up to mirror a U.S. embassy team meeting in Kabul, Afghanistan. Each student was assigned a role in the class’s semester-long goal of developing a policy proposal that promoted American interests in that country.

In addition to their policy proposal, Guthrie and other program members were able to meet with government officials from various federal agencies. For Guthrie, this was a great opportunity to learn from their experience.

“They expanded on what they thought it meant to be a great leader. These discussions provided invaluable insight that we could not have received anywhere else,” Guthrie said.

While Guthrie’s work in the classroom helped him further develop his knowledge on politics and global affairs, his internship in the office of a federal district court judge proved to be one of the most impactful aspects of his time in Washington. Unlike many internships, Guthrie’s time in the judge’s office gave him frequent face time with a powerful and thoughtful mentor, an experience which helped understand the importance of networking.

“If you get to D.C., talk to everyone," Guthrie advised. “There is a culture in the government workforce of mentorship.”

Upon returning to ASU to finish his undergraduate studies, Guthrie knew he wanted to get back to Washington. To do that, he knew he would need to do something to set him apart from others. It was at that time that he stumbled upon the MA in global security, a master’s degree program in the School of Politics and Global Studies.

“Once I read the description, I was hooked.”

The MA in global security is a 30-credit online program, supported by the Center on the Future of War at ASU, that trains students to critically engage global conflict and international security in a comprehensive manner designed to aid professional advancement in military, government and private sector careers. For Guthrie, it’s as if he’s in his natural element, putting him in a position to think about inventive ways for the United States to solve the problems it currently faces.

“We are studying topics that are happening today and that will matter tomorrow,” Guthrie said. “The program seems to cultivate a fresh view of global conflict, which is much different than it was 20 years ago.”

Once he completes his MA, Guthrie wants to get back to Washington and pursue a career as a public servant — a pursuit he attributes to his time in the McCain Institute Policy Design Studio.

“It gave me exposure to what the government life is actually about.”