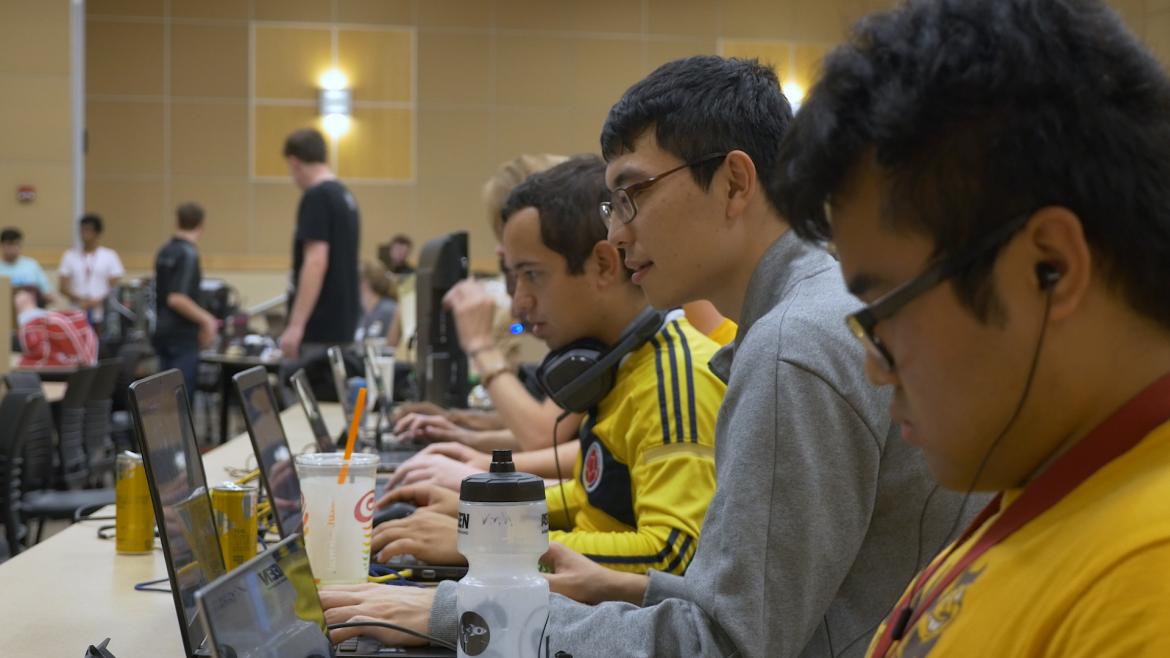 Playing video games is seen by many as a sedentary, solitary activity, but an Arizona State University student-led organization is seeking to help change that sentiment by promoting esports — competitive video gaming — as an athletic activity that democratizes competition and access among its participants while offering its players a sense of camaraderie.

“It is an even playing field, that’s one thing that is very different than regular sports,” said Lucas Selman, president of the ASU Esports Association.

At the association's meetings every Friday, you’ll find a diverse group socializing and competing with and against each other at the highest level of competitive play in myriad games.

But it's not just the players; there are a lot of roles and careers available in esports.

"There's tournament organizers where you plan events, a bunch of social media you need to do, media production crews, coaches," said Luc McConnell, vice president of the ASU Esports Association. "You need a whole host of skills to be sucessful in esports as a business, you don't necessarily just need to be a player."

Members within the association have also found success in collegiate-level tournaments. They won the Tespa Heroes of the Dorm tournament in 2016, beating out UT Arlington in the grand finals and garnering a first-place prize pool of $375,000 in tuition.

The ASU Esports Association is now looking to recapture that former glory with its current members.

“We’re now focused on other games, like Blizzard Entertainment's 'Overwatch.' It’s really big here in Arizona and we have a lot of high ranked players who compete in 'Overwatch' at a really high level,” Selman said.

But even if you're not an elite-level player, the association is ready to welcome you, Selman added.

"It doesn't matter if you're into competitive gaming — you can still make friends here, have fun, and socialize while playing video games."

The ASU Esports Association currently meets every Friday at the Tempe campus from 5 p.m to midnight in EDC 117.

Rumble in the desert

At the moment Mexico scored a game-winning goal against Germany in the recent World Cup, two seismometers in Mexico City picked up readingsSo many people jumped at once they set off a fanquake.Now a geophysicist in Arizona State University’s School of Earth and Space Exploration wants to bring Devilquakes to Sun Devil football.Ed Garnero studies the interiors of Earth and other planets using sei... 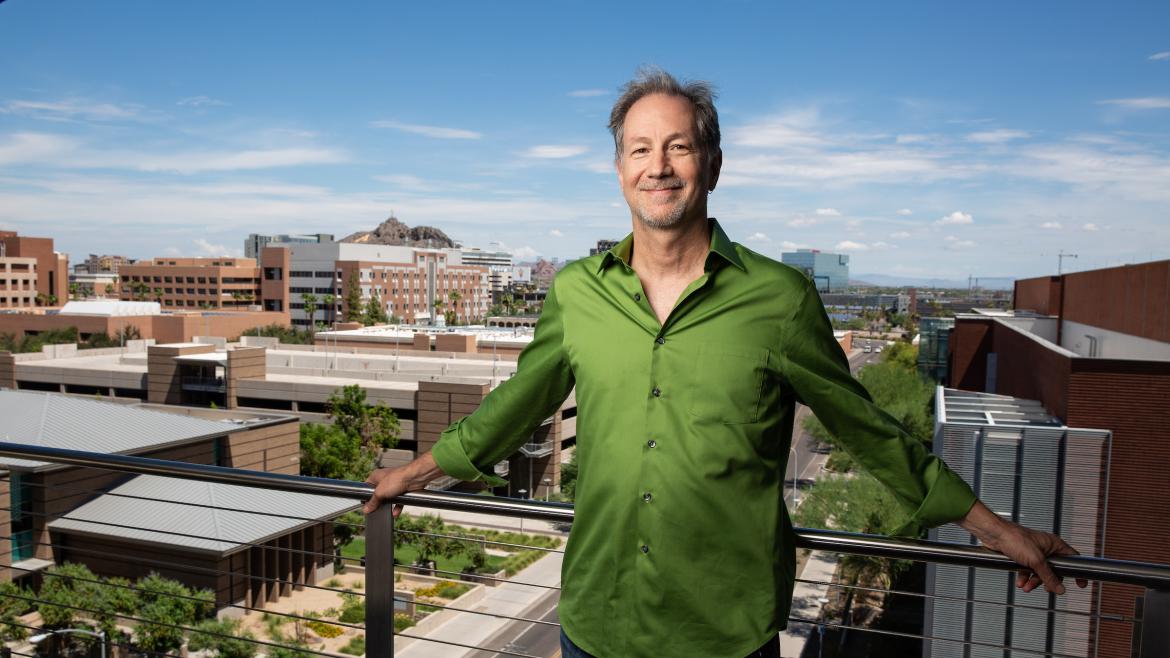 Rumble in the desert

At the moment Mexico scored a game-winning goal against Germany in the recent World Cup, two seismometersA seismometer measures the motion of the ground, which can be caused by earthquakes, volcanic eruptions, or explosive detonations. in Mexico City picked up readings

So many people jumped at once they set off a fanquake.

Ed Garnero studies the interiors of Earth and other planets using seismology. He has an idea to put an instrument, perhaps a seismometer, perhaps something else, under the stadium.

“When the crowd makes a bunch of noise during a big play, during a replay on the jumbotron they can show the shaking and we can make a simulated earthquake magnitude,” Garnero said. “It’s kind of cool. It’s a link to (the School of Earth & Space Exploration), and it will get the fans riled up to make even more noise during the next big play.”

The instruments would be set up beneath the stands, closer to the student side.

“We want them to feel like there’s this cause and effect,” he said. “Doing something like this, where we call them Devilquakes, would be really fun. The thing I’m excited about it is a crowd can get super-excited or jacked up. If we could rile our crowds up more during big plays because they know they want to do better than the last magnitude, then that’s fun. It’s crowd engagement.”

Any kind of vibration is seismic, whether it’s a crowd jumping up and down or an earthquake or somebody setting off fireworks. Those all cause the ground to shake, and sensitive instruments record that.

An earthquake’s magnitude is related to something happening at a specific place. If you’re right where the ground is breaking, a magnitude four “can kick your butt,” Garnero said. “On the other hand, a magnitude eight, if you’re hundreds of miles from it, you might not even feel it. … A bigger thing means something relative to the smaller thing, if not truly equivalent to an earthquake.”

Garnero has to record the sound and film of the game. He has to correlate the noise with the action, so he knows what is the crowd stomping and what is a plane going over or fireworks. Big plays have to be connected with shaking.

“If there is any kind of timing of biggest plays, that will work,” he said. “We can then explore algorithms for turning that into ‘fanquake’ magnitudes.”

Garnero doesn’t expect half the stadium to stand up, slap their foreheads, and change majors to geology after seeing the magnitude of a fanquake.

“I teach a geology class for nonmajors. … What do the kids care about? A lot of them might not be as excited to learn about rocks and stuff as they are about going to the game on Saturday. So let’s talk about the game. ‘Hey, that big play was this big.’ What does that actually mean?”

Above photo: Professor Edward Garnero poses for a portrait on the balcony outside his office, which has a view of Sun Devil stadium, on July 17, 2018. Garnero's work focuses on using seismology tools to explore the nature of planetary interiors. He's turned his tools to analyzing Sun Devil 'fanquakes.' Photo by Deanna Dent/ASUNow