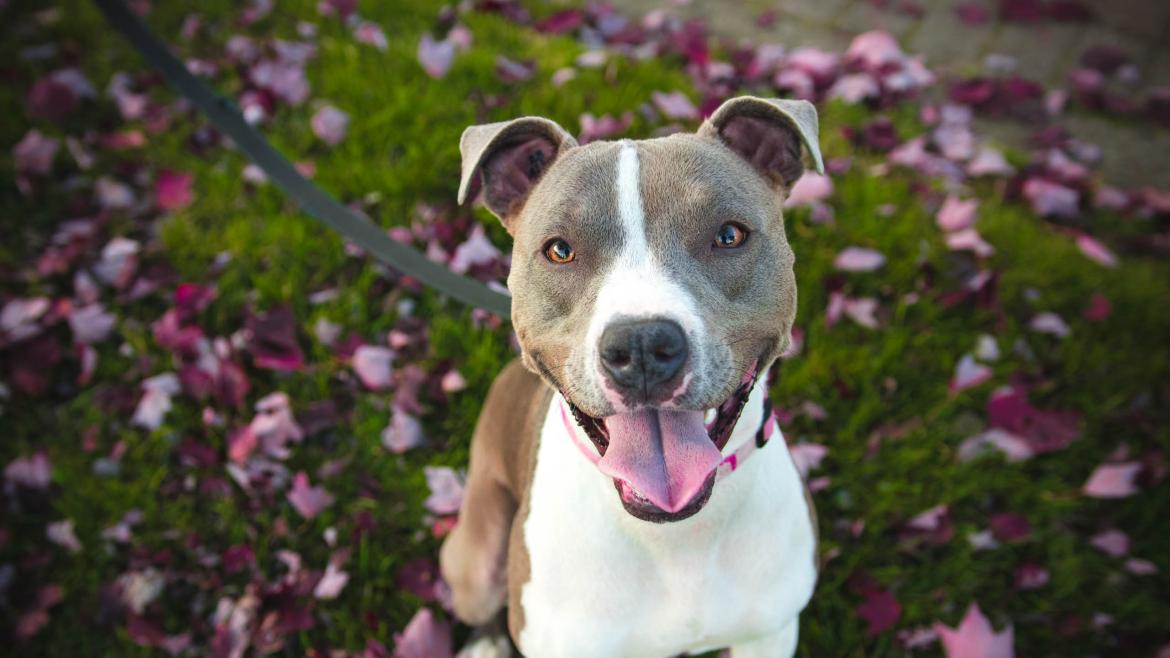 Imagine meeting a potential roommate for coffee but instead of questions that gauge how compatible you both would be living together, you were asked about the ancestry of your parents’ families. Though this situation seems ridiculous, it happens all the time in animal shelters where dogs are assigned breeds that are often just guessed from their physical appearance. These breed assignments are then used to infer how the dogs might behave and also often impact the length of time a dog waits to be adopted.

The first step to understanding how breed labels might affect shelter dogs is to identify who shelter dogs actually are, and researchers in the Arizona State University Department of Psychology have done just that. The ASU scientists genotyped shelter dogs in Arizona and California and compared the genetic information to the breed labels assigned in shelters. The findings were published Aug. 23 in PLOS ONE.

For the genetic testing, the researchers used the Wisdom Panel Canine DNA Test from Mars Veterinary, which is a commercially available product. A small brush was used to collect cells from the dogs' cheeks and gums, and the samples were sent to a lab for processing. At the lab, DNA was extracted from the dogs' cells and compared to over 300 sites in the canine genome that have been matched to specific breeds.

The three most common breeds at both the AAWL and SDHS were the same: American Staffordshire terrier, Chihuahua and poodle. Yet these three breeds accounted for less than half of the dogs in the two shelters.

“The level of genetic diversity in the shelter dogs exceeded our expectations: We found 125 distinct breeds,” said Gunter, who is a Maddie’s Research Fellow in the ASU Department of Psychology. “We also found that just 5 percent of the shelter dogs were purebred, even though it is commonly assumed that up to a quarter of dogs in shelters are purebred.”

The genetic testing gave the researchers information about three generations of ancestors for each dog. On average, most dogs were comprised of three different breeds, with some dogs having up to five breed signatures identified at the great-grandparent level.

“Breed identification has quite an outsize role in people’s perceptions of dogs,” said Wynne, professor of psychology and head of the Canine Science Collaboratory. “‘What breed is he?’ is often the first question people ask about a dog, but the answer is often terribly inaccurate.”

The accuracy and unintended consequences of a label

The genetic diversity among shelter dogs can make it difficult for shelter staff to assess the breed heritage of dogs. Gunter and Wynne partnered with ASU’s Rebecca Barber, assistant clinical professor in the Mary Lou Fulton Teachers College, to compare the breed information from the genetic testing to the labels given to the dogs in the San Diego shelter. At the SDHS, shelter staff used the physical appearance of a dog and breed descriptions from the American Kennel Club Breed Identification Guides to identify a primary and secondary breed.

When the researchers looked at whether either the assigned primary or secondary breed matched the information from the genetic profile of a dog, they found the shelter staff accuracy was 67 percent. The accuracy fell to 10 percent when staff identified more than one breed.

Though breed labels are common in animal shelters, they can have unintended consequences. In a previous study also published in PLOS ONE, the researchers found that dogs labeled as pit bulls waited over three times as long to be adopted. In this study, the researchers found that dogs in the San Diego shelter with a pit bull-type ancestry waited more than three times as long as other dog breeds.

How a breed label impacts a shelter dog extends beyond identification. The relationship between behavior and breed is murky except for certain behaviors that are breed-specific, like pointing.

“The genetics of behavior is so complex that a dog who is a cross of two breeds might not behave much like the typical members of either of its parents’ families,” Wynne said. “Then you have a situation where breed-typing is worse than stereotyping members of our own species. Breed labels would be better dropped altogether.”

Beyond breed labels to behavior

The behavioral diversity even within single breeds has led Gunter and Wynne to advocate for the importance of behavioral assessments instead of breed labels. What really matters is a dog’s behavior and how it might fit into an adoptive family, Gunter said.

“Shelter dogs are interesting and complex genetically,” Gunter said. “They really are individuals, and labeling them with a single breed can minimize their uniqueness.”

An important goal of the Canine Science Collaboratory is to design and validate a behavioral assessment that would provide insight into how dog behavior in a shelter translates to behavior in a home. Such an assessment would be more informative than breed labels and might positively impact shelter dogs.

The AAWL in Phoenix recently stopped publicizing breed information on their website and on kennel cards, though the breed labels are available upon request. The shelter, which has a long-standing relationship with the collaboratory, made the decision based on the findings from the previous study that showed how certain breed labels increased the length of stay in a shelter.

“Everything about the life experience of a dog — where he was before coming to the shelter or any medical issues he might have — is what makes him who he is, not who his grandparents might have been,” said Michael Morefield, director of marketing and communications for the AAWL. “When you adopt a dog, you are not adopting a bully, a German shepherd or Saint Bernard, you are adopting Jerry or Mo. When you love a dog, you don’t love a German shepherd. You love Jerry.”

After a fascinating job in the art world, Montreal man ready to pursue an MBA

Supply-chain specialists are experts in where different parts are coming from and headed to in the manufacturing process.One of Arizona State University’s new students worked the transport logistics of items that are worth millions of dollars.Nicholas MagnanNicholas Magnan, who is starting the full-time master of business administration program in the W. P. Carey School of Business, most recentl...

Giving pound puppies a paw up

Humanities , Research , Department of Psychology , The College of Liberal Arts and Sciences

Why are dogs special?

Department of Psychology , The College of Liberal Arts and Sciences , Knowledge Enterprise , Research 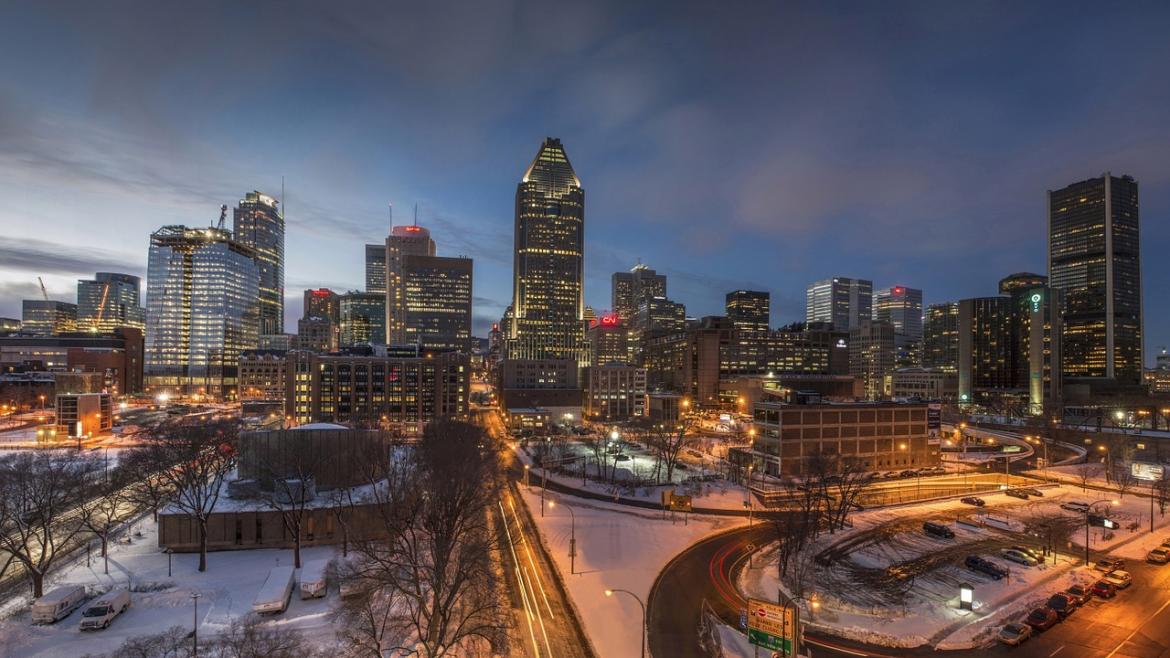 After a fascinating job in the art world, Montreal man ready to pursue an MBA

Supply-chain specialists are experts in where different parts are coming from and headed to in the manufacturing process.

One of Arizona State University’s new students worked the transport logistics of items that are worth millions of dollars. 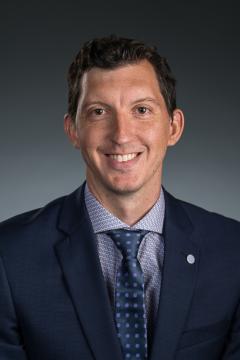 Nicholas Magnan, who is starting the full-time master of business administration program in the W. P. Carey School of Business, most recently was the transport logistics manager at the Montreal Museum of Fine Arts.

“I was in charge of the incoming and outgoing artwork at the museum. It was unique,” he said of his yearlong work experience before coming to ASU. He has an undergraduate degree in business from the University of Quebec.

“If we had a big show coming up, I was in charge of making sure all the incoming artwork arrived in time, making sure everything was going well at the airport — how many trucks, how many planes, what would the insurance be like and any special paperwork.”

Magnan also worked in logistics at Lacoste and Coty before taking the museum position as a change of pace before graduate school.

“I like to solve problems and look at processes and I like looking at numbers to see how we can improve the business,” he said.

Question: What are you most excited to experience at ASU?

Answer: I am most excited to meet and develop relationships with my classmates and to grow my network at the same time! I love the fact that there are so few of us in the MBA program that we will get to know each other really fast and become a big family.

A: Being a positive and analytical person are the top two skills that I bring to ASU and I know my classmates will appreciate those strengths. I'm very open-minded as well, which is important when you move to another country, especially considering ASU has such a large international student base.

A: I just finished watching a show called “Money Heist,” which was originally produced in Spain. It has some interesting twists which made the show different than others that I've watched recently. I'm also really looking forward to the next season of “Game of Thrones.”

A: Ninety percent of my lunches in the past 5 years included some form of chicken! It is so good and healthy. I can already tell you that my lunches for the next two years will contain a lot of chicken.

A: There are so many problems to choose from but, to me, the backbone of any society is education. A better education can only lead to an improvement over a multitude of issues ranging from health problems to poverty, so I would definitely put that money towards education.