Often it’s not what you say, it’s what you understand that makes you a successful communicator.

With that premise in mind, speech and language researchers at Arizona State University's College of Health Solutions are testing an innovative way to help people who struggle with communication following a stroke. Rather than focusing on a patient’s ability to speak, they will instead conduct research to determine if the way speakers talk can improve a stroke patient’s ability to understand. 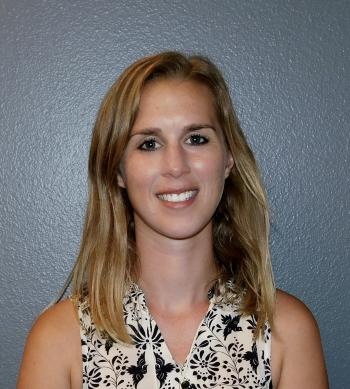 Arianna LaCroix, a speech-language pathologist and third-year doctoral student in the speech and hearing science program, has received a $50,000 predoctoral fellowship from the American Heart Association for her dissertation research on the role speech prosody, or the way people speak, plays in stroke patients’ ability to comprehend. Download Full Image

Arianna LaCroix, a speech-language pathologist and third-year doctoral student in the speech and hearing science program, has received a $50,000 predoctoral fellowship from the American Heart Association for her dissertation research on the role speech prosody, or the way people speak, plays in stroke patients’ ability to comprehend. Her adviser, Corianne Rogalsky, assistant professor of speech and hearing science and director of the Communication Neuroimaging and Neuroscience Laboratory, will supervise her study.

Little research exists on post-stroke patients’ speech comprehension abilities, but for LaCroix, this focus is key to successful rehabilitation.

“The ability to comprehend speech, not the ability to produce speech, is the number one predictor of quality of life after someone has a stroke,” she said.

Speech-language pathologists instinctively change the pitch and rhythm of their own speech when they work with their patients, and LaCroix wondered if speaking in certain ways would improve patients’ ability to comprehend.

To think about how this would sound, compare an overly dramatic actor performing a Shakespearean soliloquy to a monotone speaker reading from a grocery list. Because stroke affects each patient differently, depending on which area of the brain is damaged, LaCroix theorizes that speaking in an exaggerated way will help patients whose attention span is better, while those whose memory is better will understand more if they are spoken to in a flat, even tone.

By aligning the way of speaking with each patient’s cognitive strengths, LaCroix and Rogalsky hope to develop an individualized approach to speech therapy.

“One roadblock to speech-comprehension rehabilitation is substantial individual variability,” Rogalsky said. “In this project we are embracing these individual differences and using them to tailor changes in our speech to help the individual better understand what they are hearing.”

To test study participants’ memory and attention abilities, researchers will use a standard cognitive assessment as well as have them listen to recordings of sentences spoken with both exaggerated and monotone prosody. Participants will match the meaning of the sentences to corresponding pictures in a computer-based task to determine which method of speaking improves their comprehension. Then an MRI will measure the size and location of each patient’s brain lesions, hoping to correlate that data with the prosody that improved comprehension.

“It’s important to have this MRI data because lesion size and location may be more reliable in predicting which prosody manipulation may improve comprehension than just cognitive abilities,” LaCroix said.

Rogalsky agreed. “Compensation strategies are not necessarily beneficial to the same degree for everyone, and it can take months working with an individual to really get to know what works for them,” she said. “Our project aims to use information that is readily available to a clinician, such as brain scans and simple standard cognitive tests, to quickly identify what will be an optimal way to communicate with them.”

The study will last two years, with data collection in the first year and analysis and dissemination of results in the second year.

The Carnegie-Knight News21 program, a national multi-university reporting initiative headquartered at Arizona State University’s Walter Cronkite School of Journalism and Mass Communication, released a major multimedia investigation this week about the growing climate of hate in the United States.Thirty-eight journalism students from 19 universities traveled to 36 states, including a 7,000-mile r...

The Carnegie-Knight News21 program, a national multi-university reporting initiative headquartered at Arizona State University’s Walter Cronkite School of Journalism and Mass Communication, released a major multimedia investigation this week about the growing climate of hate in the United States.

Thirty-eight journalism students from 19 universities traveled to 36 states, including a 7,000-mile road trip around the country, conducting hundreds of interviews and reviewing thousands of pages of federal court documents, FBI data and state and federal statutes for “Hate in America.” 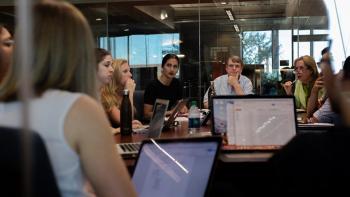 The project found more than 2.4 million crimes suspected of being motivated by hate in the five years between 2012 and 2016, based on an analysis of the federal National Crime Victimization Survey.

“Hate in America” includes more than a dozen digital stories and a 43-minute documentary exploring the legacy of hate in America and how it has shaped the country today. The fellows also produced a five-episode podcast following the life cycle of hate.

The investigation will be published by major media organizations across the country. Portions of last year’s News21 investigation were published by The Washington Post, NBCnews.com, USA Today and the Center for Public Integrity, in addition to dozens of regional and local news outlets.

“This project takes a deep look into intolerance, racism and hate crimes in the United States,” said Jacquee Petchel, News21 executive editor and a Pulitzer Prize-winning investigative journalist. “Our fellows were fair and aggressive in reaching out to people to get a range of voices for this project. They were immersed in cultures that would be uncomfortable for even the very best professional reporters. They handled each interview with a high degree of skill and professionalism.”

Other faculty who worked with students on the project include Leonard Downie Jr., the former executive editor of the Washington Post and Weil Family Professor of Journalism at Cronkite, and Sarah Cohen, the former New York Times data editor who serves at the Knight Chair in Data Journalism.

Work on the project started in January with a seminar on hate-crime issues taught by Downie and Petchel. Students heard from experts on the topic, analyzed data, researched topics and conducted interviews across the country.

“The News21 student journalists have produced a deeply reported, well-documented word, audio and visual portrait of the current state of hate in America,” Downie said. “They traveled thousands of miles, capturing stories, voices and faces of victims of hate crimes and incidents, inciters of hate, and Americans concerned about it.”

Downie said students found white nationalists who are recruiting on college campuses and those who are spoiling for fights in street demonstrations. He said they also documented continuing attacks on African-Americans, Latinos, the LGBTQ community, Native American women and Muslim and Jewish Americans.

Justin Parham, a Cronkite graduate student, worked on stories examining hate crimes against African-Americans as well as violence against lesbian, gay, bisexual and transgender Americans. As a videographer, he traveled to five states, including a visit to the Mississippi Civil Rights Museum and shooting video of the imperial wizard of the “Original Knights of America, Knights of the Ku Klux Klan.”

“This has been an amazing experience,” Parham said. “Having this opportunity so early in my career is one of those things that you can’t ask for. It’s just one of those blessings that you have to receive. I just tried to be sponge and soak up everything.”

News21 was established by the Carnegie Corporation of New York and the John S. and James L. Knight Foundation to demonstrate that top journalism students can produce groundbreaking reporting on major national topics and present their findings in innovative ways.

Over the past nine years, Carnegie-Knight News21 projects have included investigations into voting rights, post-9/11 veterans, marijuana laws, drinking-water quality and guns in America, among other topics. The projects have won numerous awards, including four EPPY Awards from Editor & Publisher magazine, two Student Edward R. Murrow Awards and a host of honors from the Society of Professional Journalists and the Hearst Journalism Awards Program, considered the Pulitzer Prizes of collegiate journalism.