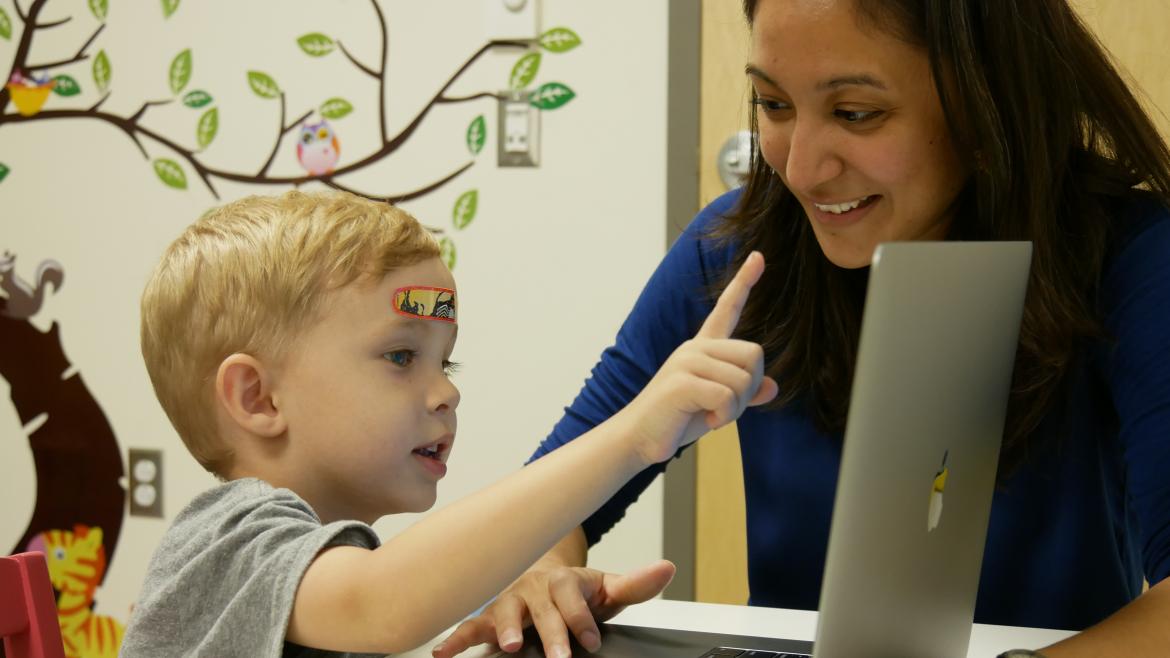 The first few years of a child’s life are crucial for learning language, and though scientists know the “when,” the “how” is still up for debate. The sheer number of words a child hears is important; that number predicts school performance. In an upcoming study in Current Biology, published online Aug. 16, researchers at the Arizona State University Department of Psychology report an additional factor that is important for language: the predictability of the learning environment.

Predictability is useful for all kinds of learning, not just language. Researchers know children and adults form expectations about what will happen and learn when those expectations are violated. For example, a child might learn the stove is not the same as the kitchen countertop when it is warm to the touch.

“Children are very sensitive to the predictable regularities in their environment, and we wanted to test how predictability affects their language learning,” said Viridiana Benitez, assistant professor of psychology and lead author of the study.

During the experiment, toddlers sat on their parent’s lap in front of a large screen. The screen showed four closed boxes, one in each corner of the screen. Inside the boxes were pictures of novel and unfamiliar shapes. In the first part of the experiment, the boxes opened one at a time and always in the same order. The sequence of box openings was predictable, but the object inside the box was not.

After five repetitions of the boxes opening and closing in the same order, the researchers started giving the objects names. Like the objects, the names were also novel, such as “pisk,” “bosa” or “tulver.” The children heard the name of the object after the box opened and their gaze was fixed on that box. The researchers tracked where the children were looking with a special camera that was mounted beneath the screen.

On half of the trials when the children heard names for the objects, the boxes opened in the expected order. On the other half of the object-naming trials, a box would open out of order.

“This experimental design separated the content of what the children were learning — the object-label pairings — from the predictability of the situation,” Benitez said. “We were able to show that just predicting something, like when and where to look, had a cascade effect on learning something new.”

The researchers completed the experiment twice, with two different groups of 2-year-olds. The results were the same in both experiments: toddlers learned the novel words better when the boxes opened in order, or when their environment was predictable.

“We have known for some time that infants and children are amazing statistical learners,” said Linda Smith, professor of psychological and brain sciences at Indiana University. Smith studies cognitive development in infants and young children and was not involved with the study. “The findings from this study have important implications for both education and parenting. Regularities in the everyday lives of children and in the classroom can support learning.”

Information from unpredictable events can be useful for learning. Unexpected events can cause children and adults alike to pay more attention to what just happened, but these findings suggest predictable situations in a young child’s environment might create advantageous learning moments, in particular for language acquisition.

“When situations are predictable, young children do not have to keep track of what is different than expected,” Benitez said. “They know exactly what will happen next, and this might allow children to learn better.”

The study was completed with Jenny Saffran, professor of psychology at the University of Wisconsin-Madison, and will be published in the Sept. 10 print issue of the journal.

This work was supported by the National Science Foundation (award 1513834).

From one desert to another, ASU Online serves new master's student in Dubai

Editor's note: This is part of a series of profiles of fall 2018 incoming ASU students.Farid Taqatqa is a new Sun Devil who lives in a desert city, but not in Arizona.He is a student in Open Learning Scholars, a new scholarship program for students in Arab countries to acquire master’s degrees from ASU Online. The program is a collaboration between ASU and the Abdulla Al Ghurair Foundation fo... From one desert to another, ASU Online serves new master's student in Dubai

Farid Taqatqa is a new Sun Devil who lives in a desert city, but not in Arizona.

He is a student in Open Learning Scholars, a new scholarship program for students in Arab countries to acquire master’s degrees from ASU Online. The program is a collaboration between ASU and the Abdulla Al Ghurair Foundation for Education, a Dubai-based organization that provides underserved, high-achieving Arab students with scholarships, support and skills training. 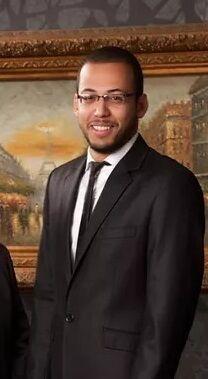 Taqatqa, who is originally from Amman, Jordan, now lives in Dubai in the United Arab Emirates as he begins his studies in engineering. He has a bachelor’s degree in chemical engineering from the University of Jordan and works full-time as a quality assurance technician.

“Mainly, I am responsible for evaluating the quality of the incoming raw materials and the finished goods during all stages of the manufacturing process against specified criteria and standards to ensure that customer requirements are met,” said Taqatqa, who will continue to work during school.

Question: What are you most excited to experience as part of your ASU Online program?

Answer: The most exciting parts of my experience are the online learning experience itself, the high standards of the education system I am taking and the interesting curriculum of the program. I have taken one course so far, and I am enthusiastic to resume with another two courses next semester.

Q: Have any of your friends ever heard of ASU?

A: My friends have never heard of ASU. In order to explain to them how good my school is, I just tell them that I had a course and the professor was the author of the book of that course. One of them was amazed at that, because he is pursuing a PhD in a well-recognized university here in UAE and had taken the same course with the exact book.

A: I am a new online student. I am still exploring the online community and wish to have the chance to interact and connect with it in any kind of activities.

Q: What does the Open Learning Scholars scholarship mean to you?

A: Currently I am watching a documentary show on National Geographic channel called ''Giant Factories.” The TV show gives you a tour in the biggest factories of car manufacturing in the world.

A: My close friends know that I am a very curious person. People at work usually don't realize that easily.

A: Poverty, since the poorest people don't have access to education or health care. And by solving this problem, all the root causes of it will be eliminated as well.