Beginning this month, the Arizona State University-led NASA Psyche Mission is expanding its innovative “Psyche Inspired” arts program to the national stage, inviting undergraduate students from universities and community colleges throughout the U.S. and its territories to apply to become one of the space mission’s featured creatives, or “Psyche Inspired Interns,” for the 2018-19 academic year.

The goal of Psyche Inspired is to share the excitement, innovation and scientific and engineering content of NASA’s Psyche Mission through artistic and creative works. Students who were selected for the 2017-18 program created artistic and creative pieces including original compositions for piano, sculptures, painting, 3D models, photography, acrylic art, needlepoint, stop-motion films and mixed media — all inspired by the NASA Psyche Mission. 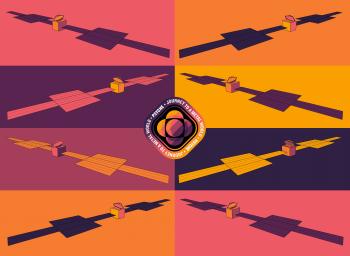 Students in the program also have the freedom to collaborate and explore different genres and media, as long as it adheres to scientific accuracy. Throughout the internship, students learn about the Psyche mission by talking to mission scientists and staff. Interns also meet in person or virtually to talk about their projects, ask questions, receive feedback and collaborate.

Caralie Cedarleaf, a 2017-18 Psyche Inspired intern and ASU senior majoring in sculpture, said of her participation in the program, “I've noticed a change in how I relate to projects that are bigger than just one person. Before, I was hesitant to get involved in things, fearful that I didn't have enough to offer. Now, I engage with new opportunities with my assets and skills in mind, not worried about what I'm lacking. I've become bold.” 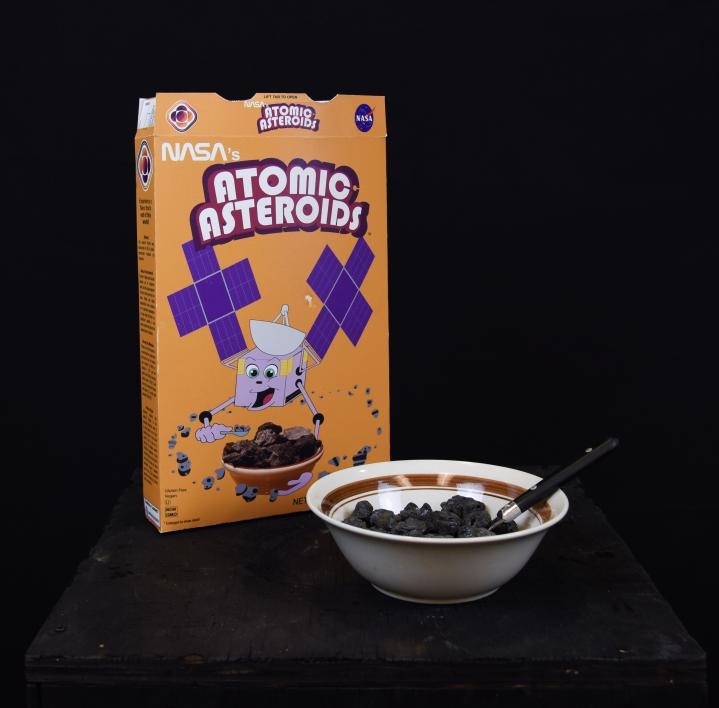 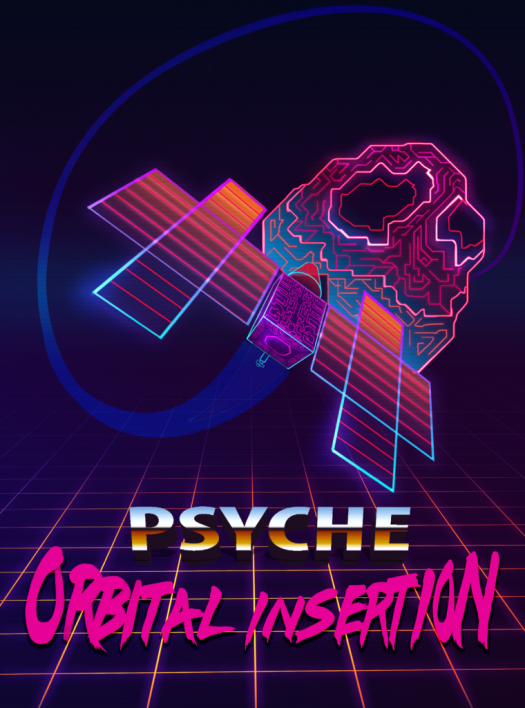 "Hypercolor Psyche" — Created by 2017-18 Psyche Inpsired intern Chris Vasquez using illustration in Photoshop. This rendition of Psyche is based on the neon hypercolor, ultra-futuristic styling of ’80s movie posters and artwork. 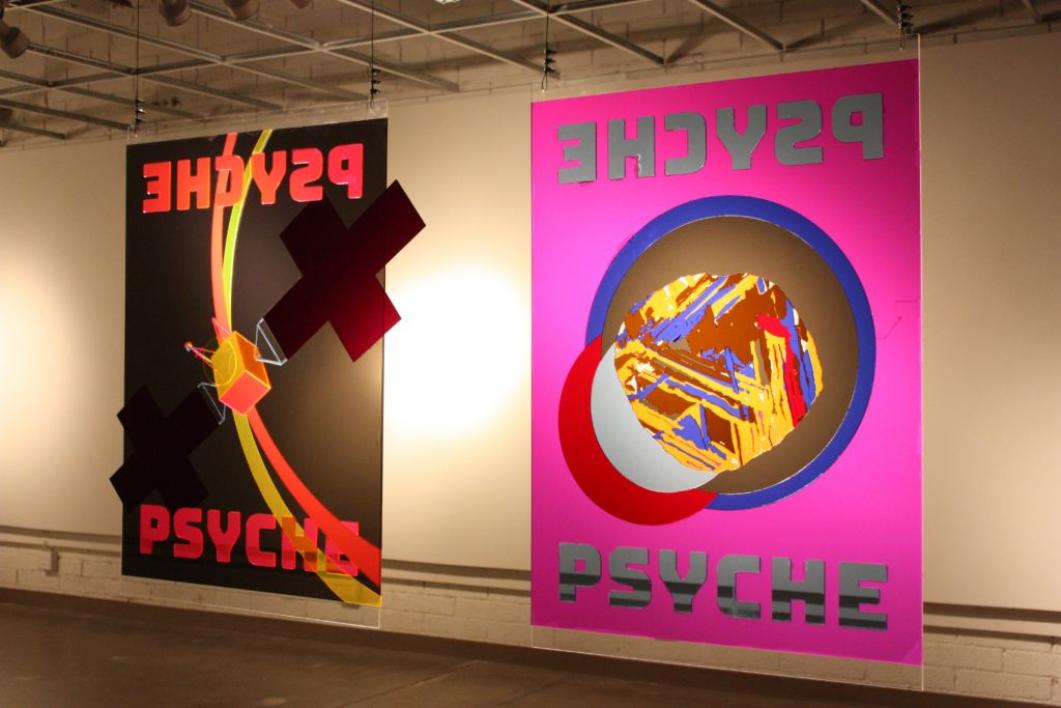 "Psyche Pop Art Posters" — Transparent acrylic posters created by 2017-18 Psyche Inspired intern Caralie Cedarleaf. A colorful image is cast behind each poster when lit from one side. 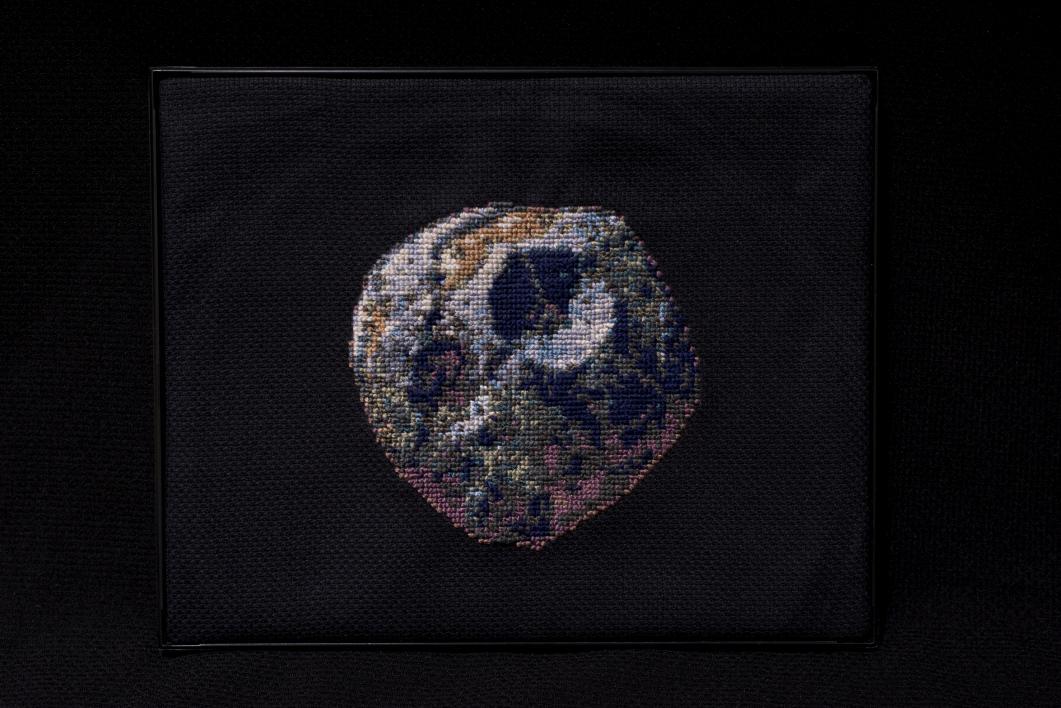 "Psyche Cross Stitch" — Created by 2017-18 Psyche Inspired intern Abigail Weibel on cloth and thread, based on the artist Peter Rubin's concept of the Psyche asteroid. "Psyche in Orbit" — A stoneware, iron thermite glaze platter created by 2017-18 Psyche Inspired intern John Domenico, who explored a glaze that utilizes the thermite reaction to create a surface that is primarily raw iron.

"A History of Space Exploration" — Created by 2017-18 Psyche Inspired intern Brianna Orrill on paper based on the Japanese art style of Notan. Designs and shapes are cut into black paper and reflected to the outside, creating a mirror image. The piece takes the overall shape of the Psyche spacecraft, while cut into the main structure is the history of space exploration.

Each Psyche Inspired intern selected for the 2018-19 program is expected to create at least one original creative work every two months, for a total of four works throughout the school year. In the spring, these works will be curated into a show on the ASU Tempe campus and online, as well as incorporated into a coffee-table book.

Up to 16 interns will be selected for the 2018-19 academic year: up to 10 interns from institutions nationwide and up to six from ASU. If selected for the program, students will be supplied with a stipend of $250 to purchase materials, such as art supplies, computer software and crafting materials needed to create their works. Selections for the 2018-19 academic year will be announced on Sept. 14.

Selection criteria includes the quality and originality of sample work submitted, as well as responses to interview questions and references. The selection panel will also look to include the best and widest range of creative genres and presentation styles.

“Psyche Inspired is unique because it really is for everyone,” says the program’s student manager, Brooke Owen. “It has challenged students from different backgrounds and majors to create original works that explain complex topics. Then, those original works become great outreach tools that allow the public to understand, and feel more connected to, the Psyche mission and space exploration as a whole.”

The Psyche spacecraft is targeted to launch in August 2022 and travel to the asteroid using solar-electric (low-thrust) propulsion, arriving in 2026, following a Mars flyby and gravity-assist in 2023. After arrival, the mission plan calls for 21 months orbiting the asteroid, mapping it and studying its properties.

The spacecraft's instrument payload will include a magnetometer, a multispectral imager, and a gamma ray and neutron spectrometer. The mission will use an X-band radio telecommunications system and will test a sophisticated new laser communications technology, called Deep Space Optical Communications (DSOC) that encodes data in photons.

The mission is led by Arizona State University. NASA’s Jet Propulsion Laboratory is responsible for mission’s overall management, system engineering, integration and test, and mission operations. The spacecraft’s solar-electric propulsion chassis will be built by SSL.

Manny Wilkins has been tabbed as one of the top-30 quarterbacks in the country entering the 2018 season, appearing on the Manning Award Preseason Watch List announced Thursday morning. ... Manny Wilkins has been tabbed as one of the top-30 quarterbacks in the country entering the 2018 season, appearing on the Manning Award Preseason Watch List announced Thursday morning.