Research on how adults deal with adversity has been dominated by studies claiming the most common response is uninterrupted and stable psychological functioning. In other words, this research suggests that most adults are essentially unfazed by major life events such as spousal loss or divorce. These provocative findings have also received widespread attention in the popular press and media. 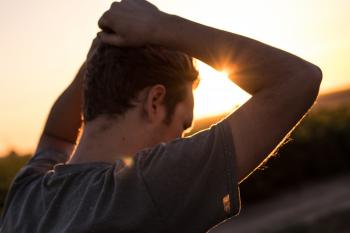 Experiencing a decrease in psychological functioning after a trauma is a common response, say two ASU researchers. Photo by Jeremy Perkins on Unsplash Download Full Image

The idea that most adults are minimally affected by adversity worries Frank Infurna and Suniya Luthar, of the Arizona State University Department of Psychology, because it could negatively affect people living through adversity. Infurna and Luthar closely examined the research studies and found problems with how they were designed and how the data were analyzed. The pair summarize the problems and re-evaluate adult resilience research in a new paper in Clinical Psychology Review.

A dip and recovery

Infurna and Luthar are an ideal team to tackle the discrepancy between studies on adult responses to adversity that contradict 80 years of research in child development. Infurna, an associate professor of psychology, is an expert on using complex statistical models to study health and well-being in adulthood and old age. Luthar, a Foundation Professor of Psychology, is an international expert on resilience in children, with 30 years of experience and highly influential publications on the concept of resilience and how best to study it.

“As experts, the onus is on us to be careful about how research is conducted and communicated,” Luthar said. “There has been a message percolating in the popular press that most people are unaffected by major life events like bereavement or a deployment, but that is not the whole picture.”

The project started over two years ago when Infurna downloaded publicly available data for re-analysis. The data had been analyzed using “growth mixture modeling” — a statistical model that can classify how different people in a population respond to adversity. After classifying the study participants into groups based on their response to adversity, the model outputs the response patterns for each group. 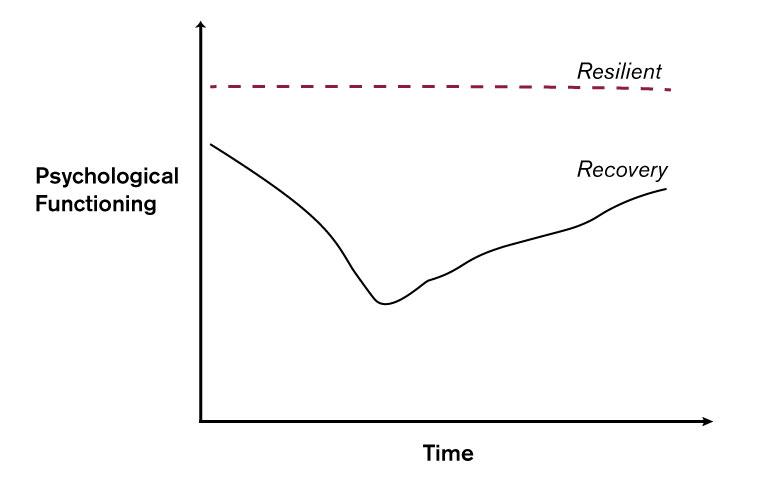 The graph shows some possible response patterns in adults following adversity. The top line (hashed) shows the response that has been reported as the most common. This flat line indicates that living through an adverse event causes minimal or no disruption to psychological functioning. When the data are analyzed with growth mixture models that are set up using appropriate assumptions, the most common response pattern after adversity is shown by the bottom line. The most common response to adversity is a decrease in psychological functioning followed by a return to normal or near-normal after a period of time.

Infurna and Luthar noticed the results depended on how the model was set up in the software used for statistical analysis. Setting up a model for data analysis requires a researcher to define some assumptions or educated guesses about aspects of the model — like how the data are organized or how much error was included in the experimental measurements. The assumptions identified as problematic by Infurna and Luthar were that the variations in the data were the same for the entire participant group and that the psychological functioning of all participants changed at the same rate. These assumptions also corresponded to the default settings in several software programs commonly used for statistical analysis. When the default software settings were used to run the growth mixture model, the most common response pattern was a flat line, which indicated stable and largely uninterrupted psychological functioning after adversity.

When the growth mixture models were set up with more appropriate assumptions, the researchers found the most common response pattern was a temporary decrease followed by an increase. Such a response pattern indicates a decline in psychological functioning followed by a return to normal, which agrees with 80 years of resilience research in children. This response pattern also agrees with the conventional wisdom that in general, most people struggle to some degree after a major life event and recover after a period of time.

“The idea that ‘It is okay to not be okay’ following adversity is important,” Infurna said. “Sometimes it can take months or years to recover after a traumatic or upsetting event because resilience depends on the person and the resources they have available to them, their past experiences and the type of adverse event.”

Life is multidimensional and so is resilience

How adults respond to adversity has typically been measured with longitudinal assessments or surveys that are repeated over a time interval like once a year. Many research studies have tracked just one psychological outcome, such as life satisfaction, positive or negative emotions or general physical health.

“How do you define doing well?” Luthar asked. “An individual’s response to adversity is multidimensional so that success in one area can coexist with considerable trouble in others. Just because a person is effectively meeting deadlines at work does not mean she is not struggling at home, perhaps crying herself to sleep or estranged from her partner.”

Infurna and Luthar recently examined how resilience depended on measures such as life satisfaction, negative or positive emotions, general health or physical health. When just one measure was considered, the percentage of people classified as resilient was high, ranging from 19 to 66 percent, but when all measures were considered, only 8 percent of the adult participants were resilient.

Child development researchers have solved the problem of defining resilience by qualifying different types. For example, children who have lived through adversity and are functioning well in school are described as having “academic resilience.” Researchers are also careful not to generalize a child’s performance in school to how they might be functioning in other aspects of their lives.

The way forward for adult resilience research and its applications

In the Clinical Psychology Review paper, Infurna and Luthar's main goal was to prevent the misinterpretation of what a common response to adversity looks like. The correct model is typically some decline followed by an increase back towards normal.

Infurna and Luthar made several recommendations to improve adult resilience research in the future, in addition to changing the assumptions used with growth mixture modeling. They also encourage researchers to assess more than one measure of psychological functioning and to administer longitudinal surveys at more frequent time intervals.

“It is very important for the public and for policymakers to know what a normal or common response to adversity is,” Luthar said. “This knowledge can help people avoid self-blame when they are hurting or have a setback in the aftermath of a major loss or other traumatic events. And it can help clinicians and policymakers continue to provide support resources that are often critical in helping adults overcome major life adversities.”

Now in its second year, the Teach English Now! conference focused on the “future of language learning” to encourage participants to share innovative solutions to language learning in their home countries. The conference allowed participants an opportunity to collaborate with professional TESOLTESOL stands for teaching English to speakers of other languages. teachers from around the world, discussing intersectional topics on technology, blended and flipped classrooms and personal learner stories. 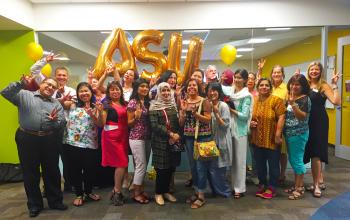 Along with the conference, 15 attendees participated in the Teach English Now! practicum taught by Global Launch international educators Shane Dixon and Jessica Cinco, earning a TESOL certificate upon completion.

"The concept of 'traditional education' has been rapidly changing with the constant and continual creation of new technology," Dixon said. "Language educators are finding new, unique ways to enhance classes, whether courses are taught in the traditional classroom or online. This conference allows educators to reflect on all the ways in which they ignite learners to engage in language learning through technology and explore exciting possibilities for the future.”

This year’s conference, held from Aug. 2–4, included 55 participants from more than 20 countries. Of the attendees, 22 participants presented, including Allison Sobol from the Council on International Educational Exchange.

At the end of the program, Global Launch recognized the work of Nancy Biddington, an international educator from Canada for the 2018 TEN! Outstanding Achievement Award.

According to Dixon, “Nancy’s work with underprivileged Haitian youth and Syrian refugees represents the values that best represent Teach English Now!: commitment, courage, community, and competence. During her time at the conference, Nancy not only sought to improve her own pedagogy, but she extended a helping hand to other teachers, bringing advice and ideas to group conversations, demonstrating a willingness to connect to teachers globally.” 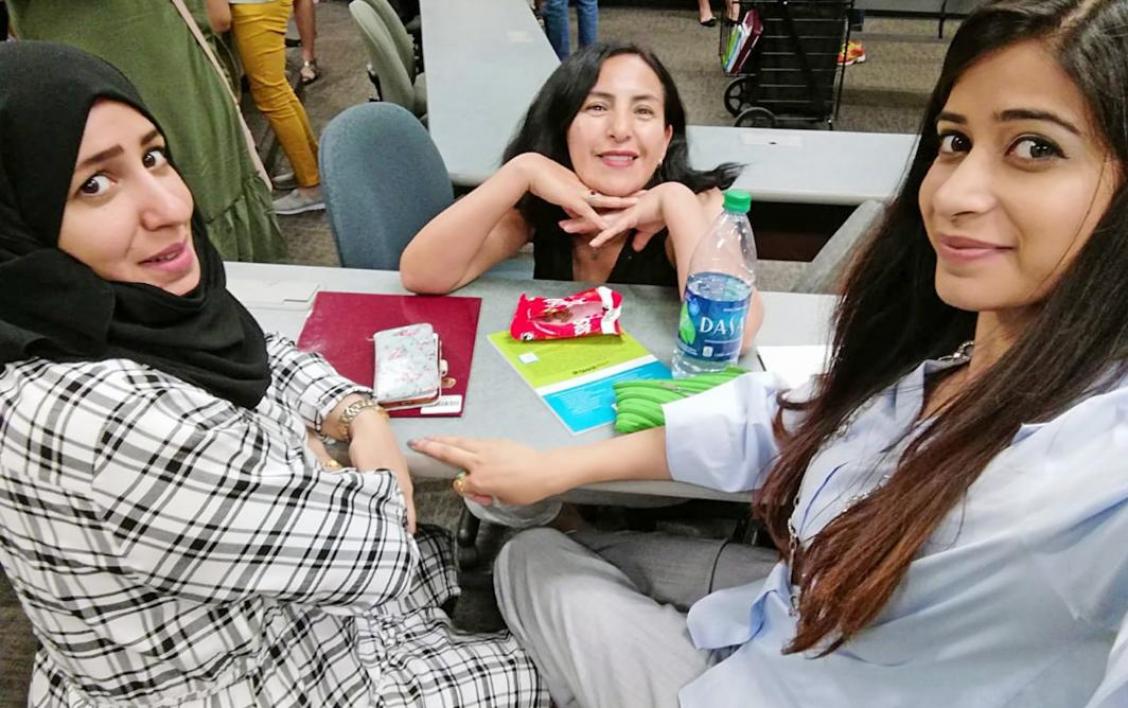 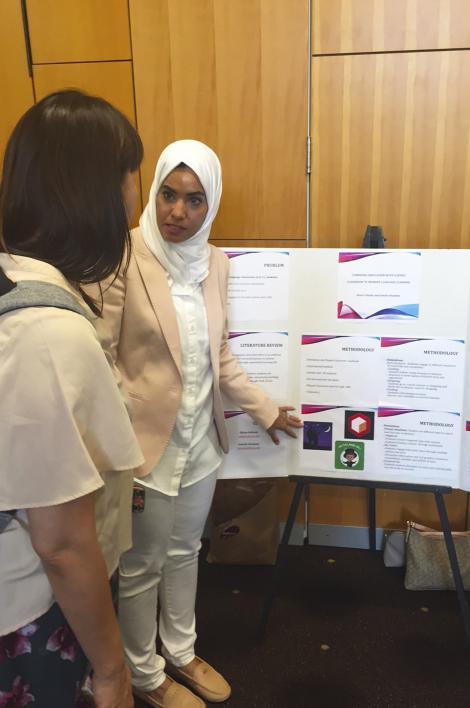 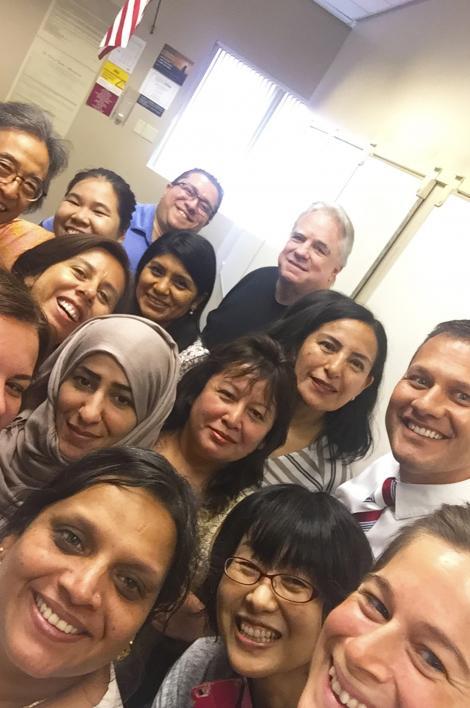