While advances in forensic science have helped convict many guilty people, the FBI is finding that in some instances the science has been overstated, leading to wrongful convictions.

One area of forensics, in particular, is now under heavy scrutiny: hair microscopy. A groundbreaking review conducted from 2012 to 2015 by the FBI, the Department of Justice, the National Association of Criminal Defense Lawyers and the nonprofit Innocence Project revealed significant flaws in statements regarding the analysis of crime-scene hair before 2000, when more-precise mitochondrial DNA testing became standard forensic practice. 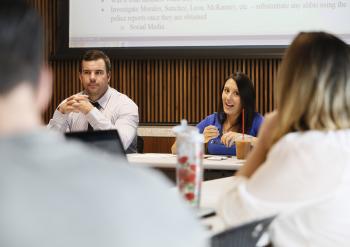 After finding fault with testimony from its own analysts in over 90 percent of the reviewed cases, the FBI sounded a nationwide alarm. The agency notified state governors and crime labs of its concerns, urging a review of all cases that involved such evidence.

The task force recently received a grant from the National Institute of Justice for about $500,000 to review Arizona cases where hair microscopy was used to make an identification. The two-year project, which will be overseen by the state’s Arizona Criminal Justice Commission, began in May and will involve documenting the results of the review and any exonerations that occur, and recommending policy changes.

Katherine Puzauskas, the legal supervising attorney for ASU Law’s Post-Conviction Clinic, says the FBI review revealed two significant flaws that both played a role in false convictions. Hair microscopy itself is a limited discipline, and experts routinely gave testimony that overstated the findings.

“Hair microscopy is not a perfect science,” she said. “We know today that we can’t make an absolute identification looking at hairs under a microscope. But forensic analysts, back before we had the benefit of DNA testing, I think they felt more sure in their results than we do today.”

Although defense attorneys are traditionally pitted against prosecutors and law enforcement, all sides are working together to help exonerate those wrongfully convicted on faulty hair evidence.

Lindsay Herf, executive director of the Arizona Justice Project, said that cooperation — particularly from crime labs throughout the state — is playing a vital role in reviewing the hair cases.

“There have been thousands and thousands of convictions in Arizona, dating back to when hair microscopy was used,” said Herf, who assisted with the FBI’s review from 2013 to 2015. “But we have no idea which defendants and which cases those are without the help of the crime labs going through their cases and telling us the ones that they have, or at least have a record of.”

Big cities such as Phoenix, Tucson, Mesa and Scottsdale have their own crime labs, Herf said, while the Arizona Department of Public Safety crime lab takes cases from all over the state. She said the DPS lab was the first to go through its files, identifying about 220 cases from the last 30 years where hair microscopy was used to help implicate a defendant. And the city labs are also conducting reviews. But records weren’t computerized until the late 1980s, so the task force searched through the Arizona Department of Corrections records for anybody incarcerated for a crime committed before 1989. That yielded about 280 more cases, which are currently being reviewed to see if hair evidence played a role.

And as Puzauskas explained, identifying the cases is just the first step in a long and labor-intensive process. Students from the ASU Law’s Post-Conviction Clinic will then play a big role assisting the task force with case review.

“It takes awhile, one, for the crime labs to review their lab reports,” she said. “And then we need to go through all of those cases to determine: Was there a conviction? Was the conviction pursuant to a plea agreement or did the person go to trial? If they went to trial, was there testimony on the hair? If so, what was that testimony? Were there errors made? Is there a claim of innocence? If there is a claim of innocence, we need to determine whether the evidence is still in existence. And all of that takes a lot of time to go through.”

About the Post-Conviction Clinic

Robert Dormady, an ASU Law faculty associate and clinical attorney who helps supervise the Post-Conviction Clinic, said it serves a critical role as a last line of defense for the wrongfully convicted.

“After all appeals have been exhausted, we are the last front for a lot of these folks,” he said. “They’ve been forgotten, there’s no more appeals, there’s no more guarantees to counsel, and they’re relying on us to make heads or tails of their claim.”

The clinic focuses on claims of innocence, along with claims of manifest injustice, which include excessive sentences or mistreatment in prison, such as failure to provide adequate health care. The Arizona Justice Project conducts an initial vetting of cases and then passes them along to the clinic, where Puzauskas, Dormady and the students begin a thorough investigation to determine if a claim has merit and, if so, the best legal path to pursue.

“What’s great for the students is this is post-appeal, so we give students sort of a 30,000-foot view of what a criminal case looks like,” Dormady said. “From the commission of the offense, the night the crime occurred, all the way through the police investigation, the charging phase, pretrial, trial, appeals and any other kind of collateral proceedings.”

Dormady said that gives students a very good look at the entirety of the criminal justice process.

How the grant will help

Herf said the Arizona Justice Project gets hundreds of requests for help from inmates every year.

“So the bulk of our work is working on the caseload that just comes to us anyway,” she said. “And whenever there have been these retrospective reviews of forensic evidence, that now we know wasn’t as reliable as perhaps it was portrayed as being, there’s often an exoneration. So I think with the commission of the project to identify and exonerate a person who was convicted in Arizona, this grant is allowing us to have the financial resources to set aside the time to do this.”

Identifying and reviewing the cases requires a lot of work. And once the cases are found, there needs to be more testing.

“If we have someone saying they’re innocent, and we have evidence that can be tested, then the testing is going to cost money,” Puzauskas said. “So part of the funding is going to be used for post-conviction DNA testing.”

And considering what’s at stake, Puzauskas said, the importance of the grant money can’t be overstated.

“Without funding, we would not be able to do this systematic review of cases in Arizona,” she said. “This review is extremely important to be sure there are no innocent people in prison and to ensure criminal defendants receive a fair trial.”

Wrongful convictions, Dormady said, are the biggest failing of the criminal justice system.

“Hardly anything rivals somebody who has been convicted and having their liberty, their family, their career, their children, everything taken away from them for something they did not do,” he said. “It’s a tragedy for the person who it happens to, it’s a tragedy for the victim and their family, because the perpetrator is still out there. There is no justice — it’s a complete failing of the criminal justice system. And it’s so hard to unravel a conviction once it’s been finished and once appeals have been exhausted. When I say these people are forgotten, I really do mean that.”

Arizona State University's Hugh Downs School of Human Communication has announced that Benny LeMaster, assistant professor of communication, has recently joined the faculty at the school.  LeMaster earned their PhD from Southern Illinois University Carbondale where they completed their dissertation titled “Queer Intersectionality: Queering the Limits of Identity Studies in Critical Intercultur...

Arizona State University's Hugh Downs School of Human Communication has announced that Benny LeMaster, assistant professor of communication, has recently joined the faculty at the school. 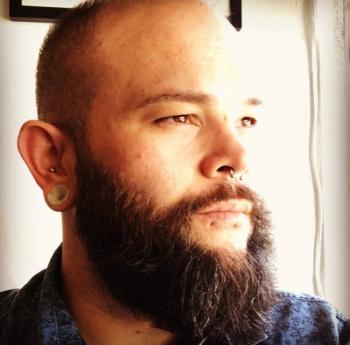 "We are delighted to welcome Dr. LeMaster to our school,” said Daniel Brouwer, associate professor and chair of the faculty search committee. “In their research and creative activities, Dr. LeMaster is one of the few scholars in communication studies who works at the convergence of performance, rhetoric, and intercultural communication, from both critical and interpretive perspectives. Further, Benny has extensive teaching experience, and we look forward to their contributions to our coursework in gender and sexuality studies, culture and intersectionality, and much more."

“I am excited and honored to join the Hugh Downs School of Human Communication’s vibrant community of learners, thinkers, and creators that I have long admired,” LeMaster said. “Moreover, I am thrilled to teach Performance, Identity, and Human Communication (COM 442) in the fall where we will learn theories of performance and perform theories of identity.”