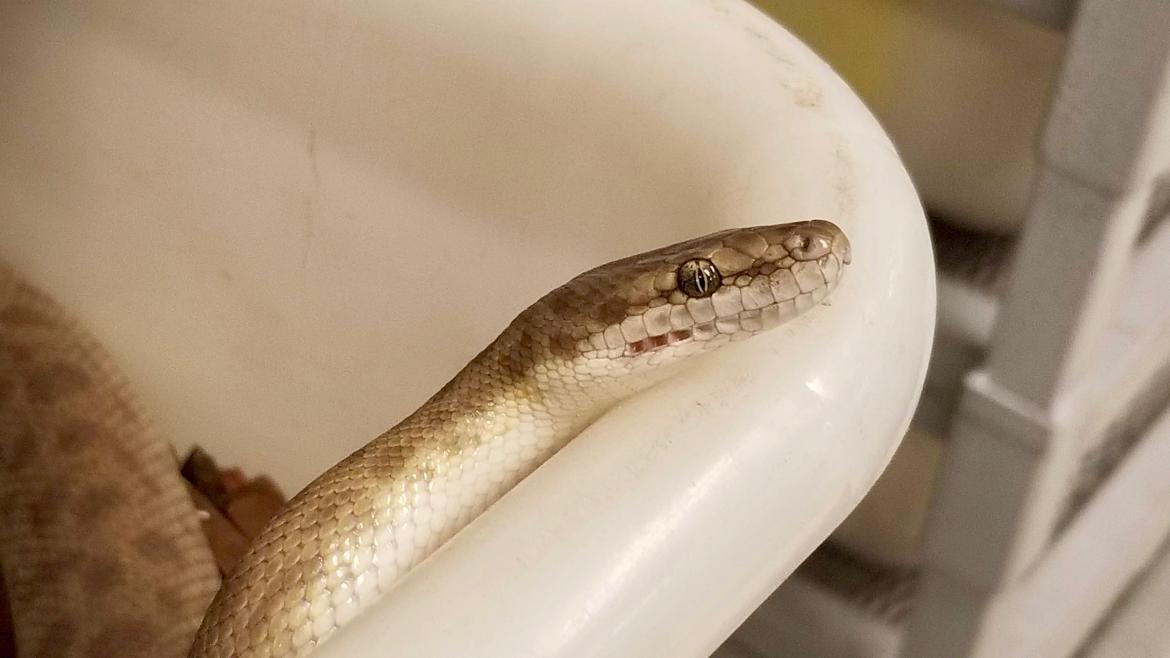 Water is vital for life.

But as our climate changes, the availability of water is also changing, leaving animals with limited or unreliable supplies of this critical resource.

However, a new Arizona State University study published in the journal “Proceedings of the Royal Society B — Biological Sciences” shows for the first time that animals may be able to use their own muscles to get water when it’s not available. Researchers from ASU and the Centre d'Etudes Biologiques de Chizé in France teamed up on the project and the findings were published June 27.

"We know about the importance of fat reserves to fuel the energetic costs of reproduction. But what about water? Our study shows that during reproduction, muscle metabolism is linked to the water requirements of developing offspring. Fat is only about 10 percent water, whereas muscle is closer to 75 percent, so burning muscle will release extra water,” said George Brusch IV, lead investigator for the project and doctoral student at ASU. “From an evolutionary perspective, the concept of capital breeding — or using stored resources to fuel reproduction — is currently restricted to energetic needs. We propose that this should extend to a broader, multi-resource strategy that also includes water allocation."

The researchers looked into this concept by studying the effects of water deprivation on the reproductive efforts of female Children’s pythons, a medium-sized snake that reproduces during the dry season in Australia, where natural water sources are extremely limited. They found that muscles play an important role in providing water to the body when none is available.

"Female Children’s pythons can change how they use internal resources based on limitations in the environment,” Brusch said. “Understanding exactly how animals cope with resource restrictions will help scientists predict whether the animals might be impacted by future climate change, where, in many regions, rain is expected to be less reliable,” said Brusch, a doctoral candidate in the School of Life Sciences biology PhD program.

During the study, the researchers paired pregnant Children’s pythons with similarly sized nonreproductive females. During a three-week period when the snakes were pregnant, only half of the pairs had access to water. Reproductive females, both in the lab and the wild, don’t eat during pregnancy and rely on internal reserves such as fat and muscle for their energy needs.

The scientists then measured the by-products of burning fat and muscle such as ketones and uric acid, as well as muscle size and impact on the snakes’ eggs and clutch sizes. The animals without water burned more muscle than fat to meet their water requirements. In addition, the animals without water laid a similar number of eggs per clutch, but their eggs weighed less and the shells were thinner.

Brittany Kaminsky, an ASU student researcher on the team, just graduated from the School of Life Sciences with a Bachelor of Science degree in neurobiology, physiology and behavior. Kaminsky, who will attend U.C. Davis School of Veterinary Medicine in the fall, coordinated much of the project.

“I think what was most interesting about our results is that dehydration can play complex roles in reproduction, such that it affects other body systems. I feel, at the organism level, a single ailment can manifest in a variety of ways, and I think this is valuable information that I will carry with me into my veterinary career,” Kaminsky said. 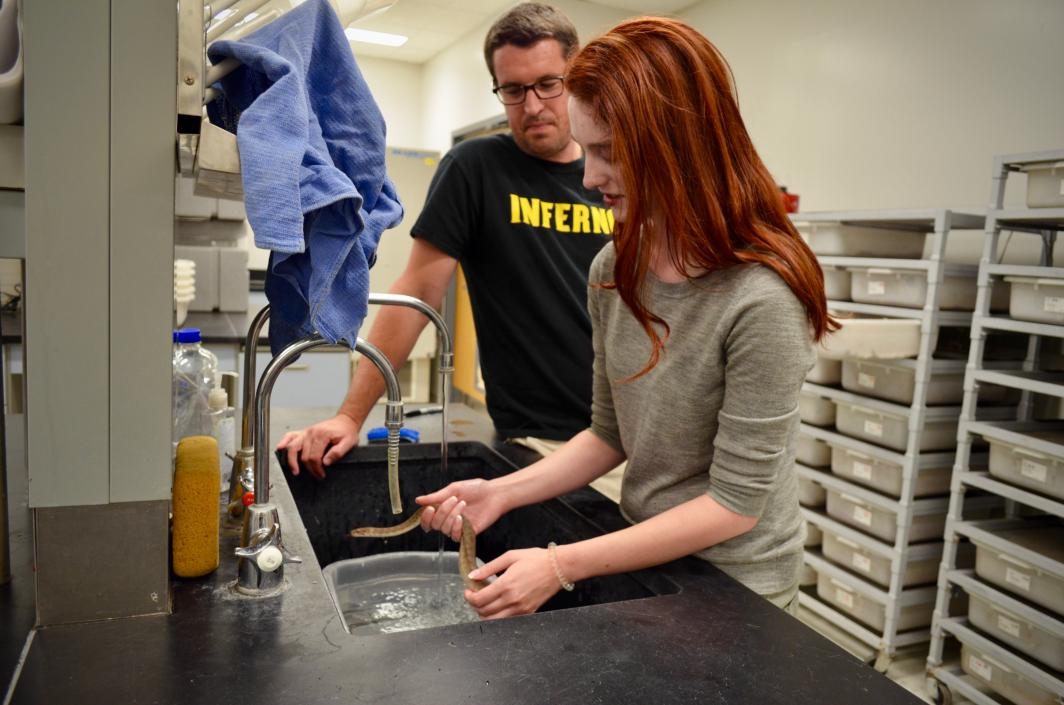 Undergraduate researcher Brittany Kaminsky and doctoral candidate George Brusch IV give a Children's python a bath. The snakes are originally from a humid region in Australia. Because Arizona's air is so dry, bathing the snakes helps them completely shed their skin. 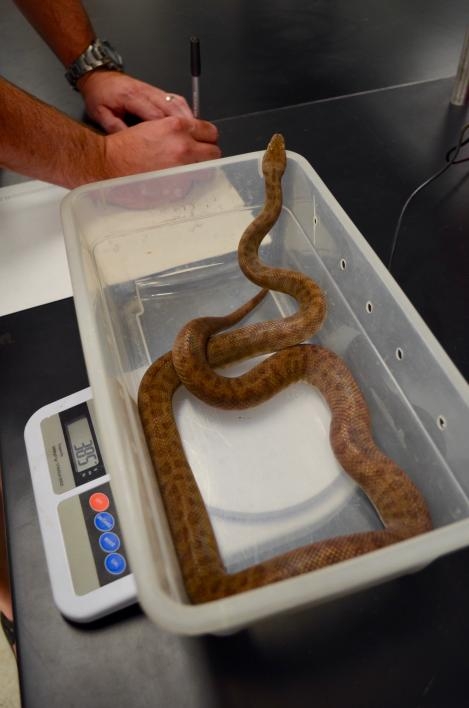 Researchers from ASU and the Centre d'Etudes Biologiques de Chizé in France show for the first time that animals may be able to use their own muscles to get water when it’s not available. In a study of Children's pythons, the researchers discovered that the snakes can change how they use internal resources based on limitations in the environment. Children's pythons are found in northern areas of Australia. This nonvenomous snake is relatively small, growing to about three feet in length. These snakes are popular pets and may live up to 30 years.

“Few of my peers have had the opportunity to train a team of other undergraduates or learn some of the technical skills I developed throughout the course of the study, such as cardiocentesis and ultrasound,” Kaminsky said. “Dr. Dale DeNardo and George were both there when I needed guidance, but they also gave me a lot of space to learn on my own and grow as a scientist. I couldn’t have asked for better mentors.”

Most animals need steady access to water in order to survive, especially during reproduction, and the authors suggest that using muscle as a water store may be a widespread phenomenon.

“Our enhanced knowledge regarding the relationship between hydration and reproductive investment will also enable us to better understand global responses to water limitations and change the way scientists approach reproductive investment in ecological contexts, which, in the past, frequently ignore water and focus solely on energetic resources," said Brusch.

Some civilizations build Gothic cathedrals, and some build huts.It’s the same with ants, at least from an evolutionary context, but having a diverse group of builders might lead to superior structures.Researchers at Arizona State University discovered that ant colonies with a mix of large and small workers build better nests than colonies with only small or large workers. Mixed-size groups built... 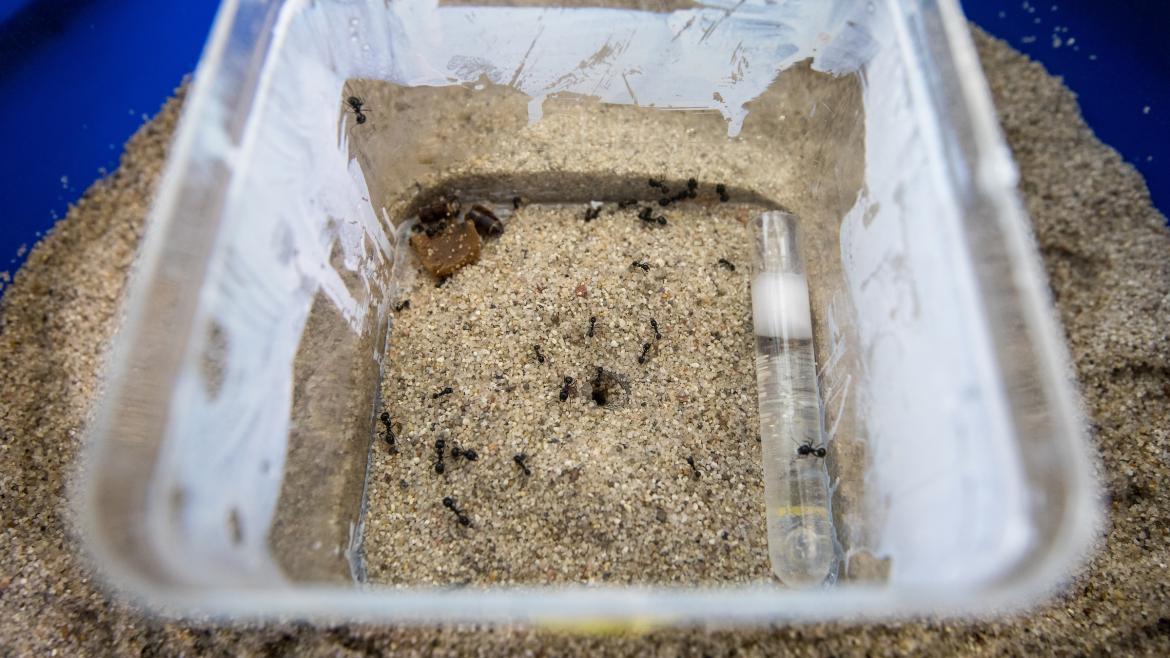 In the ant world, a mix of worker sizes leads to building superior nests

Some civilizations build Gothic cathedrals, and some build huts.

It’s the same with ants, at least from an evolutionary context, but having a diverse group of builders might lead to superior structures.

Building a new home quickly has a lot of advantages, said Christina Kwapich, lead author of a new study on the subject.

Any colony that can get under the ground faster has an advantage in a hot arid environment like the desert, especially when a colony is new. All ant colonies start with one or two queens. When their first workers emerge, they usually move. After about a year, a colony with a worker group of different-sized ants will move the little empire a few yards away. It’s a vulnerable time.

“When you have a mixed group of worker sizes, the nest develops more rapidly,” Kwapich said. “The rate at which the nest is built is much higher when you have multiple sizes working on it. That’s important for a desert-living species, particularly this one which is prone to desiccation. They build multiple new nests sometimes in a year — they might move their whole colony — or they might build a nest and attach it on to their existing nest structure.”

“People think there must be some kind of a function, so people have tested different ideas,” she said. “They looked at whether large workers collected large seeds and small workers collect small seeds but there’s no real evidence there’s a division of labor during foraging. We see that both sides dig the nest, so there’s no real division of labor in terms of who’s doing what.”

One of the goals of the study was to see if the workers’ sizes influenced anything at the colony level.

“It’s clear that when colonies have these different size distributions, then this very important colony-level trait — nest architecture — is being affected,” she said. 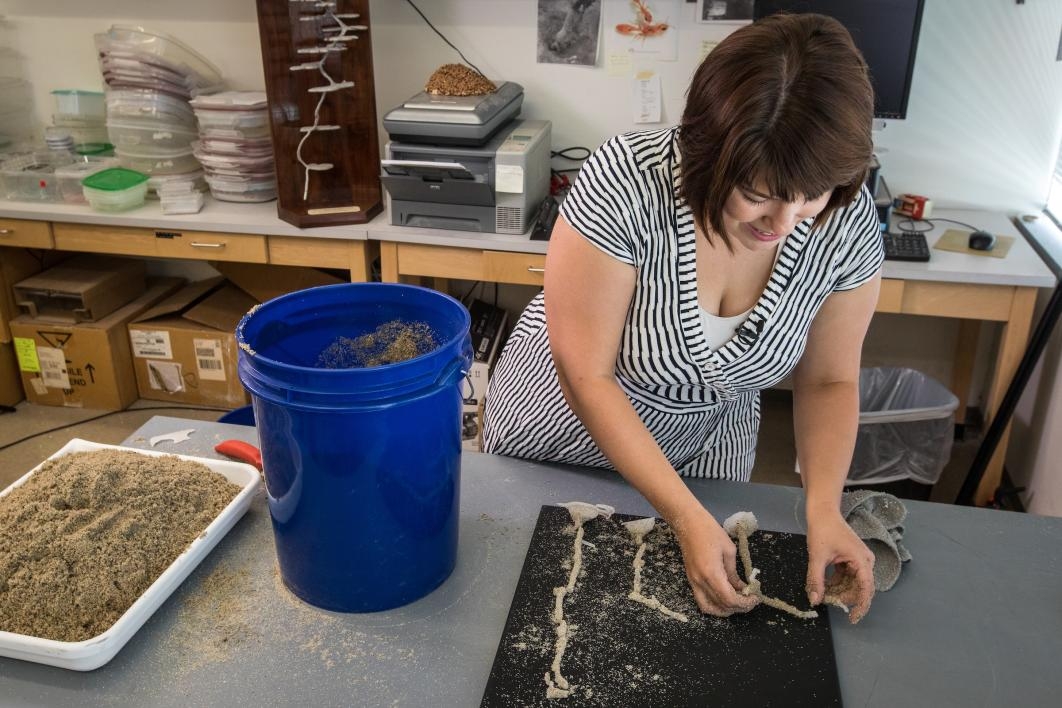 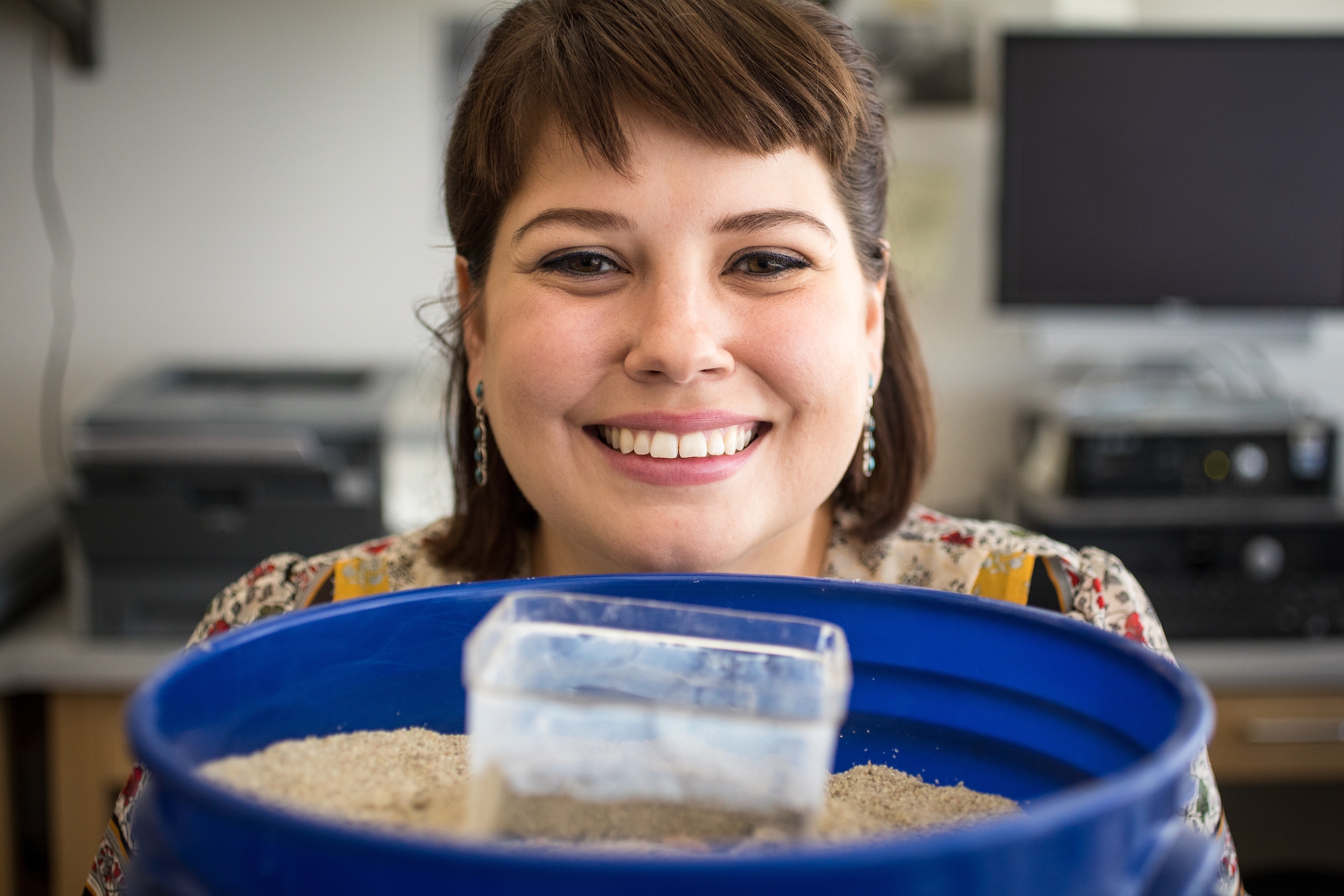 A more elaborate nest does a lot for the colony. Think about a family of four crammed in a one-bedroom apartment and the same family in a five-bedroom house with a yard and a pool.

Nests in general have been shown to have all kinds of physiological properties: They’re an extension of the colony itself. They are fortresses, defending the colony, and factories, where labor is organized with young workers at the bottom and old workers at the top. Different chambers have different functions, such as storage or processing. Leaf cutter nests have ventilation shafts.

“In the case of subterranean ants, we know very little about what the real function of different features of the architecture is, so how variation in architecture might influence the way that the colony processes seeds or defends itself, we don’t know,” Kwapich said.

The study was published in Philosophical Transactions of the Royal Society B last month. Co-authors were Gabriele Valentini and Bert Holldobler.

Top photo: Postdoctoral research associate Christina Kwapich replicates her study, "The non-additive effects of body size on nest architecture in a polymorphic ant," on July 25, 2018. Groups of 60 ants had 48 hours to build their nest colonies in 5-gallon buckets filled with sand. Photo by Charlie Leight/ASU Now