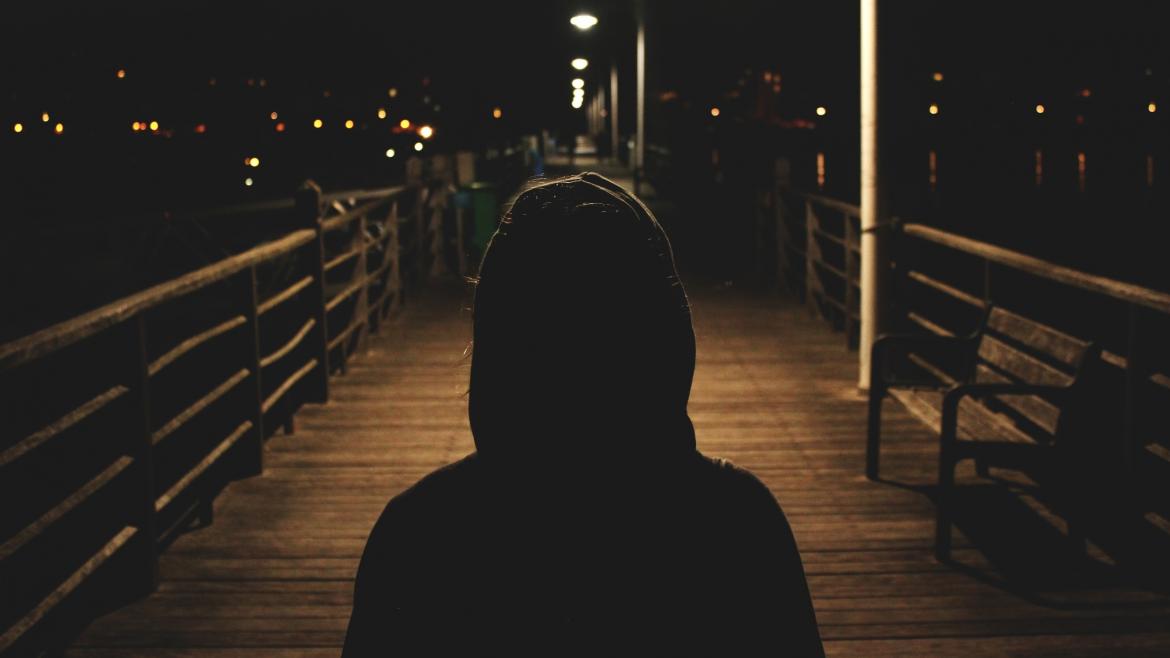 It has become routine.

Reports come in on another mass shooting. This time it’s at a school. A church. A newsroom. Politicians express their deepest sympathies and the grieving public offers their thoughts and prayers.

Then the questions begin. What was the perpetrator’s motive? Should he have had access to guns? Did he have a history of domestic violence or any mental health issues? And the question that begs to be answered most: What can we do to stop this?

Ronald O’Donnell is a clinical professor in Arizona State University’s College of Health Solutions, a psychologist and the founding director of the college’s Doctor of Behavioral Health program. He shared with ASU Now his thoughts on what public policy efforts, in the realm of mental health, could be pursued to encourage a decline in these events. 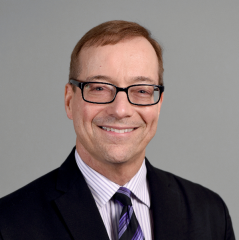 Answer: There is a tremendous gap between the prevalence and need for mental health services and treatment resources to meet this demand. The 2018 Mental Health in America report that pools national data found that 18 percent, nearly 43 million Americans, have a mental health condition, but fewer than half have received treatment. On average, it takes 10 years between the onset of mental health symptoms and when someone begins receiving treatment.

Among young adults, the extent of the problem is getting worse — rates of severe youth depression have increased over the past five years; half of all youth screened report thinking about suicide or self-harm and over 76 percent of youth with severe depression do not receive treatment. There is a shortage of mental health providers to meet these growing needs.

Q: In your ideal world, what additional policies, laws, services, resources, programs or funding would exist to support access to mental health care, particularly for those who are compelled toward violence?

A: The American Psychological Association (APA) published a report on gun-violence prediction, prevention and policy that found gun violence is a complex, multifaceted problem that requires improvements in four broad areas:

Q: Many of the recent mass shootings were perpetrated by young men. Does the mental health crisis disproportionately affect this demographic? What services or policies could be enacted to support youth who are struggling?

A: The mental health crisis certainly affects young adults disproportionately, so in that respect the answer is yes. However, research also shows that only 15 to 23 percent of mass shooters had a diagnosed mental health condition.

There are stronger predictors of mass shooting for men. One is domestic violence. Nearly 60 percent of mass-shooting perpetrators included a spouse or other family member among the victims. A sense of grievance by the mass shooter that he has been wronged by an individual or demographic group (women, minorities) is common. Men who commit mass shootings may have failed to achieve romantic or financial success associated with societal expectations for masculinity. A distorted view of masculinity may emphasize expression of aggression by men in response to stressors, and these same views may discourage men from seeking professional help as a sign of weakness or vulnerability. A desire for notoriety is also common among mass shooters.

In terms of services and policies to support struggling youth at risk for gun violence, the APA report recommended that psychologists develop interventions that can change distorted views of masculinity that encourage aggression and violence. There are current programs designed to promote new social perspectives on masculinity. Public health campaigns can encourage help-seeking by distressed young adults. Interventions for at-risk families and prevention require a developmental perspective and help for parents to raise emotionally healthy children and identify those at risk.

A: A recent study in a journal of epidemiology summarized the evidence for firearm legislation in preventing gun violence based on a review of studies worldwide. The researchers studied different types of legislation such as laws on sales and ownership, storage, specific types of firearms and ammunition. This study concluded that laws targeting a combination of firearms restrictions is associated with reduced firearms deaths. Laws that restrict gun purchases such as background checks and limit access such as safer storage of firearms are associated with reduced intimate-partner homicides and unintentional deaths of children by firearms.

The government can play an important role in supporting research by creating a national database for reporting violent death, and additional research on causes and prevention of gun violence. However, current state and federal restrictions limit or discourage research on gun violence.

Guns — few issues evoke as much passion and raw emotion from almost all corners of society. No matter what your opinion of them is, they are a defining part of what it means to be an American. Whether you view guns as a public-safety issue, a constitutionally protected right or both, their place in our society provokes strong reaction and heated debate. Despite those polarizing debates, addressi... 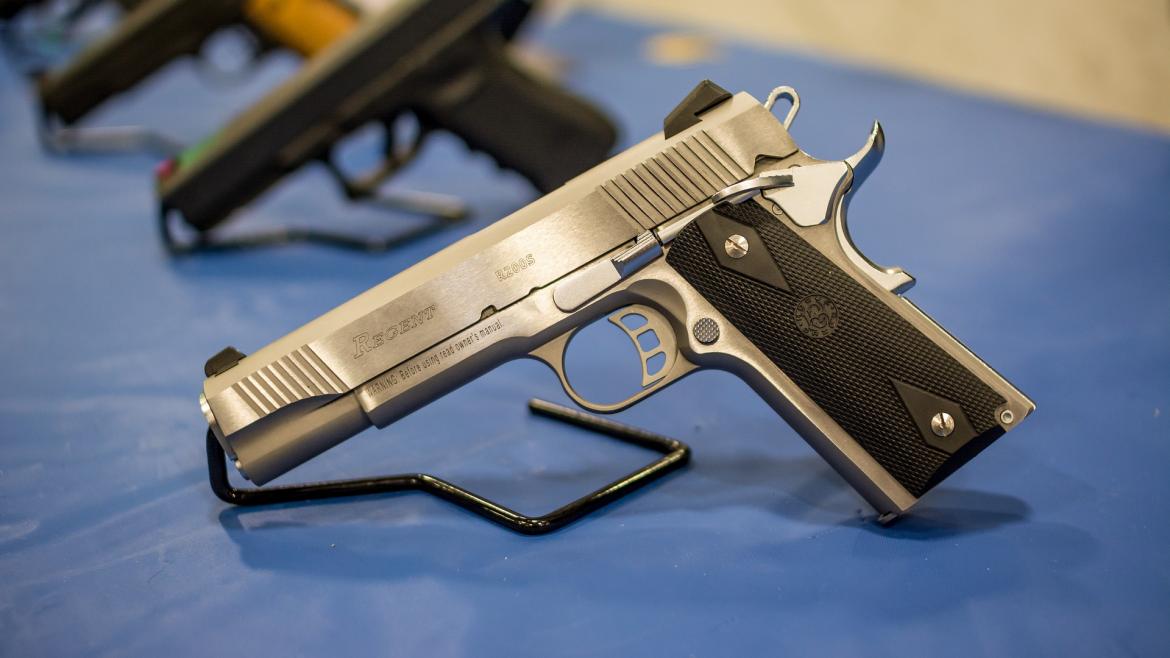 ASU experts across a variety of fields talk about the many challenges we face when it comes to mass shootings, protecting the 2nd Amendment and public safety

Guns — few issues evoke as much passion and raw emotion from almost all corners of society. No matter what your opinion of them is, they are a defining part of what it means to be an American. Whether you view guns as a public-safety issue, a constitutionally protected right or both, their place in our society provokes strong reaction and heated debate.

Despite those polarizing debates, addressing gun violence is not black-and-white, but instead nuanced and multifaceted. And people with good-faith, honestly held opinions on both sides of the issue may end up feeling equally uncomfortable with possible solutions.

Here, Arizona State University experts from a variety of disciplines, including law, education and design, weigh in on the issues regarding gun violence and mass shootings.

Does the Second Amendment really stand in the way of meaningful gun regulation in the United States? The answer has not been forthcoming from the Supreme Court, which hasn’t heard a Second Amendment case in almost a decade. ASU Now turned to Paul Bender, a professor of law, constitutional law expert and dean emeritus of the Sandra Day O'Connor College of Law, to find out what it would take to enact major gun reform.

Addressing our knowledge gaps about firearm injuries and deaths

Sometimes, it's hard to admit that we don't have all the answers, especially when it comes to gun violence. Which is where research comes in. Jesenia Pizarro, an associate professor in ASU’s School of Criminology and Criminal Justice, is one of 20 researchers from a dozen universities and health-care organizations taking part in an interdisciplinary study on firearm injuries and deaths of children and teens. ASU Now spoke with Pizarro to learn more about what questions the study hopes to answer.

Adapting learning spaces for a culture of safety

For insight on the discussions taking place on the future of school design in light of school shootings, ASU Now turned to Philip Horton, assistant director and head of architecture at the Herberger Institute for Design and the Arts, with a few questions.

ASU English Professor James Blasingame strongly believes that books are a “roadmap to life” for young adults that can be used to explore the causes and impact of teen violence and school shootings. That’s why he’s devoting time to developing a curriculum for young adult readers so that educators and students can have dialogue on issues such as gun control, bullying, mental health and school climate.

Sarah Lindstrom Johnson, an assistant professor in the T. Denny Sanford School of Social and Family Dynamics, has been researching school climate for years. A former high school teacher in Baltimore, she studies school environments and how they affect student learning. "It involves thinking about school shootings as part of a bigger puzzle of supporting students’ social-emotional needs," she said.

Schools are increasingly staking their hopes on high-tech security systems originally developed for the military, police and private industry. Many public schools now have resource officers, metal detectors and security cameras; practice lockdown drills and active-shooter training; and have expanded mental health screening and on-campus counseling. While all of those measures are necessary, they’re still not sufficient, said Carl Hermanns, a clinical associate professor in the Mary Lou Fulton Teachers College.

Any news organization could tell you that guns are almost always a timely topic. Hardly a year has gone by over the past decade when there wasn’t a mass shooting, and in 2018 alone, there have already been several major incidents. Sherry Towers, a statistician, modeler and research professor at ASU, began her academic career studying the spread of disease in populations. As incidents of mass shootings began to occur more frequently in the U.S., she wondered if contagion might have something to do with it.

Mental health and gun violence — is there any action we can take?

It has become routine. Reports come in on the news of another mass shooting. This time it’s at a school. A church. A newsroom. Amid the grief and the rhetoric about gun control and mental health, one question surfaces: How can we prevent this? Ronald O’Donnell, a clinical professor in ASU's College of Health Solutions, shared with ASU Now his thoughts on what public policy efforts, in the realm of mental health, could be pursued to encourage a decline in these events.

Tucked inside the University Services Building adjacent to ASU's Tempe campus is a small office with a big job: to prepare the university for major emergencies. Built from the ground up by a former assistant police chief and military veteran, the Office of Risk and Emergency Management in its short existence has transformed the university’s incident-response structure from an additional duty within the ASU Police Department to a full-time operation benchmarked by other institutions.