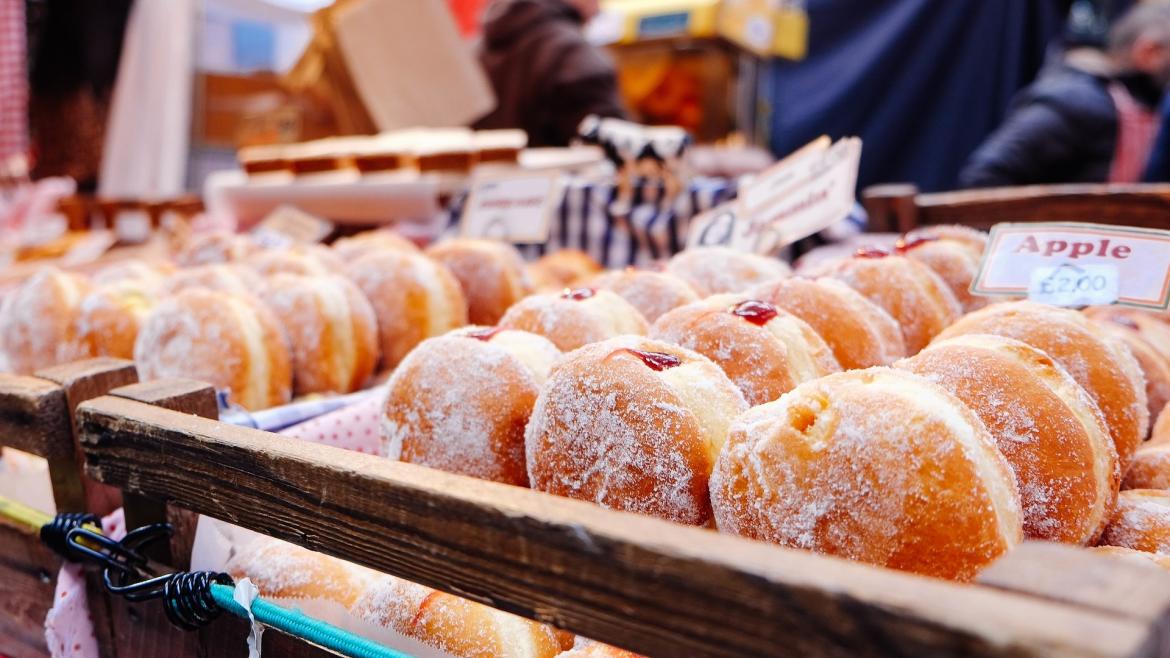 Ban on trans fat takes effect in US, but global eradication could be tough

Beginning Monday, all food in the United States must be made without trans fat, the culmination of a multiyear campaign to eradicate the harmful ingredient.

Trans fat, also known as partially hydrogenated vegetable oil, is an industrially produced additive that most people know as margarine, shortening or other solid fat. Decades ago, it was commonly used in processed foods, especially cookies and baked goods, to extend shelf life and produce a pleasing texture.

In the 1990s, researchers began to link trans fat to health problems, including deadly high cholesterol. As the evidence began to accumulate, the U.S. Food and Drug Administration required the food industry to declare the amount of trans fat on food labels in 2006, and nine years later, the agency banned manufacturers from adding trans fat to any products by June 18, 2018. Most food processors eliminated the ingredient years ago. In 2008, McDonald’s stopped cooking its french fries in oil with trans fats.

Many other countries also have banned trans fats, including Canada, England and Denmark. But they are still widely used in developing countries, where they contribute to high rates of cardiovascular disease.

Because of that, the World Health Organization (WHO) recently launched a campaign calling for trans fats to be eliminated from the global food supply by 2023, potentially saving 10 million lives.

Chenarides answered some questions from ASU Now about the new WHO guidelines: 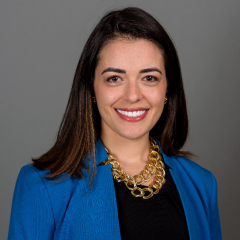 Answer: Emerging countries are not like the U.S. or the U.K., where we have a lot of wealth in our borders. A larger portion of their budgets is allocated to food. Some recent research showed that in some emerging countries, they spend 30, 40 or 50 percent of their overall gross domestic product on food, and it’s largely going to carbohydrate-dense food like bread and pasta, and also to processed food.

A lot of these countries rely on processed food because they’re dealing with inefficiencies in distribution and in the supply chain. How do you feed a growing population and have food that’s preferred in their culture? It has to be stored for a long period of time.

Q: So how can they eliminate trans fats?

A: The food-processing companies will have to reformulate their products, and they’ll have to come up with another fat that will not change the flavor and will withstand the transportation process. The best fats for that are actually animal fats. At room temperature, they’re solid because they’re saturated. Unsaturated fats are predominantly vegetable oil or canola oil but to make them solid at room temperature, you have to hydrogenate them. That turns them into trans fats.

Q: Will the guidelines persuade food manufacturers to change their processes?

A: The big global companies can use their economies of scale no matter where they are shipping. They’re more vertically integrated, they have relationships with growers and producers, sourcing networks and distribution networks that are more robust.

But where I think the emerging countries will have more of a question mark is the local producers. They’re the ones that can’t benefit from economy of scale like the global manufacturers. They’ll have to differentiate themselves in some way and not increase costs too much.

The local companies will wait to see what the response is. If the push is to stop using trans fats because the science shows it’s catastrophic for human health, they’ll have to meet those demands.

Q: The WHO guidelines call for public education about the health effects of trans fats to encourage producers to stop using them. Is that an effective method?

A: Education programs are costly and in some cases they won’t lead to behavior change.

We can put a grocery store in a food desert and think, "That will be great, everyone will go there and we’ve solved the problem." But we’re not changing behavior.

Programs directed to youth are shown to be the most effective because they’re still shaping their behavior. You’re getting them at a time when they’re still learning.

It has to be a multifaceted approach — an education program coupled with a good marketing platform, where you’re introducing good signage, bright colors, promotions.

That might not be replicable across every single region and every single country. Cultural differences can dictate the success of some programs, even among regions within a country.

The sticky part is what happens in the next three to five years after the program rolls out. How do you get people who are accustomed to a certain way of doing things to understand that there’s a health benefit when you remove this from your diet?

Q: Do you think the WHO campaign will work?

A: Food manufacturers will be highly encouraged to change, and maybe they’ll do it, but they will make sure they’re cutting their costs as much as possible to make a profit and be competitive.

It’s complicated but the food industry is so consumer-driven and if the consumers hear that they should be avoiding trans fats, it might be enough to pay attention to the guidelines that WHO is putting out.

Research shows that the earlier kids are exposed to healthy lifestyle habits, the more likely they are to be healthy adults. Professors and researchers at Arizona State University’s College of Health Solutions are putting that knowledge to practice in a variety of ways, from summer camps that teach children about nutrition and physical activity to giving school lunchrooms a healthy makeover.“A... 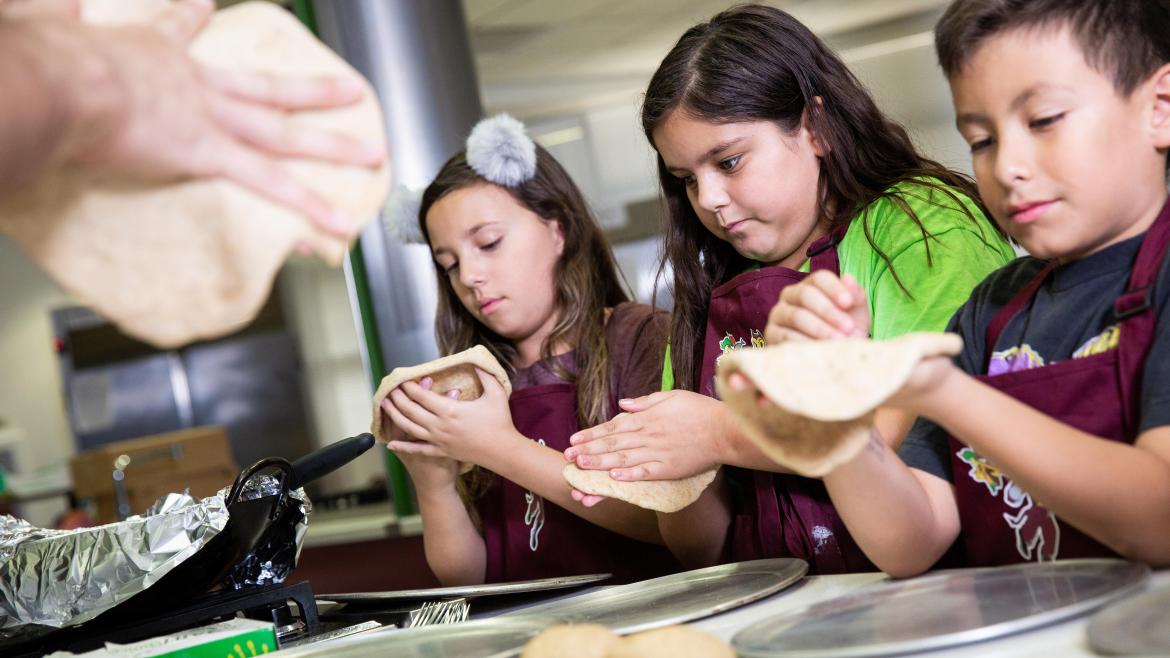 Research shows that the earlier kids are exposed to healthy lifestyle habits, the more likely they are to be healthy adults. Professors and researchers at Arizona State University’s College of Health Solutions are putting that knowledge to practice in a variety of ways, from summer camps that teach children about nutrition and physical activity to giving school lunchrooms a healthy makeover.

“At a young age, kids are still forming habits, so it’s important to give them tools and teach them how to engage in physical activity and have a basic understanding of nutrition and health that they can take with them to adulthood,” said Christy Alexon, School of Nutrition and Health Promotion clinical associate professor.

On Friday, Alexon looked on as kids from the Phoenix area gathered in the Instructional Nutrition Kitchen on ASU’s Downtown Phoenix campus to learn about Egyptian food and make their own flatbread sandwich as part of the College of Health Solutions’ annual Camp CRAVE, for which Alexon serves as faculty adviser.

Dakotah Beck, 10, who attends Vistancia Elementary in Peoria, watched carefully as kitchen coordinator Kent Moody demonstrated the smack-and-spread technique to thin out the flatbread dough. Earlier in the week Dakotah and other kids at the camp learned about portion control, whole grains and water-based veggies that can help with hydration.

Dakotah likes apples and bananas but was a bit skeptical of the squash that was mixed in with the basmati rice as a side dish to the flatbread sandwiches on Friday — but she tried it anyway.

“Dare to try new things,” she said as she spooned some of the veggie-infused rice onto her plate. Being adventurous is part of Camp CRAVE’s philosophy.

“There may be foods they think they don’t like, but we show them different ways to prepare it that they find out they actually enjoy,” Alexon said.

Innovation in the cafeteria

Cameron Scholtz, a graduate student in exercise and nutritional sciences at the College of Health Solutions, said the number of kids in America who don’t get enough fruits and veggies is appalling: He has seen recent stats that put it at about 75 percent.

At Camp CRAVE this summer, Scholtz is pilot-testing a research project that will kick off this fall in which a “flavor station” will be implemented at salad bars in elementary school lunchrooms. The flavor station will feature condiments and toppers like peanut butter, yogurt, hummus and sriracha in an effort to encourage kids to consume more produce.

Scholtz and his team will compare the weight of the produce in the salad bar before and after kids’ lunch hour, and subtract whatever fruits and veggies found their way into the trash, then divide by the number of kids to get an average of how much fresh produce each child consumed.

“We’re hoping it will increase consumption and decrease waste,” he said. “It’s eye-opening how much food is wasted.”

Recently, Scholtz completed a similar intervention that replaced ordinary black and gray serving utensils at school cafeteria salad bars with brightly colored ones. He found that the simple act did increase the amount of produce kids put on their plate.

The best part about that kind of intervention? “It’s sustainable,” he said. 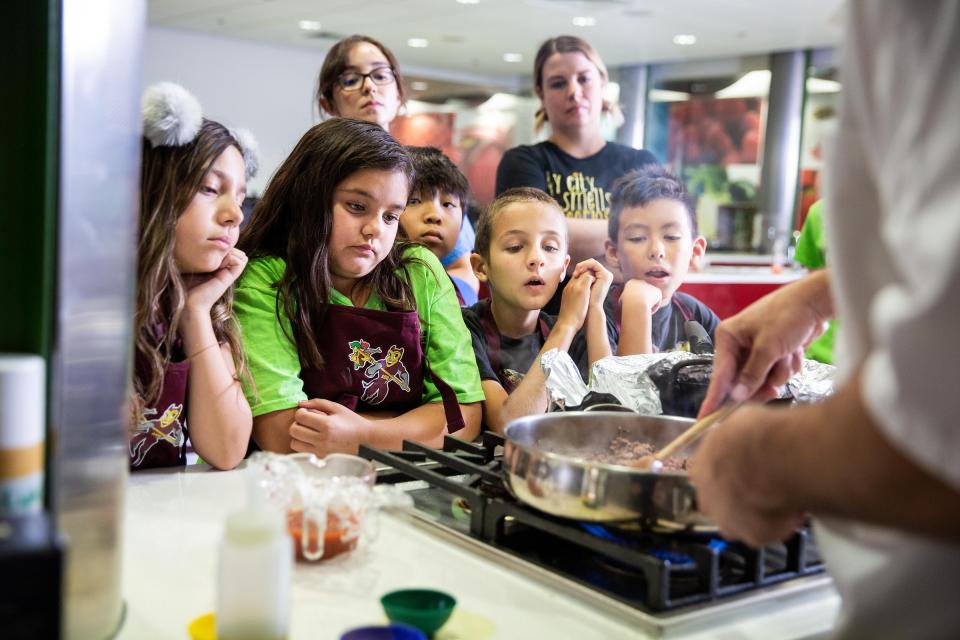 Taking that idea a step further, Scholtz and his team livened up lunchrooms with full-wall murals depicting fresh fruits and vegetables to create a more exciting environment for kids. Afterward, they saw about a 10 percent increase in the amount of fruits and veggies consumed.

“The increase is small, but that small change can move the curve enough to improve health across the population level,” Scholtz said.

Seeking solutions on many fronts

Other College of Health Solutions researchers doing work in elementary school cafeterias include Assistant Professor of nutrition Meg Bruening and Assistant Professor of exercise science and health promotion Marc Adams. Last September the pair received a $2 million grant from the National Heart, Lung and Blood Institute to conduct a four-year study on the efficacy of salad bars in school lunchrooms.

Building on previous research published in 2016, the study will look at the effects of lunchroom interventions by age group. More specifically, they’ll be looking at how simply having a salad bar available, along with promotional materials to encourage healthy eating, affects consumption of fresh produce.

And in November of last year, nutrition Professor Punam Ohri-Vachaspati published a study that found legislation that made critical nutrition reforms to school lunch and breakfast programs was not only effective, despite opposition and claims to the contrary, but in some cases actually increased kids’ participation in school meal programs.

Back at Camp CRAVE, nutrition undergrad and camp organizer Heather Schwartzmeyer laughed as camp participant Noah Hargis, 9, dictated instructions to her while stirring the ground-beef filling for his flatbread sandwich.

Schwartzmeyer has been involved with the camp for two years now. When she graduates in December, she’s thinking of becoming a dietitian for the Department of Veterans Affairs but wants to continue working with Camp CRAVE because of how rewarding it is to see the kids’ enthusiasm for learning important skills about nutrition and healthy lifestyles.

“Some of these kids have never cooked before,” she said. “So to see the raw excitement they have is just great.”