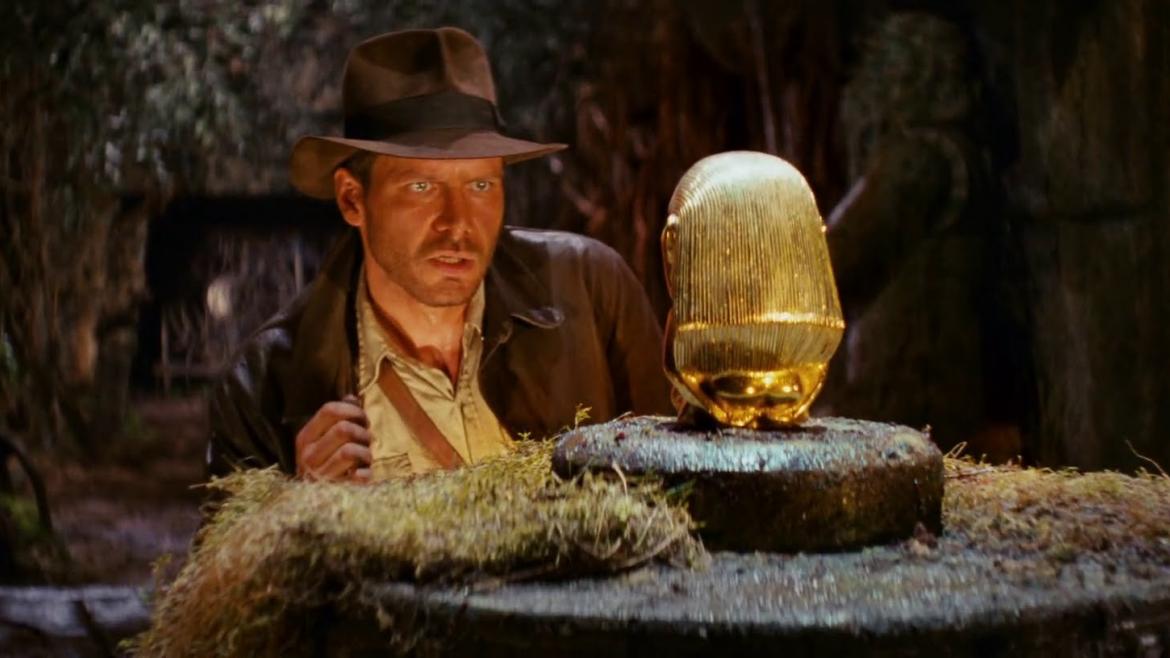 Indiana Jones' archaeology ideas? They belong in a museum!

It’s a disclaimer that echoes passionately through the lecture halls of every beginning archaeology course: It’s not like the Indiana Jones movies!

Inspiring a new generation of researchers to value and explore the past is Dr. Jones’ single contribution to the field. But for those who commit their time and expertise to the study of past humans, the iconic, whip-cracking rogue has become a major cliché.

That’s why we’ve gathered four real archaeologists from the School of Human Evolution and Social Change. "Raiders of the Lost Ark" premiered 37 years ago this week, and these experts are out to help dispel some of the myths that Harrison Ford's iconic character has ingrained so deeply in our minds.

Myth No. 1: The goal of archaeology is to find things to put in museums Associate Professor Brenda Baker: While stocking museums was a goal of antiquarians in the 19th and early 20th centuries, archaeologists have long been much more interested in the information they can obtain by documenting what past people left behind. Many of the most mundane artifacts, including trash like broken potsherds and bits of animal bone, tell us more about the way people lived than the items that are typically exhibited in museums.

Myth No. 2: Archaeologists mostly work alone, using nothing but a shovel and their wits 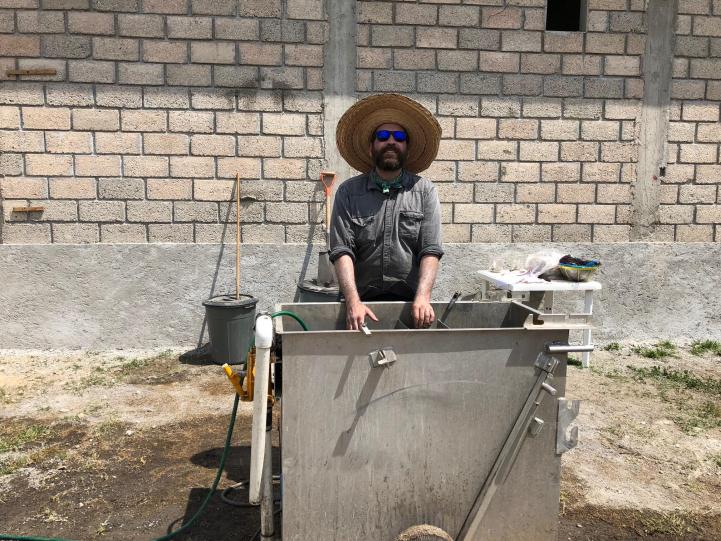 Associate Professor Christopher Morehart: Archaeologists work most effectively in teams, which involve a range of people — including professional archaeologists, specialists and students. One enormous change is that researchers are also increasingly collaborating with local communities. Modern archaeological methods go beyond excavation and use an advanced range of tools, including geological analyses, chemical analyses of stones and clays, the study of animal and plant remains, sophisticated remote sensing (ranging from things like satellite imagery, multi-spectral drone imagery, ground penetrating radar and LiDAR), GPS, total station mapping, and the chemical study of human remains to understand diet and biogeography.

Myth No. 3: Archaeology is all about fieldwork Archaeologists spend a lot of time preparing for fieldwork and analyzing data after the fieldwork is over.

Baker: Fieldwork is only one component of a much longer process. Considerable background research takes place before even going into the field, such as using remote sensing to identify and locate sites. Then after a field season, there’s extensive lab work to process the data, analyze all the artifacts or skeletal remains, and synthesize the information for publication.

Myth No. 4: Artifacts are the only way to learn about ancient people’s lives 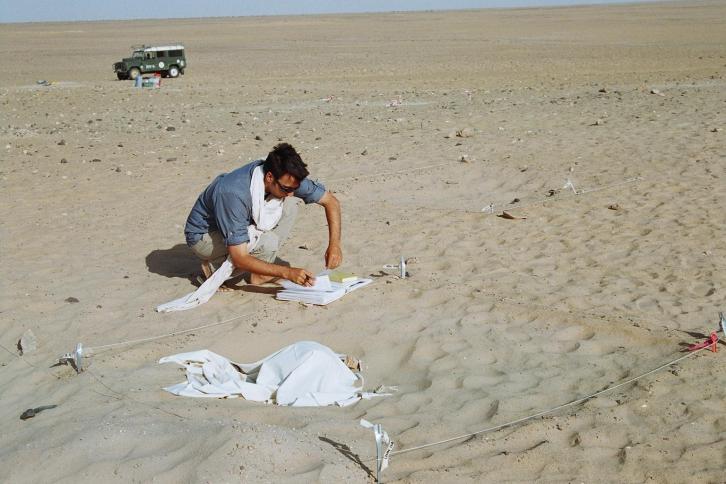 Professor Christopher Stojanowski: I am a bioarchaeologist who studies skeletal remains, so I would say that the impact of people’s lives on their bodies is one of the better indicators of what the past was like for them. But beyond the physical, many archaeologists also study geological signatures and the overall pattern of human settlements on the landscape. There is a lot more to archaeology than just the stuff that people leave behind, and the reality is that the materials we find are only those made of things that preserve, which is a biased snapshot of the past right at the outset.

Myth No. 5: The past only matters to universities and treasure-hunters Professor Kelly Knudson talks to a student in her Archaeological Chemistry Laboratory.

Professor Kelly Knudson: After we spend long hours doing tedious work in the field and laboratory, it's rewarding to learn about the everyday lives of people who lived hundreds or thousands of years ago. Archaeology is important to our present and future, and as archaeologists, it’s up to us to preserve and protect the past as our common heritage.

Cities across the nation are experiencing a revival thanks to architectural practices that infuse underutilized core spaces with innovative, mixed-use projects to attract and retain educated young workers and support creative collaboration among them.The Brookings Institute is calling it “catalytic development,” and cites Arizona State University’s Downtown Phoenix campus as one of six case ... Cities across the nation are experiencing a revival thanks to architectural practices that infuse underutilized core spaces with innovative, mixed-use projects to attract and retain educated young workers and support creative collaboration among them.

Wellington "Duke" Reiter, executive director of the University City Exchange at ASU and senior adviser to President Michael M. Crow, lent his creative vision to ASU and the city of Phoenix in the design of the Downtown Phoenix campus more than a decade ago. He participated in a Monday forum in Washington, D.C., hosted by Brookings.

ASU Now caught up with Reiter before he departed for the nation’s capital to discuss catalytic development and how ASU’s Downtown Phoenix campus transformed the city. Question: Let’s start with a clear definition of what catalytic development is and how it’s re-energizing cities around the country.

Answer: The Brookings Institute has identified trends that are happening in cities and have tried to capture the ingredients. I think this includes several things: It’s a place-based strategy where an area of a city is ready for reinvention, it’s got to be about employment, and the Brookings report [must have] confirmed that there are investors and institutions willing to invest in such projects. Walkable urbanism is an attractor of the kind of people who want to live and work in cities, and that ultimately matters to employers, of course. Catalytic development takes into account the amenities that go with thriving cities and the ambitious people who want to be there.

Q: This development obviously takes vision and investment by cities, businesses and corporations. How do they know it will work?

A: I think they can’t be absolutely 100 percent sure that it will work. Take Phoenix, for example. Did we know that ASU’s Downtown Phoenix campus would look the way it does today and that its enrollment would reach nearly 10,000 students in the first decade? I don’t think we ever anticipated it would be as successful as it has become, but we did our homework and looked at success stories from other places which had thriving urban campuses and adjusted our expectations accordingly.

We also selected and moved those schools and colleges which were going to take advantage of an urban circumstance — social work, journalism, law, nursing. They were now close to the public- and private-sector institutions they could leverage and where students might find opportunities. We invested heavily in the research behind those decisions and what would make for a great student experience in this untested environment. I believe we were pretty confident, but in part you have to go on faith and best practices.

Q: Young workers and the “creative class” appear to be pushing this movement. What is it that they are seeking?

A: I would flip that around. I don’t think they’re actually pushing this movement. Employers who want them to come to work for their companies are the ones pushing this. If you’re running a tech company of some kind that will require skill sets likely found in recent graduates and young to mid-level career workers, you know your potential employees are also looking for great urban experiences and the lifestyle found in cities.

Yes, the employees are the end beneficiaries, but it’s the employers and, in our case, a university who are looking to attract those kinds of people and are the ones driving this. In the case of Phoenix and other up-and-coming cities, they are looking to change their fortunes with more businesses and tax revenue, as well.

Q: But aren’t young workers and the creative class contributing to this phenomenon? It seems as if in the past, they got a job somewhere and they moved. Millennials in particular, seem to be cherry-picking employers and calling the shots.

A: That’s true. People no longer simply go where the employment opportunities are; they go where they would like to live. Employers need to recognize this. If a business has a suburban campus that’s hard to get to other than by driving and there’s nothing else around it, they might have trouble attracting the people they want. Future workers might not want to have a car. And in addition to being able to get to work easily, they might just want to walk to the gym, restaurants or the symphony or the clubs. Music is a big part of the creative class, as is diversity. They want to be around different people and experiences. So they are motivated to move to where they want to be and hopefully employers get the message. This is the creative class thesis.

Q: What are some positive byproducts of catalytic development?

A: The rehabilitation of older buildings. As author Jane Jacobs wrote, “New ideas need old buildings.” That’s been true of the New York art scene forever. After serving as warehouses and manufacturing buildings, many were transformed into artists’ lofts and studios, then they were galleries, and now home to tech companies. … Older buildings being rehabbed suggest a rejuvenation, something being reborn. That’s very attractive to young people and to companies. In new buildings, however wonderful they might be, it’s hard to have the same kind of vibe, so the rehabilitation of older buildings is a byproduct of this trend.

Another byproduct is the activity that you see on the street — that anybody can partake of — whether it be increased retail or more restaurants and more diverse places to live. Then there’s presumably more support for art-based institutions and increased attendance for events.

In theory, everybody should win. But one thing that should be emphasized is that a wider spectrum of people must be the beneficiaries of new urban development. Who are we serving? Who are we attracting? Are we going out of our way to make sure that the communities that are already in local neighborhoods are benefiting from this development, as well? This is an important conversation taking place in many cities at this time.

Q: What has the ASU Downtown Phoenix campus done for the area?

A: The reason why it has been cited by Brookings as a successful model was because of the unusual source of inspiration, in this case a major university as the driver. Of course, the project had great support from former Phoenix Mayor Phil Gordon and the Phoenix City Council.

At the time we were communicating the mutual benefit of such an idea, we used a Venn diagram that featured what the hopes for downtown were on the left and the needs of the university on the right. How could the fifth-largest city in the United States be as empty as it was? Both parties wanted to fix that problem. We needed help with buildings to advance our programs. The city wanted more activity downtown. They were expanding their convention center. They were betting on light rail.

Now that the campus is well established, the city is seeing more activity on the streets, increased retail, more emphasis on civic spaces. Together the city and ASU built one because we knew it was one way for the people to get to know their city and the university. The byproducts — the urban amenities — grow out of these partnerships.

Q: It appears as if cities that need a boost now have a proven model for success. So what will it take for them to act on this?

A: The point of the Brookings paper is to disseminate best-practice case studies and to convene the people who have been instrumental to the selected examples. They can see proofs of concept. However, other cities will succeed if they tailor a catalytic development model to their particular situation and not simply copy others. They can see different ways of how catalytic development can happen or how a political, business or academic leader can make a difference. Ultimately, a leader or institution has to push. There are many examples of success, and most cities in the present economy have something like this going on.