He earned his Bachelor of Art in philosophy at the University of California, Santa Barbara before moving to the University of Oregon for his master’s and doctoral degrees in clinical psychology. Dishion started his academic career at Oregon in 1988 and moved to ASU in 2011. He was named an ASU Regents’ Professor of psychology in February. 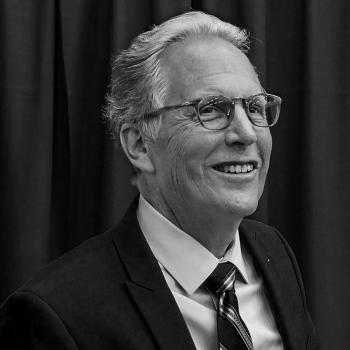 Dishion was a central figure advancing the field of prevention science, which brings techniques or interventions backed by research into the community. At Oregon, he founded the Child and Family Center, and at ASU, he re-envisioned prevention science by founding and directing the REACH Institute in the Department of Psychology.

Dishion was described by his colleague Nicholas Ialongo, professor at the Johns Hopkins Bloomberg School of Public Heath, as having an unquenchable thirst for knowledge.

This thirst led Dishion to study how deviant behavior can be reinforced among adolescent peers and can lead to substance abuse, violence and delinquency. In 1999, he published a paper in American Psychologist that examined how peer reinforcement of deviant behavior can occur in group therapy, thereby causing clinical interventions designed to help teenagers to instead backfire. This paper influenced federal guidelines for group therapy interventions for adolescents.

“Tom was not only an icon in prevention science; he was also a premier developmental psychopathologist. His research on the development of antisocial behavior and substance use over the early life course and into adulthood is among the most informative of its kind from both a theoretical and empirical standpoint,” Ialongo said.

Sharlene Wolchik, professor and co-director of the REACH Institute, described Dishion as passionately believing that basic science research should form the foundation for interventions for at-risk youth. This conviction led Dishion to also focus on the parent-child relationship, specifically how interactions between a parent and child could unintentionally reinforce unhealthy behaviors that can then lead to problem behaviors in the future. To break the cycle of reinforcing unhealthy behaviors — in parent or child — Dishion took his research findings on group dynamics in adolescents beyond the university walls and developed the Family Check-Up program.

The Family Check-Up program targets at-risk families with young children and teaches parenting skills that improve the interactions between parents and children. These simple parenting skills have wide-ranging effects and protect children against substance abuse and a range of mental health problems years later in life.

“The Family Check-Up represents a leap forward from behavior problem treatment to the prevention of the problem behaviors, in a context that affords universal implementation,” said Kenneth Dodge, professor of psychology and neuroscience at Duke University. “This approach has the potential to move the needle in population health, which is rare for psychological interventions.”

“Many, many families in the U.S. and four other countries are benefitting from Tom's careful research and passion for making life better for at-risk youth,” Wolchik said.

Daniel Shaw, professor of psychology at the University of Pittsburgh, collaborated with Dishion and described Dishion’s ability to translate basic science research into a successful intervention as unparalleled.

“Tom is up there as one of the most creative and free-thinking scientists I will ever meet,” Shaw said. “He has few equals in the field.”

Dishion was a prolific scholar who was passionate about using rigorous methods in his research that he then applied to his interventions. During his 30-year career, he published over 300 papers in peer-reviewed journals, was awarded more than $100 million in federal research grants and trained myriad scientists. His papers were heavily cited, which means his work widely influenced other scientists.

“Tom had a tremendous impact on research in developmental science. He introduced game-changing questions, theory, and methods on a broad range of topics such as bullying, the developmental course of antisocial behavior, and the neurobiology of young adult romantic relationships,” said Nancy Gonzales, incoming dean of natural sciences, Foundation Professor of psychology and co-director of the REACH Institute. “For this work, Tom received the 2019 Urie Bronfenbrenner Award for Lifetime Contribution to Developmental Psychology in the Service of Science and Society.”

The Bronfenbrenner award is presented by the Developmental Psychology division of the American Psychological Association to scientists whose research has advanced developmental psychology but who also apply their research efforts to society. Dishion’s award will be presented posthumously at the 2019 annual meeting of the association.

“Tom was a special man in so many ways,” said Steven Neuberg, Foundation Professor and chair of the Department of Psychology. “As a scholar, his scientific contributions were remarkable. As a contributor to our broader society, his creation of empirically sound, evidence-based interventions to enhance the well-being of at-risk children, adolescents, and families is nothing less than inspiring. And he was a good friend to so many. We will greatly miss him.”

Dishion strongly believed universities should be actively involved in the community, and his Family Check-Up program is used widely in the U.S. and also internationally. Through his efforts to offer research-based interventions to society, he exemplified the values and goals of the New American University.

Dishion is survived by his wife, Thao Ha, an assistant professor in the Department of Psychology; his children Tom Jr., Jacob and Briana; their spouses Lauriza, Cindy and Chris; and his grandchildren Lanie, Adriana, Dominic, Nathan, Isabelle and Nora.

A celebration of Dishion’s life is being planned at ASU at the beginning of the fall semester.

We count on nurses for a lot of things — to be a calming presence, a helping hand, a source of knowledge. Filling those roles is demanding enough, and with the added pressure of a nursing shortage on the horizon, already tired, overworked RNs may not be getting a break any time soon.As dean emerita of ASU’s College of Nursing and Health Innovation, Teri Pipe knows all about burnout in the heal... 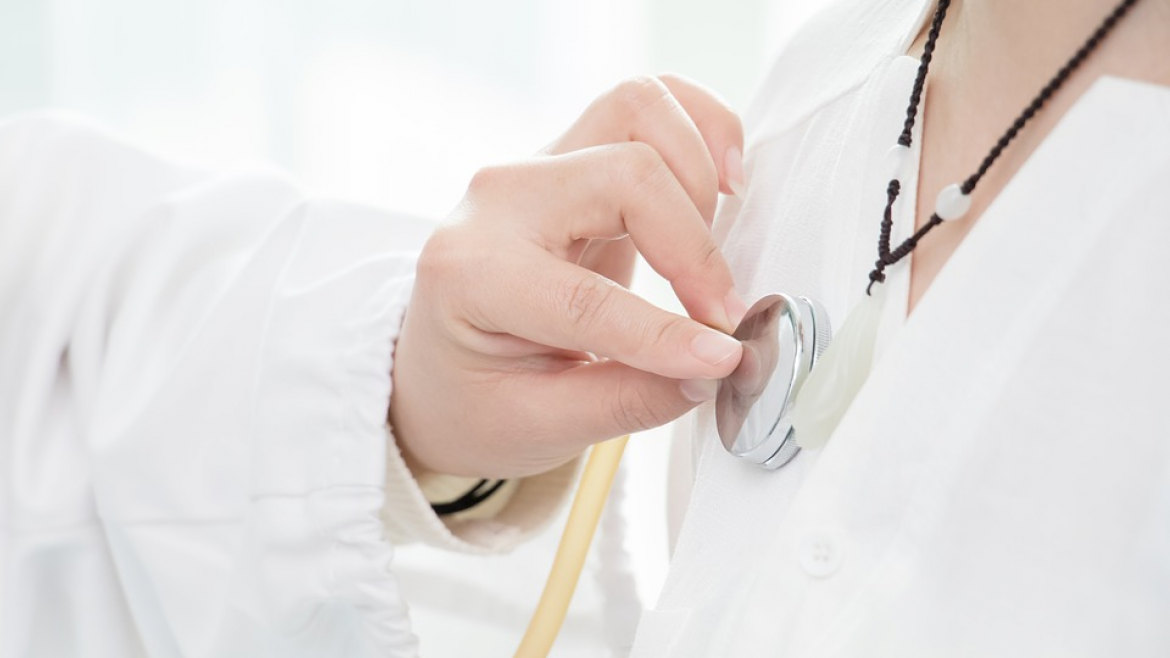 We count on nurses for a lot of things — to be a calming presence, a helping hand, a source of knowledge. Filling those roles is demanding enough, and with the added pressure of a nursing shortage on the horizon, already tired, overworked RNsregistered nurses may not be getting a break any time soon.

As dean emerita of ASU’s College of Nursing and Health Innovation, Teri Pipe knows all about burnout in the health care field. As the director of ASU’s Center for Mindfulness, Compassion and Resilience, she also knows about a potent antidote.

For Pipe’s final project for her Robert Wood Johnson Executive Fellowship, she created a video featuring nurses telling stories of how they used the practice of mindfulness to help them through difficult situations. “In the Moment: Stories of Mindfulness in Nursing” was recently accepted to the National Academy of Medicine’s new art collection on clinician well-being and resilience.

ASU Now asked her to share more of her insights about the practice and how it is beneficial for both nurses and patients alike. 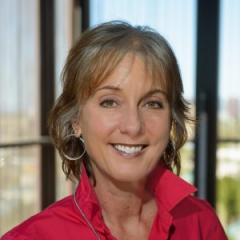 Question: What does mindfulness in the health care field look like? How is it practiced?

Answer: In health care, mindfulness at its best is often practiced as a focused presence between the health care provider and the patient. Mindfulness is focused awareness to what is happening for that particular patient in the moment; it is linked with patient safety and quality of care because providers are able to filter out unimportant distractions and care for the patient. It is an unhurried, empathetic way of being with someone, listening carefully not only to the words that are said, but also to the underlying meaning and emotional tone.

Q: How is the practice of mindfulness beneficial to nurses and other health care providers?

A: Mindfulness can be an excellent way of preventing and addressing burnout, exhaustion and compassion fatigue. By focusing on the present moment, nurses and other health-care providers can keep the mind from being pulled to the past (rumination, depression) or the future (worry, anxiety) and stay focused on the reality of the present. In this way, people are more able to live by design rather than by default, making more considered choices rather than simply reacting automatically. Once an individual learns to practice mindfulness, it is often the case that they feel more “awake” and alert to all of life, personally as well as professionally.

Q: Can it also be beneficial to patients?

A: Patients often face uncertainty, fear and pain. Mindfulness can’t change the situation, however it can help change the response to the situation, which turns out to be quite powerful. When patients practice even a few minutes of focused breath awareness or a mental scan through the body, they often feel calmer and less likely to create a cognitive narrative of what is happening. By staying with what is real and true in the present moment, the anxiety of the future and the regret of the past are less powerful, and the patient can more effectively allocate attention and energy to what is actually true. They are able to shape their experience a bit more.

I once taught a mindfulness class to a group of patients with cancer. One of the gentlemen was receiving daily radiation treatments, so he decided that instead of just lying passively on the radiation table, he would use his treatment time as his meditation practice time. He said it totally changed his experience into one of active, well-being supportive attention rather than feeling like something was being done “to” him. His situation didn’t change, but his experience of it did. He showed up so differently that his health care team actually remarked on the difference!

Q: Why is the practice of mindfulness gaining traction in the health care field?

A: Jon Kabat-Zinn brought mindfulness to patients at UMass Medical Center as early as 1979, and his eight-week training program, Mindfulness Based Stress Reduction, is the gold standard in terms of the emerging research in the area of mindfulness and health. Mindfulness practice for nurses, physicians, veterinarians and other health-care professionals is being more widely recognized as a preventive strategy for anxiety, depression and suicidal thoughts. The rate of burnout, depression and suicide in these sectors is high and receiving more attention than in the past. The Institute for Healthcare Improvement recently published an entire module in their Open School about mindfulness in health care, including the link between mindfulness and patient safety and mindfulness and workforce burnout prevention.

Q:  How is ASU’s College of Nursing and Health Innovation incorporating mindfulness into its philosophy?

A: The college leadership has implemented mindfulness practices in some meetings and in individual classes. There is a CONHICollege of Nursing and Health Innovation major in integrative health that has a component of mindfulness, but mostly the integration of mindfulness depends a lot on the individual faculty member. We want to make mindfulness an opportunity, but not a mandated approach. Like many innovations, it is best met with an open mind and healthy skepticism, and it is a very personal practice. Across ASU we are finding that faculty are integrating mindfulness practices into courses in most disciplines, including health, engineering, design, dance, psychology, sustainability and athletics. It is relevant to virtually any field.