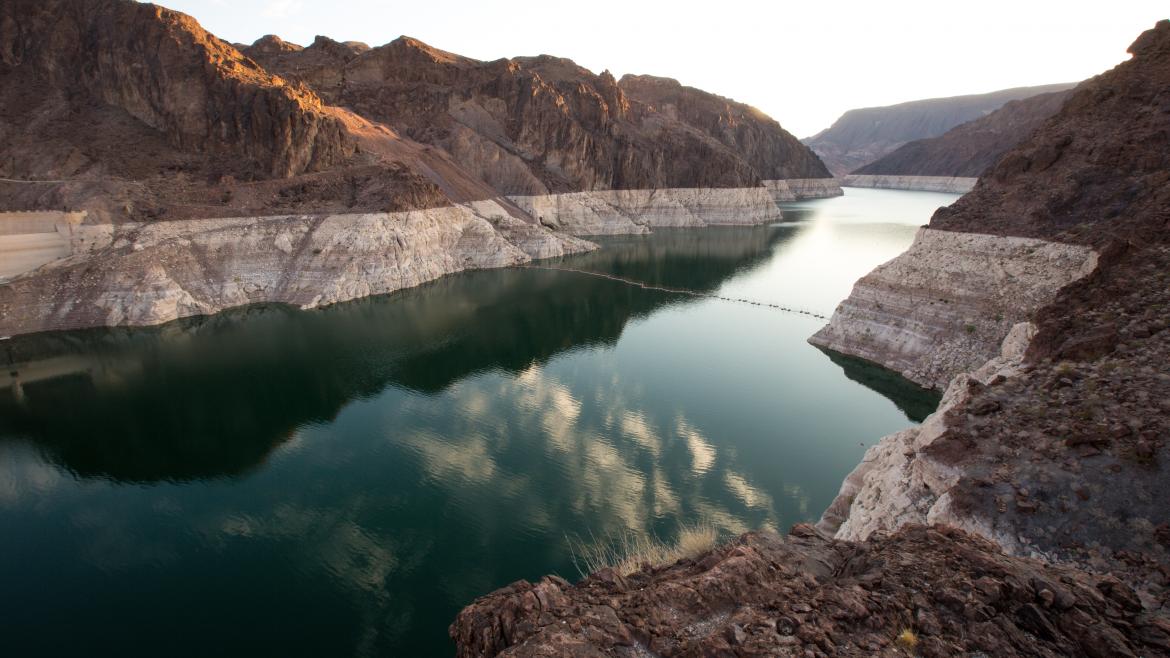 ASU contributes technology, story gathering to 'Water/Ways,' which will travel to 12 rural communities over next 2 years

The story of water in Arizona is as long and complex as the multibiomedArizona’s biotic communities represent almost all of the world's biomes. state itself, but as it snakes its way through the years — from the Pima settling on the banks of the Gila River to Charles Trumbull Hayden’s 19th-century ferry to today’s literal powerhouse Salt River Project — it remains inextricably linked to the inhabitants of the region who depend on it.

Beginning this summer, 12 rural communities throughout the state will get the chance to explore the past, present and future of water’s environmental and cultural impact in Arizona and beyond when the Smithsonian’s Museum on Main Street traveling exhibit “Water/Ways” visits their town, beginning with the Bisbee Mining and Historical Museum on June 2.

“It’s almost so obvious that it’s hard to say something profound about it here in the desert,” said ASU history Professor Paul Hirt. “Everyone can intuitively see that without water, there isn’t life.

“What that leads to is the question of, in a situation where we have an extremely important and critical resource that’s also in short supply, how do we rationally and fairly and responsibly mange that scarce resource to ensure that everybody has access to it and that we’re not wasting it?”

Three years ago, Hirt was invited along with School of Community Resources and Development Professor Dave White to Washington, D.C., to consult on the design of a national water-themed exhibit for the Smithsonian. They presented the planning group with a demonstration of a visualization tool ASU’s Decision Center for a Desert City had developed to estimate water supply and demand for the Phoenix metropolitan area.

WaterSim, as it is called, was a hit. 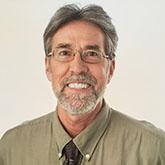 A systems dynamics model, WaterSim uses a web browser interface to allow users to view and alter data points — such as water supply, water demand, climate, population and policy data — and make side-by-side comparisons to understand how one variable relates to another.

WaterSim was originally developed to estimate water supply and demand exclusively for the Phoenix area; a dedicated teamDavid Sampson, Ray Quay, Liz Marquez and Emily Grunspan all contributed to the project. at Decision Center for a Desert City worked with the Smithsonian to adapt the model to reflect the water data points unique to each location along the national “Water/Ways” route.

“Partnering with the Smithsonian on this project gave us an opportunity to expand the scope and impact of the work being done at DCDC to well beyond Phoenix and Arizona, to provide an informal educational experience in rural areas and reach an audience much broader in scope and background than we had previously been able to reach,” said White, director of Decision Center for a Desert City and a senior sustainability scientist at ASU.

That reach will expand even further now that a grant from the Arizona Community Foundation has made it possible for the WaterSim model to be disseminated throughout schools in each of the 12 communities that will host the “Water/Ways” exhibit over the next two years. Teachers are currently undergoing training on how to integrate the tool into their classroom curriculum through engaging activities for their students.

“We really see it as a vital, civic engagement activity and an important part of being an informed citizen," White said. “So it’s really important that students and others in the community are aware of the challenges that we face in managing water resources and how they can become informed and participate in the discussion and the decisions that affect them and their livelihoods moving forward.” 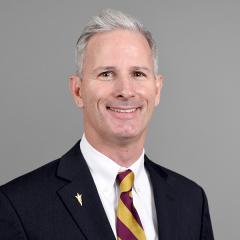 SRP is also on board, having recently approved a $25,000 contribution to Arizona Humanities for the project.

Scott Harelson, a representative of the agency, said, “Given SRP’s role in water resource management and our leadership in educational programs, our involvement with these exhibits provides an opportunity to encourage and support greater discussion of water-related issues facing Arizona.”

In addition to taking the WaterSim model for a spin, visitors of the exhibits will be treated to the unique water story of each town it shows in. Over the past year, Hirt traveled with his students and Arizona Humanities grant manager Samantha Anderson to each of the 12 sites throughout the state, meeting with residents at museums and libraries to brainstorm ways to tell their story.

“Right at the very core of this program is the idea that if we’re going to educate and influence people on important themes, they need the science as well as the social science behind it,” said Hirt, also a senior sustainability scientist at ASU. “Water is more than something that we drink when we’re thirsty and use to grow crops and take showers. Water is something that has cultural meaning and is something that we often have intimate relationships with. 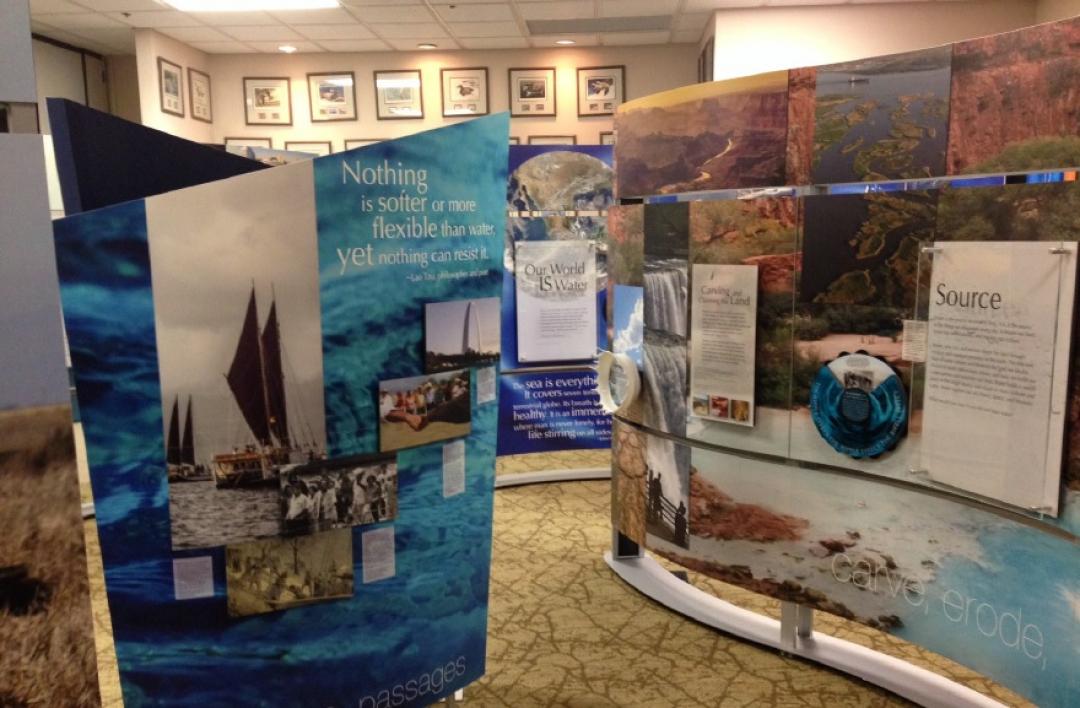 A look at the exhibit as displayed at a recent stop in Florida. The traveling exhibit will start its journey through Arizona in Bisbee.

Photo courtesy of Carol Harsh, director of the Museums of Main Street The Water/Ways exhibit, shown here on display in Florida, will make 12 stops throughout rural Arizona through March 2020.

Photo courtesy of Carol Harsh, director of the Museums of Main Street Image courtesy of Carol Harsh, director of the Museums of Main Street 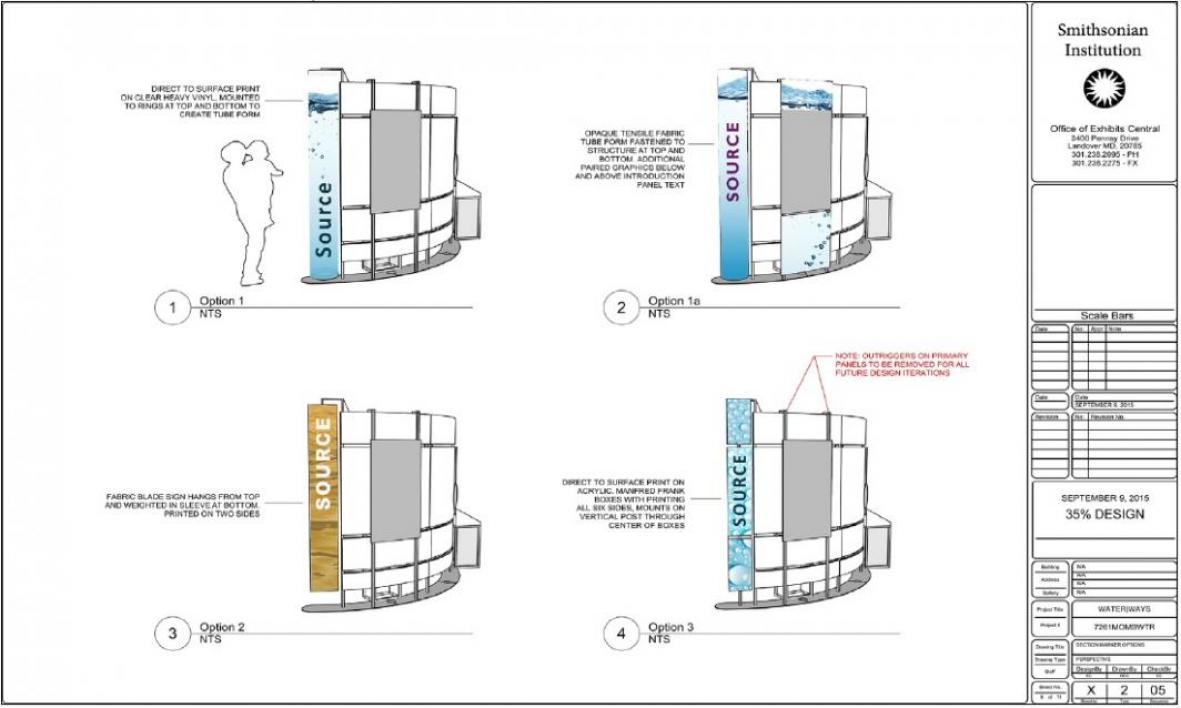 Image courtesy of Carol Harsh, director of the Museums of Main Street

“In states like Arizona, where water is so scarce, it’s a blessing to come across natural flowing water. We seek it out, taking a dip in cool mountain streams on hot summer days, going boating and fishing on natural lakes along the Mogollon Rim and in Verde Valley streams. These things are part of our experience of being human in the dessert, seeking out water and celebrating the different kinds of ecosystems supported by water.

“The Smithsonian and ASU believe you need a holistic approach to understand something like water, in order to be able to fully address the challenges we face in seeking a just and sustainable future.”

To ensure that invaluable social perspective was brought to the project, Arizona Humanities provided a small amount of funding for the creation of each exhibit.

“We wanted to create conversations around the human experience with water and how it affects us all,” Anderson said. “The fact of the matter is, you’re always downstream from somebody.”

And each story, as she, Hirt and his students discovered along their tour, is different: in Page, it’s dams; in Verde Valley, it’s riparian rights; in Bisbee, it’s mining.

“Bisbee has a very personal history with water, as does everyone,” said Carrie Gustavson, director of the Bisbee Mining and Historical Museum. “Water is an important part of everyone’s life, and we are excited to explore what it means culturally, socially and spiritually in our own community.”

With this past winter being the driest ever recorded in Arizona, Hirt pointed out that the timing of the “Water/Ways” exhibition is especially relevant: “I think it’s time for everybody to start thinking about the future not being the same as the past and preparing to be more resilient and efficient.”

Top photo: Sun rises above the eastern end of Lake Mead, close to the Hoover Dam, on July 28, 2016. A hundred-food deep "bathtub ring" is a visible indicator around much of the lake of the volume of water missing from the Colorado River fed reservoir. The "Water/Ways" exhibit will address such issues of scarcity of water for desert dwellers. Photo by Charlie Leight/ASU Now

Sun Devil Softball's Season Comes to a Close at WCWS

The sixth-ranked Arizona State softball team saw their season come to a close with a loss to defending Oklahoma. ...

Sun Devil Softball's Season Comes to a Close at WCWS

The sixth-ranked Arizona State softball team saw their season come to a close with a loss to defending Oklahoma.