In recognition of the need to curb drug use and violence for adolescents, the president of the National Scouting Association of Nicaragua signed a partnership agreement with Dale se REAL, an Arizona State University program that teaches young people practical ways to handle situations involving drugs and conflict.

The project is led by Hugh Downs School of Human Communication Assistant Professor Jonathan Pettigrew. It has received funding since 2013 from the Bureau of International Narcotics and Law Enforcement Affairs, a division of the U.S. State Department. Dale se REAL is a program customized by Nicaraguan youth, for Nicaraguan youth. The program builds on the best drug and violence prevention practice in the U.S. and has adapted it to fit the Nicaraguan context.

The story of the partnership agreement between the scouting program and ASU was recently covered on a national television station in Nicaragua.

“It was the scouts who called the news agency to witness the signing, which indicates the value they see in Dale se REAL and its role in their mission to support youth development,” Pettigrew said.

Dale se REAL teaches middle school students in 47 schools and organizations in Nicaragua skills for developing healthy relationships. The program also surveys some of the students in these institutions to learn about their family experiences, parent-child communication, and health behaviors like drinking alcohol or bullying. This enables Pettigrew and his team to examine direct and indirect associations between family bonding and adolescent alcohol use. 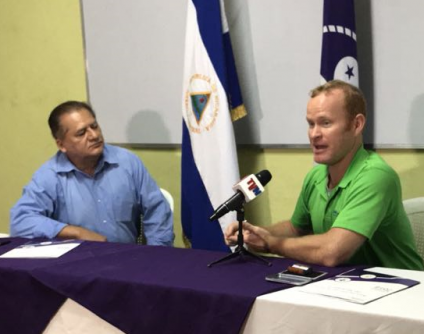 “We have discovered that it is the quality of direct communication about drugs and alcohol between parents and children that predicts adolescents' anti-drug perceptions, rather than the quantity," said YoungJu Shin, assistant professor in the Hugh Downs School who served as co-investigator for the grant project. "One good conversation between a parent and a child can be better than a series of conversations.”

“Nicaraguans face unique substance-related challenges,” Pettigrew added. “For one thing, there is no legal drinking age, per se. The legal age for purchasing alcohol there is 18, but it is rarely enforced. Alcohol is relatively inexpensive and readily available. It is the most commonly used substance, which has led to numerous alcohol-related deaths. Because of this, the role that parents and prevention programs like Dale se REAL play in deterring teenage drinking is extremely valuable.”

Pettigrew is optimistic about the expansion of the program through the scouting program in Nicaragua. “Because of this agreement, hundreds more Nicaraguan youth will develop skills to keep them healthy throughout their lives.”

A team of scientists from Arizona State University’s School of Molecular Sciences has begun rethinking the evolutionary history of photochemical reaction centers (RCs). Their analysis was recently published online in Photosynthesis Research and describes a new pathway that ancient organisms may have taken to evolve the great variety of photosynthetic RCs seen today across bacteria, algae, and pl...

A team of scientists from Arizona State University’s School of Molecular Sciences has begun rethinking the evolutionary history of photochemical reaction centers (RCs). Their analysis was recently published online in Photosynthesis Research and describes a new pathway that ancient organisms may have taken to evolve the great variety of photosynthetic RCs seen today across bacteria, algae, and plants. The study will go into print later this summer in a special issue dedicated to photochemical RCs.

Photosynthesis is the process by which plants, algae and some bacteria use the energy from the sun to power their metabolism. Plants and algae use this light energy to make sugars from water and carbon dioxide, releasing the oxygen that we breathe. But certain bacteria carry out a simpler form of photosynthesis that does not produce oxygen, and is believed to have evolved first. 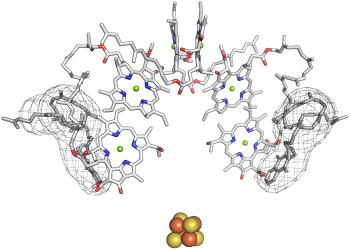 Arrangement of the cofactors in the HbRC, along with a possible position of the quinone cofactor, shown fit in the electron density of an unknown molecule (Gisriel et al., 2017). Download Full Image

The molecular engines in all photosynthetic organisms that convert light energy to chemical energy are called photochemical reaction centers. RCs are chlorophyll-containing proteins found in the cell membrane. Their first appearance and subsequent diversification has allowed photosynthesis to power the biosphere for over 3 billion years, in the process supporting the evolution of more complex life forms.

Two types of RCs exist today: Type I RCs support metabolism by moving electrons to soluble proteins, while Type II RCs move electrons to membrane-associated molecules. However, evidence has been building in the lab of professor Kevin Redding that the RC from the heliobacteria may be able to perform both of these functions, making it a functional hybrid of the two RC types.

The heliobacterial RC is thought to be one of the simplest RCs still around today. It is homodimeric, meaning that its core is composed of two copies of the same protein. This contrasts with the two RCs from oxygen-producing organisms like plants whose core is heterodimeric, having their core composed of two similar, but not identical, proteins.

It is believed that the RC arose only once during Earth’s history, and that all the RCs around today are distantly related to that original ancestor. Over time, these RCs have changed to perform different chemistries. While the amino acid sequences have changed a great deal, astonishingly, the overall structure of RCs has remained similar. The team believes that the ancestral reaction center (ARC) was simpler than the versions that exist today. This ARC was probably homodimeric and interacted with molecules in the membrane, like the modern Type II RCs (and the heliobacterial RC), instead of with soluble proteins.

It is very difficult to reconstruct these evolutionary steps, which took over 3 billion years to occur. One way in which this is generally done is to compare the amino acid sequences of the proteins and note the number of differences between them, assuming that more similarity means that they are more closely related. In their study, however, the team cautions against relying heavily on this method for RCs. The sequence differences are just too numerous and too much time has passed to obtain reliable information from this method. 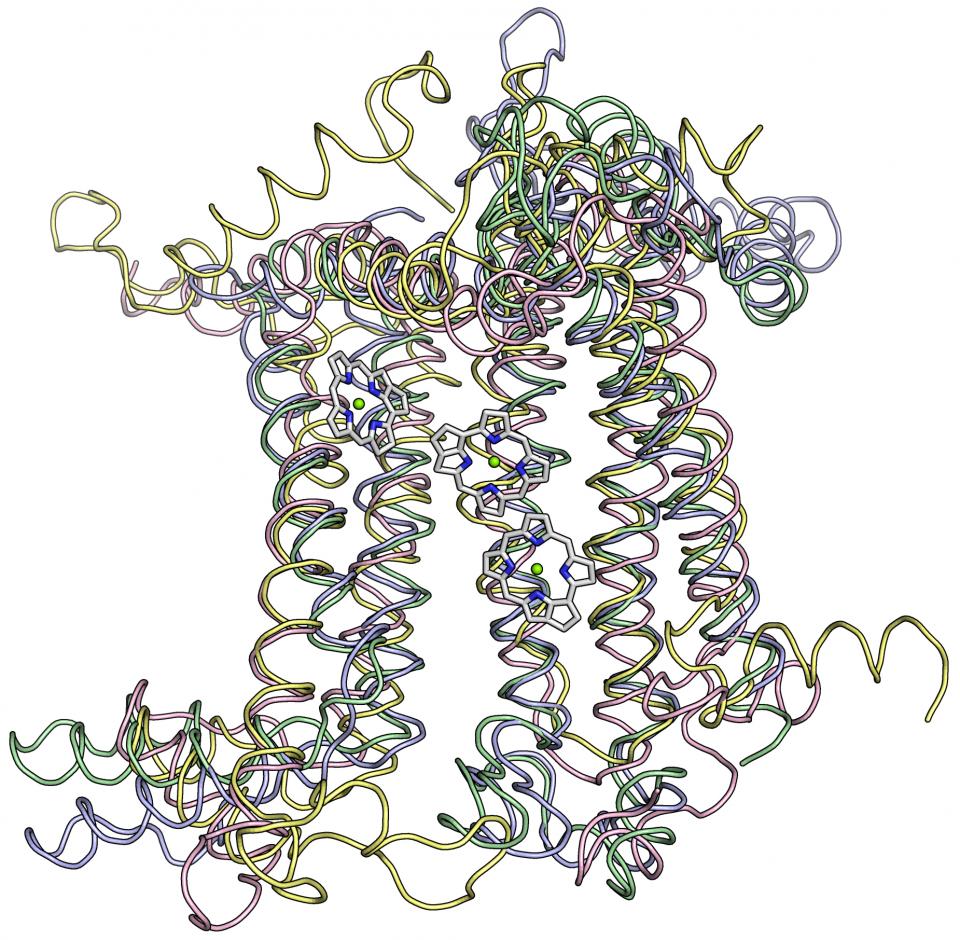 The team envisions that the ARC, in its simplest form, was probably rather inefficient at its chemistry. Its job was to use the energy of sunlight to provide two electrons to a membrane-associated molecule called a quinone. However, the ARC likely could loosely bind two quinone molecules, one on each side of the core. With two identical-looking quinones, the ARC was not able to prioritize which quinone would get electrons, making it less likely that either would get the two it needed.

Once the ARC had acquired the metal cluster, thus becoming the ancestor to all modern Type I RCs, more changes occurred to further direct electrons to a soluble acceptor, which resulted in extracting more energy for the cell’s metabolism. These included changes in the positions and identities of the chlorophyll cofactors. Much of the later changes in the Type I RCs were driven by the need to deal with the presence of oxygen, as the unstable intermediates within RCs can react with oxygen to generate very damaging molecules. In the opinion of the ASU team, the heliobacterial RC retains clear vestiges of the changes leading to the early Type I RC and that understanding the fine details in how modern RCs work allows for informed hypotheses about how they evolved.

The team included Greg Orf, Christopher Gisriel and Kevin E. Redding. This work was funded by the Division of Chemical Sciences, Geosciences, and Biosciences, Office of Basic Energy Sciences, of the U.S. Department of Energy through Grant (DE-SC0010575).