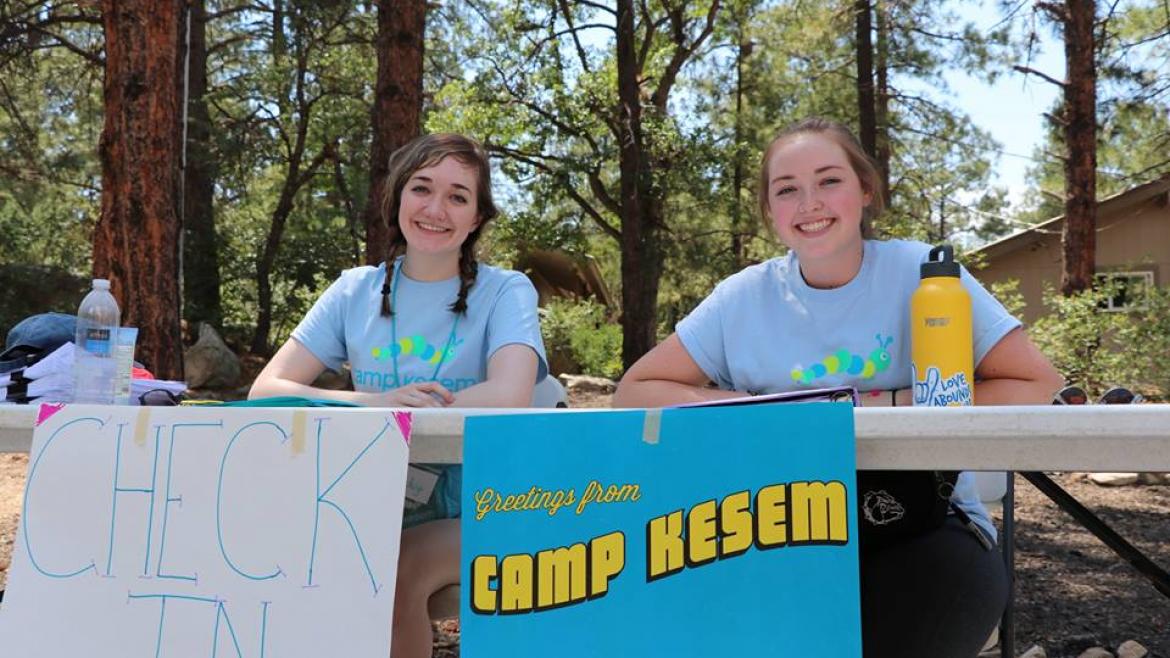 There are normal summer camps, and then there's Camp Kesem at ASU.
April 13, 2018

Sun Devils operate annual summer camps for children of parents diagnosed with cancer, at no cost to the families

It is mid-July and hundreds of children are running around the grounds at Camp Tontozona in Payson. From the outside, the smiling, giggling children look just like the thousands of other kids their age who attend summer camp each year.

This place, however, is different.

This is Camp Kesem, where the attendees are children of parents affected by cancer and the volunteer counselors are students from Arizona State University.

KesemThe group chose the word Kesem, which means “magic” in Hebrew, because its goal was to bring “magic” to families coping with cancer. was founded at Stanford in 2000 as a way to provide a distraction for those kids who suffer from the harsh daily realities of dealing with a parent's serious illness. It has since expanded to over 100 chapters in 40 states across the country, including the ASU camp that is run, organized and funded completely by students.

"We give our campers the ability to transform their life while they go through an impossibly difficult time," said Ashlyn Gonzales, the director of Camp Kesem at ASU. "Kids leave our camp a totally new person and it isn't uncommon for parents to ask us what happened to the kid they dropped off. We're able to give them connections with other children who can normalize what they're going through."

Support at every level

Gonzales, a psychology major, is a senior at ASU and has held her director position at Kesem for the past two years. She works year-round along with her staff of ASU students to prepare the two, one-week camps held during the summer.

Her Kesem ties date back to her first year on campus, when the organization helped her through a personal loss of her own.

"I joined my freshman year because I was lost and alone as an out-of-state student," she said. "I lost my dad in a motorcycle accident my senior year of high school and then had to move away from my support system. I was thinking about transferring back home until I found Kesem, so we can not only transform the lives of our campers but of the student volunteers as well."

Those volunteers donate their time by preparing various activities for the visiting children while also providing emotional support through sit-downs and chats with the campers throughout the week.

The campers come from all around Arizona. Some even graduate to become counselors-in-training by the time they are 17, going through a mentoring process that includes help with résumé building and college applications and professional development skills.

In the past four years, eight counselors-in-training have gone on to attend ASU and become Camp Kesem counselors themselves.

Those nicknames and many, many more are used throughout camp by both volunteers and children as a way to "become someone else" for a week.

Vanessa Villalobos (aka Ponyo) is only a sophomore at ASU but serves as one of the organization's top fundraisers. She says that the camp names help give everyone a sense of freedom while they are away.

"It really helps our campers identify themselves as their own person and not as someone with a parent who has cancer," Villalobos said. "They can be free from all the constraints that hold them back and just have fun as a kid."

Outside of the two camp weeks, this is the biggest time of the year for Camp Kesem at ASU. It's gala time.

Make the Magic, the camp's yearly fundraiser, happens on April 20. The gala gives the volunteers an opportunity to show the outside world just how special Kesem can be.

“It is aimed at bringing together community members and supporters of Camp Kesem," said Villalobos, this year's Make the Magic coordinator. "This year's gala will be a dinner in which a past counselor, camper and camper parent (who is also an ASU professor) speak and show the impact the camp can have on the lives of the people involved."

"To make an impact on a child that lasts a lifetime is a feeling that you cannot fully explain," Villalobos said. "It's really priceless."

This year's camp dates are July 8–13 and July 15–21. To support Camp Kesem, you can purchase tickets to Make the Magic or make a donation.

@SunDevilMGolf Tied For Lead Entering Final Round at the Thunderbird Invitational

@SunDevilMGolf and UNLV are even heading to the final 18 on Sunday at Karsten's Thunderbird Invitational. ...

@SunDevilMGolf Tied For Lead Entering Final Round at the Thunderbird Invitational @SunDevilMGolf and UNLV are even heading to the final 18 on Sunday at Karsten's Thunderbird Invitational.