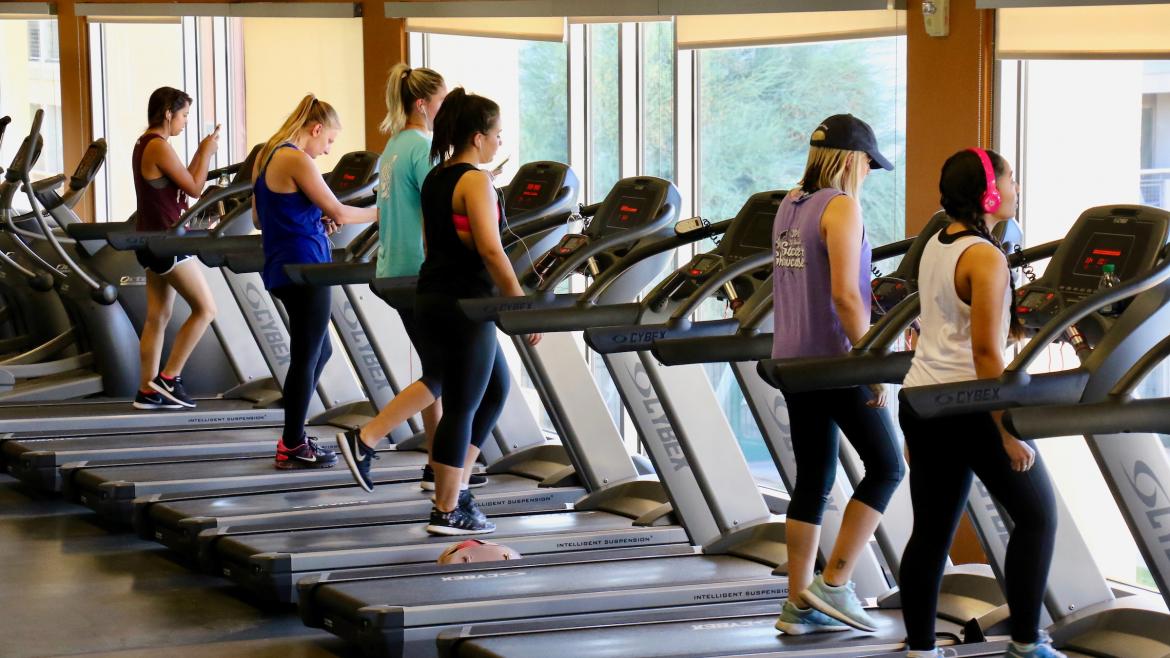 What's new in the updated Physical Activity Guidelines for Americans?

The physical fitness arena is no stranger to fads. One day it’s yoga this, the next it’s CrossFit that. So it can be difficult to suss out what’s really beneficial to your health and what’s just the flavor of the month.

In 2008, the U.S. Department of Health and Human Services sought to rectify that situation when it introduced the first-ever Physical Activity Guidelines for Americans. This year, the department will release an updated set of guidelines to reflect the latest, most accurate scientific evidence regarding physical activity.

Matt Buman, associate professor in Arizona State University's College of Health Solutions, served as one of nine special consultants for the 2018 Physical Activity Guidelines Advisory Committee Scientific Report, which will inform the updated guidelines, to be released later this year.

“Before these guidelines, there were recommendations [regarding physical activity] given by various organizations: the American College of Sports Medicine, the National Academy of Medicine, etc.,” Buman said. “But a recommendation is different than a guideline in that a guideline is coming from the federal government, so it’s coming from an organization which has the ability to impact policy and how we as a society organize ourselves to achieve those ends.”

The guidelines have the ability to influence not just the individual person but also organizations, government and even other countries who might look to the U.S. for leadership in this area.

Buman, who researches physical activity and behavioral change, served on the health promotion subcommittee. He and fellow researchers and experts waded through hundreds of reviews of collections of studies, determining whether the evidence for certain health recommendations was weak, moderate or strong.

ASU Now chatted with Buman, who is on sabbatical in Australia researching sedentary behavior, to learn more about the findings of the latest report and what they mean. 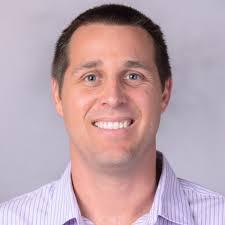 Question: What’s new about the report this time around?

Answer: The health promotion subcommittee that I was a part of didn’t even exist in 2008. And there were no statements made in 2008 about what kinds of programs work and don’t work to promote physical activity. This is the first time it will address that. Before, the focus was just on how much activity and what type of activity you should be doing, but not about what types of programs can help you get there. So that’s incredibly new, the recognition that there is a basis of evidence out there about what helps get people moving.

Q: Will there be any changes to the previous physical activity guidelines?

A: What will actually come out in the guidelines is still yet to be seen. However, I can certainly comment on some key differences and new areas of evidence that are emerging in the report. One of which is this idea that physical activity must be accrued in bouts of 10 minutes or longer. That’s no longer something that there tends to be strong evidence for. Essentially, all physical activity counts, whether it’s accrued in one-minute bouts or 10-minute bouts. The evidence being reviewed suggested that it didn’t matter how it was being accrued, which I think is a really important message. It says, look, get out and move, and don’t worry about all the specific rules of how long you’re moving and all that kind of stuff. Just get out there and move, and it’s going to be beneficial for your health.

Another key difference is a greater recognition of sedentary behavior (defined as sitting). While there’s still lots of evidence emerging on sedentary behavior and how much is bad and that kind of thing, one key takeaway here is the recognition that sedentary behavior does matter. For most people, too much sitting is not good for you, unless you’re achieving incredibly high levels of moderate to vigorous physical activity. The evidence suggests that if you’re well exceeding 150 minutes per week of moderate to vigorous activity, then you can kind of sit as much as you want. But if you’re down below 150 minutes, which is the vast majority of the U.S. population, then you really ought to be thinking about how much time you spend sitting throughout your day.

Q: You’ve done quite a bit of research on sedentary behavior. How do you get people to sit less?

A: It’s a completely different set of strategies than getting people to exercise more. Sitting is something that’s totally engrained in our psyche. We don’t even think about it. We just do it all the time, and the workplace is one of those places where it’s most likely to occur, particularly for people who have office jobs. The preliminary results of our research are showing that — at least among office workers who sit most of the day — to get them up and moving, or even just standing, it really requires a sit-stand work station. And when we’re able to get people to stand more at work, we’re observing meaningful changes in cardiometabolic risk, particularly among those who are already at risk. So standing more does tend to produce better outcomes, and it does lower cardiometabolic risk.

A: In 2008, the guidelines said 150 minutes of moderate to vigorous physical activity per week is likely to confer health benefits. So that tells us programs focusing on walking — which is moderate exercise — are important. Because if we can accrue 150 minutes of just walking, it has important health benefits. That unleashes the possibility for all sorts of new programs that focus on walking, which is an easy activity to adopt, and we can now invest in better infrastructure, like sidewalks and walking pads that allow people to achieve that guideline.

Q: How might the average person find these guidelines useful?

A: Knowing how much and what kind of physical activity to do can be very tricky. Even knowing that 150 minutes of moderate to vigorous activity is beneficial can be confusing because some might wonder, well, is it 30 minutes a day, or is it 150 a week? And what qualifies as “moderate” activity? It can be complicated, so these guidelines serve as reminders and encouragement.

Who's smarter in the classroom — men or women?

If you believe it, you can achieve it. You’ve probably heard this motivational phrase more than once. But what if your beliefs about your own intelligence compared to others come down to your gender? A first-of-its-kind study shows that in the college biology classroom, men perceive themselves as smarter, even when compared to women whose grades prove they are just as smart. The study, published...

Who's smarter in the classroom — men or women?

If you believe it, you can achieve it.

You’ve probably heard this motivational phrase more than once. But what if your beliefs about your own intelligence compared to others come down to your gender? 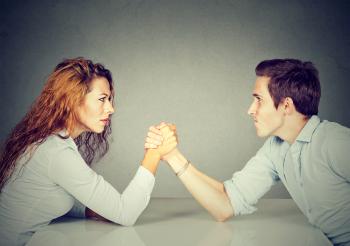 A first-of-its-kind study shows that in the college biology classroom, men perceive themselves as smarter, even when compared to women whose grades prove they are just as smart. Photo credit: iStock

A first-of-its-kind study shows that in the college biology classroom, men perceive themselves as smarter, even when compared to women whose grades prove they are just as smart. The study, published April 4 in the journal Advances in Physiology Education, shows that gender greatly impacts students' perceptions of their own intelligence, particularly when they compare themselves to others.

Katelyn Cooper, a doctoral student in the Arizona State University School of Life Sciences and lead author of the study, has talked with hundreds of students as an academic adviser and those conversations led to this project.

"I would ask students about how their classes were going and I noticed a trend,” Cooper said. “Over and over again, women would tell me that they were afraid that other students thought that they were 'stupid.’ I never heard this from the men in those same biology classes, so I wanted to study it."

The ASU research team asked college students enrolled in a 250-person biology course about their intelligence. Specifically, the students were asked to estimate their own intelligence compared to everyone in the class and to the student they worked most closely with in class.

A previous ASU study has shown that male students in undergraduate biology classes perceive men to be smarter than women about course material, but this is the first study to examine undergraduate student perceptions about their own intelligence compared to other people in the class.

Is this a problem?

"As we transition more of our courses into active learning classes where students interact more closely with each other, we need to consider that this might influence how students feel about themselves and their academic abilities,” said Sara Brownell, senior author of the study and assistant professor in the school. “When students are working together, they are going to be comparing themselves more to each other. This study shows that women are disproportionately thinking that they are not as good as other students, so this a worrisome result of increased interactions among students."

Brownell added that in a world where perceptions are important, female students may choose not to continue in science because they may not believe they are smart enough. These false perceptions of self-intelligence could be a negative factor in the retention of women in science.

Cooper said: "This is not an easy problem to fix. It's a mindset that has likely been engrained in female students since they began their academic journeys. However, we can start by structuring group work in a way that ensures everyone's voices are heard. One of our previous studies showed us that telling students it's important to hear from everyone in the group could be enough to help them take a more equitable approach to group work."