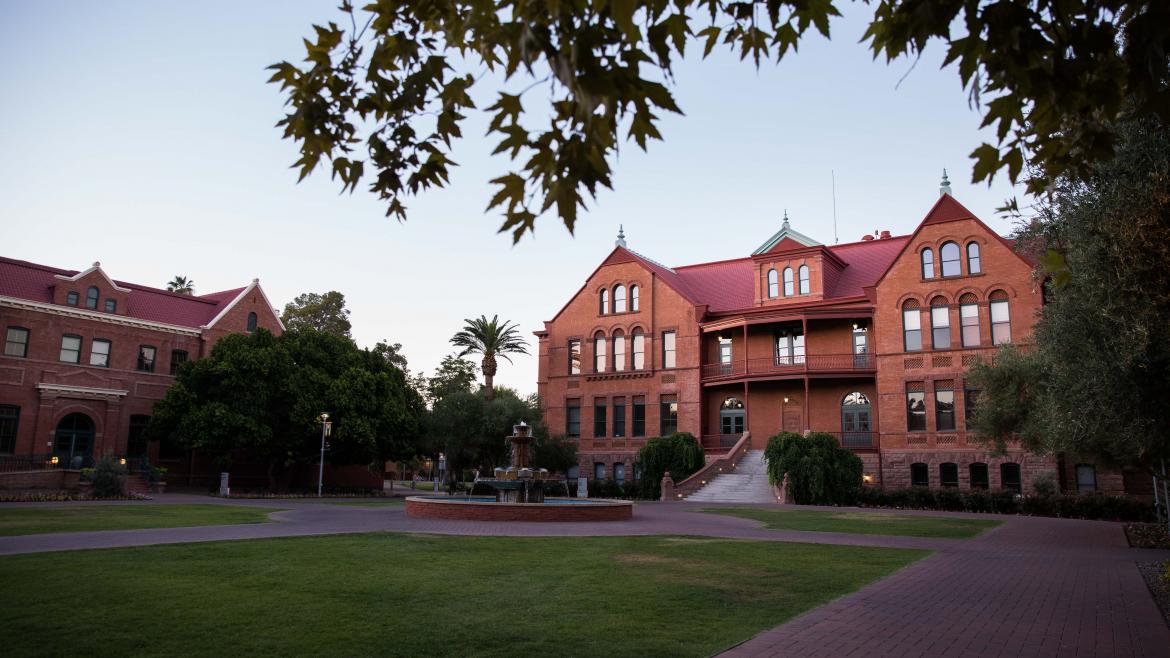 Arizona State University has become the 37th school to join the American Council of Learned Societies (ACLS) Research Consortium. The academic leadership group focuses on the fields of humanities and social sciences and is one of the most respected research groups in the country.

As a member of the consortium, ASU will work with the ACLS to increase monetary assistance in social sciences and the humanities. The group also aims to increase the number of merit-based, competitive and peer-reviewed ACLS Fellowships in those fields.

"Right now, ACLS is the single-largest funder of research fellowships for humanities faculty in the country," said Jim O'Donnell, university librarian at ASU Library and chair of the ACLS Board of Directors. "They pulled together this consortium of leading research universities about 10 to 15 years ago. Since then, the schools involved make a 10-year commitment, doing so both as a way to invest publicly in the future of humanities research and also increasing the pool of funds that their own faculty get to compete for."

The ACLS was founded in 1919 as a way to advance humanistic studies in all scholarly fields. The group also holds a periodic consortium meeting (about every 18 months), which allows members to discuss the recent trends and relevant issues in the field of humanities.

Those who attend the meeting get to help form the direction of the next round of research, in addition to assisting with a peer-review process amidst talks of university enrollment and public interest. With their newfound membership, ASU has been invited to the next meeting in New York in October.

Jeffrey Cohen, who will take over as ASU's Dean of Humanities on July 1 and has a pair of ACLS Fellowships under his belt, says that the new membership fits in directly with the university's innovative initiatives for humanities.

"ASU is known for its cross-disciplinary collaboration," Cohen said. "They challenge what have become the unthought norms of higher education. The ACLS supports scholarly work that helps increase the diversity of various fields, and these are commitments that ASU shares."

While the membership provides some philosophical and economic benefits, there are other advantages for ASU.

The inclusion in the elite, 37-member group is just one in a long line of recent pieces of recognition for the university.

"It allows deans and professors from around the country to see that ASU is on the A-team," O'Donnell said. "We're at the point where we are naturally in the club of places that are important, in a way that little Arizona State College of 1957 wasn't. We've come a long way."

Just as the cotton gin, steam power and machine tools changed the world during the Industrial Revolution, the gig economy and artificial intelligence (AI) are a reality today and promise to modernize the landscape of our society. Academic experts, community business leaders and W. P. Carey School of Business partners recently gathered to discuss these issues at the Industry Partners Conference tit...

Who — or what — will take over your job? Will it be a contract worker or robot?

Just as the cotton gin, steam power and machine tools changed the world during the Industrial Revolution, the gig economy and artificial intelligence (AI) are a reality today and promise to modernize the landscape of our society. 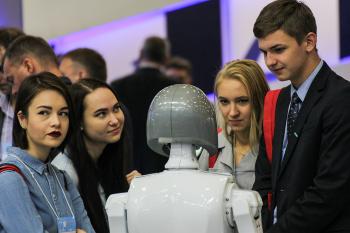 AI applications range from the automation of mundane tasks like depositing a check into your bank account via your phone to voice-activated devices like Amazon’s Alexa. It also includes facial-recognition software and self-driving cars. The current phase of AI is machine learning, which uses code to teach machines to think like humans and learn for themselves rather than telling machines everything they need to know to complete a task.

Artificial intelligence is already part of our daily lives, global technology company Insight chief information officer Michael Guggemos told the audience in his keynote presentation at the conference. “We’re living in a world of software. We have things that were unbelievable just a couple years ago.”

Technology is already ahead of the curve, Guggemos continued, and society is just figuring out what to do with it and how to make the most of everything it offers. “We are on the threshold of a watershed moment, as it comes to businesses, as it comes to technology, as it comes to how we interact with things, but the reality is, there’s going to be another one.”

There are potential drawbacks, however.

As machines are used more, there is concern that technology will replace jobs, increase unemployment, and even create a need for a universal-base income, welfare for all, said ASU Professor Subbarao Kambhampati.

“Mothers, don’t let your kids grow up to be radiologists,” he said. The same goes for paralegals, and someday soon truck drivers and many other repetitive, rules-based professions, he explained.

Kambhampati, who is a professor in the School of Computing, Informatics, and Decision Systems Engineering, is also president of the Association for the Advancement of Artificial Intelligence and widely known as an academic authority on AI.

As a panelist at the conference, Kambhampati said many of the jobs in jeopardy of being replaced are white-collar jobs.

Professor Santanam and W. P. Carey School of Business doctoral students looked at data to determine what jobs have a 99 percent likelihood of being replaced by a computer and where those jobs are — the least-affected state will be Mississippi and most-affected will be Arizona. Evidence, perhaps, that Kambhampati’s theory that white-collar — not blue-collar — jobs are more at risk, Santanam said.

Jobs that won’t be replaced by machines anytime soon are those that are hard to automate, Kambhampati said, like care workers for the sick and elderly. Those jobs may even begin to get paid more.

“Maybe this is a good way for society to come to terms with its value system,” he said.

Co-panelist Greg Bell, who is vice president of marketing and community at Topcoder, a computer programming, design and development company, said AI isn’t as scary as some Hollywood movies would have us believe. AI is penetrating our everyday lives, he said, and is creating a lot of opportunity for businesses. His company recently worked with a dentist who wanted to build an application that looked at X-rays and could diagnose common dental problems.

“He isn’t working himself out of a job,” Bell said. “He is creating value for his patients and providing better customer service.”

There is also huge potential for AI in the classroom, said panelist Collin Sellman, head of learning analytics and data science at education product and service company Pearson, Inc. While Sellman fundamentally doesn’t believe AI or machine learning will replace teachers, he does think there is a place for smart devices in the classroom. He gave an example of using AI as a teacher’s assistant, helping grade papers, collecting data on students’ progress, and telling the teacher what areas need extra attention and focus.

One important function most artificially intelligent machines don’t yet have is common sense, Kambhampati said, which provides some job security for now.

Transition to a gig economy

Another workforce phenomenon threatening to take over traditional full-time jobs is the gig economy. Gig, as in a short-term job, like a rock band plays a gig. Most gig workers are independent contractors that receive a 1099 for their work versus a W2. Employers don’t give these workers health insurance or benefits, making them more affordable than a traditional full-time employee.

A study by Intuit predicted that 40 percent of workers in the U.S. will be independent contractors by 2020, making traditional full-time, full-benefit jobs harder to find.

Temple University Professor Paul Pavlou moderated the panel at the conference and asked experts what effects the gig economy is having on society today.

Panelist Chris Opfer, managing editor at Bloomberg BNA, said gig workers are typically considered entrepreneurs, as they are their own bosses. Some jobs that are part of the gig economy are Uber drivers, Airbnb renters, handymen, TaskRabbit workers and Doordash delivery drivers.

“We’re going to continue to see more gig work and the gigification of what were traditional jobs,” he said.

While these workers don’t get the benefits of full-time employees, businesses are trying to determine whether these workers should get other protections, like minimum wage protection, unemployment, and protection against sexual harassment and discrimination, Opfer said.

Rachelle Celebrezze, a senior policy advisor at Lyft, said many of their drivers are students or retirees and those that aren’t looking for full-time, traditional, behind-a-desk work. Most drivers want to supplement their income and drive fewer than 20 hours per week.

While robots and gig workers may not be taking over your job today, the possibility is real, Santanam said. “It’s an exciting time and the conversation needs to continue.”