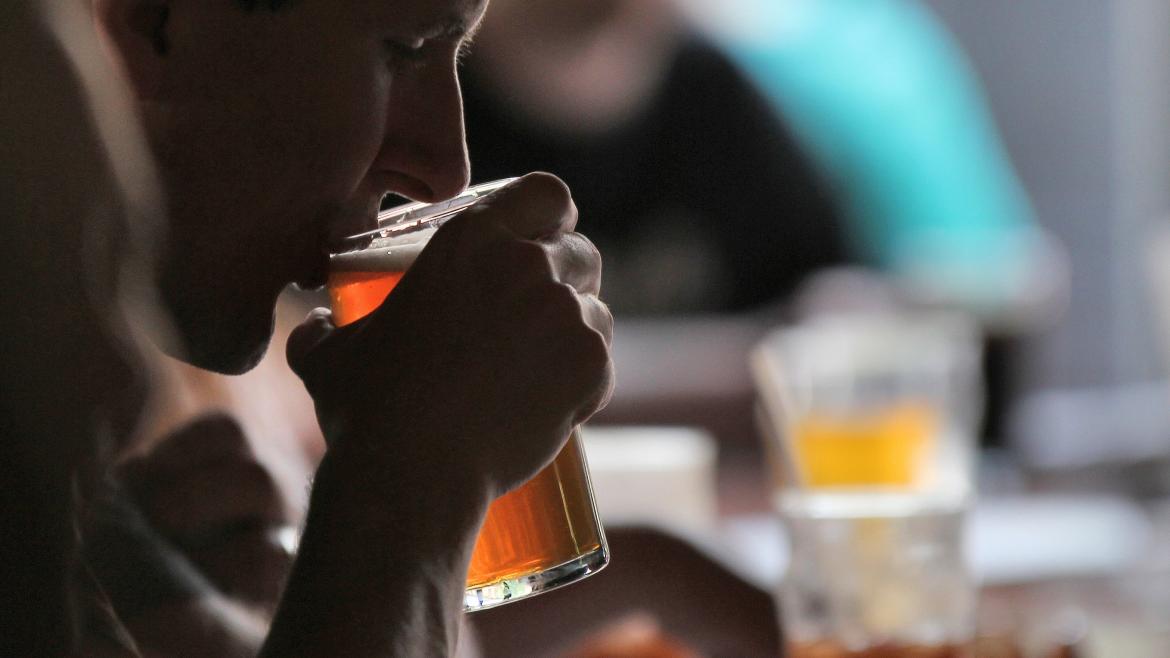 Breakthrough in prevention of underage drinking

The legal drinking age in the United States might be 21 years, but teenagers and pre-teens drink over 10 percent of all alcohol consumed in the country.

Adolescents who experiment with drugs including alcohol are more likely to develop lifelong substance abuse problems, but researchers in Arizona State University’s Department of Psychology have created a highly-effective program to decrease alcohol use in teenagers. Just spending 18 hours in the program produced protective effects against teenage alcohol misuse that were long-lasting.

“We found that just helping middle school students and their parents engage in school and with each other more effectively protected those students from problem alcohol use five years later, when they were seniors in high school,” said Nancy Gonzales, Foundation Professor of psychology and associate dean of faculty at ASU. She is lead author on the study about the program, which will be published in the March 21 issue of JAMA Psychiatry.

“Adolescence is a critical period for the development of addiction disorders,” Gonzales said, “and kids who start drinking before age 14 have a significantly higher risk of going on to develop problem drinking.”

The researchers recruited seventh graders and their parents to participate in the program, called Bridges in English and Puentes in Spanish, from Title 1 schools with large populations of Mexican-American students. Compared to other adolescent groups, Latino teenagers have an increased risk of alcohol abuse.

Families were assigned to the intervention, which consisted of nine interactive workshops, or they were assigned to a control group and completed a workshop. The interactive sessions were led by teachers who had been trained by the ASU researchers. Each session taught parents and students a skill, such as good listening practices or strategies for talking about difficult topics, and had them practice as a family.

For example, the first session of the program had the students brainstorm about their futures by focusing on future images of themselves. The parents learned about listening and communication skills. When the families reunited at the end of the session, parents listened to their child’s thoughts about their future and then discussed how they could work together to achieve future goals. Throughout the program, parents also learned how to motivate and support their children’s development and grit, and students practiced skills for self-control and dealing with life challenges.

Reduced alcohol use in at-risk teenagers

The effect of the Bridges/Puentes program on the students who reported alcohol use as seventh graders was striking. As seniors, these teenagers reported less drinking during the previous year and fewer times when they were drunk compared to the teenagers who participated in the control condition and reported alcohol use in seventh grade. Importantly, the Bridges/Puentes participants were 2.5 times less likely to meet the criteria for alcohol use disorder, which can be a precursor to lifelong substance abuse disorders.

“The Bridges/Puentes program had a developmental snowball effect on the participants and was protective against alcohol abuse five years later,” Gonzales said.

The reduction in alcohol use in seniors who started experimenting early is important because even small reductions in adolescent drinking and rates of alcohol use disorder can have a cascade effect on other public health problems like alcoholism and substance abuse disorders, risky sexual behavior and other health problems.

The Bridges/Puentes program was geared towards middle schools with a high Mexican-American enrollment, but the program is a universal evidence-based intervention. Any family at the school was allowed to participate, and the researchers found protective effects for all participants.

“We found many effects from this universal intervention,” Gonzales said. “This study reports alcohol use, but we found positive effects on grades, behavior at school, rates of high school graduation and family conflict.”

With funding from the National Institute on Drug Abuse, the ASU researchers are now working to streamline the Bridges/Puentes program down from 9 sessions with the goal of scaling it for use in middle schools throughout the country.

“Middle school is an optimal time for families, schools and teenagers to come together around a common goal of promoting student success, “Gonzales said, “and in the process, they will reduce problems like drug abuse.”

ASU students innovate for the world, with the world at Devils Invent

If you had the opportunity to make a difference in the world, would you clean up coastlines and oceans? Provide electricity to remote villages? Bring back a species from the edge of extinction?More than 400 students from 13 universities around the world did just that during Invent for the Planet, a 48-hour global design challenge hosted by Texas A&M University.The Arizona State University port...

ASU students innovate for the world, with the world at Devils Invent

If you had the opportunity to make a difference in the world, would you clean up coastlines and oceans? Provide electricity to remote villages? Bring back a species from the edge of extinction?

More than 400 students from 13 universities around the world did just that during Invent for the Planet, a 48-hour global design challenge hosted by Texas A&M University. 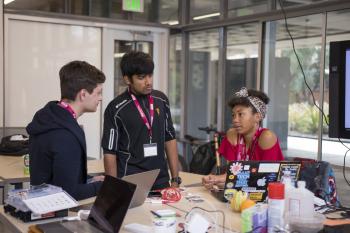 ASU students worked with students from around the globe during Devils Invent – Invent for the Planet to solve high impact, global problems together. Photographer: Marco-Alexis Chaira/ASU Download Full Image

The Arizona State University portion of the event was the latest in a series of engineering and design challenge events known as Devils Invent.

Students were encouraged to design, build and implement innovative solutions to challenging problem statements submitted by community, industry and university partners. Participants from Arizona to Myanmar interacted and collaborated together, learning what it means to be a global innovator.

Pee-Squared chose to tackle the issue of providing electricity to remote villages.

“In developing countries, there is little to no access to electricity, so an off-the-grid solution is necessary that will allow students to study in the dark hours after the sun goes down,” Zamora said. “…Knowing this, we each knew that we needed to create a portable, modular, durable, inexpensive and easily maintained study lamp of sorts.”

The team created a miniature fuel cell out of the magnesium provided in fire starter kits as well as the nickel and copper present in coins such as nickels, dimes and quarters.

“We wanted to take advantage of the in-cell reduction potential that takes place in the ionized sodium and chloride ions that are present after dissolving salt in water,” explained Zamora. “This creates voltage across the different potentials, which enables a light to be powered. For Devils Invent, we created a 3-D print of what we had envisioned the finished product to look like.”

The team will continue the project in an Engineering Projects in Community Service FSE 494 course known as EPICS.

“We are thinking about increasing the number of compartments in the body of the lamp so we will be able to use more potential differences that create more voltage and amperage as a result,” Zamora said. “This means it is definitely plausible that we could power a study light using only salt and water, or urine, which was the initial idea because it is readily available.”

The team is looking to implement this design in parts of the world where it has the capacity to improve the educational experiences of young, aspiring students.

“We look forward to changing the design so it is capable of doing what the students in remote villages need it to do for their studies,” Zamora said. “This has such potential, and we hope to develop it so that it can meet that potential so it can help students in the maximum amount possible.”

The Devils Invent competition was a great experience for the team.

“This was my first Devils Invent competition, and it far surpassed my expectations,” Zamora.said. “I had a full 48 hours of fun both designing the model and working with it as well as passing the time with new and familiar faces from around campus. I highly encourage participation in Devils Invent because it is a very good introduction to what engineering really is and why it is so important.”

Devils Invent events occur multiple times each semester and are hosted by Entrepreneurship + Innovation at the Fulton Schools. The next one will take place March 23–25, on ASU’s Polytechnic campus. Sign up to participate or volunteer at entrepreneurship.engineering.asu.edu/devils-invent.