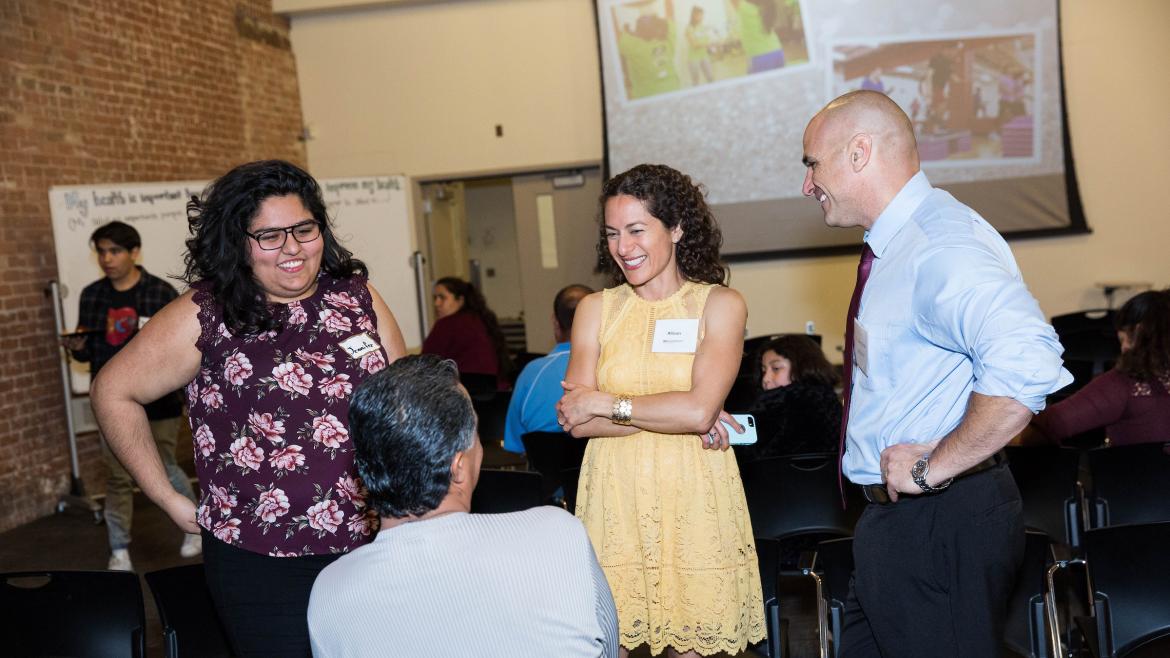 A step forward in diabetes prevention for Latino youth

According to recent reports, diabetes is on the rise among youth in America, with minorities at particular risk. At Arizona State University, researchers are working to address the issue among Latino youths, whom the Centers for Disease Control estimate up to 50 percent of will develop Type 2 diabetes in their lifetime.

On Thursday evening at the Downtown Phoenix campus, it was announced that the National Institute on Minority Health and Health Disparities has awarded the ASU Southwest Interdisciplinary Research Center (SIRC) a five-year grant of roughly $1.5 million to follow-up on an earlier long-term study of obese Latino youth who underwent a diabetes prevention intervention.

The results of the initial study were shared Thursday with the youths — now young adults — who participated, and they were promising: those who underwent the intervention showed signs of improvement in their overall health, diabetes risk factors and quality of life, and some of those improvements were sustained over time.

The second phase of the study will bring together a diverse group of investigators and community partners to focus specifically on contextual factors, such as how one’s family, home and neighborhood influence health trajectories during the transition from adolescence to adulthood.

“Most studies just look at individual behaviors, such as changes in nutrition or physical activity,” said Allison Williams, program manager of research at the Center for Health Promotion and Disease Prevention. “But we’re also looking at how these contextual factors are related to their health profile and their diabetes risk over time.”

The initial study began in 2012 and followed groups of 14- to 16-year-old obese Latinos through a 12-week diabetes intervention program, assessing their health before the program, immediately afterward and nine months later to determine if it worked and for how long.

Over the course of the 12-week program, the youths attended a nutrition education class once a week and a physical activity class three times a week, all at the Valley of the Sun YMCA.

The nutrition classes, taught in both English and Spanish by health educators and registered dietitians from St. Vincent De Paul, were also attended by the youths’ parents. There, they learned how to interpret their own lab results, such as what a healthy fasting glucose range is, and were given homework assignments such as shopping for unfamiliar vegetables and preparing them at home.

“To have a parent present and involved in getting healthier made it a lot easier,” said Jennifer Hernandez, who was 16 at the time of the study.

Gabriel Shaibi, an associate professor at ASU’s College of Nursing and Health Innovation and principal investigator, said they learned that family involvement in the intervention is “critical for making the changes in how these kids think and feel about themselves, which then in turn is important for the long-term effects on diabetes risk.”

The physical activity classes were led by a personal trainer at the YMCA, and consisted of moderate to vigorous activities like basketball and volleyball — the goal was to help the youths build confidence and learn how to incorporate exercise into their daily lives while still having fun. 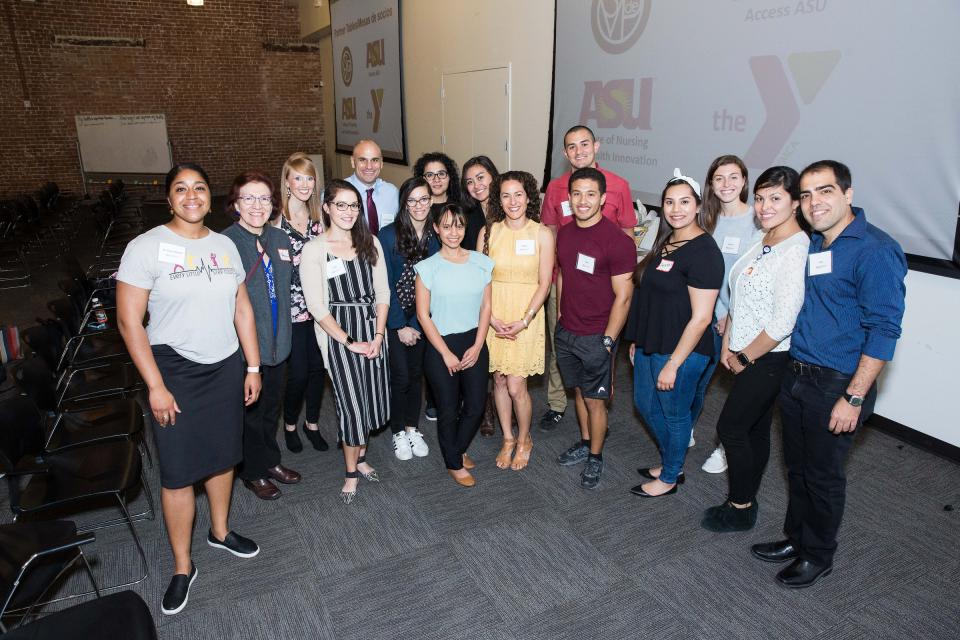 Team members of the diabetes prevention intervention study presented their results to the community on Thursday evening at the Downtown Phoenix campus. Photo by Deanna Dent/ASU Now

Karen Mondaca didn’t participate in sports during high school, but after going through the intervention, she took up rugby and track in college. Now 22, the Haverford College sociology senior said she still plays rugby and makes it a point to exercise daily.

Immediately after the program, the majority of youths saw an improvement in their health and diabetes risk factor. Of the nearly 25 percent of youths who had been pre-diabetic before undergoing the intervention, 80 percent were no longer pre-diabetic afterward.

Nine months after the program, just over half of all the youths who underwent the intervention were able to maintain their health improvements. About a quarter stayed the same and about a quarter showed signs of worsening health — researchers hypothesize that the latter could be due to biology or environmental factors.

“Over the course of the lifespan, we’re still talking 12 weeks and 12 months, when we are trying to make an effect on the rest of their lives,” Shaibi said. “So we don’t yet have that holy grail of what the long-term solution is.”

They’ll know better when they begin the next phase of the study, where the first step will be to assess the health of the former youths who participated in the intervention today, four years later. From there, researchers will look at how contextual factors, such as the influence of family, peers and neighborhoods, may have affected their health in the years since the intervention.

“Our job now is to figure out what about those contextual factors needs to be integrated into the intervention in a meaningful way,” Shaibi said. “And that could be anything from how walkable is your neighborhood, to how accessible are fresh fruits and vegetables?

“We’re hoping that this research will help inform policies for health promotion and diabetes prevention in the future.”

Now reunited with the former youths, Williams is excited at what the research team stands to learn from them.

“We’re excited to think about ways to re-engage them, and not just by having them come back to learn about their diabetes risk, but listening to what they can teach us and how that can inform the interventions,” she said.

At Thursday’s event, the College of Nursing and Health Innovation had booths set up where the study participants, now college-aged, could learn about educational opportunities with the school.

“We really are committed to the folks from the community who we’re doing research with,” Williams said, “and maybe we can even help them get into careers in the health profession so that they can be the ones solving the problems tomorrow.”

Top photo: (From left) Study participant Jennifer Hernandez, program manager of research at the Center for Health Promotion and Disease Prevention Allison Williams and Associate Professor Gabriel Shaibi talk with a community member during an event to discuss their study results at the A.E. England building on the Downtown Phoenix campus on Thursday, March 15. Photo by Deanna Dent/ASU Now

The Arizona State women's basketball team opens play in the 2018 NCAA Tournament on Saturday (2:30 p.m. CT/12:30 p.m. PT) when it faces Nebraska at the University of Texas' Frank Erwin Center in Austin, Texas. ... The Arizona State women's basketball team opens play in the 2018 NCAA Tournament on Saturday (2:30 p.m. CT/12:30 p.m. PT) when it faces Nebraska at the University of Texas' Frank Erwin Center in Austin, Texas.