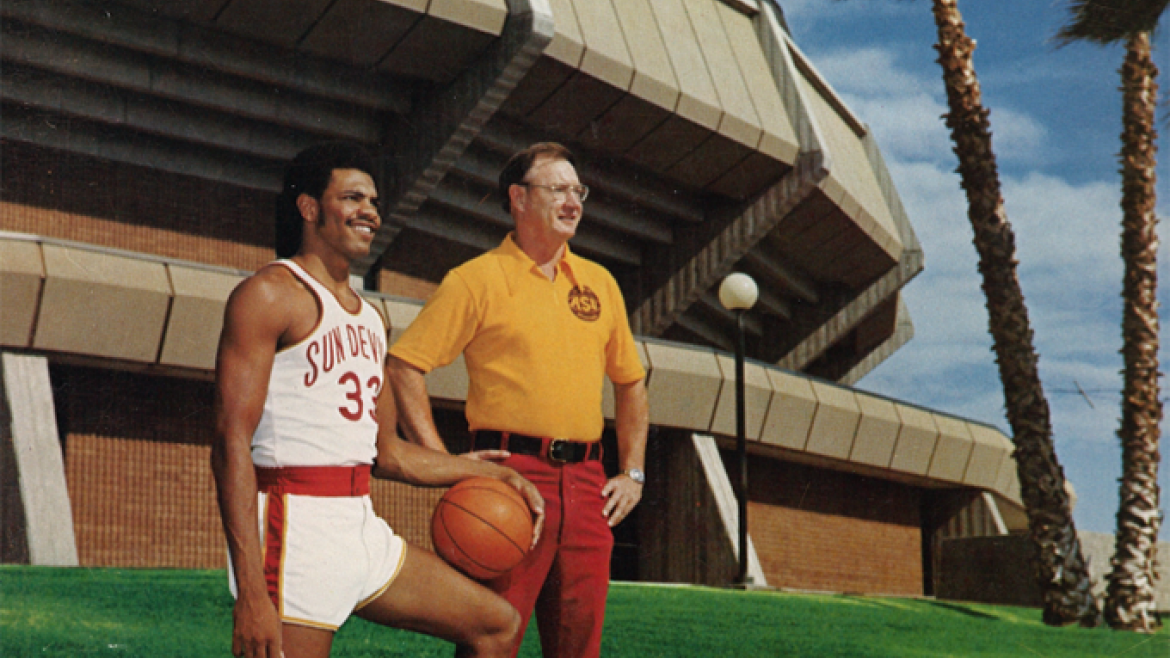 The Sun Devils’ selections mark the first time since 2014 that both teams are in their respective tournaments, and follows what has been an unforgettable season for ASU basketball, particularly for men’s hoops, which included an upset victory over the No. 2 ranked Kansas Jayhawks and a perfect 12-0 season start, the first in the program’s history.

ASU basketball, according to ASU Library’s Rob Spindler, university archivist, is part of a long tradition of excellence that predates the national rise of the Arizona Wildcats and even the NBA’s arrival to the Valley of the Sun.

“Before Coach Hurley, before James Harden and before the "Curtain of Distraction," Arizona State University was home to a basketball powerhouse that produced NBA players like Joe Caldwell and Lionel Hollins,” Spindler said. "Particularly strong years for ASU men’s basketball occurred between 1957 and 1982, under the leadership of Coach Ned Wulk, for whom the court in Wells Fargo Arena is named, when the Sun Devils recorded 16 winning seasons and made nine NCAA appearances, three of which were Elite Eights."

As the university’s historian, Spindler is looking to bring this history to the forefront through a project to digitize and make publicly accessible hundreds of hours of athletics film footage, capturing some of Sun Devils’ greatest moments on the field, in the pool and on the court.

A significant portion of the archival material, which Spindler began acquiring in 1997, originates from ASU’s early winning basketball years.

“One of the greatest Sun Devil basketball teams was from the 1981–82 season,” said Spindler, who has the tape to prove it. 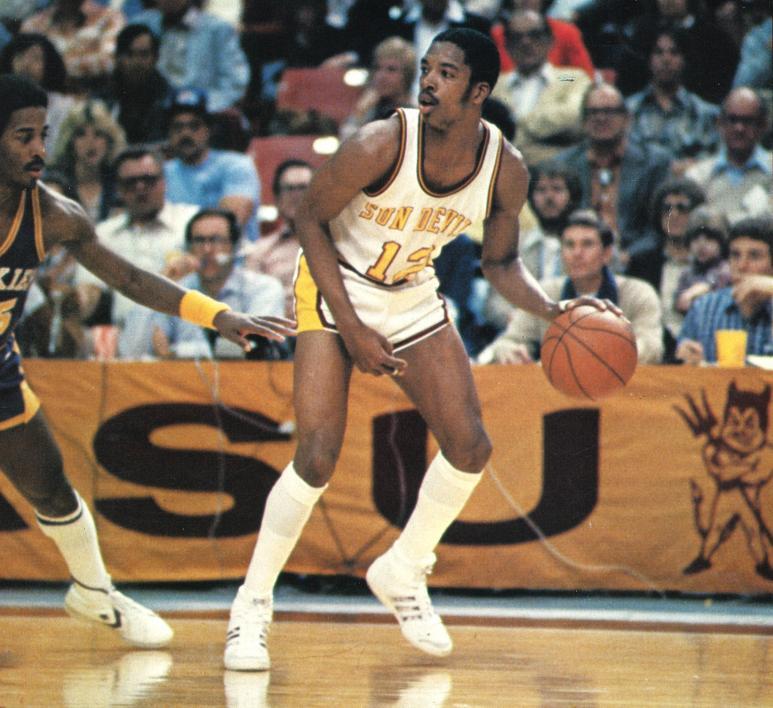 “These are significant athletes who went on to compete in the NBA, but first made their mark here at ASU,” said Spindler, who hopes to shine a light on these and many other ASU athletes through his preservation efforts, part of Sun Devil Giving Day on March 22.

Through ASU Library’s crowdfunding campaign, called “Unlock the Spark,” Spindler aims to raise enough funds to facilitate the digitization of the entire collection — a big job that grows more urgent by the day, as the media format these materials live in are vulnerable and nearing end of life.

Spanning decades, the films awaiting digitization in ASU Library’s University Archives offer a window into the cultural experience of sports at a major public university, and are positioned to be valuable resources to historians, researchers and alumni looking to connect with their Sun Devil roots.

Once complete and made accessible on the ASU Digital Repository, the collection will include a variety of sports, such as men and women’s track and field, swimming, diving and gymnastics — as well as reflect the evolution of women’s athletics at ASU, brought on by the passage of Title IX. 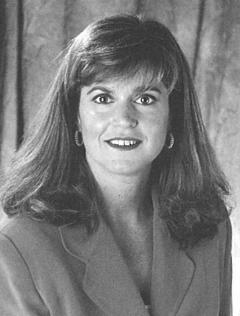 “While we go ‘mad’ for March Madness, plenty of additional ASU athletes, past and present, achieve sporting excellence during the month of March,” said Victoria Jackson, ASU lecturer and sports historian in the School of Historical, Philosophical and Religious Studies. “These stories matter and also deserve a place in our collective memory and to be preserved in an official capacity, in University Archives.”

A former student-athlete herself, Jackson competed as an ASU graduate student in cross country and track and field, and was a national champion for the Sun Devils at 10,000 meters. (“She would like her ASU school record in the 5,000 meters to be broken ASAP,” reads her ASU Directory bio.)

“Let's not forget there are two NCAA basketball tournaments. The Sun Devil women's basketball program makes regular appearances in the national tournament, and earned a No. 7 seed this year,” Jackson said. “The track and field program has become a fixture at the NCAA indoor championships for decades. Over the weekend, shot-putter Maggie Ewen added yet another individual NCAA national title to her collection. And, 10 years ago, in 2008, both the men and women earned national team titles — a rarity in the sport and an awesome moment for the Sun Devils.”

For more information on how to support the preservation of ASU sports history, visit ASU Library's Unlock the Spark.

The @SunDevilMGolf team got their first win of the spring and second of the season with a victory at the Bandon Dunes Championship, while Chun An Yu took home the individual title. ... The @SunDevilMGolf team got their first win of the spring and second of the season with a victory at the Bandon Dunes Championship, while Chun An Yu took home the individual title.