Arizona State University School of Social Transformation Professor Bryan McKinley Jones Brayboy was elected as a member of the National Academy of Education — a nonprofit organization working to advance high quality education research and its use in policy and practice. The Academy is considered by many to be the most prestigious membership body for those studying education. 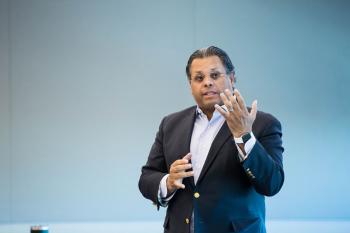 The eight other new members are:

These exceptional education scholars were first nominated by individual NAEd members, then elected by the organization’s membership. Brayboy’s election is a recognition of his outstanding scholarship and contributions to education.

Brayboy, an enrolled member of the Lumbee tribe, is a President’s Professor, senior adviser to the president, director of the Center for Indian Education, associate director of the School of Social Transformation, and co-editor of the Journal of American Indian Education at ASU. His research focuses on the role of race and diversity in higher education, and the experiences of indigenous students, staff, and faculty in institutions of higher education.

“I am honored to have been elected to membership in the National Academy of Education. The recognition of my work is humbling. That this honor comes after being able to work at ASU is an indication of how much I enjoy working here and the freedom provided to pursue my scholarship,” Brayboy said.

Brayboy and the other new members will be inducted at a ceremony during the 2018 NAEd Annual Meeting Dinner in November. They join NAEd’s existing 215 U.S. members and 13 foreign associates.

Year in review: Why Arizona opts out of daylight saving time

Editor's note: This story is being highlighted in ASU Now's year in review. Read more top stories from 2018 here.Daylight saving time is right around the corner, and it's time to set those alarm clocks and watches forward again … Er, wait. Arizona doesn’t do have to do that. And neither does Hawaii.The Copper State’s independence from the annual time change started 50 years ago. Multiple ...

Why Arizona opts out of daylight saving time

Who needs an extra hour of heat in the Sonoran desert? ASU professor explains state's history with turning the clock

Daylight saving time is right around the corner, and it's time to set those alarm clocks and watches forward again … Er, wait. Arizona doesn’t do have to do that. And neither does Hawaii.

The Copper State’s independence from the annual time change started 50 years ago. Multiple theories abound as to why: More daylight meant more heat and less sleep. It also meant soaring energy bills for businesses and schools, or anyone who owned an air-conditioning unit.

To get to the truth, ASU Now asked Calvin Schermerhorn, a history professor in the School of Historical, Philosophical and Religious Studies, why Arizona is one of two states that do not participate in this century-old practice. 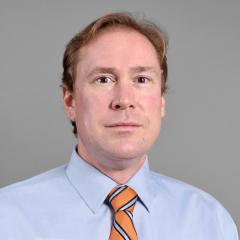 Question: When was daylight saving time established and why?

Q: Why did Arizona stop participating?

A: Arizona participated in daylight saving time in 1967, but energy consumption soared. In most of the country, an extra hour of daylight supposedly saved fuel used to heat and light buildings. But in most of the state, the scheme worked in reverse: air conditioners had to run longer. Businesses and schools paid more, farmers did not benefit, and parents also resented an extra hour of scorching sunlight for kids since the saving lengthened the hot afternoon. There were some supporters in finance and interstate or international business who preferred tighter syncing with markets (who pointed out) the logistical problems of moving Arizona back and forth relative to daylight saving. Outdoor entertainment and recreation establishments like daylight saving since it extends the time one can play golf. Crime appears to go down too, with more daylight. But since Arizona stopped participating in 1967, the Copper State is officially on Mountain Standard Time year round.

Q: Given Arizona’s non-participation, has it served the state well given the shorter winter days and long summer nights?

A: Yes, non-participation makes sense for most of the population living in the Sonoran and other desert environments. Simply put, it’s more eco-friendly in terms of power usage to start the day earlier rather than later. Businesses, schools and vehicles require more energy consumption to air-condition spaces. As the experience of a half-century ago illustrates, most of the population prefers it that way too. And Arizona is not running afoul of any laws since federal legislation allows states to opt out.

Q: Somehow it doesn’t seem neighborly that Arizona is the only state that doesn’t honor daylight saving time. Does the state receive complaints as a result or have you ever heard of any?

A: Both Hawaii and Arizona opt out. Other U.S. territories do as well, like Puerto Rico, Guam and the Virgin Islands. Arizona’s non-participation is a badge of honor for a place reputed to be fiercely independent. But it still causes problems for anyone doing business or scheduling across time zones. FaceTiming the grandparents on the East Coast? We’ll have to make sure it’s a two-hour and not a three-hour difference. And you’ll have to adjust your car’s clock when it wants to switch to Pacific Daylight Time going over the Colorado River.

Q: Does everyone in Arizona opt out?