“Thank you for your service” is a wonderful sentiment, and it can be a nice thing for civilians to say to active military personnel and veterans. Unfortunately, it often doesn’t get much deeper than that.

Despite most people having great respect for servicemen and -women, the current divide between military and civilian cultures is deep and often results in misunderstandings, said Arizona State University educators.

“The media is flooded with representations of veterans as either homeless ‘head cases,’ or as heroes who are placed on a pedestal. Both are shallow binary portrayals, rendering society unable to make space for conversation,” said Mark von Hagen, a history professor and the director of the Office for Veteran and Military Academic Engagement.

“‘Thank you for your service’ is a cheap, throwaway line, and it’s really not enough. It’s a meaningless gesture unless you follow it up with something more significant.”

Von Hagen and a group of ASU professors are proposing something very significant — the university’s first undergraduate certificate dedicated solely to the study of veterans, military culture and how it relates to society.

“Veterans, Society and Service” is a new 18-credit certificate program that is expected to launch in the fall, pending approval from the Arizona Board of Regents. Enrollment for two core courses, “Veterans, Society and Service: America’s Experience of Modern War” and “Representations and Self-Representations of Veterans in Media and the Arts,” will be offered next semester. Registration opened Feb. 22.

Nancy Dallett, assistant director of the Office for Veteran and Military Academic Engagement, and Mark Von Hagen, the office's founding director, have designed “Veterans, Society and Service,” a new 18-credit certificate program that is expected to begin in fall 2018. Photo by Deanna Dent/ASU Now

The Office for Veteran and Military Academic Engagement proposed this new field of academic study, which will be housed under ASU’s College of Liberal Arts and Sciences. It takes an interdisciplinary approach on new core tensions and deep-rooted issues regarding how the wider culture understands and supports today’s all-volunteer, post-9/11 military force in order to develop new bonds and understandings.

Thirteen faculty from nine ASU departments and schools and five community partnerships have committed for the first year of the certificate program. The project structure will be composed of four required courses, including an internship or capstone project, and electives. They are also hopeful that veterans are willing to share their experiences.

“We want veterans in our classes to enable them to be teachers while they are students,” said Nancy Dallett, a public historian and assistant director of the Office for Veteran and Military Academic Engagement. “It should be a mix of veterans and civilians so they get an idea of the ethos of the people who are serving or who have served our country.”

She said the certificate program will combine the disciplines of history, literature, law, ethics, politics, psychology, sociology and the arts, preparing students with a transferable set of skills for careers in veterans’ affairs, public policy, politics, nonprofits, criminal justice, education, health care, business and even journalism.

“Many corporations today are initiating veteran hiring initiatives,” said Steve Borden, director of the Pat Tillman Veterans Center. “Veteran success in the workplace, retention of hired veterans as well as their career progression, is predicated upon developing a greater understanding of the difference between our military and civilian cultures.”

Census figures from 2015 and 2016 estimate there are now approximately 18.5 million veterans nationwide, 600,000 of whom reside in Arizona. ASU currently enrolls more than 7,300 active military, veterans and military family members, making the university a top choice and leader in enrollment among the nation’s most military-friendly schools. 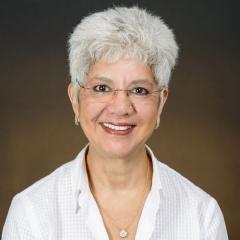 When Suniya Luthar heard about the new offering, she felt it was a good match for her research on the subject of resilience. Luthar also wanted more interaction with veterans by teaching a course.

“Asking for help might be a big issue for some military personnel because it’s so ingrained in them to be strong, self-reliant and disciplined,” said Luthar, Foundation Professor of psychology at ASU and a professor emerita at Columbia University’s Teachers College. “We as educators, professors, staff and civilians don’t really understand how strongly some of these messages are internalized. It’s important that we are empathic, that we try and understand the complexities of this ‘way of life.’ And it is critical that we ensure reliable support because for military folk, like the rest of us who have been through trying times, resilience rests most fundamentally on relationships.”

Matthew Delmont, a professor of history and director of the School of Historical, Philosophical and Religious Studies, said he also wanted to give back to veterans. 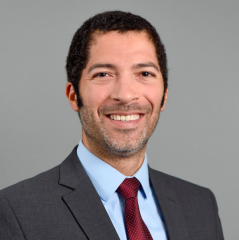 “The United States has been at war for most of our students' lifetimes, yet fewer than 1 percent of Americans serve in the military,” said Delmont, who will be teaching a course on World War II. “Given this, it is crucially important that we support veteran students and that we make veterans studies a central part of the academic experience for many more ASU students.”

Von Hagen promised the coursework wouldn’t be stale or drab and would address issues such as civil-military relations, the role of the armed forces in a changing society in areas of class, gender, civil rights and LGBTQ issues. It will also pose questions such as: What are society’s obligations to veterans and families, and how do they transition through health care, higher education, employment and continued service?

“As a society we have an obligation to try and know and understand our veterans for what they have done for us,” von Hagen said. “Whatever their motives were for joining the military, it changes them and, in some cases, profoundly. Those who didn’t serve at least ought to acknowledge their service and hopefully do more in our capacity.”

Student planners with Arizona State University’s School of Geographical Sciences and Urban Planning are raking in the accolades leading up to the 2018 National Planning Conference in New Orleans.ASU's Student Planning Association, comprised of students interested in urban planning and issues associated with it, has been selected for the 2018 Outstanding Planning Student Organization Award for Co...

Student planners with Arizona State University’s School of Geographical Sciences and Urban Planning are raking in the accolades leading up to the 2018 National Planning Conference in New Orleans.

Also receiving recognition is Genevieve Pearthree, a recent graduate of the school’s Master of Urban and Environmental Planning program. Pearthree has been selected for the 2018 American Institute of Certified Planners’ Student Project Award for Applied Research. Her submission, which also served as her capstone project, focused on affordable housing in communities with a strong tourism industry.

Pearthree spent 16 months researching Ketchum, Idaho, as she examined the affect of short-term rentals and vacation rentals on affordable housing within the community. Funded via a $10,000 fellowship from the city of Ketchum, the research project was created in response to Idaho House Bill 216 that limits a county or city from enacting and enforcing an ordinance prohibiting short-term or vacation rentals. As a result of her research, Pearthree submitted policy recommendations to the city that would positively impact the supply of affordable, long-term housing including incentivizing long-term rentals by increasing the lodging sales tax collection from short-term rentals. She also recommended tracking the short-term rental market to better inform future policy.

As a result of Pearthree’s research, the city of Ketchum has shared the results and recommendations to other communities in Idaho who also face similar housing issues. The findings were also discussed at the annual statewide Idaho Housing and Finance Association conference and the annual Sun Valley Economic Development Summit, and has sparked conversations about affordable housing across the state.

Pearthree and the Student Planning Association will be recognized for their great work at the 2018 National Planning Conference in April.