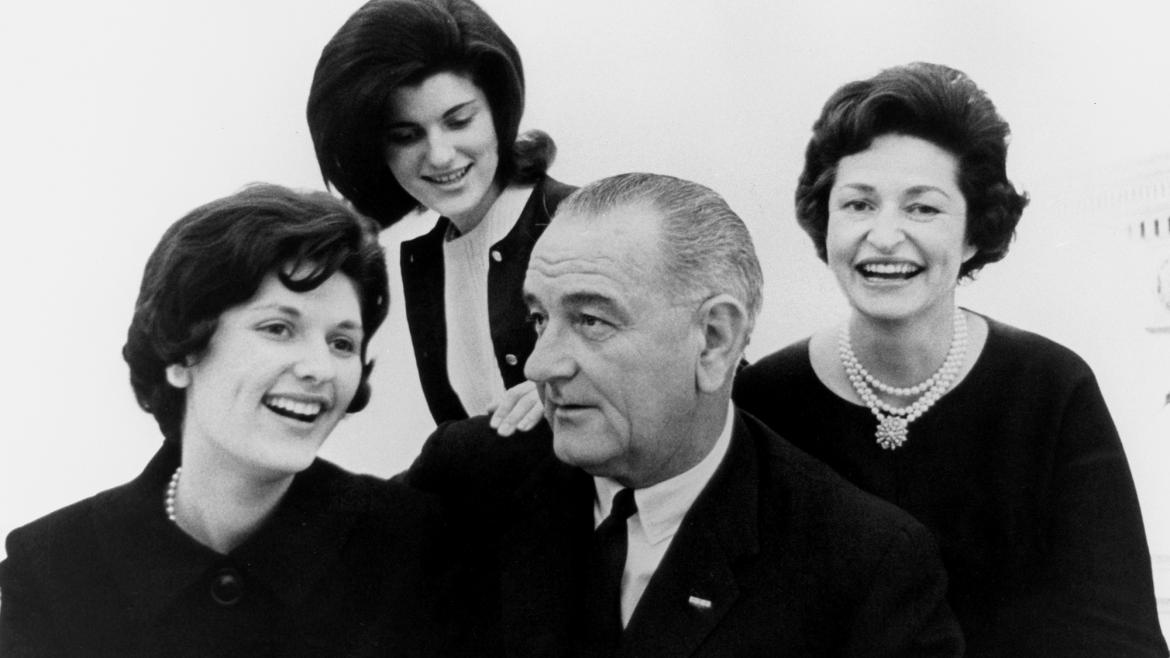 U.S. presidents have been political game-changers, prolific writers and social-policy pioneers. But did you know about the speeding and the cheerleading?

Many volumes have been written about U.S. presidents and their administrations, but it's often unique personal traits and stories that really cement their legacies. For Presidents Day, ASU Now asked a handful of Arizona State University professors to share their expertise on lesser-known aspects of some of our former presidents (and a first lady).

A foreign ambassador, a secretary of State and a Harvard professor.

The sixth president was so well-known for his rhetorical skill he was nicknamed “Old Man Eloquent,” which made him an easy choice to talk about for Keith Miller, professor in the Department of English, who teaches about rhetoric and American presidents.

Miller was also impressed by the fact that Adams who, after leaving the presidency, went on to serve in the House of Representatives and became a thorn in the side of pro-slavery politicians. 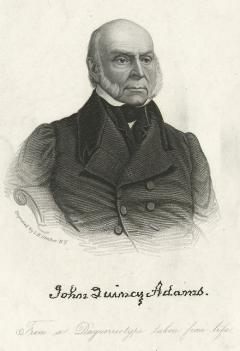 “At one point they censured him,” said Miller. So naturally Adams spoke for hours, reading his resume and pointing out that they had no right to question him. “Eventually they realized that trying to censure him helped him politically in the North so they gave up.”

Adams even predicted the Civil War, documented in his diary writings that make up more than 50 volumes.

A general, the first presidential speeder and a world traveler.

Grant, who got his nickname by receiving the surrenders of three armies, might have liked to become a mathematics professor in another life. Brooks SimpsonSimpson is the author of "Ulysses S. Grant: Triumph over Adversity, 1822-1865.", ASU Foundation Professor of History in the College of Interdisciplinary Arts and Sciences (CISA) who studies Grant and the American Civil War, said Grant became concerned for the nation’s future.

“He was also very concerned that a democratic triumph would mean turning back the clock back on black aspiration for equality,” Simpson said. 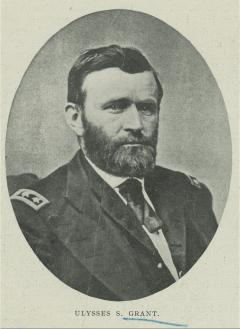 Grant also was the first president to be issued a speeding ticket for racing through the streets of Washington, D.C. (He paid it, of course).

The 18th president also subdued the first movement of the Ku Klux Klan, though he left the office after two terms feeling as though he had not accomplished enough in subduing the racist groups plaguing the country.

After finishing his presidency, Grant traveled the world, occasionally resolving foreign disputes, before returning to become a businessman.

Later in life he was swindled by an associate, found himself penniless and had developed throat cancer. Fortunately for Grant, the writer Samuel Clemens (also known as Mark Twain) heard about his circumstances and negotiated a contract to write his personal memoirs that financially saved Grant's family after his death.

The most published first lady of all time, a United Nations delegate and an outspoken activist.

“I’d really like to see Eleanor Roosevelt get some attention amongst those who’ve actually served the office,” said CISA senior lecturer Pamela Stewart, who teaches Women in U.S. History, 1880-1980. “Not because she was married to the president but because she was responsible for tons of legislation even though none of it has her name on it.” 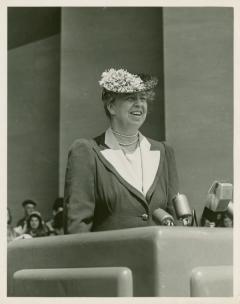 She published a newspaper column six days a week from 1935 until her death in 1962, held women-only press conferences for female reporters who were excluded from the presidential press corps and was kept under surveillance by J. Edgar Hoover until the day of her death for her support of civil liberties and civil rights. Roosevelt worked with the League of Women Voters and the NAACP and made a visit to show her support of the Tuskegee Airmen.

“She would insert herself into these areas that she certainly wasn’t required to,” said Stewart.

In 1936, Franklin Roosevelt’s opponent Alf Landon promoted his wife as a “traditional wife and mother,” in contrast to Eleanor Roosevelt — he carried only two states in that election.

A five-star general, a cheerleader and a painter.

An avid football player as a young man at West Point Academy, Eisenhower suffered a knee injury and became a cheerleader to continue his support for the team. 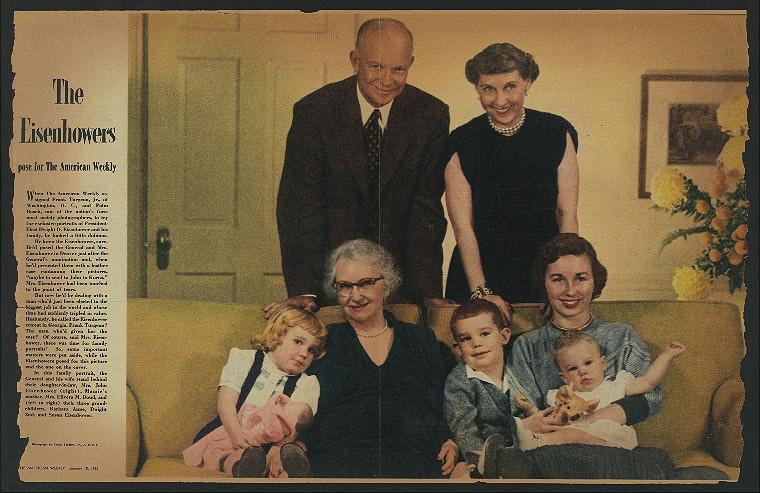 The five-star general also enjoyed painting, though he considered his own work "banal," according to Valerie AdamsAdams is the author of "Eisenhower's Fine Group of Fellows: Crafting a National Security Policy to Uphold the Great Equation.", a CISA senior lecturer specializing in interdisciplinary humanities and communication.

Eisenhower can also be credited for our extensive interstate highways. After seeing the German autobahn during World War II, Eisenhower pushed the National Interstate and Defense  Highways Act.

“He saw it as a way to mobilize the Army or the armed forces to get from place to place,” said Adams. “There are sections of every highway that are straight that are to be used as airstrips for the Air Force, and it was a fantastic way to evacuate cities that would be targets for the Soviet Union.”

Lyndon B. Johnson: 'The Johnson Treatment'

A crass and brash Texan, a teacher and the most effective Senate majority leader of his time. 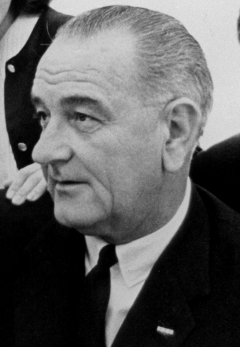 The 6-foot-4, 250-pound Johnson often used his size and the space in rooms to intimidate those he met, at times even calling them into meetings in the bathroom while he was using it. This was known as “the Johnson treatment,” but his bravado helped him push through numerous pieces of legislation.

“It was done purposefully, and he knew exactly what he was doing," said Kyle LongleyLongley is the author of "LBJ's 1968: Power, Politics, and the Presidency in America's Year of Upheaval.", Snell Family Dean’s Distinguished Professor in the School of Historical, Philosophical, and Religious Studies and the School of Politics and Global Studies.

“Often portrayed by opponents as a backwards redneck from central Texas, Johnson rose to become Senate majority leader,” said Longley. “He initiated programs like Head Start and Medicare. That was LBJ’s brainchild, of course with the Democratic party, but LBJ is the one that pushes it through.”

“I think you’d have to look at issues like the Civil Rights Act of 1964, the Voting Rights Act of 1965 and the Fair Housing Act of 1968,” Longley added. “He accomplished more related to civil rights than any U.S. president since Abraham Lincoln.”

"There are going to be some records that are broken on this track. Some NCAA records, I guarantee it." ... "There are going to be some records that are broken on this track. Some NCAA records, I guarantee it."