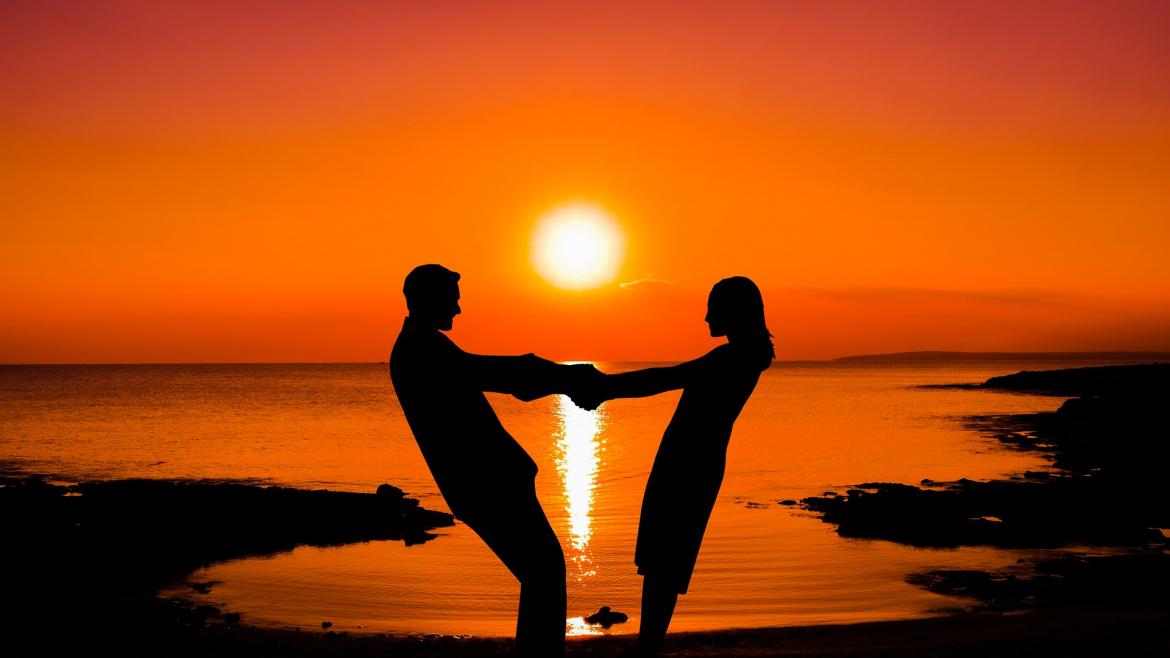 Valentine's Day is for pair bonding

ASU psychologist and anthropologist give their takes on love, or the L-word to scientists

Are you in need of some fitness alignment in your mateship? Do you see potential pair bonding in your future? Or are you just looking for good, old-fashioned love?

We asked two Arizona State University researchers who study aspects of human culture for their take on the love and romance, just in time for Valentine’s Day.

“In evolutionary psychology, people don’t really talk about the L-word — it’s kind of seen as not specific enough or not specified enough, but people do talk about pair bonding,” said Athena Aktipis, co-director of the Human Generosity Project. “It’s something that’s a part of human psychology, this capacity to have a pair bond and if you want to call that romantic love, I guess I would.”

Pair bonding is when two unrelated individuals bond together through a close relationship and other activities. Pair bonding is usually accompanied by fitness alignment, meaning that both individuals’ interests are aligned and success becomes more likely as a pair than alone.

“If your outcomes are tied to the outcomes of another person, that creates a sense of interdependence and that often leads to helping behavior, even without having genetic relatedness and without necessarily expecting to get paid back,” Aktipis said.

While pair bonding may represent what we think of as love, fitness alignment is our invested interest in each other’s success — in a sense, marriage.

For ASU anthropologist Kim Hill, love and marriage are cross-cultural, though the two aren’t necessarily dependent upon the other. Hill has worked for nearly 30 years with remote groups including the Ache in Paraguay, the Hiwi in Colombia, the Mashco-Piro in the remote Amazon rainforest and the Matsiguenga and the Yora in the Amazon Basin.

“What Americans would call romantic love is found even in the most remote societies in the world that have seen few outsiders,” Hill said.

“They have no influence from media, they’ve never seen a movie, never read a magazine, have no idea of the Western concept of what romantic love should look like and yet you could clearly see obvious behavioral evidence that they’re going through the same kind of things in their own lives.”

Hill recounted a story of love during his time with the Ache. An elder Ache man in his late 80s recounted running into his teenage love, then both widowed, and they began to live together. He told Hill, “We got married and we moved in, and it was just like being teenagers again.” When Hill returned after some time, he found the old man had lost his love to old age and had slowly starved himself to death rather than live alone.

It would seem that no matter where you are on the globe, love really does make the world go 'round. Hill points out, however, that Americans tend to have a different relationship with the idea of true love and marriage.

“I think a lot of Americans believe that you’re supposed to marry the person you fall in love with, and I think there are a lot of societies that don’t believe that that’s the way you get the best marriage,” Hill said.

Love can also be grown over time, through fitness alignment, the matching of personalities and families, and cooperation. For Aktipis, who studies friendships in her lab, the reality is that those interdependent relationships have become just as important as pair bonding.

“We focus a lot on romantic love around Valentine’s Day, but people have really deep and meaningful relationships with their friends that include love, and a lot of similar things are happening in really close friendships,” she said. “There are other important relationships of interdependence — not just focusing on mates, but focusing on broader love and interdependence that we have with people who are important to us."

For over 40 years, Global Launch has helped students from more than 160 countries learn English and become a part of the American community. Many Global Launch alumni are accepted into one of Arizona State University's top degree programs after completing their English-language training.Global Launch is proud to continue its contribution to the ASU international student community in the 2017–18...

For over 40 years, Global Launch has helped students from more than 160 countries learn English and become a part of the American community. Many Global Launch alumni are accepted into one of Arizona State University's top degree programs after completing their English-language training.

Global Launch is proud to continue its contribution to the ASU international student community in the 2017–18 school year, providing Intensive English Program participants the opportunity to pursue their academic careers at the university. 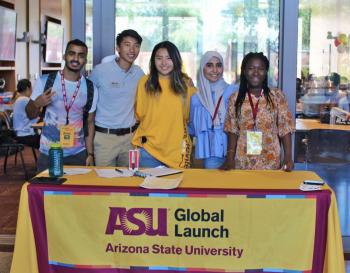 Prospective students can apply for the Intensive English Program and begin as soon as summer 2018. For more information on session dates, program costs and student sponsorships, click here or contact GlobalLaunch@asu.edu.