With the hope that someday scientists will advance regenerative therapy in humans, an interdisciplinary team of researchers from Arizona State University and two other institutions has discovered important new clues in exactly how lizards regenerate their tails.

The findings appear in a pair of studies published in a Jan. 15 special issue of the journal “Developmental Biology” that focused on regeneration. The University of Arizona College of Medicine-Phoenix and Victor Chang Cardiac Research Institute also participated in the studies. 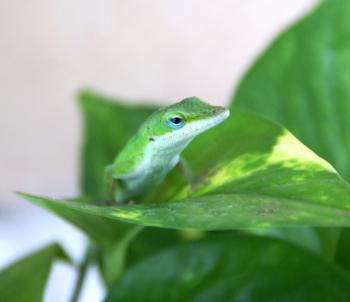 In one paper, scientists from ASU investigated the role of a muscle stem cell population called "satellite" cells. Regeneration involves making new muscle, cartilage and tendons and requires cells that will become these tissues in a regrown tail.

The researchers found that the muscle satellite cells in green anole lizards (Anolis carolinensis) do double duty and can become cartilage as well. This study provides the first functional description of this stem cell population in lizards.

“Satellite cells are a unique stem cell population that allows humans to grow and repair muscle tissue,” said senior author Jeanne Wilson-Rawls, associate professor with ASU School of Life Sciences. “Mammals, including mice and humans, have muscles that contain these cells. After an injury, these satellite cells can repair the remaining muscle, but they cannot replace lost muscle in humans, unlike in lizards.”

By studying the genetic programming in mice and lizards, the researchers hope to find the differences between them that make the lizard more capable of regeneration.

“Lizards and humans have most of the same genes,” said Kenro Kusumi, co-author of the study and professor with the school. “Working with expert computer scientists, we found the genes that control cartilage formation were turned on in lizard but not mouse satellite cells, pointing to the existence of a possible switch that must be activated for regenerative therapies.”

In a second study, the scientists found that nerve regeneration in particular, is a critical part of the tail regeneration process.

“Nerve regrowth is immediate in the regenerated lizard tail,” said Cindy Xu, co-author of the paper and also a graduate student in the program. “Regenerating nerves quickly repopulate the tail as muscle begins to form. As the neuromuscular junction matures, the nerves are pruned back but remain more numerous when compared to the original tail.”

“Overall, we found that the regeneration of neuromuscular junctions in the lizard followed a pattern similar to development in mice and humans,” said Minami Tokuyama, co-author of the paper and former research technician in Kusumi’s lab. “However, the regenerated muscle ends up with a greater density of neuromuscular junctions, and studying these differences may be important in developing future therapies for humans.”

Together, these findings may bring researchers closer to solving the challenge of creating the capability for limb or organ regeneration in humans. 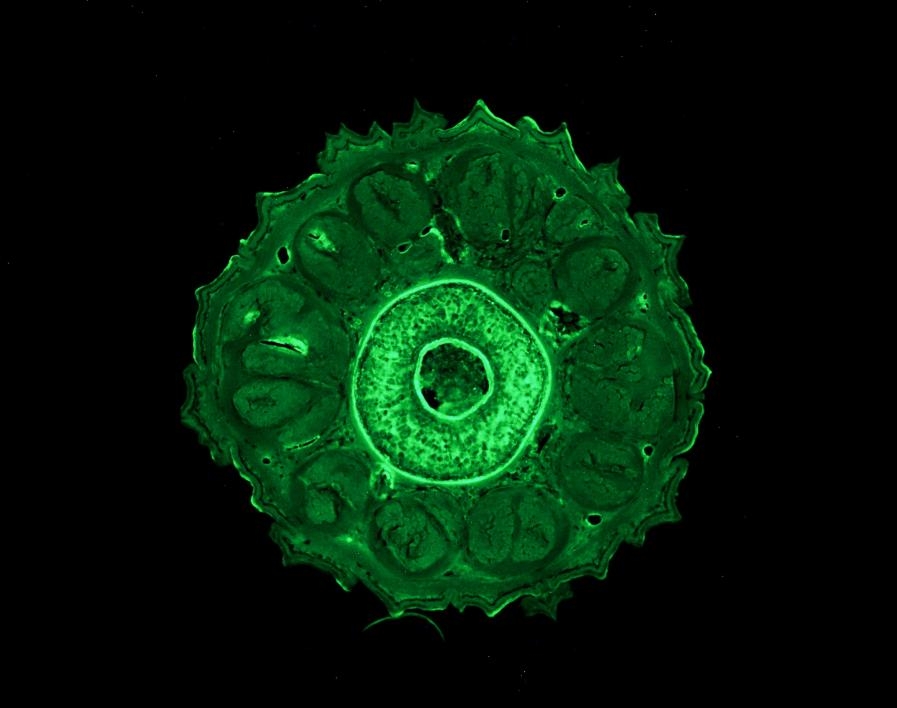 Microscopic image of a 120-day regenerated lizard tail labeled with green fluorescent proteins that mark collagen. This image reveals the bony vertebrae of the original tail replaced with a cartilage structure that surrounds the spinal cord. 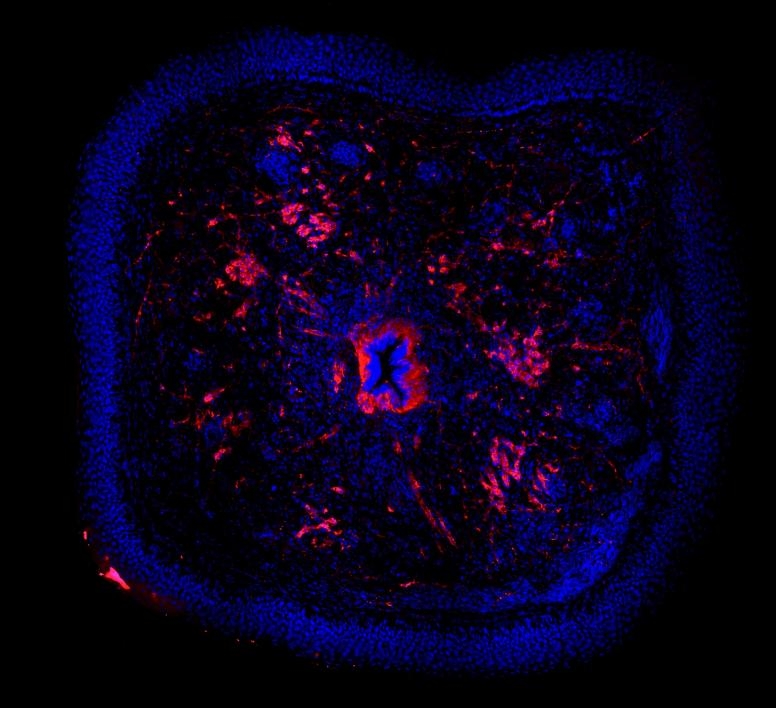 Neuromuscular junctions in an original (left) and 250-day regenerated tail (right) are morphologically similar. Receptors on the muscle are labeled in green and peripheral nerves are labeled red. 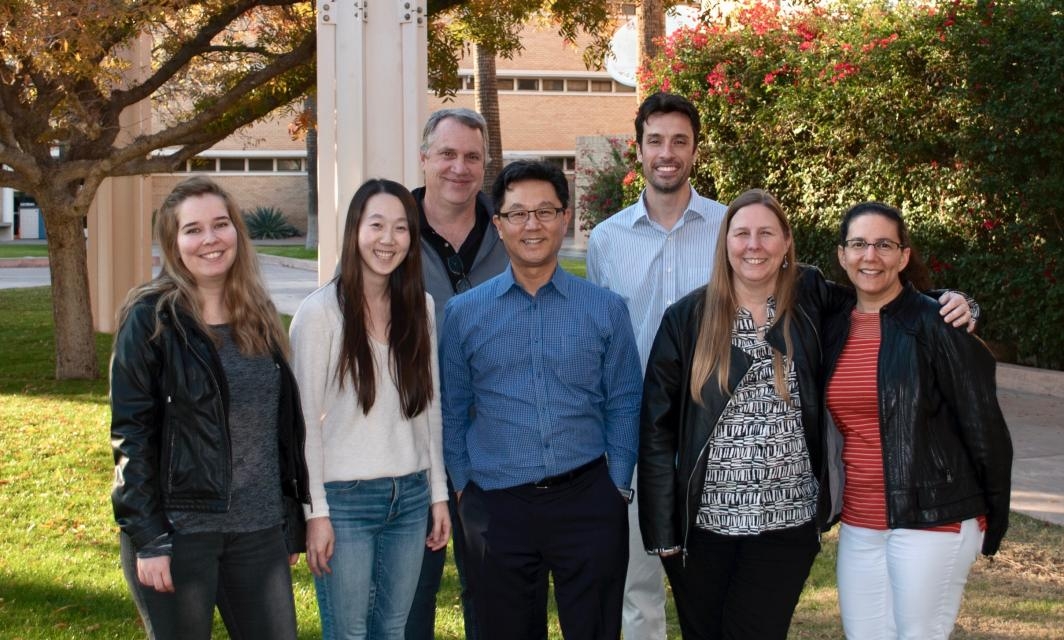 The research team included Kusumi, Palade, Tokuyama, Wilson-Rawls and Xu, as well as Jason Newbern and Alan Rawls, who are faculty with ASU’s School of Life Sciences; Rebecca Fisher with ASU School of Life Sciences and the University of Arizona College of Medicine-Phoenix; and Joshua Ho and Djordje Djordjevic from Victor Chang Cardiac Research Institute. The National Institutes of Health funded this research through grants.

The presidents of Arizona’s three public universities were blunt in their request for support from the business community on Tuesday, explaining the need for the freedom to be entrepreneurial.Michael Crow, president of Arizona State University, said his institution responded to cuts in state funding by finding other ways to generate money.“We adjusted, we adapted and we adopted other revenue s... 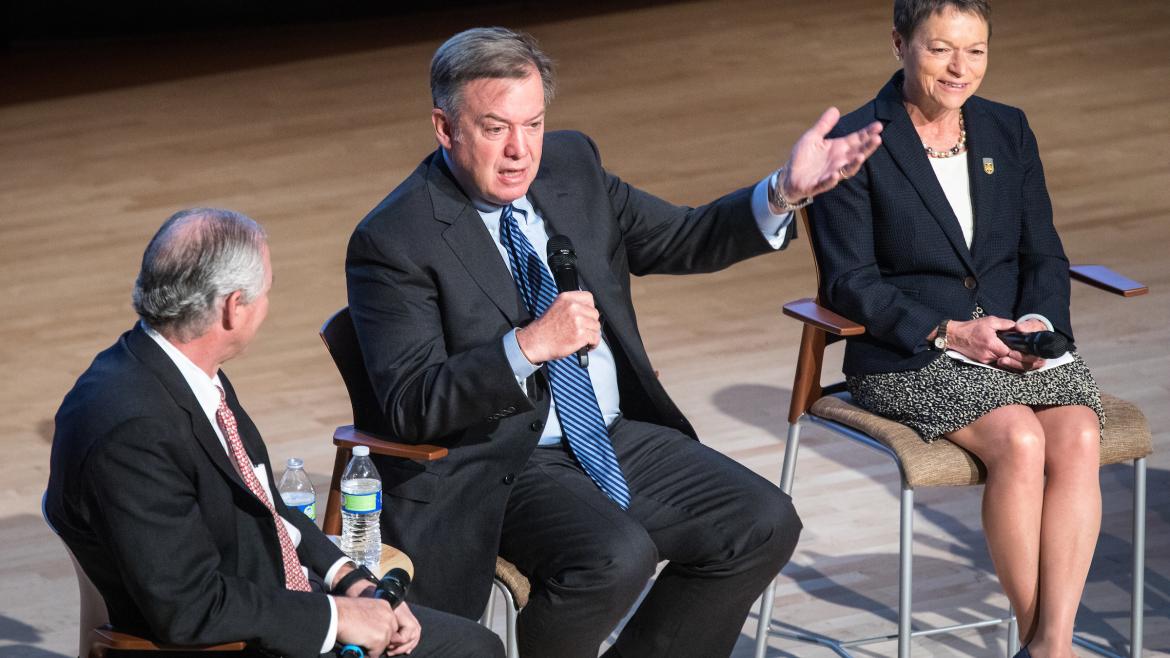 The presidents of Arizona’s three public universities were blunt in their request for support from the business community on Tuesday, explaining the need for the freedom to be entrepreneurial.

Michael Crow, president of Arizona State University, said his institution responded to cuts in state funding by finding other ways to generate money.

“We adjusted, we adapted and we adopted other revenue sources — in our case, in round numbers, $300 million from the state and $2.8 billion from other sources this year,” he said in a talk sponsored by the Greater Phoenix Chamber of Commerce.

But state legislators are looking to limit the ways the state universities can find funding, and the business community should step up and support higher education, Crow said.

“We think the business community is and should be our strongest ally. In many individual cases and in the Phoenix Chamber’s case, they are. But not uniformly,” he said. 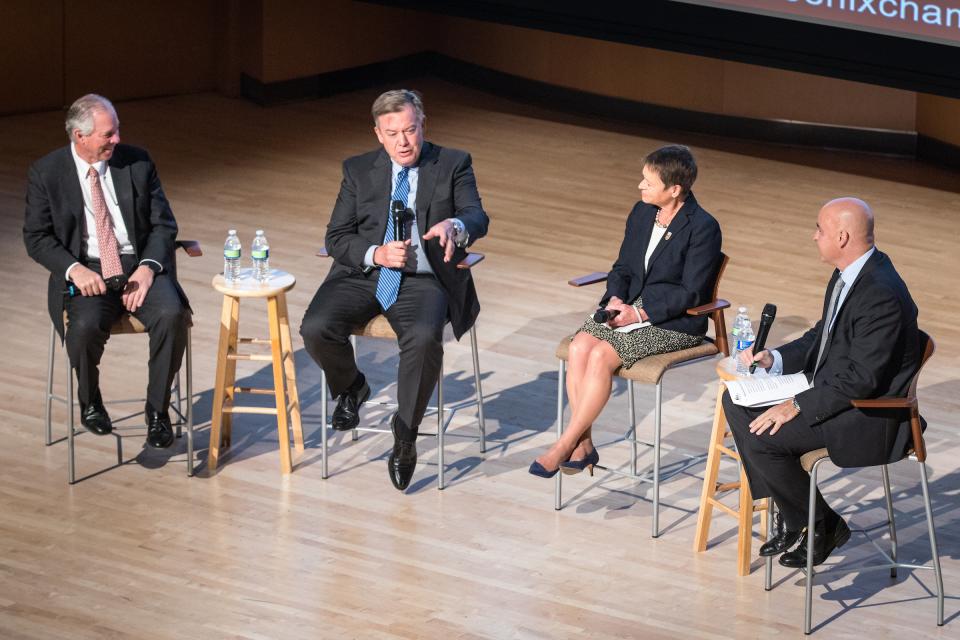 The business community was asked for support by the presidents of the state's three public universities. From left: Robert Robbins of the University of Arizona, Michael Crow of Arizona State University and Rita Cheng of Northern Arizona University. The talk was moderated by Todd Sanders (right), president and CEO of the Greater Phoenix Chamber of Commerce. Photo by Charlie Leight/ASU Now

The presidents would like the state Legislature to provide enough funding to pay for half of an in-state student’s instruction — about $7,500 per student at ASU. Currently, after cuts during the recession, state funding covers about $5,000 toward instruction per student at ASU, Crow said.

Rita Cheng, president of Northern Arizona University, said that the resident-student-based funding model is key, and that decreased revenue has resulted in higher tuition. But any additional money from the state should not come with more regulation, she said.

“What’s important for us is the flexibility and the ability to bring partners on campus to work side by side with students,” she said.

Cheng said funding for the universities should not come at the expense of the K–12 system.

“Not pitting one against the other,” she said. “Because it’s about the pipeline.”

She would like to see a more broad commitment from the business community.

“We need industry partnerships that support our interns not just for finding the right employee but for creating the opportunity for young people to get the experience that suggests to them that Arizona is the place to spend you career,” she said. “Too many of our students start their jobs in Arizona and leave when they think about their next opportunity.”

Robert Robbins, who took over as president of the University of Arizona in June, said that businesses have an interest in seeing the K–12 system improve, noting that there are some high schools in Arizona that have never sent a graduate to a university.

“It’s hard to recruit someone to the Phoenix office if there aren’t good education opportunities,” he said.

“We have to do our job and produce more engineers. But as the digital sciences and biological sciences converge in this rapidly changing world, companies need people with leadership skills, communication skills, critical thinking and creative skills.

“It’s our job to be able to produce that flexible, lifelong learner.”

“Over the past few years, we’ve had good success in spinning out companies, but we have to have a partner at the other end,” he said.

“The idea that the state will cut funding and then put handcuffs on us — there’s something wrong with that. The business community has to support us on this.”

Crow said that the old model of a public university that’s heavily funded by taxpayers and run like a state agency is dying.

“We abandoned the public-agency model and advanced a public-enterprise model,” he said.

That means the university’s relationship with the state should evolve.

“All we need is one half of the cost of their instruction, and that’s about $7,500 per student per year. The rest of the institution can be financed by allowing us to act in entrepreneurial ways, basically in the way private universities do, by leveraging all of our assets — our property, our technology, our ability to attract international students, our ability to design new programs, our ability to do research,” Crow said.

The return on the investment to the state is higher now, he said.

“At ASU, it costs the state, per degree we produce, 75 percent less than it cost to produce a degree 15 years ago. That’s a significant achievement.

“And the quality of the degree is superior to what it was 15 years ago. And the demand is higher.”

Top photo: ASU President Michael Crow makes a point during a talk sponsored by the Greater Phoenix Chamber of Commerce on Tuesday along with Robert Robbins (left), president of the University of Arizona, and Rita Cheng, president of Northern Arizona University. The talk, titled "Educate and Innovate," was held at the Musical Instrument Museum in Phoenix. Photo by Charlie Leight/ASU Now