The NASA Psyche Mission is a journey to a unique metal world called Psyche, an asteroid in the asteroid belt between Mars and Jupiter. The mission is currently in development and the spacecraft will launch in 2022.

While instruments and components of the spacecraft are under development across the country, the Psyche Mission management team, led by Arizona State University, is working with universities nationwide to involve undergraduate students in the mission through a series of capstone projects. 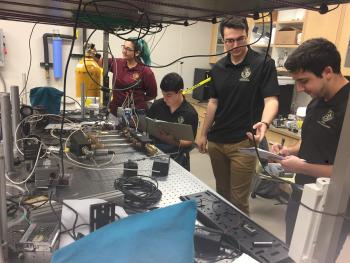 One such capstone team is led by ASU undergraduate student Josh Lee. His team includes graphic design students from the Tempe campus and information technology students whose program is based at the Polytechnic campus but who are all online students. Together, they are developing the Psyche Experience Mobile App, a smartphone app that uses the phone’s camera and map features to collect and assemble a virtual Psyche Mission spacecraft.

“One of the best things about this project and this team is that we have the freedom to be creative and develop a unique project,” Lee said. “Our team meetings really have a creative process to them and it’s encouraging to see those ideas become reality (thanks to) our graphic designers and developers.”

“We are learning to apply project management principles such as scope control, work breakdown, schedule control and risk management in this project,” Lee said. “Beyond that, I am also learning how to work with a team remotely and how to manage a long-term project amid many other school and work responsibilities.” The Psyche Experience Mobile App will allow users to interact with a smartphone’s camera and map features to collect and assemble a virtual Psyche Mission spacecraft. 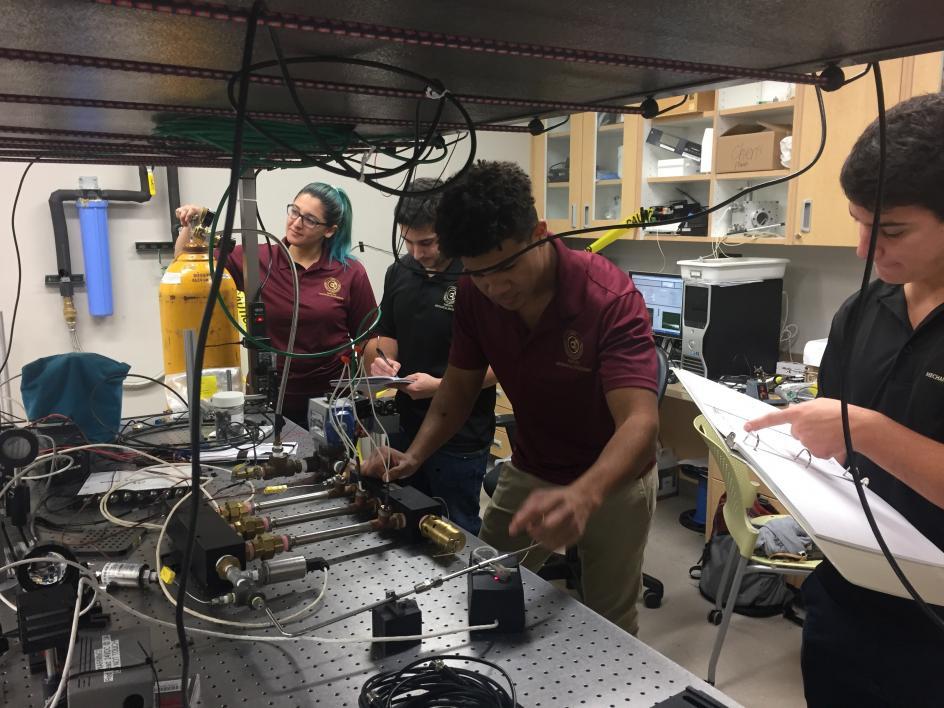 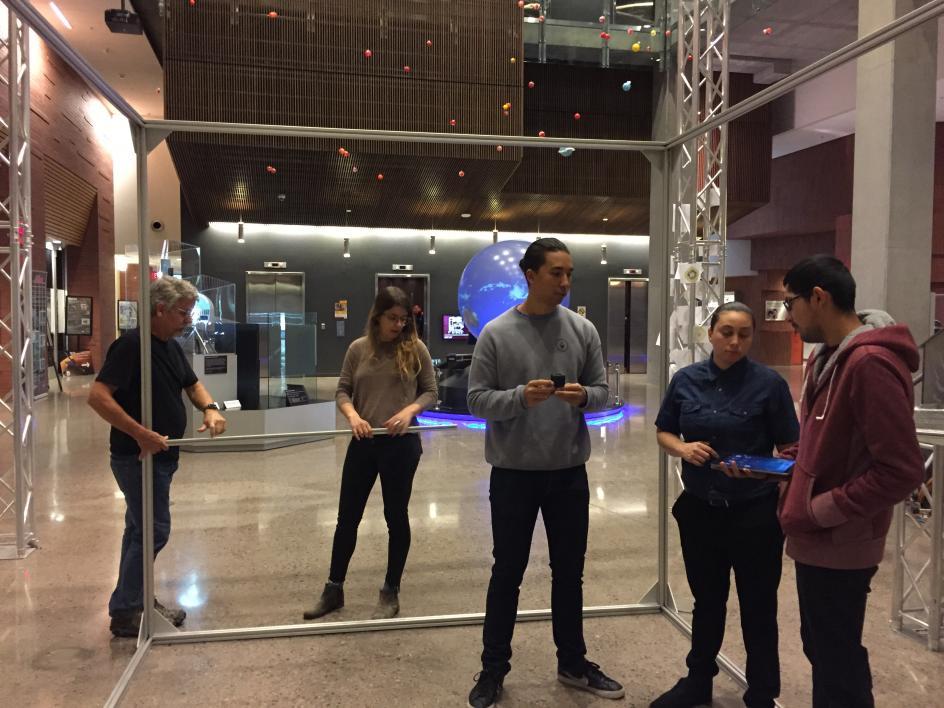 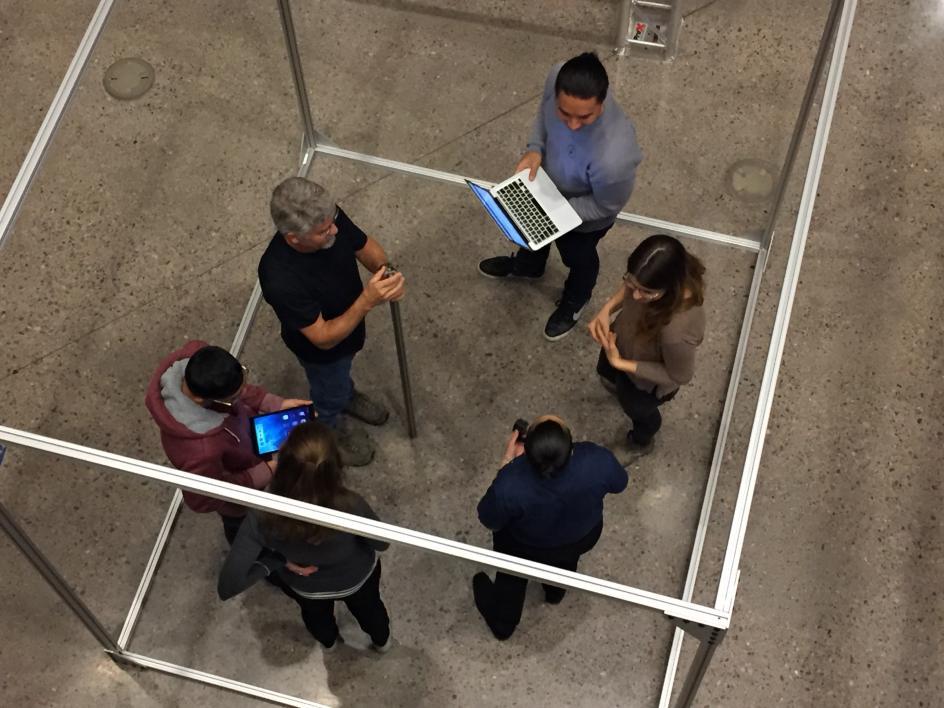 Aerial view of the Remote Exhibit Interpretive System team working on their project within the Psyche spacecraft model in the Gallery of Scientific Exploration. 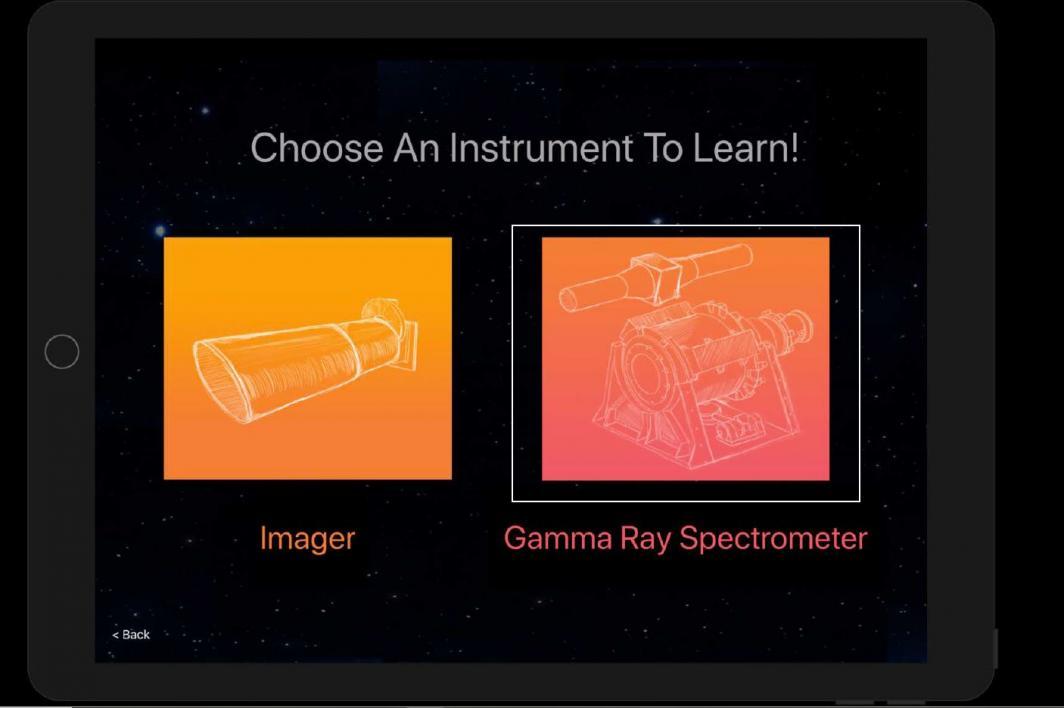 Fellow team member Thor Millsaps, who has been applying the programming skills he’s learned at ASU to this project, also appreciates the team work component of his Psyche capstone.

“Getting to collaborate with top-notch students in my program is what I like best about a project like this,” Millsaps said. “I'm an online student, so I've done most everything solo from my kitchen table and the neighborhood coffee shop. Getting to work with my classmates so closely has been awesome.”

Another capstone team is working with engineers from NASA’s Glenn Research Center, designing their own version of a xenon flow system that would be capable of providing the flow rates needed by the Psyche Hall Effect Thruster system. This team is based out of Florida A&M University-Florida State University and is led remotely by project manager Addison Iwanaga, who is an online student at ASU.

The team is designing a system that would be able to safely deliver xenon gas to hall-effect thrusters (the part of a spacecraft that makes it move). The system would need to supply different amounts of xenon gas depending on how fast or slow the spacecraft needs to move.

Once the project is complete, the team will send the final xenon flow controller prototype to the engineers at NASA to review.

“The capstone project has truly tested the knowledge that I have acquired at ASU, and has allowed me to use my learned management skills to properly plan and lead a realistic project,” Iwanaga said. “I have used what I have learned in my classes to develop an efficient production schedule, to account for and deal with issues, and to determine the expected and ambitious project end dates.

FAMU-FSU team member and engineering student James Quattrocchi says he chose this capstone because he has always had a great interest in outer space and a desire to learn more about what lies beyond our planet. “Working on the Psyche Mission has provided me with firsthand experience in how deep space missions operate,” Quattrocchi said. “What I enjoy most about this project is how excited everyone is to be involved and the positive atmosphere that has been created around our work.”

The team’s mentors include professors Dan McCarville at ASU and Shayne McConomy and Jerris Hooker at FAMU-FSU, and they receive guidance and feedback from engineer Jason Frieman at NASA Glenn Research Center.

The Remote Exhibit Interpretive System is a capstone project that will connect the public directly to the mission. This interactive system will work remotely from smart tablets and interactive boards and be integrated onto the life-size model of the Psyche spacecraft that is being built on the ASU Tempe campus in the Gallery of Scientific Exploration in the Interdisciplinary Science and Technology Building IV.

As visitors to the gallery select instruments and pieces of the model, LED lights and information will be displayed about each part. The team is also looking to develop interactive games involving the model to provide an even richer user-interaction.

“This Psyche capstone project is special because it delivers a product that is visible and will be seen by thousands every year,” said ASU undergraduate and project manager Brenden Leader. “Our multidisciplinary team even works in conjunction with a sculptor, ASU undergraduate art major Caralie Cedarleaf, who is building the Psyche spacecraft model for this exhibit. This challenge is unique and inspiring to our entire team.”

As the project manager, Leader has applied the leadership skills and project management knowledge he has learned at ASU to help keep the team on schedule and within scope. “Other members of the team have applied their technological skills such as Xcode programming and Arduino board implementation,” Leader said. “Our teamwork, collaboration and communication have been the key to our success.”

“What I like the best about working on this project is that it gives me a new outlook on the impacts that engineering can have on our everyday lives," said fellow team member Arnoldo Ibarra, an undergraduate computer systems engineering student. "I didn’t know a lot about Psyche's mission originally, but I’ve learned that the mission itself has a purpose that can be beneficial to future students wanting to delve into space exploration and research, along with learning new ways to address a problem head-on.”

Team member Yacine Aboubacar says that the circuits design and implementation skills he developed at ASU are being implemented directly into an interactive board that is being built from scratch.

“I have always wanted to make a positive impact on the world,” Aboubacar said. “Knowing that what we are accomplishing today will be seen by thousands people a year for several years, and that some of them might be impacted enough to think about having a career in a STEM-related major, is one of the things I love about this capstone project.”

Their project is expected to be completed by the end of the spring 2019 semester. The mentors include ASU Professors Ryan Meuth, Michael Kozicki and Dan McCarville, and Marston Exploration Theater manager Ric Alling.

The Psyche spacecraft is planned to launch in August 2022 and travel to the asteroid using solar-electric (low-thrust) propulsion. After flying by Mars in 2023 for a gravity assist, the spacecraft will arrive at Psyche in 2026 and spend 21 months orbiting the asteroid, mapping it and studying its properties.

The spacecraft's instrument payload will include a magnetometer, a multispectral imager and a gamma ray and neutron spectrometer. The mission will also test a sophisticated new laser communications technology, called Deep Space Optical Communications.

The mission is led by Arizona State University. NASA’s Jet Propulsion Laboratory is responsible for the mission’s overall management, system engineering, integration and test, and mission operations. The spacecraft’s solar-electric propulsion chassis will be built by SSL.

The School of Film, Dance and Theatre in Arizona State University’s Herberger Institute for Design and the Arts is launching a new workshop this summer for screen actors. The Screen Acting Summer Intensive workshop will be held over two weekends in July at ASU Film Spark in Santa Monica at the ASU California Center and also will be available as an online workshop.Students will participate in sma...

The School of Film, Dance and Theatre in Arizona State University’s Herberger Institute for Design and the Arts is launching a new workshop this summer for screen actors. The Screen Acting Summer Intensive workshop will be held over two weekends in July at ASU Film Spark in Santa Monica at the ASU California Center and also will be available as an online workshop.

Students will participate in small workshops and learn about auditions, tools of the trade, monologues, improvised scenes, teleprompter techniques and voice-over. 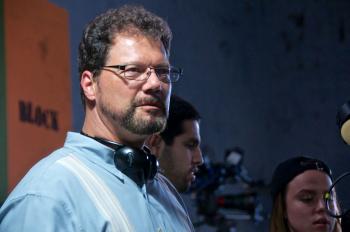 Gene Ganssle, a lecturer in the School of Film, Dance and Theatre, will work with Los Angeles-based coaches to teach the Screen Acting Summer Intensive workshop. Download Full Image

Gene Ganssle, a lecturer in the School of Film, Dance and Theatre, will work with Los Angeles-based coaches to bring students a dynamic live and online experience on the business of screen acting. Ganssle has been acting professionally on stage and screen for 30 years in the Phoenix area, with more than 500 films, radio and television commercials and industrial projects and dozens of stage roles to his credit. He has directed plays and feature films, runs his own video production company and has taught classes to thousands of students, including almost 10 years teaching acting and video production at ASU.

The continuing education workshop, which also features practical advice on the Los Angeles and Phoenix markets, is for actors of all skill levels, including community college, college and ASU alumni in the LA area. For students unable to attend in person, online enrollment is available at a dramatically reduced rate for online viewing of recorded workshops, submittal of questions and professional evaluation of self-recorded exercises.

The workshops are limited to 20 slots for the in-person workshop to ensure individual attention.