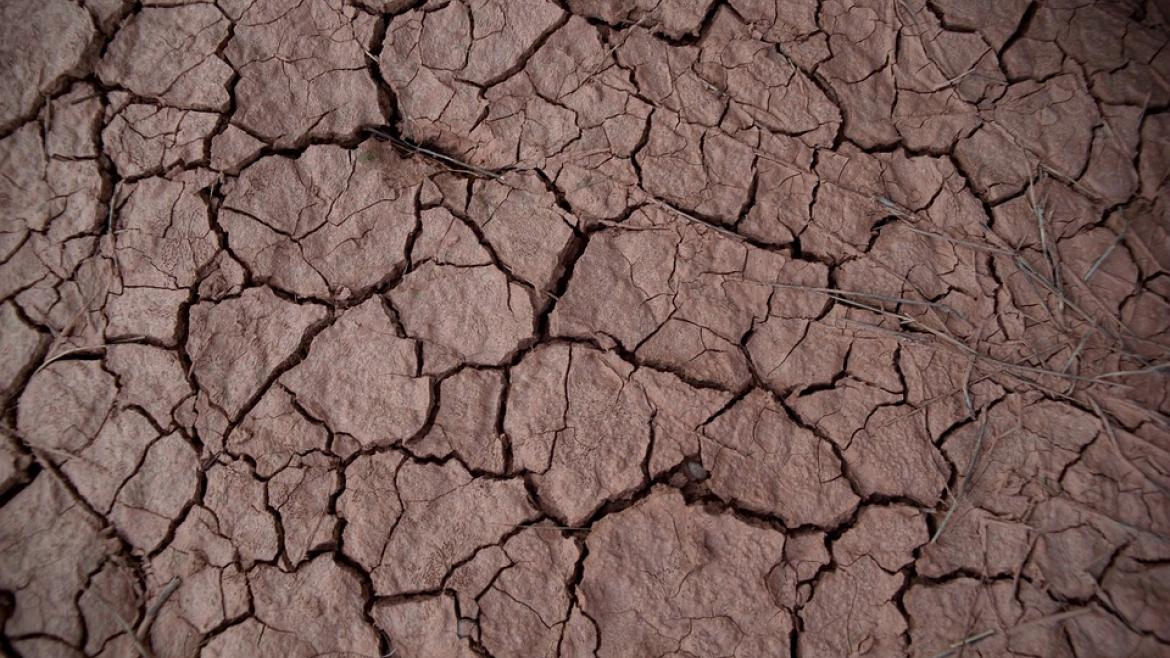 Professor says crisis should serve as a 'wakeup call to all major U.S. cities'

Cape Town, South Africa is hurtling towards a water apocalypse with “Day Zero” — when authorities will turn off the taps — pegged for the first half of April.

The crisis, which has placed the city in peril, was caused by years of draught, insufficient and aging infrastructure, and population growth. To find out what this means for Cape Town residents and if a similar disaster could strike Phoenix, ASU Now turned to Dave White, a professor in the School of Community Resources and DevelopmentA unit within ASU's College of Public Service and Community Solutions and director of Decision Center for a Desert City. 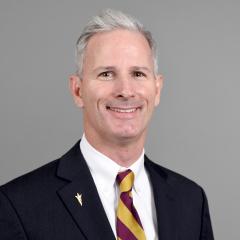 Question: Cape Town’s water crisis sounds apocalyptic. How did they get to this point?

Answer: The causes of Cape Town's water crisis are familiar to water managers in water-scarce cities around the world: limited supplies, dramatic population growth, aging and inefficient infrastructure, persistent drought, inadequate reservoir storage and climate change impacts. The recent severe drought, which has lasted three years, was almost certainly made worse by the impacts of climate change, including rising temperature and declining precipitation. Our best scientific projections lead us to expect more frequent and extreme droughts in the future.

This crisis should serve as a wakeup call for cities around the world. These are among the very same challenges that we face in western U.S. cities like Phoenix, Las Vegas, Denver and Los Angeles. In the western U.S., our urban water systems have proved to be remarkably resilient, in part due to far-sighted planning, professional management and conservation, but there is clearly a pressing need to develop new innovative solutions (to) transition urban water systems to adapt to multiple interrelated stresses, including climate change.

Q: Water is now being rationed and limited in Cape Town. How long can they survive this crisis and how can they get their water reserves back?

A: Officials in Cape Town have capped water use at 50 liters (about 23 gallons) per person per day and, according to best estimates, only about half of households have met those targets. In contrast, residents in the Phoenix-metro area typically use between 50 and 150 gallons per person per day. Such severe rationing directly affects residents' daily life by limiting indoor use for cooking and sanitation as well as outdoor use for landscaping. This rationing also increases risk for public health as people are not able to maintain proper hygiene. The current crisis has also negatively impact tourism to the region, which diminishes economic activity.

Q: I’ve read reports that despite the gloomy prediction, Cape Town residents aren’t curbing their water use. What will this look like for them?

A: The reservoir system supporting Cape Town is projected to collapse on the so-called "Day Zero,” which is currently estimated to be April 12 but could be soonerThe "Day Zero" date has recently been moved up from April 29, 2018.. At that point, reservoirs will be only about 13 percent capacity but the remaining water is too filled with silt to be usable. Water deliveries will be limited to the most essential services such as hospitals. According to city officials, residents will have to obtain water from one of about 200 water stations around the city.

While everyone is hopeful that residents will pull together for the best interest of the communities, there is obviously cause for concern about social and political unrest and even violent conflict. The most vulnerable members of the community including lower income residents, elderly, and those with limited capacity to cope with the crisis will be at most risk and require special aid. Among other things, this issue highlights the implications of resource management not only for community sustainability but also for national security.

Q: What will it take for Cape Town to recover?

A: There are no easy solutions to the Cape Town water crisis. The city will need to implement dramatic conservation, upgrade its water infrastructure to reduce losses, and develop new supplies, potentially through coastal desalination, although that option is costly, energy-intensive, and takes time. There needs to be coordination across all levels of government, from federal to local, and across all sectors of the economy including public, private and non-governmental.

While Cape Town as one city cannot individually deal with the impacts of global climate change, this city, and South Africa in general, must push the global community to reduce the problem by dramatically reducing emissions that drive global warming and climate disruption.

Q: What is Phoenix doing right when it comes to water conservation and what can they do to improve?

A: It may surprise some to learn that Phoenix has emerged in recent decades as a national and international leader in water management. The cities in our region and their partners have planned well for drought, population growth, climate change impacts, and the changing dynamics of water use in the region. For instance, the city of Phoenix has reduced per-capita demand by about 30 percent in the last 20 years through effective supply management, a well-diversified portfolio, conservation programs and technological innovations. Phoenix has also developed novel approaches, such as a water sharing agreement with the city of Tucson that increases management flexibility and saves money and water. The state of Arizona has negotiated proactively with other states that share in the allocation of Colorado River water to anticipate potential crisis and implement plans to avoid the worst effects of the prolonged drought in the West.

Despite these many past successes, the sustainability and security of our region's future is far from certain. We need to develop new and innovative solutions to support a transition toward urban sustainability where our water system supports a thriving economy, healthy environment, and vibrant and just communities. The solutions include, for instance, greater public engagement in water management planning and decision making, public and private investment in technology and infrastructure, rainwater harvesting, enhanced recycling and reuse of wastewater, cross-sector conservation and demand management, and development of new renewable supplies where feasible.

Super blue blood moon: A perfect reason to look up on Jan. 31

From an early-morning lunar eclipse “blood moon” to an evening blue “super” moon, Wednesday, Jan. 31, will be a day full of lunar excitement. READ MORE: What’s with all these solar system events? Start the day with a lunar eclipseOn the morning of Jan. 31, the full moon will glide through Earth's shadow, creating a total lunar eclipse. The eclipse will start in the Phoenix area at 3:5... Super blue blood moon: A perfect reason to look up on Jan. 31

From an early-morning lunar eclipse “blood moon” to an evening blue “super” moon, Wednesday, Jan. 31, will be a day full of lunar excitement.

READ MORE: What’s with all these solar system events?

Start the day with a lunar eclipse

And it's expected to be a bloody good show.

“A total lunar eclipse is often called a ‘blood moon’ because the moon appears to turn red,” said Aaron Boyd, research analyst for ASU’s Lunar Reconnaissance Orbiter Camera (LROC). “What you’re actually seeing is the light from all of Earth’s sunrises and sunsets falling on the surface of the Moon. When this red light strikes the lunar surface, the moon shines red."

Unlike a solar eclipse, you can safely look at a lunar eclipse with the naked eye — no special equipment needed. Binoculars or a telescope can be used to view the lunar surface and the eclipse in greater detail.

Representatives from the Lunar Reconnaissance Orbiter Camera (LROC) will have a telescope set up from 5:30 to 7:30 a.m. on the ASU Tempe campus on the top floor (west side) of the Apache Boulevard parking structure, located on the corner of Apache Boulevard and Normal Avenue. The telescope will be set up to look at the moon, Jupiter and Mars.

“A total lunar eclipse is a beautiful sight to see,” Young said. “It’s also a way to learn about how the solar system moves, to observe the mechanics of the universe, and it gives us a reason to look up.”

How a spacecraft orbiting the Moon prepares for an eclipse

The LROC team is making special preparations for Wednesday’s total lunar eclipse, but not to take pictures.

Instead, because LRO is a solar-powered spacecraft, the eclipse will cut off its solar power supply and plunge it into cold darkness. To prepare, the ground team will be doing as much as it can before the eclipse to warm the spacecraft. Just before the spacecraft enters the eclipse, all non-essential systems will be shut down to conserve power so the spacecraft’s batteries can be devoted to warming the instruments and keeping them in working order.

“I always worry when there is a lunar eclipse,” said Mark Robinson, of the School of Earth and Space Exploration and LROC’s principal investigator. “Normally, LRO has to run off its battery for a little less than an hour, but during a total lunar eclipse the spacecraft does not see the sun for over three hours.”

LRO has been operating since 2009, so, like an older mobile phone battery, the spacecraft’s battery doesn’t have the same capacity to charge as it used to. “We are turning everything off in the spacecraft that we can in order to survive,” Boyd said.

End the day with a blue super moon

Wednesday will also bring us a “blue moon,” so called when a full moon occurs twice in a month. Since the moon goes from new to full and back again in 28 days, a longer month will sometimes have two full moons, one at the very beginning of the month and one at the very end. Although not exactly rare, they occur only every 2.7 years on average, hence the common saying, “once in a blue moon.”

“We should expect to see that the moon appears about 14 percent larger during a super moon,” Boyd said.

To celebrate the blue “super” moon, the School of Earth and Space Exploration’s LROC team will host a Blue Super Moon event on Jan. 31 on the ASU Tempe campus. Experts from LROC, the AstroDevils and the School of Earth and Space Exploration will be on hand to answer questions about the moon, including how the solar-powered LRO spacecraft kept its instruments warm during the eclipse.

The Blue Super Moon event, which is open to the public, starts outside of the school’s main building (ISTB4) on the Tempe campus at moonrise, 6:27 p.m. Telescopes will be set up for optimal moon viewing (weather permitting) by the ASU AstroDevils. Moon posters, postcards and LROC mission stickers will be provided to all attendees.

At 7:30 p.m., you can catch a 3-D show, “The Moon Revealed” at the Marston Exploration Theater. This live-narrated 3-D show provides an unparalleled look at the moon in 3-D, including historical missions to the moon and the latest research from LROC.

Tickets for the 3-D show may be purchased in advance online or at the box office prior to the show. Mention code “BlueMoon” and receive a special discounted rate of $5 per ticket, either in person or online.