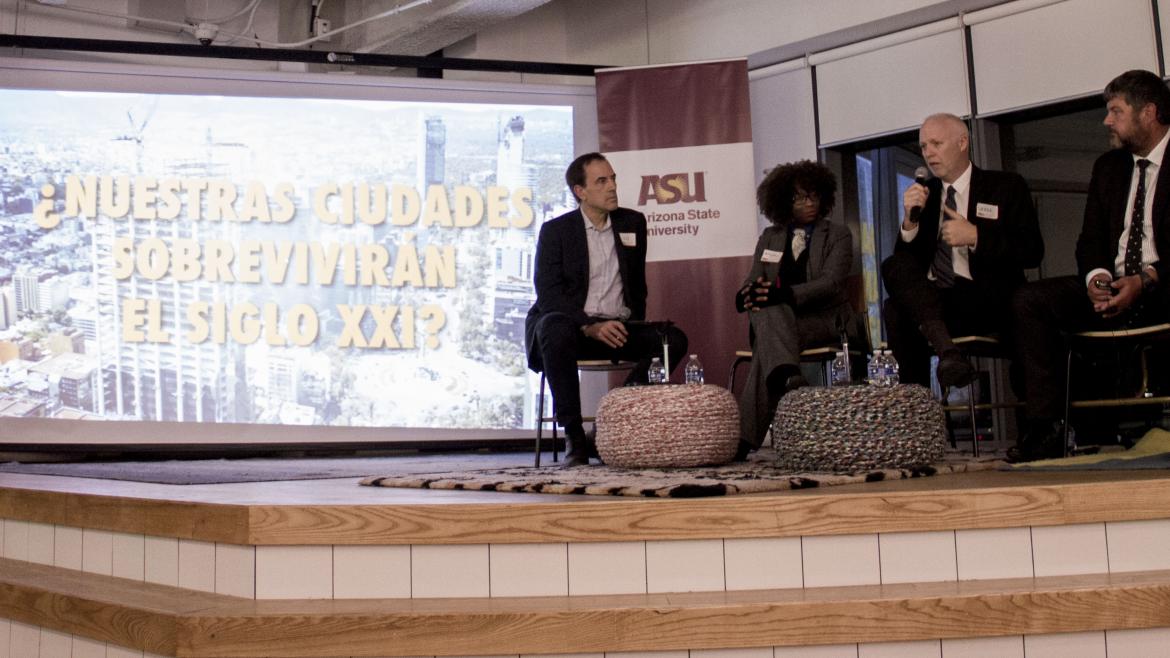 Will our cities survive the 21st century?

The city of Miami is sinking. Yes, in the literal sense — swaths of the metropolis, built on flat permeable limestone, will be swallowed by seas expected to rise between 4 to 8 feet globally by the century’s end.

The $50 million waterfront condos still being developed on Miami Beach; the working-class stucco homes miles from the coast in Hialeah; beaches, hotels, office buildings, malls, hospitals, schools, highways, wastewater treatment plants and airports in between will be under water.

"Long before Miami is the New Atlantis, it will be broke and waterlogged and full of half-abandoned neighborhoods where mosquitoes breed and leaking septic systems turn Biscayne Bay into an algae-filled lagoon," Rolling Stone contributing editor Jeff Goodell wrote in his recent book, "The Water Will Come: Rising Seas, Sinking Cities, and the Remaking of the Civilized World."

It’s also the scene Goodell set for the audience of “Will our Cities Survive the 21st Century?,” a Future Tense event co-hosted by Arizona State University and COMEXI, Mexico’s influential foreign affairs think tank, on Jan. 23 at one of Mexico City’s WeWork spaces. The conversation brought together reporters, experts and resilience officers from around the world. And, partnered with a 38th-floor window view of the western hemisphere’s second-largest city, it put the stakes on display.

Goodell explained that though not every city faces the same threats, the Miami thought experiment provides a good analogy for the risks others will face in the coming decades. Rising seas coming for Rio de Janeiro and Jakarta. Blaring heat waves looming for Phoenix and Dubai. Deadlier quakes lying in wait for Los Angeles and Tokyo. Megafloods on the horizon for Rotterdam and Guangzhou. The specter of scarcity, migration, disease and instability that will spill over from the stress of climate change.

Mother Nature is a fierce adversary, he said, and presents challenges that can’t be easily engineered away. Where are we going to spend our money? Who and what gets protected or saved? Who lives behind the sea walls, and who doesn’t?

Getting our priorites straight

Atyia Martin, the former chief resiliency officer for the city of Boston, said she had to think a lot about these questions of priorities. When she started her job in 2015, she said, “We realized we had to look at ‘resilience’ from a different perspective. A lot of times with resilience, people get stuck on the environment, on infrastructure, on assets, on the economy, but we don’t really connect the dots between those things and people. The reason all that stuff exists.”

Looking at the data, Martin said she and her team saw how previous initiatives disproportionately burdened people of color — the majority of the city’s population —exacerbating existing inequalities and stressing the social cohesion that makes urban life successful.

“We can’t claim our city is resilient if only some of us are resilient,” she said.

Martin and others in the conversation said that any successful future for cities relied on involving all communities when communicating threats, setting priorities and making decisions about mitigation and adaptation.

When Shade Shutters, a senior sustainability scientist at the ASU Julie Ann Wrigley Global Institute of Sustainability, said he went to communities and economic developers in Arizona with tools to help them create green economies, they initially dismissed him, responding that they wanted to prioritize jobs. The mindset was often, "put food on the table first, then you can think about the long-term."

Shutters said it took years of back and forth to realize that rebranding “green decision tools” as “innovation and creative economy tools,” and asking Arizonans “how would you like to be an energy-exporting state?,” could get all parties to engage and realize they want the same thing. 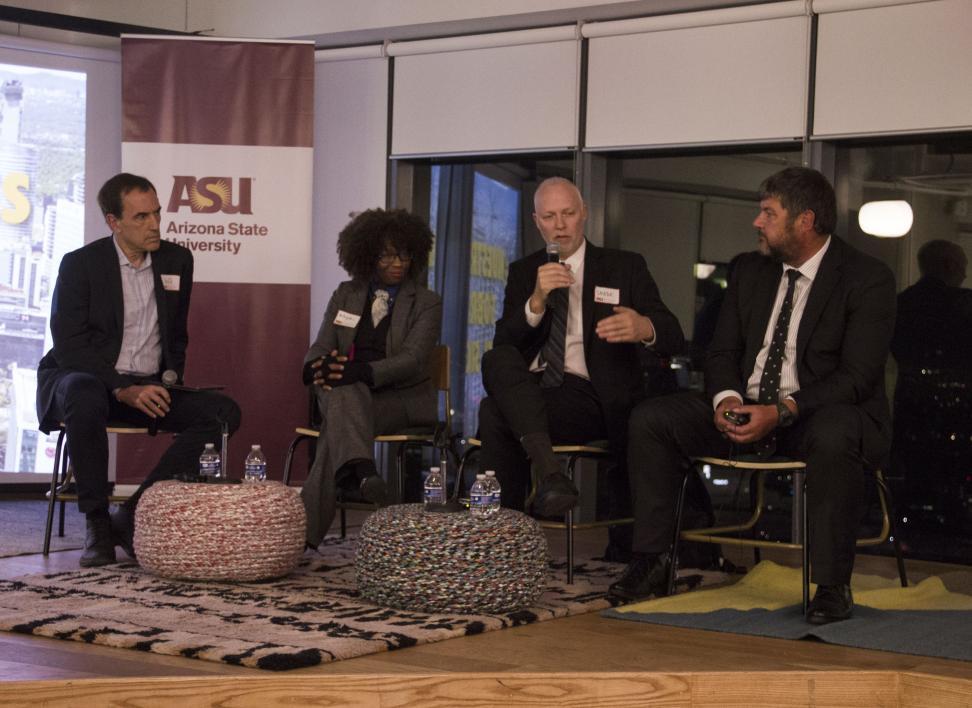 But with the magnitude of the potential devastation climate change, natural disaster, economic disruption, and other threats pose, how much truth can you tell people before they feel hopeless, overwhelmed, or in denial? Then how do you turn that information into change when the inertia to do everything the same is so strong? It’s something Barack Obama struggled with, Goodell said, who interviewed the president when he made a public trip to the Arctic in 2015.

“Never let a good crisis opportunity go,” said Baxter, who acknowledged the political difficulty of taking action to adapt to the rising seas, heat waves, floods and prolonged droughts that climate change has already started to bring to the nation. After disasters, people are quick to forget the nightmare of their experience and the goodwill it inspired among the community after.

A big theme of the second half of the event was how crisis worked to make Mexico City more resilient. After a devastating earthquake hit the capital in 1985, killing thousands if not tens of thousands of people, public pressure pushed the government to invest heavily in earthquake engineering, stricter building codes, evacuation protocols, and early warning systems. When powerful twin quakes hit last September, including one on the anniversary of the 1985 disaster, the city fared far better.

But the metropolis of nearly 9 million, with suburbs that raise the population up to 21.3 million, isn’t yet as resilient on other measures. Chronic sociopolitical problems, chiefly inequality and corruption, strain the city. As do environmental and engineering problems, including pollution, traffic, floods, and a water supply that’s stressed, overexploited, and depleting. Oh, and the city is literally sinking into the ground.

Sergio Alcocer, a research professor at the National Autonomous University of Mexico’s Institute of Engineering and president of México Exponencial, a think tank focused on advancing tech-savvy public policies, said tackling these many issues should start with setting a minimum standard of resilience for all residents, and prioritizing areas below that standard first.

“Mexico City is a city of many cities,” he said, alluding to the vast differences in character and quality of life across the sprawling megalopolis. In one of Mexico City’s largest and poorest neighborhoods, Iztapalapa, for example, the municipal water pipes are so filled with cracks that families can’t count on them for water. Instead, they must wait hours for unreliable delivery trucks for a few days’ supply. Meanwhile in wealthy Condesa, for reasons of affluence and geography, clean water flows freely. A strong resilience plan, said Alcocer, needs to focus on “democratizing quality of life.”

Some of that is already coming from citizens. In the 1980s, Alcocer said, Mexican society was not as demanding, and people often accepted problems as a given. In recent years, he said, more people have been claiming their place, both pushing government and making changes in their own communities.

As a child growing up in a heavily polluted Mexico City in the 1980s, Arnoldo Matus Kramer — now the city’s chief resilience officer — said such citizen pressure forced government to monitor and improve its air quality. He also said he sees a great sustainable mobility movement rising in the city. Young people starting to walk, bike, or take public transit during the week may finally break the car culture that’s led to the city’s nightmarishly congested roads. Meanwhile, there’s been a rethinking of how public spaces can enhance sustainability, such as parks and soccer fields that double as catch basins during floods, or installing rainwater collection and treatment systems. Governments, nonprofits, and entrepreneurs (including a bar that sells artisanal purified rainwater) are already on it.

Top photo: Panel members at the "Will Our Cities Survive the 21st Century" event spoke on topics regarding climate change, sustainability and disaster prevention. Photo by Zayda Ávila

Meet Carlos Valiente, PhD, an associate professor in the T. Denny Sanford School of Social and Family Dynamics.Question: Tell us about your research in Ethiopia.Answer: The key goal of the research was to test if Ethiopian children’s temperament is related to their academic competence. A secondary goal was to test why these relations are present. To accomplish these goals, I worked with seven E...

Question: Tell us about your research in Ethiopia. 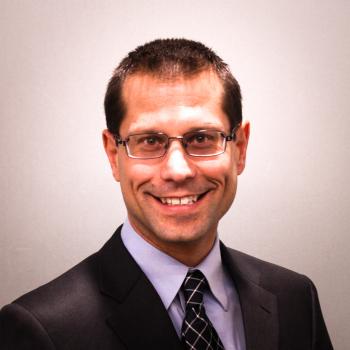 Answer: The key goal of the research was to test if Ethiopian children’s temperament is related to their academic competence. A secondary goal was to test why these relations are present. To accomplish these goals, I worked with seven Ethiopian colleagues to collect data from children in pre-K to 2nd grade. Children completed tasks that assessed their emotional engagement in school and self-regulation. The teachers reported on children’s emotions, self-regulation, relationships with peers, school engagement, and achievement. All children were from extremely materially poor families. In fact, most were living on about $35 USD a month, and many lived in and around the trash dump in Addis Ababa.

Q: What were you hoping to achieve with your research?

A major limitation of the existing research is that it only represents a very small percentage of children, say maybe 10 percent, and these 10 percent largely reside in WEIRD (White, Educated, Industrialized, Rich, Democratic) societies. It is therefore largely unknown if the same processes I study among children living in Phoenix are relevant in other societies. I wanted to expand our knowledge and help local organizations as they strive to meet the physical and educational needs of children in their programs. 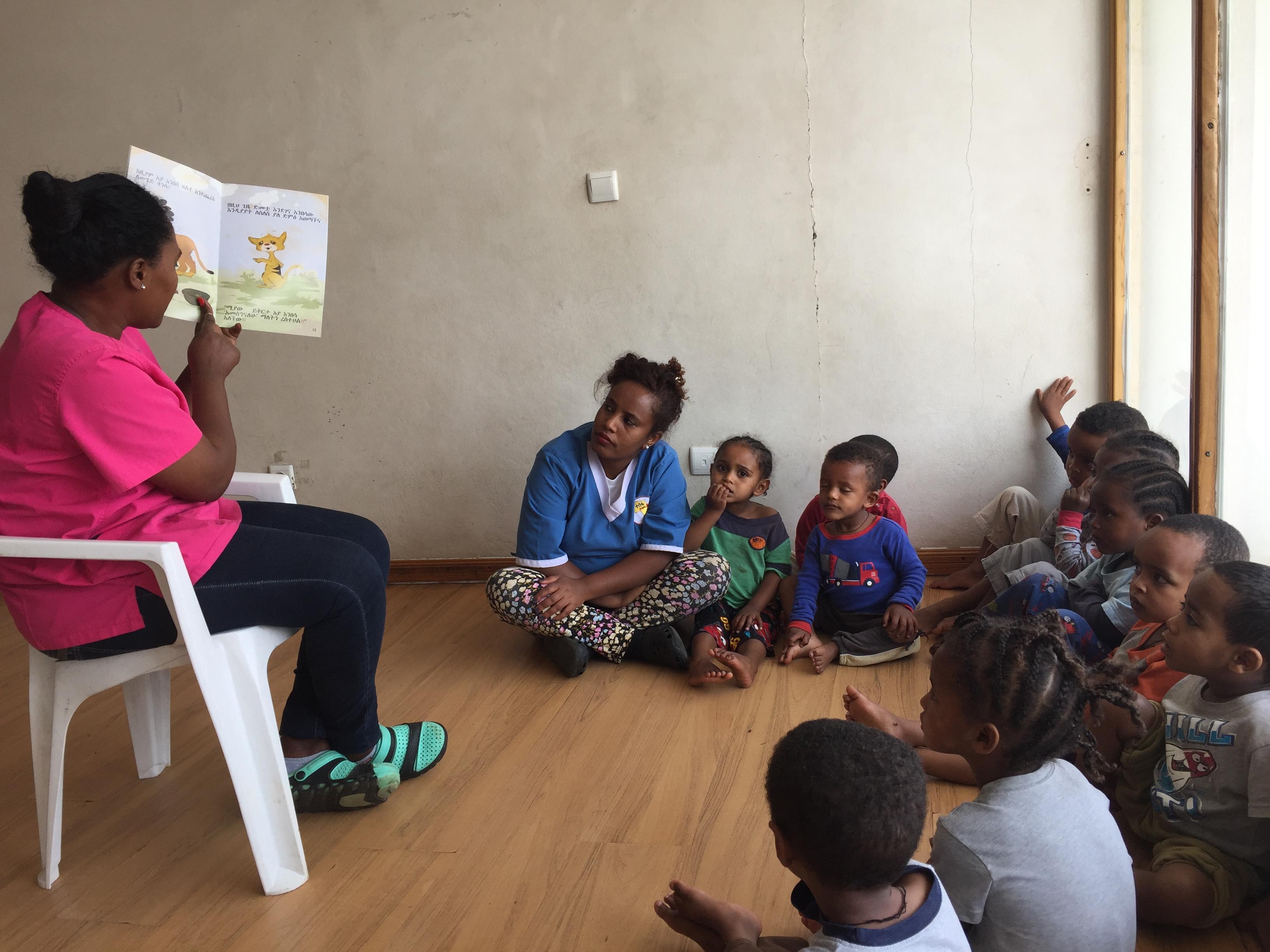 An Embracing Hope caregiver is reading a story to pre-school children.

While working for Embracing Hope, I:

• led efforts to implement play-based and reading activities that are designed to improve the quality of care being delivered—especially as it relates to social and academic development.=

• wrote two funded grants for Embracing Hope that will allow them to purchase learning materials, purchase items to improve the delivery of drinkable water and food, purchase medical supplies/pay for medical visits, acquire funds to prepare for the next community disaster, and improve their IT system

Living in Ethiopia must have been an incredible change from living in Arizona. What stands out most from your time there?

It was quite difficult to constantly live in a stressful and impoverished environment. There was stress related to overcoming challenges of everything taking longer and being harder than what we experienced in the USA. In addition, shortly after moving to Ethiopia, there was significant political unrest. As a result, the government declared a state of emergency, which created a lot of uncertainty about if we could remain in Ethiopia. It also impacted our ability to use the internet and travel. But, the hardest part was living among an extremely poor population and learning when and how we could serve the people in our community in a way that would have lasting benefits.

The College of Liberal Arts and Sciences T. Denny Sanford School of Social and Family Dynamics