Women around the world have been excluded from many professions throughout history, including, until recently, city planning and management.

The result has been twofold: a lack of diverse viewpoints to tackle urban issues thoroughly and overlooked design needs — such as poor lighting and a shortage of public restrooms and ramps — that impact the healthiness, safety and usability of public spaces. 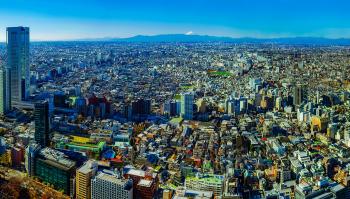 But Arizona State University alumna Katrina Johnston-Zimmerman is out to change all that.

Johnston-Zimmerman is both an anthropologist and an urbanist — a person who plans cities. Within the last year, she left her New York City job and founded her own consulting company, THINK.urban, which uses anthropology to design more livable cities. But she’s also become a pivotal figure in the movement to help women take charge in urban planning.

“I like to bring historical and archaeological contexts to urbanism. The more we understand ourselves, past and present, and how our environment shapes us, the better we'll all be in our urban habitats,” she said.

She traces her expertise in these goals back to her undergraduate at ASU, where she earned a bachelor’s degree in anthropology from the School of Human Evolution and Social Change.

It’s a constant battle to persuade cities and designers that scientific research, such as anthropological survey, is a crucial part of making sure that public spaces benefit the people who use them. But now that she works freelance, Johnston-Zimmerman has the liberty to focus on activating change in the areas she feels need it most.

“I work better when I have the ability to manage my own time and initiatives, which makes consulting an appealing alternative to the nine-to-five grind,” she said.

For example, one of her recent projects was helping the United Nations High Commissioner for Refugees rethink the way the agency plans refugee camps.

“Human beings need certain things in order to feel comfortable in different environments, and a refugee settlement should be no different than a city in that regard,” Johnston-Zimmerman said. Even if a family’s space is “temporary,” factors such as customizability and comfort are still important, she adds, especially because many refugee stays can last a decade or longer.

Besides this work, she also has been consulting on a research plan that will shape Long Beach, California's system of bike paths and co-hosting Third Wave Urbanism, a podcast on the latest urbanism news.

"We can start by listening to women, putting them in places of leadership and ensuring that they are equally represented in the planning process.”

Her most ambitious project yet, however, may be the Women Led Cities Initiative, which aims to both lift the voices of female urbanists and explore how building cities with women in mind can improve their overall livability.

Johnston-Zimmerman hosted a kick-off meeting for the initiative last October at Placemaking Week in Amsterdam, an international public-space design conference. There, she and fellow urbanists were able to discuss the challenges of feminist city planning and identify common goals.

Women have already made great contributions to urbanism in recent decades, as well as some instances in the distant past — Johnston-Zimmerman lists the female architects of ancient India and the city of Miami, founded by Julia Tuttle, as examples.

“However, we've never truly been in control of urban environments,” she said. “In a sense, we don't know what this will look like. But we can start by listening to women, putting them in places of leadership and ensuring that they are equally represented in the planning process.” 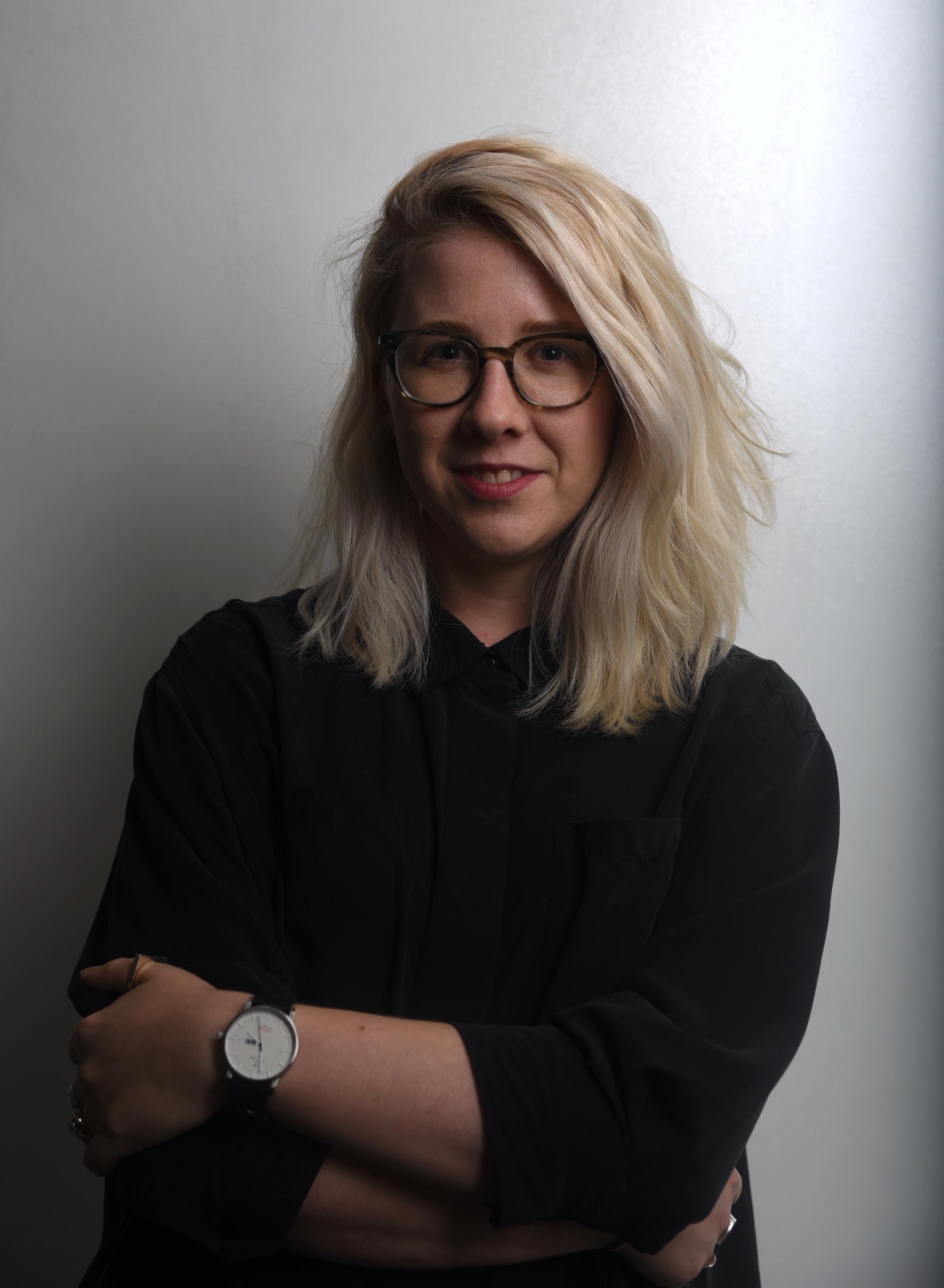 Katrina Johnston-Zimmerman is an anthropologist and an urbanist.

The female mayors of Paris and Barcelona, Spain, are another encouragement to Johnston-Zimmerman. Barcelona intends to create “superblocks” to restrict traffic and convert many streets into public, walkable spaces. And in Paris, local government aims to make the city center a pedestrian-only zone. Together, they demonstrate the benefits of planning cities around the needs of all people, including women, and the power of bringing diverse voices to that planning process.

As for the Women Led Cities Initiative, it will host its first working conference in Johnston-Zimmerman’s hometown of Philadelphia on March 24–25.

“After that, the sky's the limit,” she said. “I would like to see this turn into an international conference and produce materials that assist cities in adding women to their urban planning and management teams.”

When asked how she would encourage others who are interested in shaping the areas they call home, Johnston-Zimmerman had simple advice.

“There are so many people of different backgrounds working to make our cities better, from policy and research to planning and community development. If we lift each other's voices, we can change the culture of urbanism for the better.”

Arizona State University’s Mary Lou Fulton Teachers College has been awarded a $12.4 million grant by the Kern Family Foundation to develop and incorporate character education into its teacher and leadership preparation programs. These programs will include undergraduate programs, graduate programs, non-degree certificates and professional development programs.

Carole Basile, dean of ASU’s Mary Lou Fulton Teachers College, said the desire to address character education arose from the conviction that one core purpose of education is to support the development of citizens who have the habits of mind and disposition to maintain civil society and serve the public good.

“The great American experiment in self-government has always rested on our ability to educate citizens capable of reasoned argument, respectful discourse and the hard work of balancing individual ambitions and the public good,” Basile said.

While ASU’s Mary Lou Fulton Teachers College prepares students to become successful and capable educators throughout its programs and courses, the investment from the Kern Family Foundation will support the college as it consciously articulates and builds character education into the school’s curricula and design. Basile noted that while the college’s curricula and programs have long emphasized service learning and social responsibility, the Kern grant allows the college to bring a “new level of intentionality and structure” to the work of integrating concepts of character and character development into the systems, norms, curricula and processes of the school. This would be the first effort of its kind and scale for a college of education.

“We are committed to deepening the relationship between the university and our surrounding community,” ASU President Michael M. Crow said. “Social embeddedness is one of our core principles, and we see this expanded emphasis on character education as an opportunity to enhance not only the quality of life for our students and citizens, but also the quality of engagement with our democratic process.”

As faculty and staff developed the college’s proposal, they engaged in spirited discussions about the meaning of character and the role of a college of education in nurturing it.

“We arrived at an approach to character education that aims to prepare our students to be effective educators and caring citizens,” Basile said. “Our conversations led to a view of character education based on ideas of equity and reciprocity. It embraces difference, multiple perspectives and the complexity of social life.”

“American parents say that the formation of strong character is their highest aspiration for their children,” Kern Family Foundation President James Rahn said. “Ninety percent of Americans say our democracy is only as strong as the virtue of its citizens. The Kern Family Foundation is impressed with the transformative vision for character education developed by Dean Basile and faculty and staff at the Mary Lou Fulton Teachers College. We are confident in ASU’s ability to bring this vision to reality and to become the anchor of a national network of colleges of education committed to character education.”

The college’s approach will integrate character education throughout its academic programs and co-curricular activities.  Among the practical activities the grant will support:

Basile emphasized that the commitment to character education is central to the college’s strategy and expanding vision.

“We asked ourselves: What are the qualities of our institution that render us most likely to succeed at redefining what a college of education can provide to students, the education system and society?